The great Kingdom of Edrea is the oldest one on its continent, it was founded in the year 0, and the way the world meassure time is based on it's founding. It started out as a meassure to secure land to live on for the humans and coordination enough to withstand the attacks from the Iwachi, but through the years it turned into something more. A powerful and influential kingdom with connections to several other continents.

King: The king is the head of the Kingdom, he is the most important figure outwards. He makes the last decisions and rules the Kingdom in the way he sees fit. He is not required to listen to other individuals when making decisions.   Queen: If the heir to the Kingdom is a woman, she will become queen and bear the same responsibilities as a king would. Her husband will not become king.   Head of council: The highest position in any of the councils that advise the king in different matters, the head of council is the one who organizes meetings and set the theme for the meetings as well.   Council members: The most powerful and rich people in the country are often councilmen in different councils that fit their experience and knowledge. In the council they advise the king, but he is not forced to take their opinion and act on it.

The Kingdom of Edrea was formed 770 years ago in an attempt to end the chaos that reigned in the human settlements. It was also in an attempt to be able to stand against the threat of iwachi invasions. As the years went by the kingdom bloomed and prospered, turning into a wealthy and well off kingdom, where there are many opportunities. That is not to say that no one is poor, the slums are a big part of the larger cities in Edrea.

The first real test of the Kingdoms strength and coordination came under the first great war, the Kingdom of Edrea was able to successfully war with The Country of Ildres without the destruction that was first anticipated. No one of the two sides managed to win the war and after a long period of starvation for both the civilians from both countries, they decided to make a peace treaty to ensure their people's well-being.

The people of Edrea are mainly humans and a few are Half-breeds, though these people are not accepted by the humans in the Kingdom. The hate against Iwachi is strong and the half-breeds are often executed or jailed.

The Kingdom of Edres is located on the eastern parts of Morlea, they control several islands close to Morlea as well. The only country neighboring them is The Country of Ildres, as they are the only two naitions on the continent.

There is a mountain range along most of the northern part of the border between the two nations. The mountain range is called The Laicha Mountain Range, where the all-important Shrine of Aralican is located. No one is able to find the shrine at the moment as it is hidden from view. The dissapearance of the shrine was nature and magic's way of saying that the wars should stop. 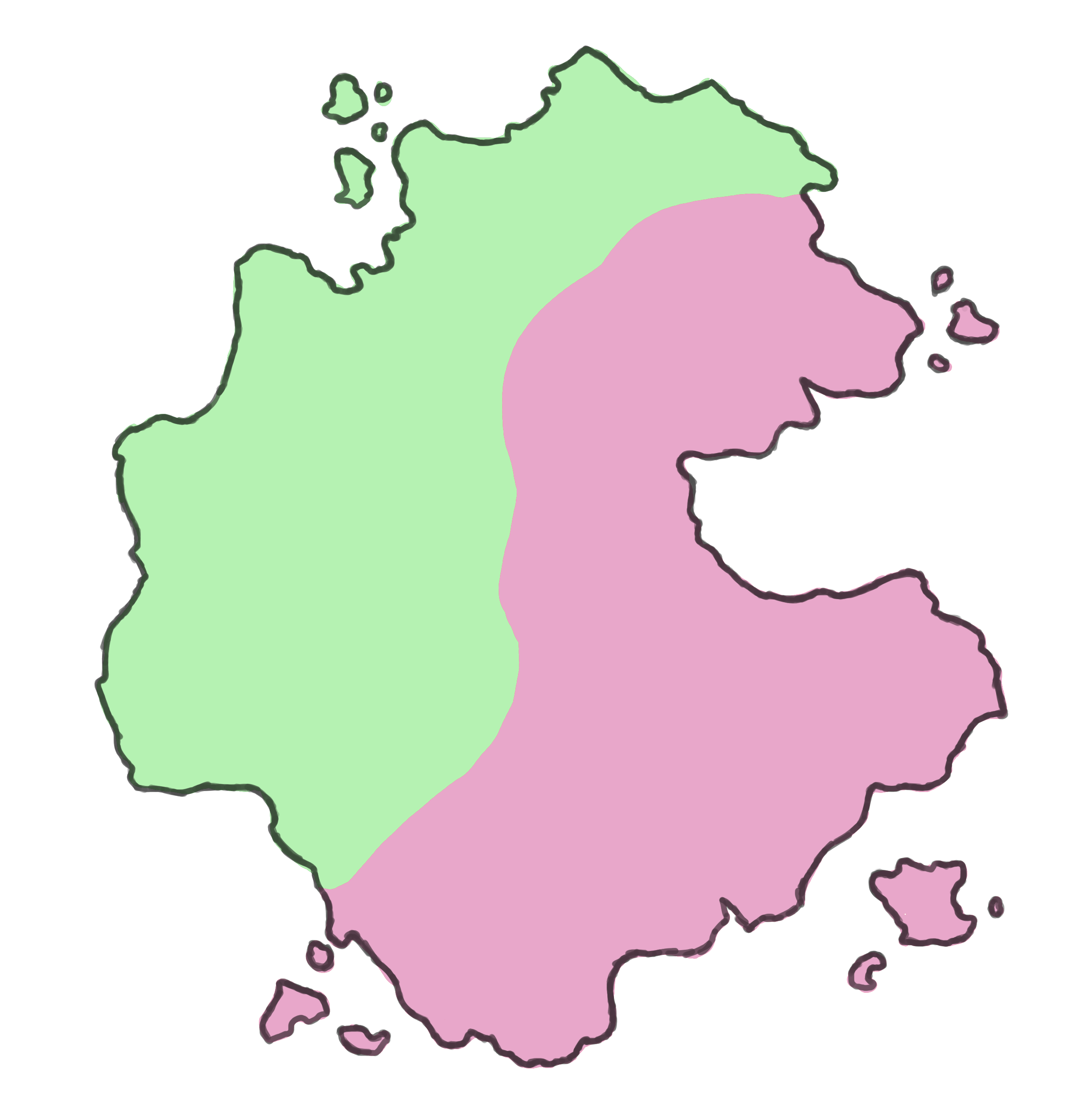 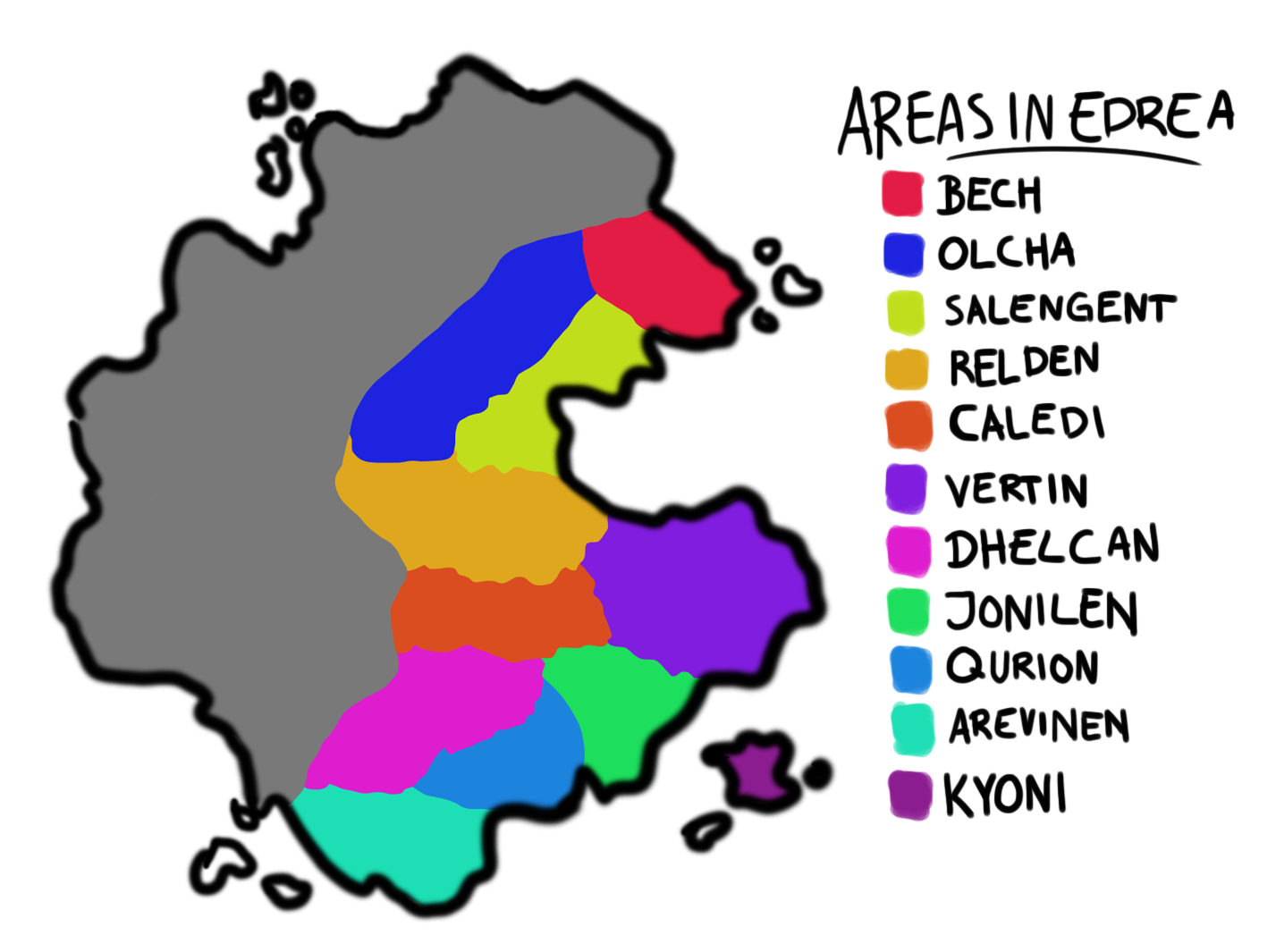 Edrea is made up of smaller areas, all looked over by their own lordships who are all under the kings rule. The kings and queens of Edrea all hail from Bech and are all from The Aslann Family. There are 10 other areas included in Edrea.   More on these areas will come soon. 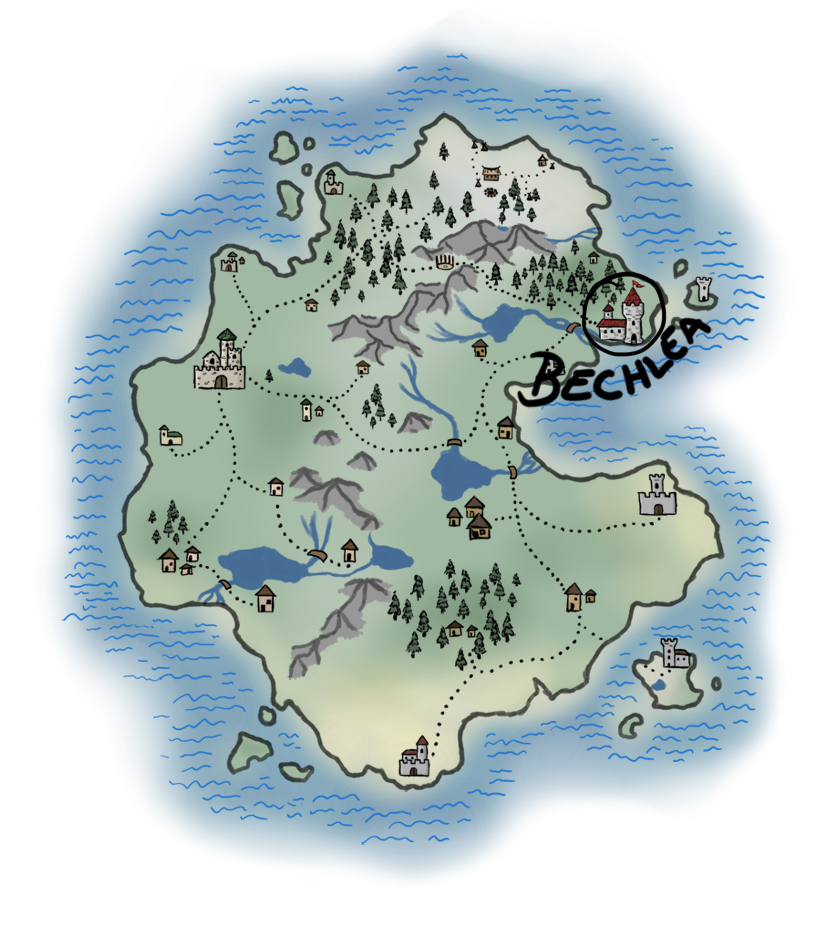 The capital city of Edrea is called Bechlea, it's also the biggest city in the world with a pupulation of 135.000 people. Bechlea is home to the entire royal family who live in the Castle of Lions.

The city used to have its own shrine called The Temple-Shrine of Bechlea, the shrine was sadly lost in the second great war and hasn't been working since.

We win with pride

-40
These two nations have had more than a few wars, two of which are known as great wars because they brought so much destruction. The people of each nation hate each other with a burning passion, they are far from being pals. The peace between the two is fleeting and there could be another war very soon if they don't try and mend their relationship.

-100
The Ring of death often take out elites within the ranks of Edrea's nobles and court, this has made the kingdom order execution of any members found. The guild is not very fond of the monarchy either, they don't like the hierachy in the Kingdom.

Articles under The Kingdom of Edrea

An area in Edrea. The territory in which Bechlea is.

A lordship in the Kingdom of Edrea. It's located near the mountain range and the Shrine of Aralican.

A trading town, the town where Bashel and Carlin come from.

The Forest of Lihan

HOLY FUCK. HOLY FLYING FUCKOSAURUS I AM IN LOVE WITH THIS ARTICLE. Seriously!!! Just looking at it made me happy and inspired . The way you detail the kingdoms history and territory is just so damned amazing! But that’s not the best part in my very honest opinion. It definitely has to be the illustrations and the artwork besides the GODDAMNED AMAZING FORMATTING YOU HAVE! I am seriously jealous at your art and formatting skills. The design of the gold coins and the banner with the lion in it is just beautiful to look at. I honestly enjoy reading every single bit of your world since it’s just so damned amazing. I have to say thank you again and again for just making such amazing articles and inspiring me. I didn’t see literally any flaw within this article. Congratulations ninne and keep up the GODLY AND INSPIRING WORK!