Zuree looked at her father, the crown upon his head was worn with certainty. He was a real king, a king anyone would follow into battle, even if it meant losing their life. He was everything she wanted to be, and everything others expected of her. Her shoulders were tense, as if the metaphoric burden of her rank laid on her shoulders at that very moment.

Zuree is a headstrong and confident girl, she is the Crown Princess of Edrea, but in reality she'd rather be anyone else. She's a free spirit, but her adventorous sides do not fit in with the image she is meant to uphold as the only daughter of the king and the heir to the throne.

She wishes she could be anyone but herself, but at the same time she's grateful for her life. She knows she has it easy in some ways where others struggle to meet days end. However, she has always been rather isolated. She was not allowed in the city unless with a load of guards. That would only bring attention to her, but all she wanted was explore the city without being seen as the Crown Princess. 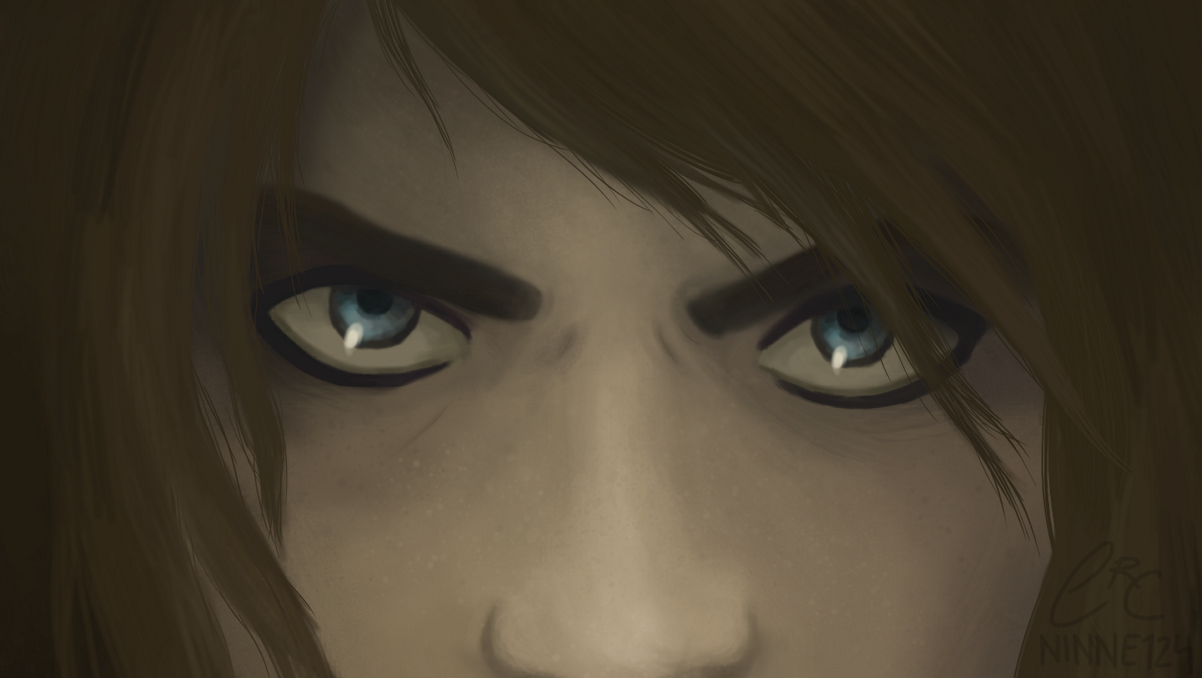 She usually wears dresses as it is expected of a princess to do. But on days when she can get away with it, she'll wear a tunic and pants, it allows for more movement when she wants to either train or explore the castle (though she knows every nook and cranny already from exploring it every time she was bored as a little child.)

Zuree can be found carrying a weapon at all times, just in case it is needed (it rarely is but, you know, just in case.) Her go to weapon is a dagger. In reality, it's more a decorational one to show status. But she has learnt how to fight with it well enough so that she could defend herself.

by Ninne124
She carries it in a holster secured to her thigh. In that way, her father won't know and she won't get scolded. Other than her dagger, she is formally trained in archery, the only sport her dad would allow her to participate in as she probably wouldn't get injured.

by Ninne124
As for her general physical traits, she looks rather nothern, though some of her mothers southern traits can be seen. She is rather fair, though her skin has a warmer undertone. Her eyes are bright and blue, her eyelashes long and dark. Her hair is a very dark brown, something she has from her mother, but unlike her hair it is lightly wavy but otherwise straight. Her mom's hair is very curly and hard to tame.

Many people believe that royals are hard to please. Maybe they're right, but Zuree is more simple than other royals it would seem. There are 3 things which are guranteed to bring a smile to her face, no matter how bad her day has been.

The first thing is writing poetry. No one knows she does this, her poetry book is her diary, and she has kept it a secret for around 3 years. She usually writes when she is stressed or frustrated due to her unique position and life.

She has written since she was around 14 years old, her very first poem being The Prison, a rather teenage-esque way of complaining about ones life. She wrote it because she felt trapped in the castle, which she was to some degree, due to her father banning her from leaving without at least 10 guards. 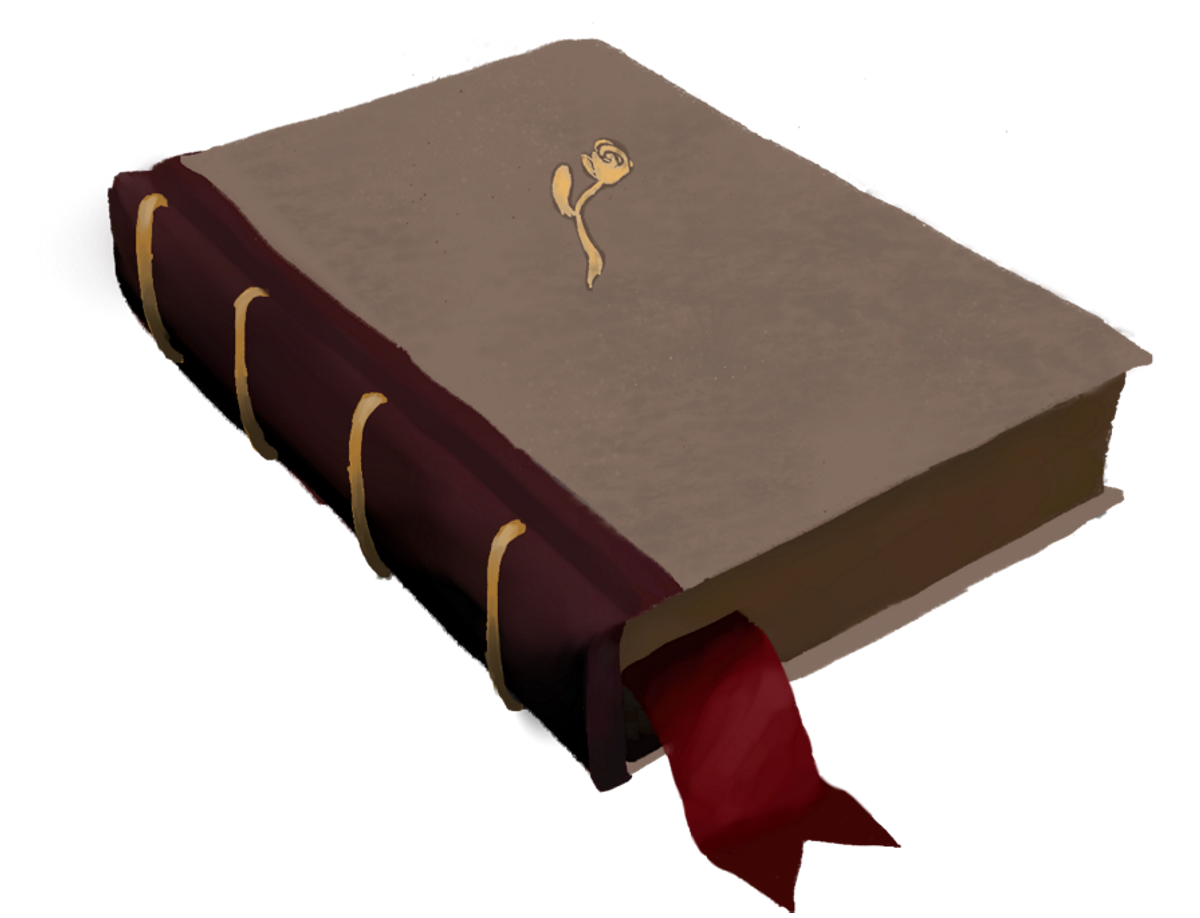 The Poetry Book by Ninne124

The second thing is archery, and more specifically showing off her skills in archery. Zuree isn't cocky by nature, but she likes to take people who are cocky down a notch or two. Usually the victims are the castle guards. If they see her as a damsel in distress she usually challenges them to an archery competetion. If she can get away with it, she'll challenge them to a game of Arrow-dodge, her very favorite sport.

The third, and most important, thing is Bashel. He is her best friend and the person who knows Zuree best. They've known each other for years, and he has become her personal guard after she made sure he and his younger brother Carlin had a home in the castle. Bashel was like the brother she never had and she could always count on him. He is one of the few people she trusts with her life.

In Morlea there is magic, though it can only be unlocked when an individual is over the age of 17 and only if they are at one of the shrines. All shrines except one were ruined in The Second Great War, the last one to stand is The Shrine of Aralican, but no one has been able to find it for years.

Zuree has magical potential, and not a small amount. Nobody knows this yet, but if it can't be unlocked she could get gravely ill. Worst case scenario is Magic combustion, which could kill her and potentially also the ones standing in close proximity when it happens.

Zuree might be a princess, but she is a human as well. As such she has her strengths and she has her weaknesses and flaws. Some of her greatest strengths are her strong will and her determination. She fights for what she believes is the right thing and will go a long way to convince others. It has aided her in many situations and is a key part of her personality.

Though the determination might be one of her strengths, it's also one of her flaws. She can get to stubborn and in some cases she fails to see the other side of a sitation. She also has trouble changing her mind.

They met in the city of Bechlea, the capital of the Kingdom of Edrea and the location of the Castle of Lions. Bashel was 11 and so was Zuree, but she had only turned 11 two weeks before meeting Bashel. Zuree had escaped her guards, not a wise thing to do as the heir to the throne. She met Bashel when he helped her hide from what he thought was dangerous men trying to kindap her, turns out he was wrong, but Zuree apreaciated the effort. Carrin, Bashel and Zuree talked and they told her they had no parents, Zuree felt bad and offered to bring them to her home. When she was reunited with her guards they demanded that she went inside the carriage so she wouldn't get lost again. She snuck Bashel and Carrin in through the back when she told the guards she wanted her cape because she was freezing. When they got to the castle and the guards uncovered the blind passengers, the king was furrious with his daughter. Zuree explained to him what Bashel had told her, and the king finally agreed to let them stay, if they would work at the castle. Over the years Bashel was one of the only kids who were allowed near Zuree, and one of the only kids at the castle, so they grew quite close. Then when Bashel turned 16, the king offered the position as her personal guard so that he wouldn't be assigned anywhere else. 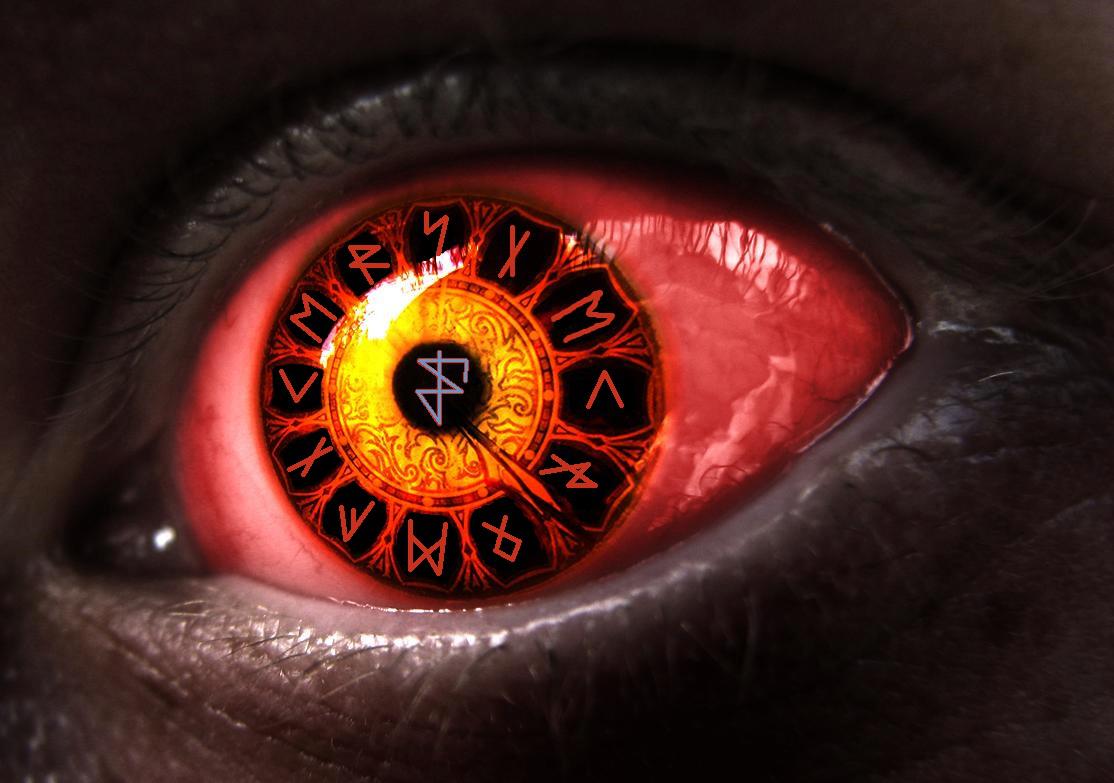 Read into other articles - am curious if the Shrine has always existed, how did they find out they had to go to this shrine to save themselves from Magic Combustion, and if the shrine is alive, how is it alive, and what gave it life in the first? Also concerning Zuree, should include a way to pronounce her name properly with tooltip. Even if the name seems easy to pronounce, should still add it just in case, same for Edrea and Bechlea (If mentioned, you can add the annunciation to excerpt).

Enjoyed the read, it flowed well and acted as a good lead into the other articles, I especially enjoyed reading up on the shrines, magical combustion, etc. Her favorites were an intriguing way to show off aspects of her personality, but perhaps I'm too old fashioned, I think including an actual personality section would add quite a bit. Appearance and such only goes so far after all.

This is really nice! A separate section for personality traits would be really neat though, something to guide the reader through her mind.

I'm so sorry it took me this long to realize it but you're a great artist. I didn't realize you did the art. It's great. Also in your relationships section, what is this graphic with the smile face and whatnot and what is it meant to mean. I've seen it but always have been afraid to ask lol. Pretty good article as well. You really get a feel for her character and she seems a well meaning and very kind monarch

Thank you so much for the comment :D   The smiley and the 5 symbolize how good the two characters relationship to the other is. I think there's 1 through 5, 1 is the worst and 5 is the best (this is a part of the WA features :D )

Reading tidbit: In the opening quote, I think that the word 'Metaphoric' is hardly necessary.   Knives aren't a great tool for self-defense they're too short for parrying or keeping your foes at a distance; although considering she doesn't want anybody to know that she's armed it's not a terrible choice. Still, I think it's good that she has archery skills (and potentially magic later) as a backup.   Also, great drawings. That's even a great creative crown shape you've got there.