Bashel Dawmere (a.k.a. Bash and Bai)

That bright smile, it was on her face once again the exact moment she saw him. Her very best friend, only friend though that didn't matter, Bashel stood before her. His lightbrown hair lightened from the sun and his olive skin more rich in colour than it had been in the winter. He was smiling back at her with a grin as wide as her own, his hazel-green eyes gleaming with joy.

Bashel is at a general height and seemingly normal build, however he is the type who builds muscle you can't see very well. Strong, but looks sort of weak to the eye. This is why he is an excellent guard, no one questions two teenagers out having fun (if Zuree is in disguise)

When he is in his human form he is an average height and does not seem like he has many muscles. One can see that he is fit however, he does train a lot. He looks like someone you would want to fight, as you believe you might win. Thing is, he is way stronger than he looks. He has pale skin, fluffy brown hair and green eyes, his face is pretty boyish, no square jaw or scruff to speak of.

When he is in his Iwachi form, he looks completely different. He grows about a half head taller, his shoulders get more square and all the muscles you didn't see in his human form present themselves. He gets claws and small fangs as well as dark green markings on his face. His complexion is pretty mild compared to other Iwachi, his features are almost the exact same but in different colors. His eyes get yellow, but the pupil remains unlike the majority of the Iwachi race. His hair turns a dark green color and his skin turns green as well. His ears get longer and pointed. He doesn't really look that much like an Iwachi though, a lot of their appearance comes from their hair and accesories.

Bashel is one of the half-bloods who look human, but if he get's worked up or extremely emotional his Iwach side often shines through in varying degrees. If he get's extremely angry he usually looks the most like an Iwachi. Though when he is scared his apperance changes as well. 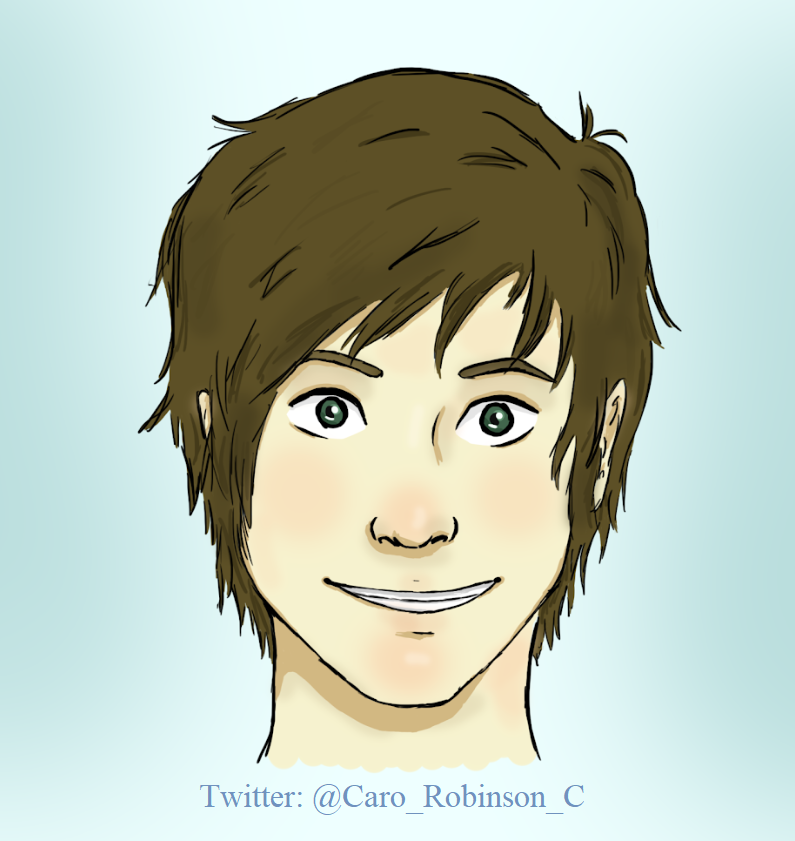 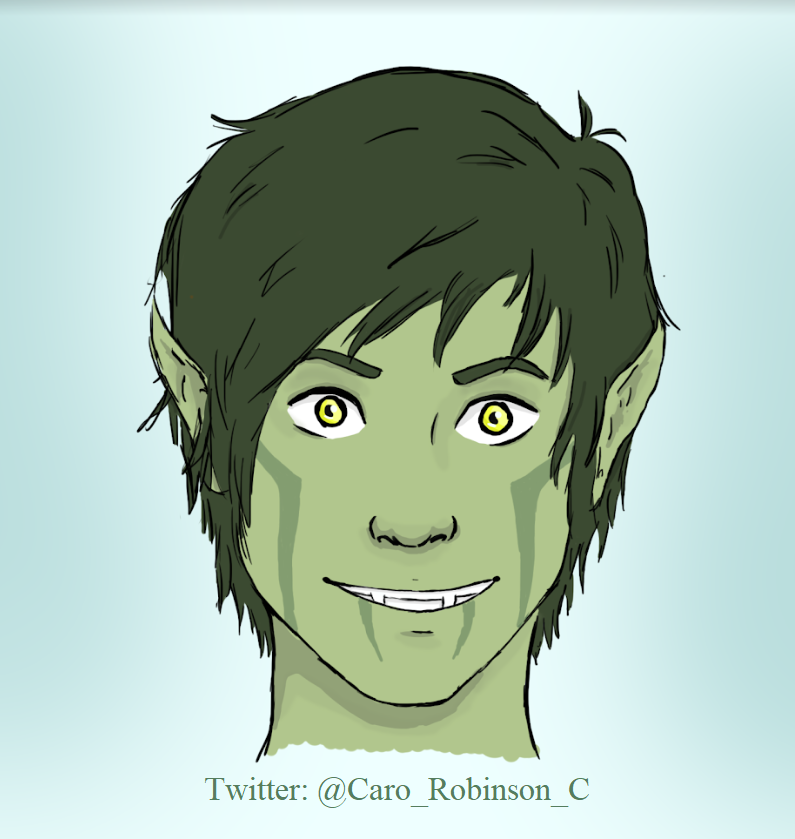 He has a birthmark on his right hand, he has named it "the potato" as it is the exact colour and shape of one. Zuree always likes to call Bashel a potato as well, and she says that the birthmark is the best portrait there has ever been made of him.

Shapeshifting. Bashel is one of the half-bloods who can shift between their human from and their iwachi form. Sometimes it is difficult, however, and he screws up occasionally.

Bashel can always be seen wearing his long boots, not many have figured out why he is so attached to them. Truth is, there's a whole arsenal of weapons stashed in them, he has to protect Zuree if it ever comes to that, so he always comes prepared. Always.

He is skilled with a sword and dagger. His mother taught him how to fight with a dagger when he was younger, in case anybody discovered that he was a half-blood. When he came to the castle to live, the guards helped train him in the art of the sword, which he has gotten rather good at over the years.

Bashel grew up in a trading town with his mother, half-brother and stepfather. His mother always says that his dad died and that's why she found a new man, and that is true. What she never told was that his father was an Iwachi, that she had been raped and that the monster died at her own hands only hours after. His mother loved him, she really did. His stepfather was a good man and he accepted him as his own, but he had no idea about Bashel's real father. Carrin is Bashel's half-broder, they're as close as siblings can possibly be. When the village found out that Bashel was a half-blood, both his mother and step-father was taken and killed by the angry villagers. Bashel and Corrin had managed to escape, but he had to explain his smaller brother quite a bit about himself and his past. Then Bashel came to the capital of the Kingdom of Edrea where he and Corrin met a mysterious and adventurous girl. She get's in trouble, and Bashel comes to her rescue. Turns out she was the crown princess of the Kingdom and she thanks him by letting him stay at the castle and work there. He ends up being a combination of a adviser and a guard who is assigned to Zuree at all times. His brother gets a job in the kitchen as he is a culinary genius.

When Bashel was taken in by the royal castle due to Zuree they were both around 11 years old, even though that is quite young, Bashel was put into guard training the day after he got a room in the servant quarters. From the age of 11 and until he turned 16 he trained everyday as well as helping out around the castle grounds when needed. When he was 16 he was appointed as Zuree's personal guard, but he continued his training.

When he first came to the capital, he had never had an actual job before. In Altein he usually just helped out with chores in the house, and he sometimes delivered ingredients to residents around the town.   When he came to Bechlea he and his brother had no where to stay and neither were employed. They met Zuree the day they came to the town, a very lucky coincidence, and after that he has been working in the castle. At first he was a guard in training, that went on for years. But as he and Zuree got closer and he excelled in his "education", the king decided to appoint him as a guard to Zuree so she could have a trusted and loyal friend with her at all times.

He got his brother to safety, and found shelter beyond anything they could've ever hoped for.   He became Zuree's person guard, something many of the people who had trained way longer than him had dreamed of since the salary was very good.

He could not protect his family, and he feels like it is his fault that they are dead. The village would'nt have killed them if he wasn't a half-blood. The fact that he was concieved because of a rape was only makes it worse for Bashel.

He has PTSD after the horrible events in Altein, watching his mother's terrified expression as she and his stepfather sacrificed themselves to buy Carrin and him time. He often has night terrors, he wakes up shaking and crying more often than not.   He is also terrified of people figuring out that he is a half-blood, it could get him and Carrin killed.

He overthinks a lot and has some degree of anxiety to go with his PTSD, when he panics some of his Iwachi features present themselves. If you ask Bashel, then he would also say that being a half-blood is a flaw in itself. He has a lot of selfhate and doubt about himself, whoch can get in the way of his life. He's addicted to training, it's one of the only things that let him get is emotions out without outing himself.

Very charming and semingly harmless person, though if someone gets on his bad side they suddenly wish they'd been nicer to him. "If looks could kill" is the best way of describing Bashel when he is angry.

They met in the city of Bechlea, the capital of the Kingdom of Edrea and the location of the Castle of Lions. Bashel was 11 and so was Zuree, but she had only turned 11 two weeks before meeting Bashel. Zuree had escaped her guards, not a wise thing to do as the heir to the throne. She met Bashel when he helped her hide from what he thought was dangerous men trying to kindap her, turns out he was wrong, but Zuree apreaciated the effort. Carrin, Bashel and Zuree talked and they told her they had no parents, Zuree felt bad and offered to bring them to her home. When she was reunited with her guards they demanded that she went inside the carriage so she wouldn't get lost again. She snuck Bashel and Carrin in through the back when she told the guards she wanted her cape because she was freezing. When they got to the castle and the guards uncovered the blind passengers, the king was furrious with his daughter. Zuree explained to him what Bashel had told her, and the king finally agreed to let them stay, if they would work at the castle. Over the years Bashel was one of the only kids who were allowed near Zuree, and one of the only kids at the castle, so they grew quite close. Then when Bashel turned 16, the king offered the position as her personal guard so that he wouldn't be assigned anywhere else.

They might only be half-brothers but they've been close their entire lives. Ever since their parents died, Bashel has taken care of Carlin as much as he possibly could. They are extremely close and care deeply about each other.

Usually Bashel will call Carlin Lin, C or Linny (the last one if he wants to annoy his little brother.) Carlin usually call Bashel Bash, B or Kit (short for kitten, it's a joke because Bashel's fangs when in Iwachi form looks like kitten fangs, or that's what Carlin says anyways)

Carlin knows that Bashel is a half-breed, which is dangerous for both of them if it comes out. Carlin could be sent to prison and Bashel would be killed. They care about each other though, and Carlin would never tell on his older brother. 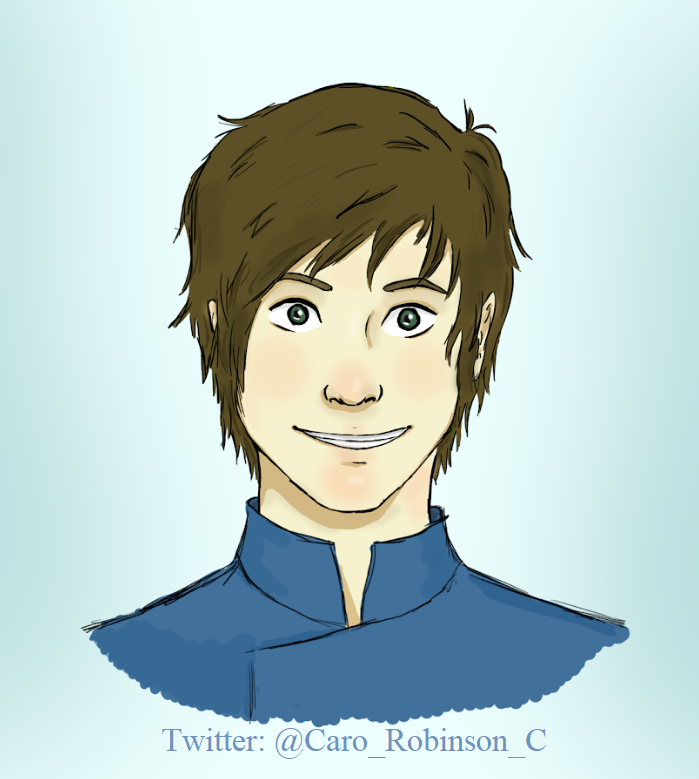 [slams table] He's cute and I love him! He deserves the world!

Does Zuree know about his Iwachi side? I sort of assumed so, but the article never said directly.   Also, how many weapons could he possibly fit in his boots? Are there throwing stars? knives? grenades? steel toes? a fold-up sword or shield?