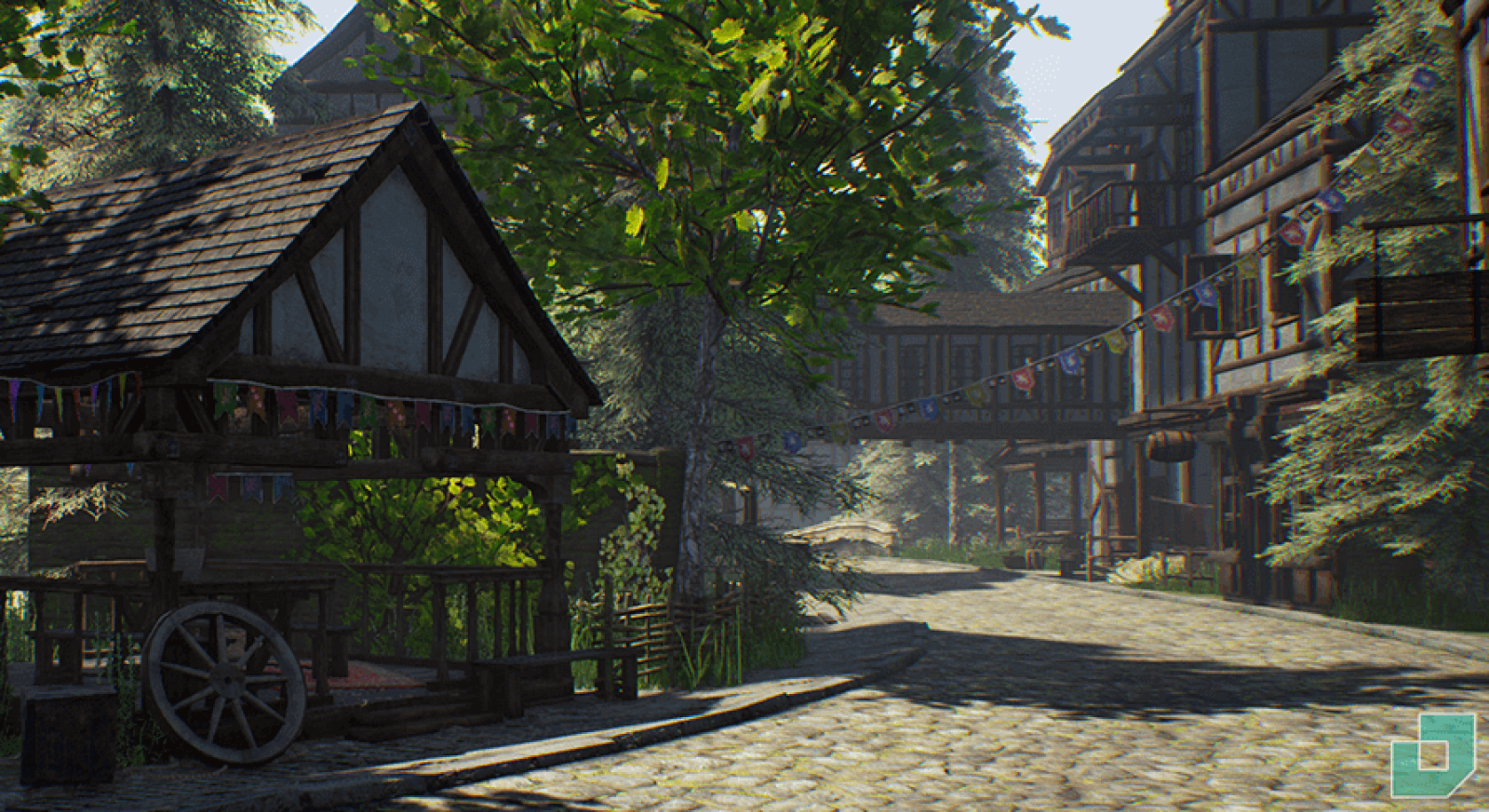 Altein is a trading town with a wide array of wares and people from all over the coutries, either living there or just passing through. The town of Altein is were Bashel and Carlin grew up with their parents until they had to leave.

The town only consists of humans and a few half-bloods, but they are in hiding to avoid getting hunted down and possibly tortured and killed by angry humans. Bashel used to be one of them
Show spoiler
before he was discovered and had to flee the town with his half-brother Carlin. Bashel and Carlin's parents were killed by the townspeople.

The Village is run under the same laws as the rest of the kingdom, though there are only few forces to uphold order. The taxation happens on work payments as well as the merchants income. Usually one has to pay 15% of their income.

There are defenses all around the town, but mostly focused at the side of the town that is closest to Ildres. It is a 2 meter high wall made of boulders.

Many in Altein live by lumbering wood and selling it to interested buyers on the market square, usually the buyers are servants of the royals in Bechlea, since it is rather dangerous to lumber wood in the forests in that area because of the Onogeci.

There are mutiple well built roads, mainly in the direction of Bechlea and other bigger villages. The roads between houses are made of dirt, whereas the roads to and from the major market places and trading stores are made of gravel.

There are 5 big market places in the town, two of them are pretty big and they are always buzzing with life. The three others are smaller, but still a meeting place for people looking to buy or sell their wares. There are also stands throughout the town selling various items such as trinkets, street food and clothes.

The town used to be smaller, but it has become a central of trade becuase of it's placement between other major cities. If one is going from the south of Edrea to the north, one is bound to pass through Altein. When people pass through Altein they often biy something, either bigger items or smaller such as food. But the town makes a lot of of travelers coming through and this has made the town blossom the last 300 years. It's still not big population wise, but the economy is thriving. 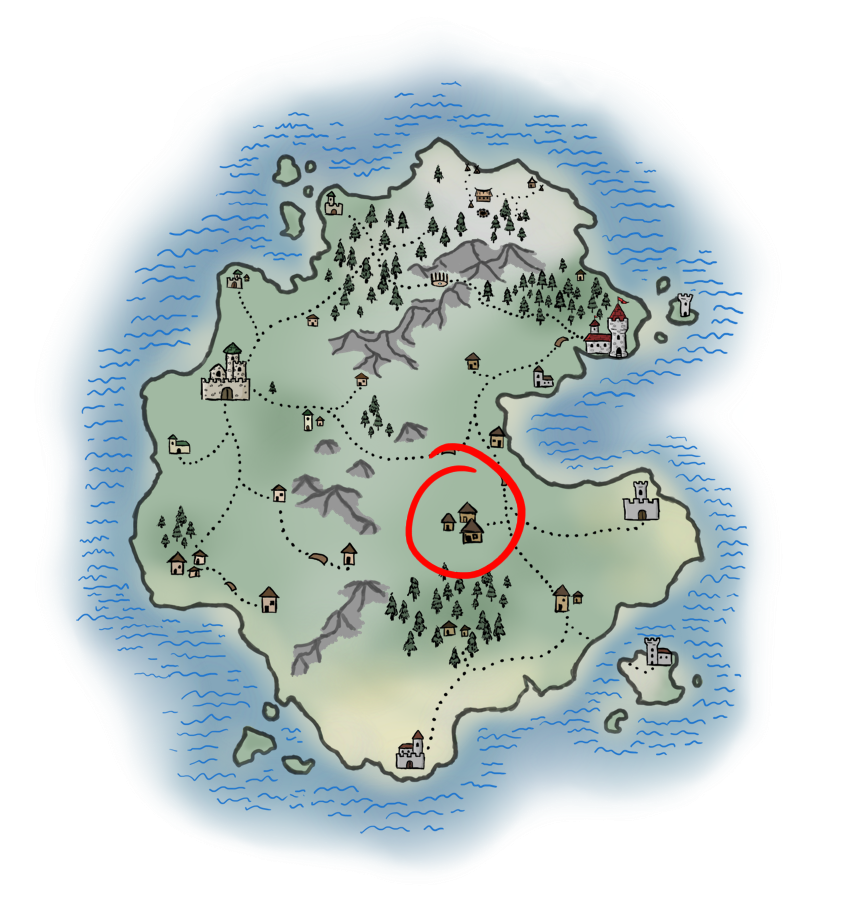 The buildings are mainly made of stone in the bottom and the tophalf of the wall is in wood. The floor is made of stone in the entire house exept for the sleeping quarters. People usually put flowers and flowerpots around their houses and vines are a common thing to find on the buildings. The Market places are wood stands with colorfull fabric to make them interesting and inviting to potential customers.

The natural resources found in the village is mainly wood.
Type
Town
Population
2200
Location under
Morlea
Owning Organization
The Kingdom of Edrea

Bashel you have to run! Take your brother, flee into the forest. We'll try to distract them. Go!
— Bashel and Carlin's mom, when Bashel was exposed as being a half-breed

Answering: "Describe a settlement that’s a major trade hub. What can you find there?"
Visit ninne124's Competition Page Check all other answers to this prompt Competition Homepage

For such a short article, I absolutely love this! Not only is the town itself short and easy to read, I just love the story of the characters who grew up here! The story about bashel and him being discovered was a great one indeed and had it not been for my boiling rage today, I’d have left a better comment. But still, congrats and keep up the amazing work ninne! You truly deserve more fame and love for all your hard work you put into your articles and to your GODDAMNED INSPIRING AND AMAZING WORLD