The port of the north

The sun reflected in the water, the sound of crashing waves floated through the air. It was a cold and clear morning. A few fishers were already out on the sea in their boats. A few dinghies had found their way out, but one was returning due to the harsh waves. The sun made its way from the shore and into the mostly empty streets of Arcmore as a new day began.

With a population of aproximately 960, Arcmore is the smallest of the three major Treil settlements in Halivaara. The village is rather secluded, just like the two other settlements, as they are cut off from the rest of Ildres due to the disputes between the Treil and the Nerna.   Arcmore is mostly dependent on itself and if there is any need for import, the only other settlements they have contact to are those within Halivaara. They have little contact with the humans in the Kingdom of Edrea. In reality they only have contact to Hinall, and even that is limited.


The village of Arcmore was founded around 300 AK, so roughly 450 years ago. It was one of the three major places were the Treil fled to after the Nerna hunted them, rounded them up and tried to eradicate them from Ildres.   The area Arcmore is in is called Halivaara and it belongs to the Treil by old agreements. Ildres no longer honours these agreements, but the country has been too busy with the first and Second Great War with the humans to persecute the Treil any further. Arcmore was the last of the three settlements to be founded, and it's the one furthest away from the rest of Ildres.
The reason people left the biggest village was primarily due to food shortages. Those in Arcmore now live off the sea and they have specialised themselves in sea voyage and fishing.   The inhabitants of Arcmore have been known to be among those who raided in Bech in The Kingdom of Edrea. Hinall was one of the primary targets due to the large amount of goods and materials they had.   There are still new people coming into Arcmore, most are either Humans or they're Half-breeds fleeing from certain death.

Compared to the rest of Ildres, Arcmore has a very big percentage of human residents. There are virtually no humans in the rest of the nation, but since the Treil don't agree with most of the Nerna ways, they don't agree with their hatred of humans either.   After Arcmore residents stopped raiding Hinall, the relationship between the humans there and the Treil Iwahi improved. They are the ones in the entirety of Morlea who are most welcoming of the other species. This has also lead to an increase of humans in the town, though not many Iwachi moved to Hinall, due to all the travellers who are still hateful towards them.
There are a lot more Half-breeds in Arcmore than in most other parts of Morlea. The reason for this is, that the Treil generally don't hate them. Arcmore and Halivaara in general are almost like safehavens for half-breeds, and many of them flee from their homes to get to safety. Some of the humans who've moved to Arcmore also get into relationsships with some of the Treil, which results in more half-breeds as well.

The typical architecture found in Arcmore is highly linked to the materials that can be found nearby. Dark timber, stones and clay is very typical building materials and that is reflected in the houses around town. The private homes in the city follow the general architectural style of Rama Houses, which are common in Halivaara and Treil settlements.
Public buildings often resemble the private abodes. The colorscheme is generally mirrored throughout the entire town, except for the Arcmore Sacred Halls, which is built with light-coloured stone materials imported mostly from Wodila'hei as well as wood stolen from Hinall. 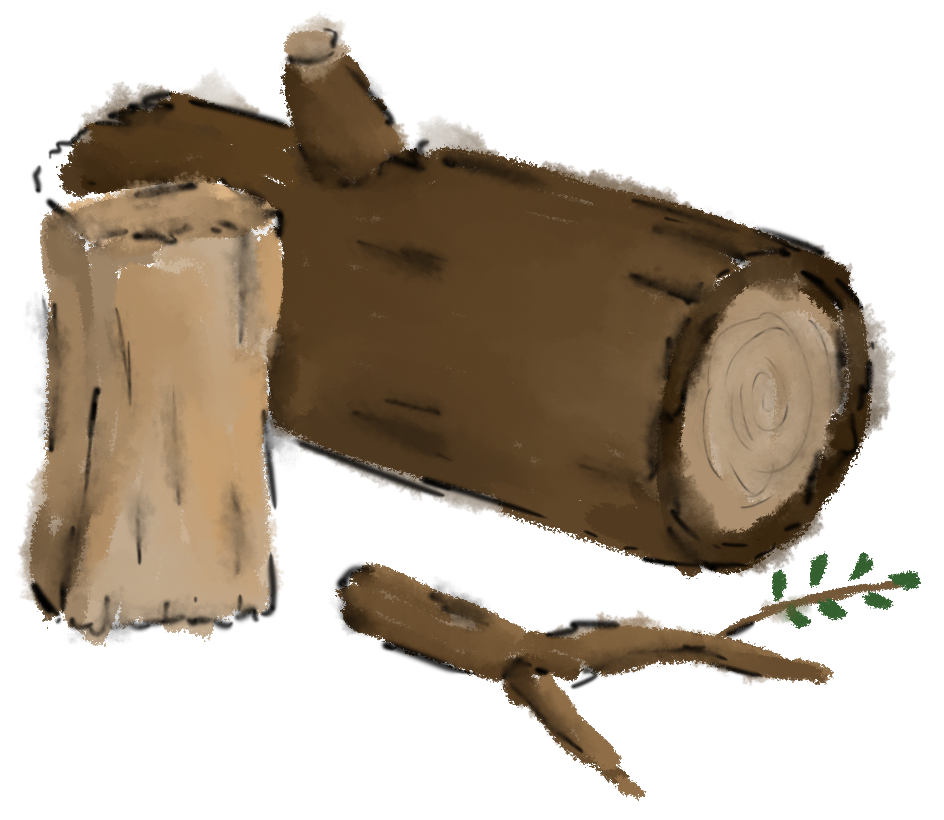 by Ninne124
Almost all buildings are rectangular or square, only structures such as the wells in the town are round. Most of the houses in the city centre are multiple story buildings, with the ground floors being around 30 square meters. The farm buildings on the outskirts of town usually only have 2 stories and cover much more grown. 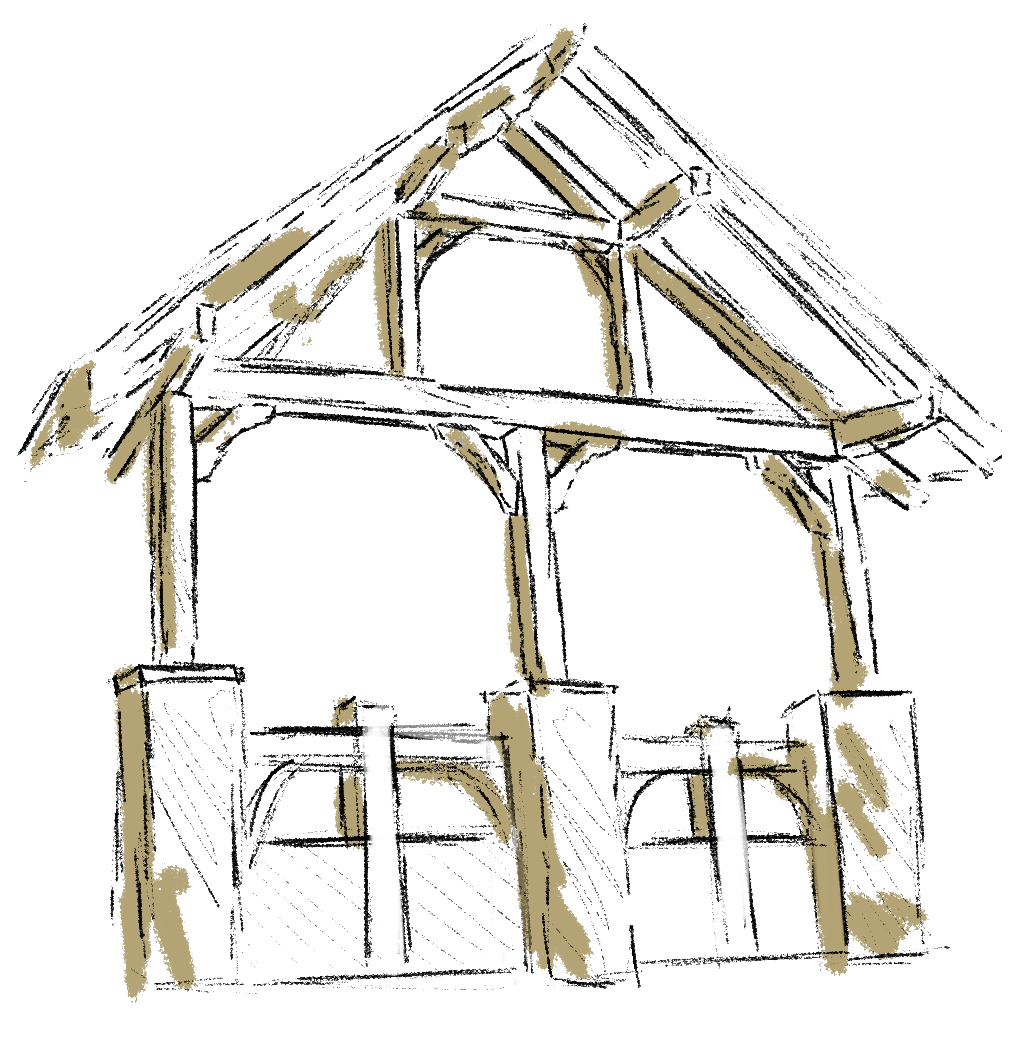 Time to bomb you with feedback! Congrats again on completing so many prompts so quickly. Since I'm attempting to leave a comment on all your new articles, these may be a bit shorter than they usually are.

As always, your art is lovely. I especially like the Rama Architecture picture. The main question that I have is about the relationship between the settlement and the southern continent. Do they trade regularly or was the light stone import deal something unique?

So now for the nitpicks, typos, and other minor issues. In the first quote, it says "The sun reflected in the water", I think it should say "on the water or off the water"

In the second paragraph after the quote, consider using a few synonyms for the word "contact". Replacing the second "contact" should make the number of contacts less noticeable. In the demographics, the "Percentage of pupulation" has a small typo.

Congrats again on being so productive!

Oh wow! Such a nice and short little article by the great ninne! I was about to be blown away because a LOT of the terms here were unfamiliar with me but you managed to link them Together very well! I’d say this was an amazing feat indeed! I’ll get to what i liked about this article first before critiquing. 1) First and foremost, I love how interconnected this article is! The links really make it interconnected and without them, I wouldn’t have understood this article XD. That alone already deserves a like from me! 2) Secondly, just the article itself. I love the intricate history of behind the settlement and the part about the Treil Iwachi escaping to here. It also makes sense that everyone here Cooperates with each other since they’re already in a tight situation with very few people to trade with XD.   3) And last but not least, the artwork itself was just gorgeous! It really gave off an old school fantasy setting like most of your articles so it really makes me interested in seeing that! ( it’s just a personal opinion though).   Now coming to the feedback part! I’m a bit short on time and sleepy too so forgive me if this comment was bad or feels robotic .   1) Who were/are some of the famous people from this settlement? What are they famous for?   2) How does law enforcement inside the city work? What are the agencies responsible for carrying out this task?   3) What about defences? How does this town defend itself? No matter how small it is, it must have defences of some sorts. Any sort of defence force or other defensive measures?   As always, I loved this article just like every single other article of yours! ITS JUST SO DAMNED FUCKING AMAZING! IF I COULD, I WOULD LIKE IT SEVEN TIMES! Three times for the article itself, twice for the artwork and once for the formatting. Your articles are always , GOD FUCKING AMAZING LEVEL OF COOL AND AMAZING! Congrats ninne and keep up the amazing and goddamned great work!