The protector of the people

Oh lookie here, it's the lion! When ye'r see his arse sitting on his lil' stone, ya know ye're close to the sparkling city!
— Aloss the trader


The Lion of Bechlea is a monument placed a bit out from the town, just where the northern and southern major roads join up. It's generally used as a marker by traders, so they know they're not accidentally going north at the junction instead of east. The lion is pretty noticeable since it's placed on top of a large boulder, which is balancing on smaller boulders.

The first lord of Bech was Lord Chren Aslann. The name the current royal family bears is the same, as they are direct decendants from Lord Chren. The last name Aslann means lion or brave in the old Edrean language.   The first King of the The Kingdom of Edrea was King Chren Aslann II. He was the one to unite all of the different lords under one banner. The other lords had the sculpture made as a symbol of their united strength and the strength of their king. They placed it in front of what would later become Bechlea.   The Lion is seen as a national symbol and as a pride of the whole country. Generally, lions are on everything in Edrea, even the flag. The statue is what initiated this tendency and it is regarded as the source of the entire lion obsession in the Kingdom.
Alternative Names
The Protector
Type
Statue
Parent Location
Bechlea
Owning Organization
The Kingdom of Edrea
Construction Year
Originally: 0 AK
The statue has been repaired and had parts replaced multiple times in the 700 years that have passed since the original construction.   Materials
Stone, Bronze

During conflicts and wars, parts of the involved parties take some hits. One of the things to have taken such "hits" through the times is the poor lion. It has been a target of rebel human groups, brigade Iwachi as well as the Ildrish army.   The Lion has lost its head at least 14 times through the years it's been standing. It has only been recovered 9 times, and due to that, the head on the lion is no longer the original one. This also means that there is a possibility of at least 5 people having a bronze lion head as memorabilia.

During The Second Great War someone tried to steal the entirety of the sculpture; stone as well as bronze lion. This was during the same battle where The Temple-Shrine of Bechlea was ruined beyond repair. What the Iwachi didn't realise was, that the humans had put a pretty powerful spell on the lion. Stealing or damaging it wasn't exactly the most original idea. It resulted in the death of every single member of an Ildrish battalion. 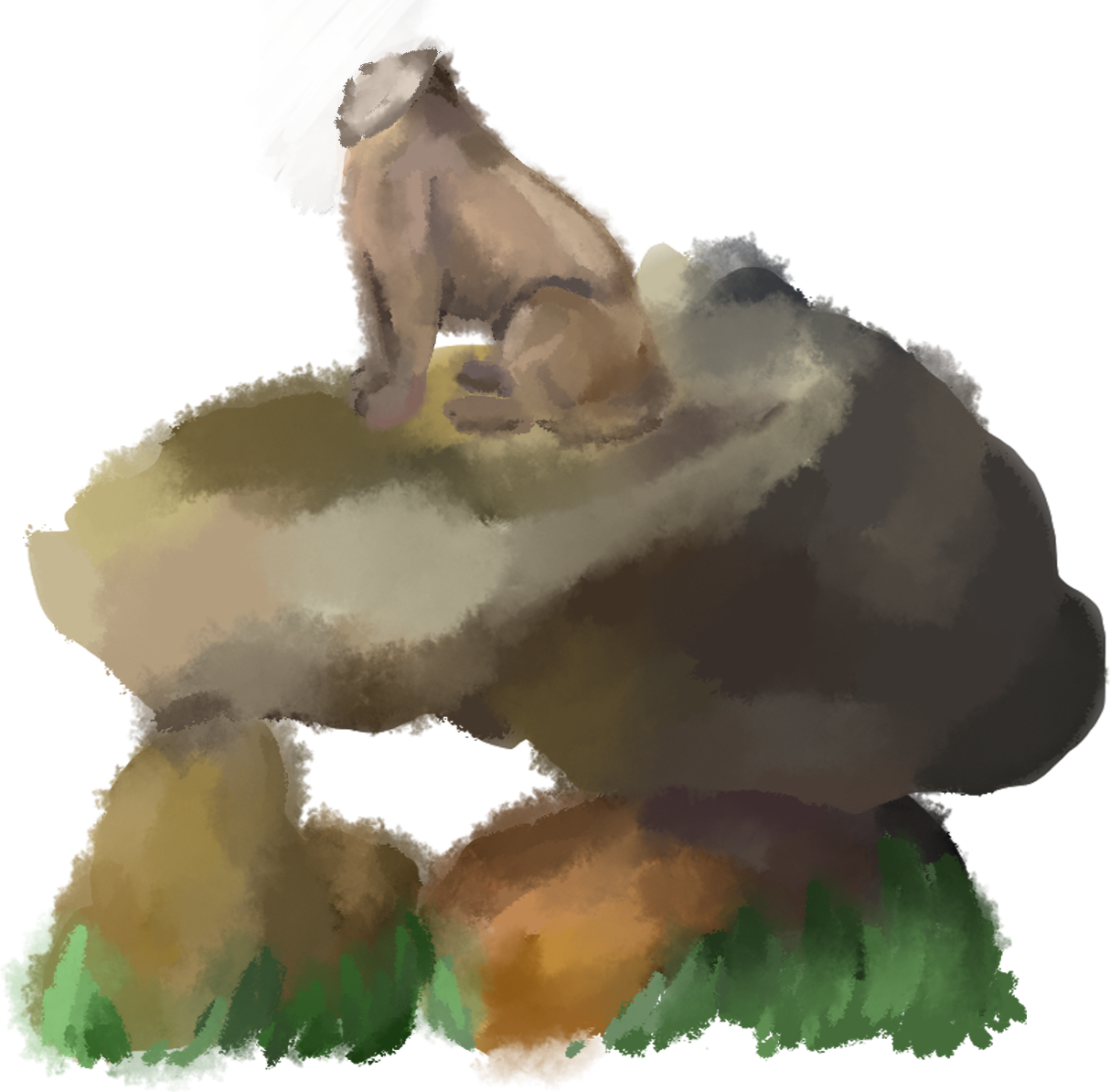 The first quote is wonderful :D Poor lion needs a good helmet or something. Doesn't seem healthy to lose a head so often. By the looks of it, you may have gotten a bit tired around the point when you got to the last paragraph. I'll mark the mistakes in bold.

During the The Second Great War (maybe add a comma here) someone tried to steal the entirety of the sculptue; stone as well as bronze lion. This was during the same battle where The Temple-Shrine of Bechlea was ruined beyound repair. What the Iwachi didn't realise was, (not sure if you need that comma there) that the humans had put a pretty powerful spell on the lion. Stealing or damaging it wasn't exactly the most original idea. It resultured in the death of every simple member of an Ildrish battalion.

Other than those minor problems in the last sentence, the article was great. I like that you wrote "poor lion" and "wasn't exactly the most original idea", it gives the article a nice tone or something like that. I can see the sun rising from where I sit so I probably shouldn't mention such fancy things as tone. I'm barely good enough at understanding all that stuff when I'm fully awake.   Keep up the great work! I look forward to more of your articles, your writing, and all of the pretty pictures.

Thank you so much Dhel!   And damn I really butchered the words in the last paragraph XD

This article was simply put: *amazing*. I loved how with such a "simple" object you managed to transmit so much information about your world and the culture in the region! The formatting and the drawings also help make this article so great.   And then the sentence "there is a possibility of at least 5 people having a bronze lion head as memorabilia." cracked me up real good!   Disclaimer: I am a lion biologist, so I may be a tad biased ;)

Thank you so much MGatta ^-^