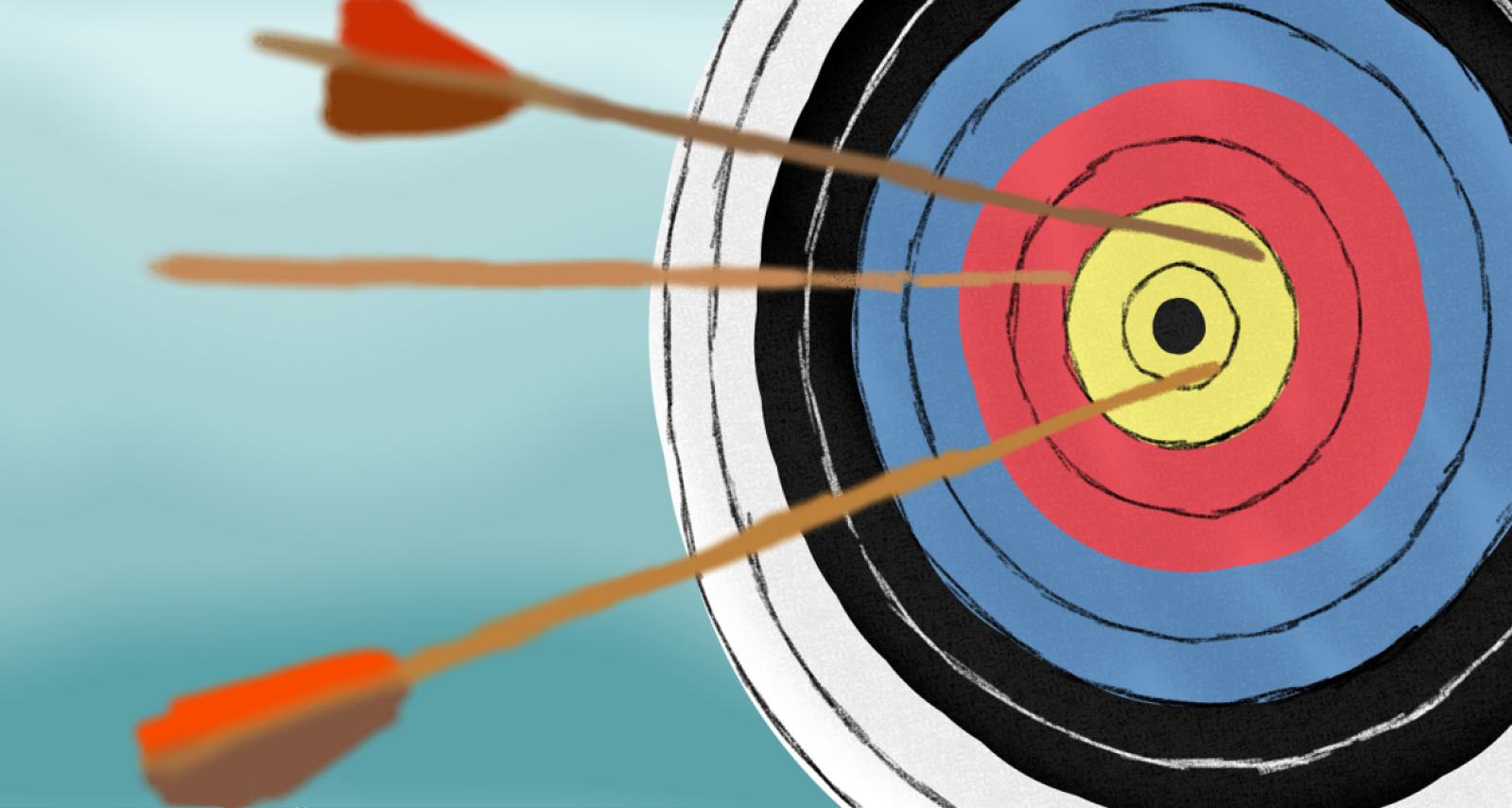 Zuree laughed as she dodged another one of Bashel's ill-places arrows. She nocked her next arrow, drew the bowstring back, closed her eyes and released it.

"How the hell..." he muttered, mostly to himself, as Zuree placed a hand on her hip.

"Did you really think you could beat me?" she was being a bit cocky, but the situation called for it. She was one of the very best archers in the Kingdom, she knew she was good.

Back when the Kingdom was first founded, a village called Altein had an abundance of badly made arrows, they didn't work for hunting so an innovating young man had an idea. He gave his brother protective gear on, fastened a target ring to his stomach and shot at him. The villagers found it so hilarious so that they ended up doing it all together. They set up some rules, made teams and just shot at each other all the time.

Word of the new sport made it's way to Bechlea and soon even the royal family had matches against each other. When the royals do something, it quickly becomes popular. Somehow Arrow Dodge even made it's way to The Country of Ildres. Probably because of emmisaries bringing the sport back with them.

Now special arrows are made just for this, they are very weak and the tip is not made of iron. It is made so that no one dies from the sport, because it has happened when the sport first gained attention.

Arrow dodge can be played 1v1 or in teams. The most common way to play it is 1v1 or 3v3, games with more players than 6 end up crowded, and then a bigger court is needed. The teams all require to have same number of players, bows and gear. The teams are always color-coded in red and blue.

The playing court is a rather complicated mix of squares and walking paths. The red team are the only players allowed in red areas, the same goes for the blue team and the blue areas. The purple areas are free for all, so if someone is daring enough, they can stand very close to the enemy's base. The light purple circles indicate the places were more arrows are stored. If you are out of arrows as you go to get some new, you are safe. You cannot give points if shot, the shot is merely deemed void. If you go to get arrows even though you still have some, the other team is allowed to shoot you as much as they want, so don't be greedy. 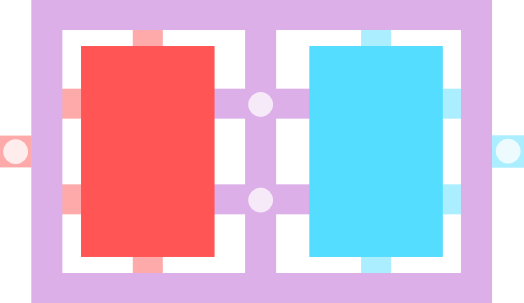 There is water inbetween the paths and squares in the court so no one is able to cheat. It is allowed to try and jump, but it isn't advised due to the many things worn by the contestants. 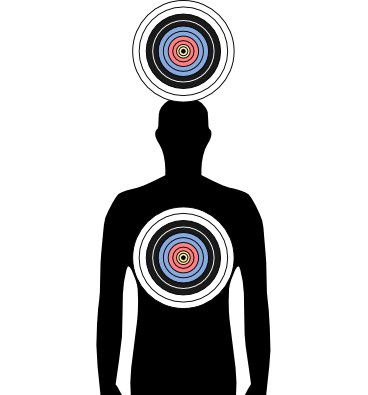 The targets are first put on foam cut perfectly to the shape of the target ring, then the foam is fastened to the protective gear worn by the contestants. Generally two targets are worn by each individual, but it may change depending on who plays and what they think it should be. The first target ring is fastened to a helmet worn by the individual, the other one is put on the chest.

The targets come in different sizes, but the standard has a diameter of 28 cm. 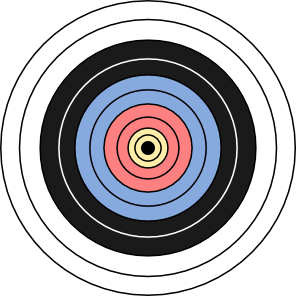 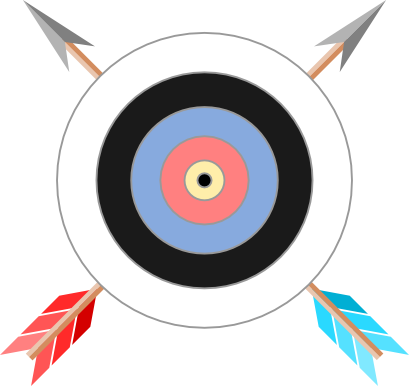 Woah! The art in this is done very nicely and spaced out well. I'd actually go so far as to say you don't need the image gallery attached to it - it detracts from the article a touch to have it there. Incredibly well done article overall, with understandable rules and a hilarious backstory.

Thank you so much for the comment! I can see what you mean and I've gone ahead and removed the gallery again :)

Those 6 vs 6 games must be chaos. Do they ever play in tournaments or any sort of campaign of matches like that? :)   I like it a lot! It's a neat game with great layout and writing!

Oh sh** I forgot everything about tournaments, I'll write that soon! And yes they do make tournaments, each bigger town are welcome to send a team. They play in the 3v3 version when it's tournaments :) Thank you so much for the comment!

Good article. I like the many illustrations and the idea of shooting arrows at one another for fun is great.

Thank you! I've always loved archery so I had to put it in here somehow :)

Throws own sports article in trash Humor wins be over every time! Nice idea, smart worldbuilding, and great looking art!

A+
Who the hell does this guy think he is?

Ahahaha, thank you so much! And thanks for the follow, means a lot!

Detailed article combined with custom artwork adds an aspect of professionalism to this article!. Nicely done and congratulations on being featured !. Keep up the great work

As always you manage to impress me more and more with these articles. The info under the players court section as well as the rules of the game is very nice. If this sport were to exist In real life, I think this article would have been perfect for describing the sport. It seems it is a fun sport to play. I have some questions to ask though What age group plays this sport most? Are they children or teenagers or middle aged and old men? Or is it enjoyed by people of all ages? Are there any royal arrow dodge tournaments organized within the countries? If so what are they like? The artwork is also very very good and I appreciate your effort. Keep up the great work!