The Rostran Archipelago Confederacy is majority (~80%) Rostran, with Ovinex constituting the remainder of the population. Of the Ovinex population, the numbers of Native Ovinex (born on the home island of the species) and Civil Ovinex (adopted or born to those adopted into Rostran families) are roughly equal. Criminal activity is low in Rostral C, but is more prevalent in the adjacent cube faces - especially near the frontiers, with Rostral A and parts of Rostral B being potential havens for Avarix Corps pirates. An average citizen of the RAC is moderately educated, literate, employed in a family business or trade, relatively healthy, and very happy.   Humans and Verdials are generally not accorded citizenship within the RAC unless they are married to a Archipelagan and are accepted as kin to the local tribe; this remains a relatively rare occurrence. Most non-Rostran and non-Ovinex found within RAC territory are tourists, traders, or explorers heading to the less-populated regions of the Rostral Tesseract.

The Rostran Archipelago Confederacy is a voxel state - which is to say that the nation controls the entirety of its native cube to one degree or another. The RAC exerts total control over the territory encompassed by the Rostral C cube, with outposts on Rostral B2, D4, E2, F2, G2, and H2. The Ovinex tribal lands on the mountainous islands of Rostral C2, while not heavily populated by Rostrans, fall under the umbrella of the RAC due to the outcome of the Rostran-Ovinex War; the local Ovinex Island Tribes have a degree of autonomy so long as they do not try to expel the local Rostran contingents.   The heat, dearth of land masses, and constant poor visibility in the Western B cube means that the RAC has only deployed MROBs and scattered waterborne platforms within that cube, ceding overall sovereignty in this cube to the local Hermitage Island Fellowship.

The Rostran Archipelago Confederacy Marine Forces (RACMF) are the voluntary military arm of the Archipelago Parliament. While not as technologically advanced as Voxelia or the Free Faces League, the RACMF has decades of of experience in amphibious and airborne assault. Ovinex on foot, mounted atop specially bred bighorn sheep, or encased in specially-constructed dieseltech auto-armor serve as the heavy shock troops of the RACMF.   Local island militias and civil defense corps serve in homeland defense roles as well as being auxiliaries to the RACMF. Unlike many human nations, the RAC enjoys a high resistance to infiltration by foreign powers; Rostrans are both naturally difficult for outsiders to 'read' and are themselves highly perceptive, making them hard targets for Voxelian Bards-Recursant.   When an island or the nation as a whole are on a war footing, the RAC Travelling Standard - the national flag of the Rostran Archipelago Confederacy - is flown upside-down to present the "angry" visage on the flag to opponents on the same cube face.

Orthodox Rostran Esotericism is the official religion of the RAC. Individual citizens are free to engage in their own ritual practice - a factor in the development of the Ixa Ad-Korvidiu and Knappist sects - Esotericist beliefs and practices are deeply interwoven into civic life. Esotericist Hierophants enjoy the support of government programs designed to protect and promulgate the uniquely Rostran spiritual traditions in the face of contact with foreign ideologies.

In general, the Rostran Archipelago Confederacy does not like to 'borrow trouble.' The RAC tries to retain positive trade relations between itself and all external powers, though these are sometimes strained by said powers being at war with one another in other theaters (i.e. Medial B and D). The RAC's closest in-species trade relationship is with the Hermitage Island Fellowship in Western B cube, and it's closest foreign relationships are with Petalcap Vale and the Coalition of Breakaway Colonies.

The RAC conducts large-scale aquaculture and arboriculture to support itself, including a number of underwater agri-mines. The larger islands within Rostral C's cube-spanning archipelago feature production houses (such as Eudoxia Chemical Group and Rostrax Aerostat & Aerodyne) where textiles, chemicals, optical equipment, and some other machinery are produced. The natural Rostran inclination towards tinkering and diagnosis, coupled with the species' keen senses, make engines produced within the RAC renowned for their quality craftsmanship. As Rostran families are tight-knit, both within themselves and with the tribal community in which they reside, most multi-generational estates also feature in-house food and trade good production operations.

Inter-island trade is accomplished with a sizeable fleet of sea- and air-based freighters, while small boats and autogyros provide personal transport.

The Rostran Archipelago Confederacy provides extensive primary and trades education, with family trades and businesses incorporated into the curriculum such that most Rostrans within the RAC are capable of pursuing more than one career path once graduated.

Except on particularly large islands, roadways are limited in reach, often only connecting one end of a town to the other. A network of radio navigation buoys in Rostral C, operated by the government, assist travelers with locating isolated islands or avoiding dangerous weather conditions when they strike (especially during monsoon season). Skystations in the commissures leading from Rostral C to adjacent cubes use complex networks of gondolas, balloon-mounted elevators, and airship fleets to quickly move goods to and from the outlying territories. Exivaun Station, named after the capital of the RAC, controls access to the misty realm of the Western B Cube and features the most extensive weather detection system of any skystation within the Manifold. 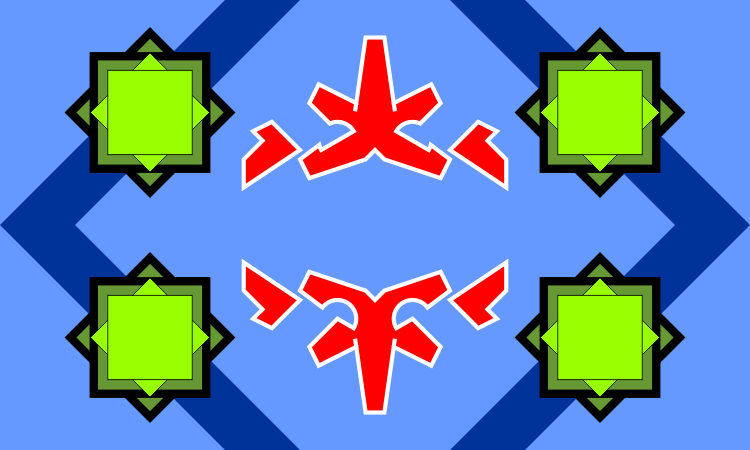 Type
Government, Leadership
Capital
Exivaun
Alternative Names
RAC
Demonym
Archipelagan(s)
Head of Government
Archipelago Parliament
Government System
Democracy, Parliamentary
Power Structure
Confederation
Economic System
Market economy
Currency
The official currency of the RAC is the Rostran Sea Ducat (RSD), a type of decoratively-carved helical glass shell that can serve as a home for a hermit crab (the national animal of the RAC). RSD are also known in the vernacular as simply "Shells," and are a fiat currency backed by the inter-island diplomatic authority of the RAC. Denomination is denoted by the unique proportions of each shell - in addition to molded numbers - and include 1, 2, 3, 4, 6, and 12 RSD values. The carefully regulated range of colors (from clear to green to blue) and minute details on each shell make counterfeiting RSD extremely difficult. 1 RSD is worth about 5 NGC.

Major Exports
Most of the Rostran Archipelago Confederacy's economic output is tied to the seas in some fashion, with fish, seaweed, salt, fertilizer, and bioreactors (for the production of biodiesel) being major exports. Tropical fruit, art objects, and souvenirs round out the native Rostran export economy. The RAC's dominion over the Ovinex also brings wool, finished textiles, and hardwoods in abundance to the Rostran trade lanes.

Major Imports
As the archipelago is somewhat lean on ores, refined metal, tools, and factory equipment are common imports for the RAC, as are any staple crops which require large swathes of flat land (i.e. flax).

Legislative Body
Each of the many small islands of Rostral C elects or appoints a single representative to serve in the Archipelago Parliament, where issues which affect the Confederacy as a whole are voted on in a democratic fashion. While nominally democratic, because of the dense web of familial relationships which defines both High and Low Rostran cultures, this selection process faces a degree of nepotism and political intrigue which varies in intensity among individual islands. The House of Elders, a body formed of the eldest and most respected members of all Rostran and Ovinex tribes, votes on advisory statements which are passed on to the Archipelago Parliament to inform the latter's decisions on matters requiring historical, traditional, religious, or linguistic insight.