Resilient Folk of the Plains

Grasses tower on the sides of the road, creating sheets of browns, reds, and yellows that block all from view except for the dusty roads and the expansive grassland that hides all sorts of creatures. Behind the pillars of grasses, in clearings, surrounded by large walls, one can find the cities of the Humans, heavily armed and protected against the dangers of the Great Plains. Technology and magic abound in these secluded places, both used to live a life in the territory of the Dinosaurs. While one of the shortest-lived races of the world, Humans are the most resilient, and the first to dive headlong into even the most dangerous of circumstances.   Humans are the second oldest among the Elder Races in the land, it is said that they are charged with the safekeeping of the world from invaders that would come from other planes and gives an explanation to their natural tendencies to build cities, walls, and armies. Their role in the Eldritch War was a costly one, they held the mountains and the plains as foot soldiers, their defenses suffered greatly but they persevered through horrific confrontations. They fought with their signature weapons, gunpowder, firearms, and tamed Dinosaurs.   They live in the forests, the mountains, the plains, and the sea. There are very few places where you will not find at least some Human presence. The capital of the Human Empire is called Stronghold and is ruled over by a royal family known as the Nightbreezes, the current Empress is Catherine Nightbreeze, the Witch Queen.

Humans would generally be known as a varied species with only a few traits that unite them as a whole with those being the unique ability to wield guns and the incredible mastery over their skills that they can gain during their short lives.   Humans can come in a variety of builds with some tending towards power and some towards agility while others are frail and more prone to study. As a general rule, Humans tend to be good at a variety of things and live well-rounded lives which makes them flexible and able to take on a variety of professions throughout their life. It is not rare to encounter a Human that has a strange skill, seemingly naturally, and these can range from a natural inclination towards magic, study, combat skills, climbing, or anything imaginable. These seem to be a good side effect of their short lives, more generations of Humans pass more quickly and specific descendants of this race seem to adapt and learn certain traits or skills more quickly than others or with almost no training.   Humans have the mystical ability to hold and use guns, a trait that no other race in the world of Isekai can mimic. If a member of another race holds a gun in their hand or attempts to pull the trigger, even indirectly the gun will crumble and turn to dust. The reason for this is shrouded and mystery and explained through folklore that has little historical fact.   Common Colorations
Humans by far have the greatest range in their appearance, often having little that unites them in terms of physical traits. Their skin ranges from pale white to a deep brown, nearly black in color, while their hair can be shades of blonde, red, brown, black, or stark white. Humans have the greatest variation in eye color, boasting shades of blue, green, brown, gold, purple, and others.

Humans can be found nearly everywhere throughout Isekai, but only truly call the Great Plains their homeland. Some prefer to live in large cities or small villages, or prefer no home at all and live the nomadic lifestyle of others in the world. Unless a Human is truly part of the Human Empire, there is little social structure.   The Human Empire is led by a leader, whether emperor or empress, and a handful of lords that are keepers of select areas of the empire. These lords report to the leader and aid in creating laws that benefit the empire as a whole. The Human Empire also has a large, organized military that can be found in nearly any city in the empire. This level of organization is needed for protection and timely responses due to the seclusion created in the Great Plains due to the thick Traveler's Grass.   Humans are one of the few races that are nearly wholey united by a single belief in a deity. The story of the Elder Races tells of the god Dern creating Humans and giving them the safety of their capital, Stronghold. Even those Humans that wander outside of the Human Empire find deep belief in their creator. 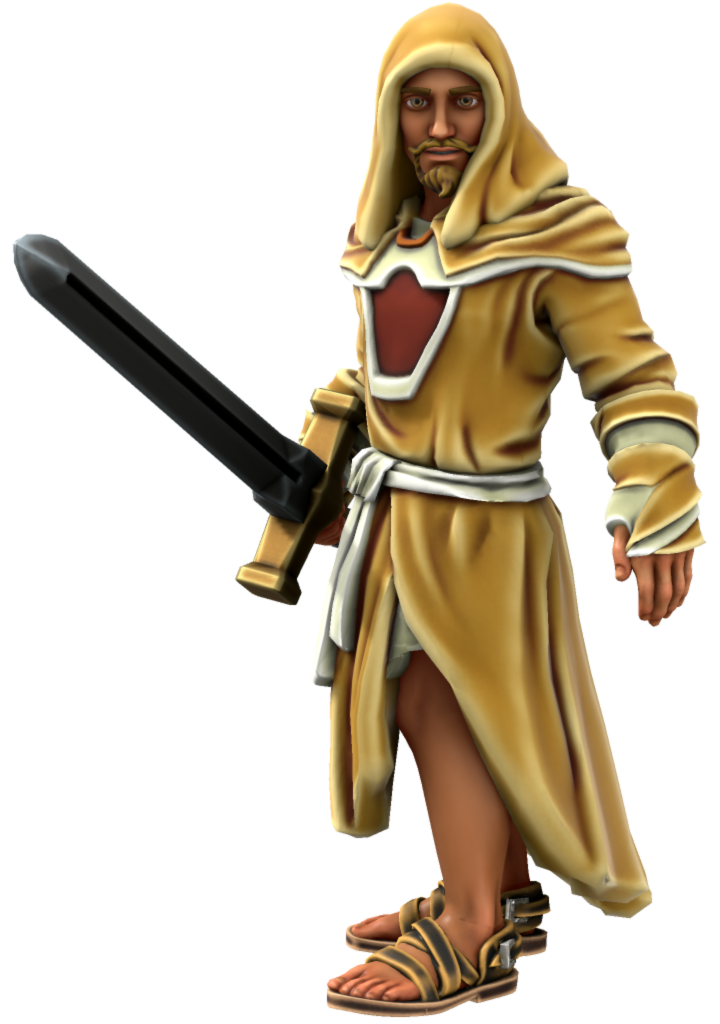 Human by Model via Heroforge, created by RiverFang
Humans can be found nearly everywhere across the world but tend to centralize themselves in their ancestral homeland, the Great Plains. It is said that the great god Dern built the capital city of Stronghold.
Genetic Descendants
Origin/Ancestry
Human
Lifespan
80 years
Average Height
5 - 6.5 feet tall
Related Ethnicities
Related Myths
Reasonable Races

I am very curious about the fact humans can wield guns and no one else can. That's a very interesting quirk. Great overview of humanity. I think I lean more towards the frail and better at study myself XD