Giant Reptiles of the Plains

The tall stems of the Traveler's Grass sway in the breeze, a soft swishing sound filling the air. This simple sound does nothing to mask the sound of earth giving away and grass bowing before the mighty beasts that wander through the Depths of the Great Plains, searching for their next meal or their nests. Even here where the grass stretches far above the head of a man, the gargantuan beasts that walked on scaled feet do not rise above the tops of the grass. In the wild grass of the Great Plains, it is not so difficult to hide the apex predators and the giant herbivores that wander with purpose through the Humans’ domain.   Dinosaurs roam the Great Plains of Vóreios but are also commonly seen in cities throughout the Human Empire and the surrounding areas. Their large size, durability, and their speed make them perfect animals to survive in the Traveler's Grass near roads and cities and far within the Depths of the Great Plains. These creatures serve as mounts and beasts of burden, being the main source of transportation for those that live in the Human Empire.   Their powerful bodies and somewhat resistant minds make them difficult animals to domesticate, but the Humans achieved just that, using Dinosaurs for their military and the movement of goods. Racing these creatures is a favorite pastime that extends outside of the Great Plains to Feyline Bend and beyond. Where horses and other pack animals will not suffice, Dinosaurs become the answer, boasting a large capacity and oftentimes their own armor.

Dinosaurs are most commonly found throughout the Great Plains, but the larger carnivores, such as the Tyrannosaurus, are often found in the areas of taller grass known as the Depths. Few Dinosaurs that are not domesticated stray into the areas of shorter grass found next to roads and towns, but some, like the Velociraptor, hunt in these areas due to the easily accessible food found in travelers.

Due to the size and rough hide of Dinosaurs, their uses to people are somewhat limited. Even so, those of the Human Empire have taken to taming the large beasts to utilize as beasts of burden, mounts for cross-country travel, and as military vehicles. Their size gives them advantages in these roles that help both mount and rider survive in the conditions of the Great Plains.   As Dinosaurs are used as mounts, it is not uncommon to see them as participants in races in places such as Feyline Bend. Velociraptors and many of the other large predators have extreme speed that makes them strong competitors against other racers. 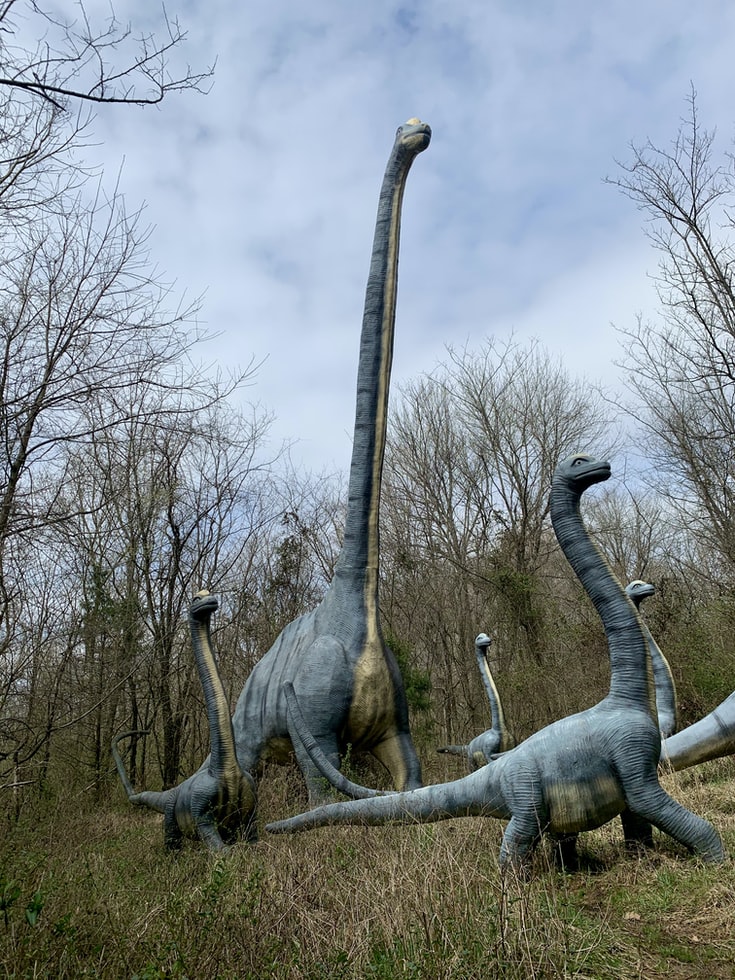 The Allosaurus is one of the largest predators that stalk the stretching plains of the Human Empire. Only dwarfed in size by the Tyrannosaurus, few creatures do not fear the Allosaurus and even fewer still dare to cross its path.

I love when there are dinosaurs in fantasy! This is so cool. I'm looking forward to seeing how they influence the culture in the Great Plains. :D