Dinosaur of the Plains

A predator slinks through the Traveler's Grass with the grace of one much smaller. The sound of heavy footsteps is easily obscured by the swishing grass as the towering figure, hunched low as its stalks its prey, moves like a serpent, swaying like the supple stems around it. A nest of baby Dinosaurs, recently hatched Brontosaurus, are an easy catch before the strong jaws of the predator, but the babies would be nothing more than a snack. It is the mother the predator waits for, it is the mother who comes into view as the figure crouches lower, its figure shrouded by the waving grass.   The Allosaurus is one of the largest predators that stalk the stretching plains of the Human Empire. Only dwarfed in size by the Tyrannosaurus, few creatures do not fear the Allosaurus and even fewer still dare to cross its path. These creatures are ones that travelers give wide berths to for fear of angering a massive creature that they cannot outrun. Their stealth is nearly unmatched, causing those that travel through the Great Plains to fear the smaller sibling of the Tyrannosaurus.   While not a Dinosaur that is domesticated, the Allosaurus is used for other means, including their hide and teeth as well as brutish fighters in instances of fighting rings or military maneuvers if possible. The hide and teeth of an Allosaurus can bring great riches to anyone that can bring one down, but all are warned to not attempt this feat alone due to the death count that many of the creatures are known for.

The larger carnivorous Dinosaurs tend towards the areas of the Great Plains known as the Depths, but it is not uncommon to find them in other places where the Traveler's Grass is not as tall. Finding an Allosaurus out in the open and on the roads is extremely rare and should be approached with great caution.

The rough hide of most Dinosaurs makes their uses limited for people, but some groups have developed ways to utilize the hides of Allosaurus for some forms of camouflage. The hide and teeth of the creature are also considered collector's items due to the difficulty of taking down the massive predator. 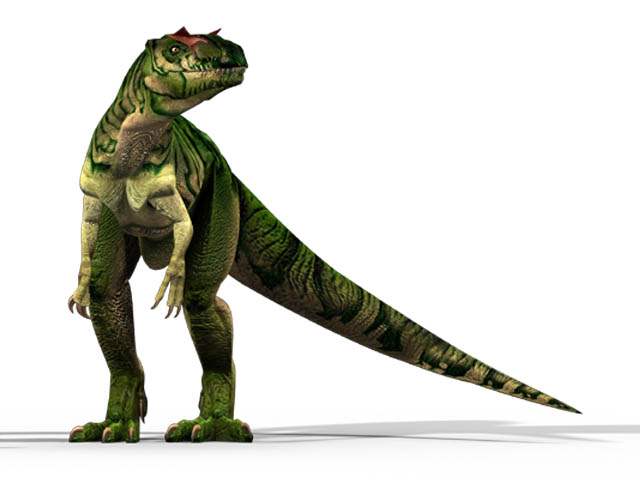 Allosaurus by Ryanz720 on Wikimedia Commons
One of the largest Dinosaurs found in the Great Plains, Allosaurus often cannot be domesticated but finds its use as a source of materials in the Human Empire as well as a fierce fighter.
Scientific Name
Allosaurus
Geographic Distribution
Dinosaurs

RAWR! I love the introduction to this article! It reminds me of the narrative introductions for each class (or race?) in the D&D player handbook!

I forgot that Isekai had dinosaurs!! I love the introductory paragraph, as always. They're always what I look forward to the most about your articles. <3