Technology of the Humans

Metal shavings litter a table as a woman moves her tools over a block of metal. While a sturdy metal, her tools glide through it like butter, cutting small pieces off at a time as she hones the shape she wants. Once enough has been shaved off, she places her completed piece on the scale, checking the weight to make sure it is identical to the one she completed earlier. Once the piece is sized and cleaned to her expectations, its placed on a soft pad to await the final assembly.   Small springs and pins are gathered from jars across the workshop, the number of pieces in her hand double and triple counted. Finally, she sets to work assembling the masterpiece, sliding together delicate metal pieces to create the finished product. Once together, she cocks the hammer, watching the mechanism move smoothly before she dry fires the almost complete revolver. With everything working perfectly, she wipes the fingerprints from the surface, setting the firearm aside for the following day when the oak grips would arrive from the woodworker down the street.   Only used by Humans, Firearms are an equalizing technology that very few in the world can actually use. Myths surround the reason behind why only Humans can use such power when the weapons turn to ash in the hands of any other race, but few find the true answer. Many of the races of Isekai have a special blessing granted to them by the gods, and firearms were the blessing granted to the Humans, those of little magic but endless ingenuity.

Firearms have great utility because they can be used at both long range and close range depending on what type of firearm one is using. Rifles are extremely helpful for long-range shots that still require a decent bit of power behind them. Oftentimes, these weapons have the same range as bows, but certain rifles can have ranges near 1000 feet.   Handguns vary greatly in size and can be utilized for semi-long range or close quarters combat. While they may not be helpful in a hand-to-hand situation, handguns are often small and concealable, useful for sticky situations.

The manufacturing of firearms, whether long rifles or handguns, is a delicate process that is not mechanized, even though the technologies exist to do so. The building of one of these weapons is seen as an art that is taken on by Gunsmiths and other artisans that have experience with wood and metal work. While useful pieces, firearms are highly decorated and customized to those who use them, requiring steady hands and a great deal of time to complete a finished piece.   All parts of the various types of firearms are created by hand, often carved from small blocks of Steel. Even so, in larger cities, Gunsmiths may farm out the creation of certain parts to other smiths, causing some to specialize in the creation of certain parts, such as springs, firing pins, triggers, and other important pieces. This allows firearms to be somewhat mass-produced and yet still have a personal touch to them.

Within the Human Empire, firearms are seen to be much the same as other weapons, a tool to be used when needed. It is common to see people carrying holstered firearms through the streets much like one would carry swords or other weapons. Because of the unique nature of firearms to Humans, most Humans have at least seen one, if not actually shot it. It is a commonplace thing that few are bothered by.   Firearms in other societies are often pieces of rumors or gossip. Other races cannot touch a firearm without it turning to ash, so these items are things of great mystery. Many wonder why Humans were granted such a technology when other races were not. Others also see the firearm as a great equalizer in battle as Humans rarely have the equivalent of strong Elven magic or Dragon fire on their side. 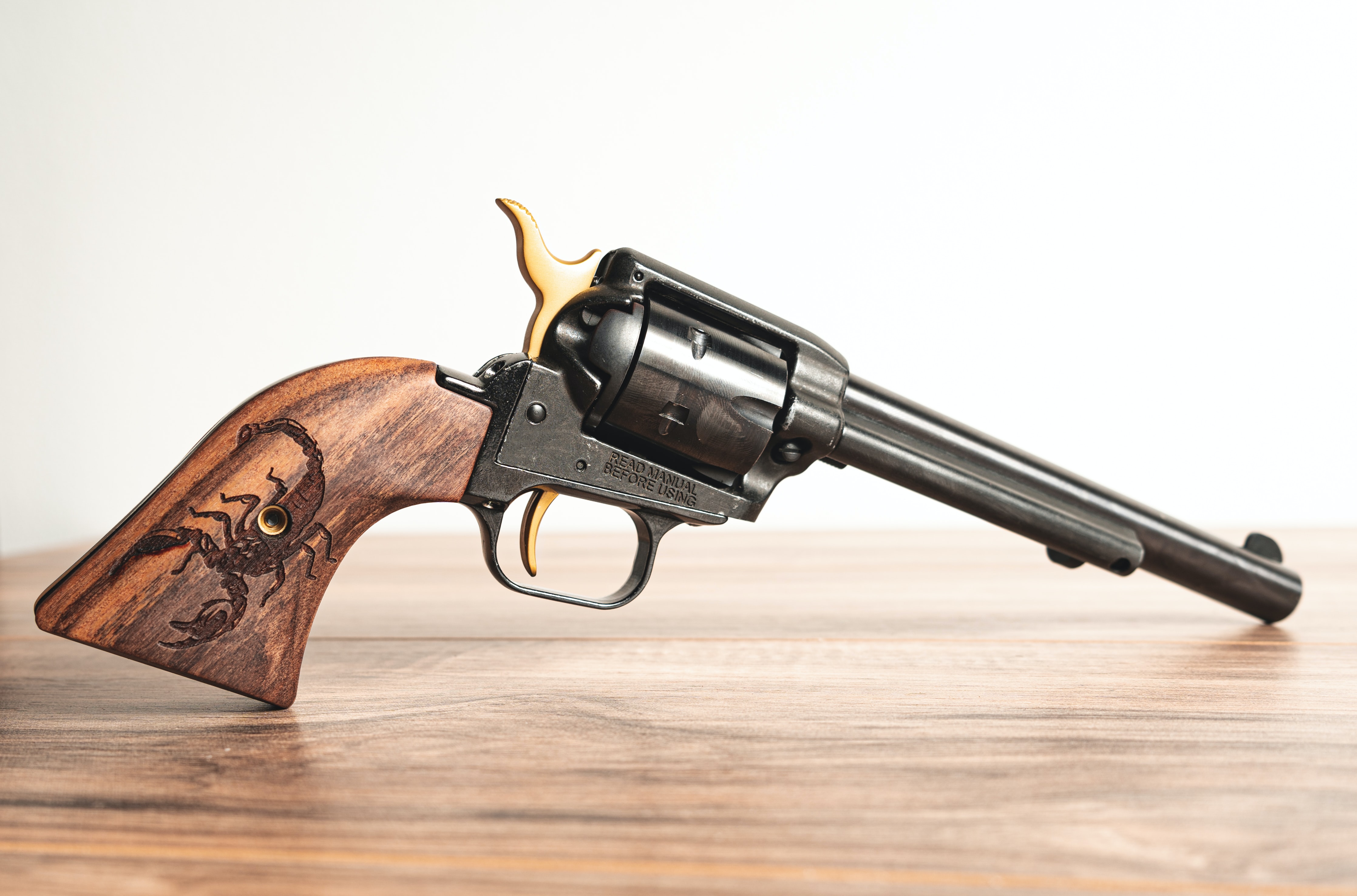 Revolver by Luis Domenech on Unsplash
Firearms are an interesting technology in Isekai as they are strictly mechanical objects and not powered by magic like so many things are. Humans are the only ones that have the knowledge or ability to work with this technology, making Firearms an anomaly that many don't necessarily comprehend.
Access & Availability
Firearms are commonly sold in most cities in the Human Empire, although prices vary greatly depending on location.
Complexity
Firearms are complex creations that require time and precision to create something that functions correctly. These are not creations to be taken lightly or to ignore inconsistencies.
Discovery
It is still up for debate whether Humans truly discovered how to create firearms or if they were given plans or instructions on how to create the first firearm.
Related Species

Answering: "A technology lost, forgotten or shrouded in mystery."
Visit RiverFang's Competition Page Check all other answers to this prompt Competition Homepage

Interesting. I like the human gift/ other race exclusion aspect which explains why the technology hasn't become widespread.

Cool. I quite enjoyed the narrative opening, and I like how you've limited the firearms to humans to give them a unique ability.

I enjoy the fact that it is merely seen as an equalizer and not an advantage. Another interesting point is the artistic aspect of it, the skill and respect for the artisanship of these weapons.