The Kingdom of StormHaven is a proud and honorable kingdom. Known for its Knights and Weaponry. The Kingdom has been ruled by the noble house of Gale since it was founded centuries ago. The Current king is King Jakis Gale, "The StormCaller". In the year SF 980 King Jakis rediscovered the sword known as Tempest, the Moonblade that has served the Gale house since before the Kingdom was founded. With StormHaven having re-built its strength from the destruction of the Gods War, Jakis ordered that the land lost in the Gods War be reclaimed in the name of StormHaven.   The duchies of The Harrow, and Glenobar were reclaimed for StormHaven in 985 and 987 after the Knights of StormHaven cleared out the bandits who claimed themselves holders of those lands.   StormHaven is about 490 miles across.

StormHaven places a large emphasis on enchantment, the people of StormHaven largely use magic to strengthen there physical equipment, and over the years this has given the Enchanters of StormHaven an unparalleled ability.   While the knowledge of there creation was lost long before the succession war that split the empire, some StormHaven noble houses are still the proud owners of a Moonblade. These blades are symbols of great renown, and there creation was the greatest forging and enchantment accomplishment of the StormHaven Empire.

The Patron Gods of StormHaven are Akel and Aimonval 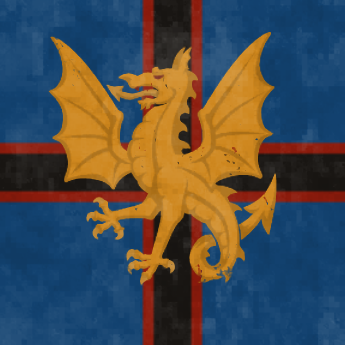 When the Golden Dragon King vanished with the rest of the Dragons, the Empire of StormHaven began to run itself.

The current time period, after the destruction of StarFall at the end of the Gods War.