Blayen may very well be the greatest leader the Federation has ever had, better than Belfust, Whistle, Picket and Raien, better than all of them. Our best President, and a great man in general, I only hope I can live up to his memory.
- President Liam Black

Maxwell Georgy Blayen was an Iomharian politician and diplomat who served as the 2nd President of the Federation from 2668 to 2708. He succeeded the temporary President Bruno Wolf, after the Death of Gelran Belfust - the 1st President of the Federation. Before his election to President, Blayen served as the Minister of the Interior and State under Gelran Belfust, and before that as the Chief Envien delegate to Anfieden and Adiri.   Born on Envis in 2615, Blayen quickly proved himself as a valued diplomat to the Envien Republic. He spent much of his early career on Retricon, helping to form an important early alliance, that would serve as one of many important predecessors to the Federation of Iomhare and afterwards the Federation of Anfieden and Allied Planets. Following his successes on Retricon, Blayen was appointed the Envien Republic's chief diplomatic officer to the Republics of Anfieden and Adiri.   He became a close friend and a trusted ally of Gelran Belfust. Blayen was the first to propose the idea of a Federation between the planets that made up Iomhare, which initially saw resistance from the other planets in the region, Anfieden and Envis being the exception. By the end of 2632, Anfieden, Envis, and Retricon had agreed to consider the Federation, forcing many of the weaker planets of Iomhare to also join the union. In 2634, the Federation of Iomhare was officially founded, with Belfust as its head. Blayen was given the role of Secretary of the Interior, until 30 years later, with the death of Belfust in office.   Upon Belfust's death, Bruno Wolf - the Deputy President, became the de-facto President, although he remained unrecognised by the Federation's Congressional Body for the majority of his short reign. Wolf resorted mostly to crime to get his way, including blackmail and fraud, which saw his popularity plummet. Alongside a coalition of left-wing parties, Blayen led the charge against Wolf, winning a decisive election against him in the 2668 Federation Presidential Election. Blayen would then be sworn in as President, and Wolf would later be arrested by agents of the Federation's Federal Police Force, and charged with a variety of offences.   Blayen is often considered one of the most important Presidents in Federation history, as he held the title for five consecutive terms, overseeing the joining of many sectors to the Federation. He is often even more celebrated than his predecessor in Belfust. A large statue depicting Blayen, and a large monument exist in the entryway to the Envien Congressional Assembly on Envis. He is also depicted on some Federation currency.

Blayen was born on Envis, and by the time he was prepping for university, was a member of the Unified Iomhare Group. After leaving University, Blayen would join the Republic of Envien's diplomatic corps, becoming an assistant ambassador to Retricon.   He would spend several years on Retricon, and alongside Ambassador Amerile, would form a vital alliance with Retricon, which would become an important first step to the formation of the Federation of Iomhare and later the Federation of Anfieden and Allied Planets. Following this success, he was appointed the Chief Envien delegate the Republics of Anfieden and Adiri, after being recommended to the role by Amerile.   It was during this time he first met Gelran Belfust, who shared his desire for a unified Iomhare. The two became fast friends and Blayen came up with a plan to fully unify all the separate Republics within Iomhare. Anfieden and Envis were quick to accept Blayen and Belfust's proposals, seeking to become the dominant planets in this new Federation. Using their alliance, the Envien government was able to convince Retricon to also join, which forced many of the weaker planets within Iomhare to accept the offer of Federation. In 2634, the Federation of Iomhare was officially founded, with Belfust appointed the first President of the Federation.

Secretary of the Interior

One of the first appointments new President Gelran Belfust made, was Blayen's appointment to the role of Secretary of the Interior. This appointment would placate the new Envien Planetary Republic, who were already disappointed that the Anfiedish Belfust gained the highest role in the new Federation Federal Government.
The role of Secretary of the Interior would quickly become one of the most powerful roles in the Federal Government. In this new role, Blayen would be responsible for the vast amounts of territory directly controlled by the Government. Despite his role being entirely domestic, Belfust would often use Blayen as his chief diplomat. Many visits to foreign nations like the Kingdom of Apreas and the 1st Empire of Jerace, as well as a notable visit to the Republic of Raybia, that directly led to the Federation of Anfieden and Allied Planets, would further cement Blayen's power in the Federation. 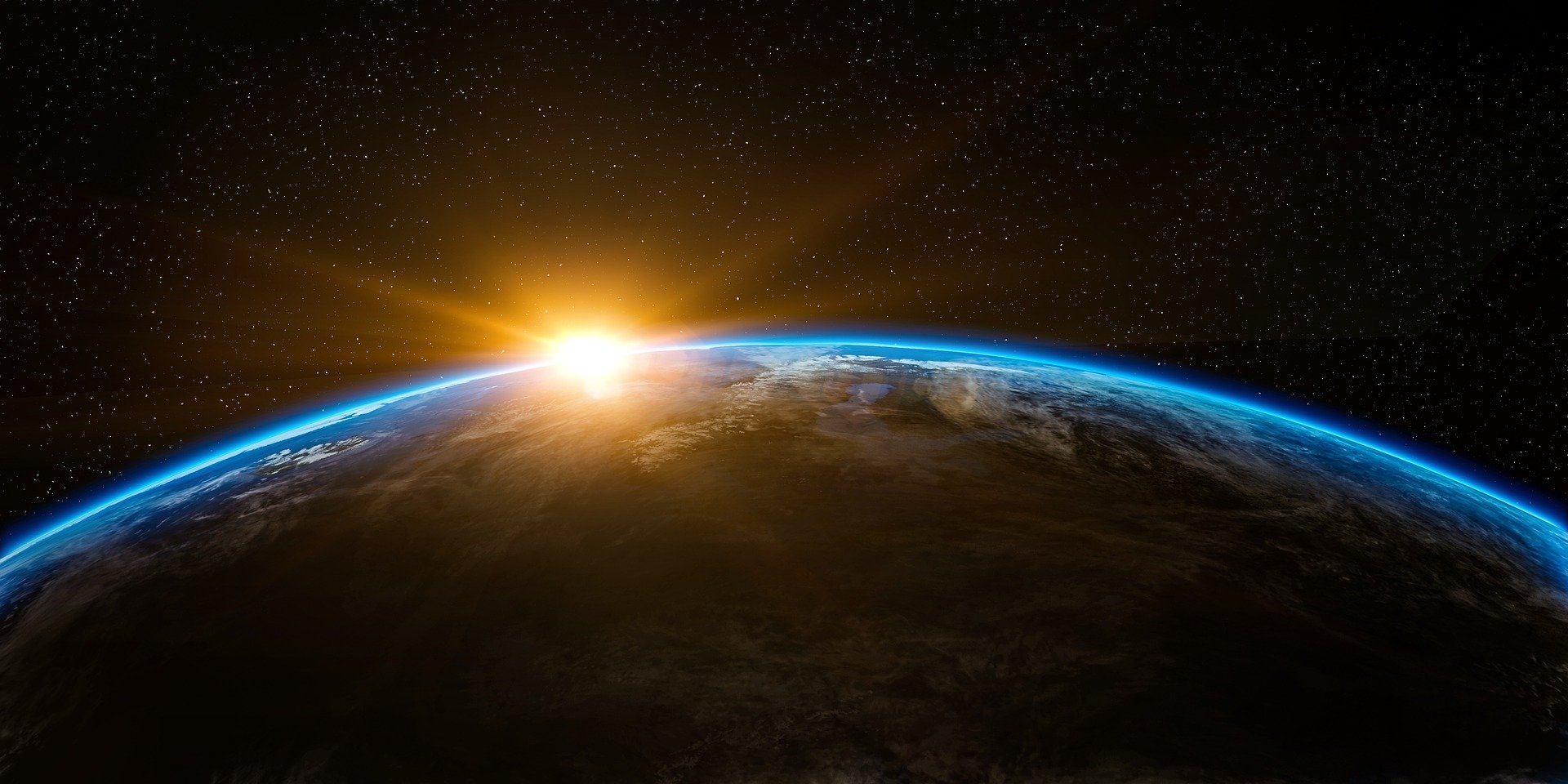 Image by Arek Socha from Pixabay

Blayen was so successful in this role as a diplomat and as Secretary of the Interior that the role was merged following the 1st Federation Civil War, becoming the Minister of the State and Interior, though many of the roles of the Secretary of the Interior were given to other Ministers.   Following Belfust's death, Blayen would campaign for the Presidency, leading a coalition of left-wing parties known as the Parties of Democracy, against the right-winger Bruno Wolf, who was serving the remainder of Belfust's term. Blayen's extreme popularity among the populace, and Wolf's equivalent disapproval, saw Blayen winning a decisive election against Wolf, becoming the 2nd President of the Federation.

President of the Federation 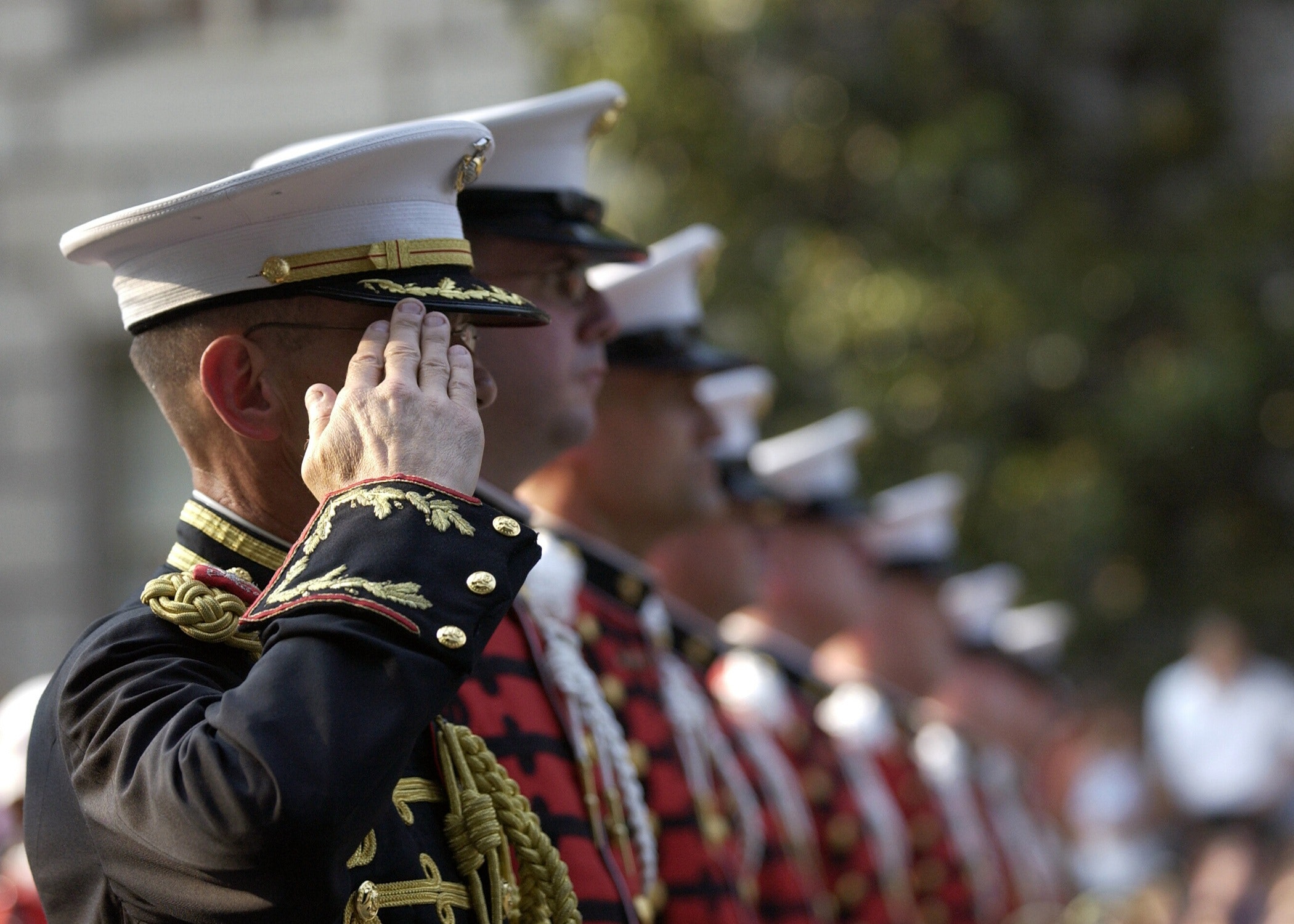 Image by Pixabay on Pixabay
Following his huge victory against Bruno Wolf in the 2668 Presidential Election, Blayen formally became the next President of the Federation. With a huge majority in both the House of Planetary Republics and the Senate, Blayen had little trouble passing scores of legislation, which the opposition could do little against. Much of the legislation passed in the early days of Blayen's Administration remains in place today and is the primary reason the Federation remains a predominately left-leaning nation, with even some of the most right-wing political factions being only slightly right of centre compared to the Galaxy at large.

One of the earliest challenges Blayen faced was the 2nd Venily War, which began following terrorist attacks on several Federal buildings orchestrated by the Republic of Venily. The war followed the 1st Venily War and ended after the Federation Armed Forces sieged Emerson - the capital of the Venily Republic, and forced a capitulation.   Blayen would continue to serve for many more terms, holding the presidency until 2708, when he finally announced his retirement. He would die of natural causes just 6 years later, aged 113. Blayen is often considered one of, if not the, greatest President in the Federation's long history. 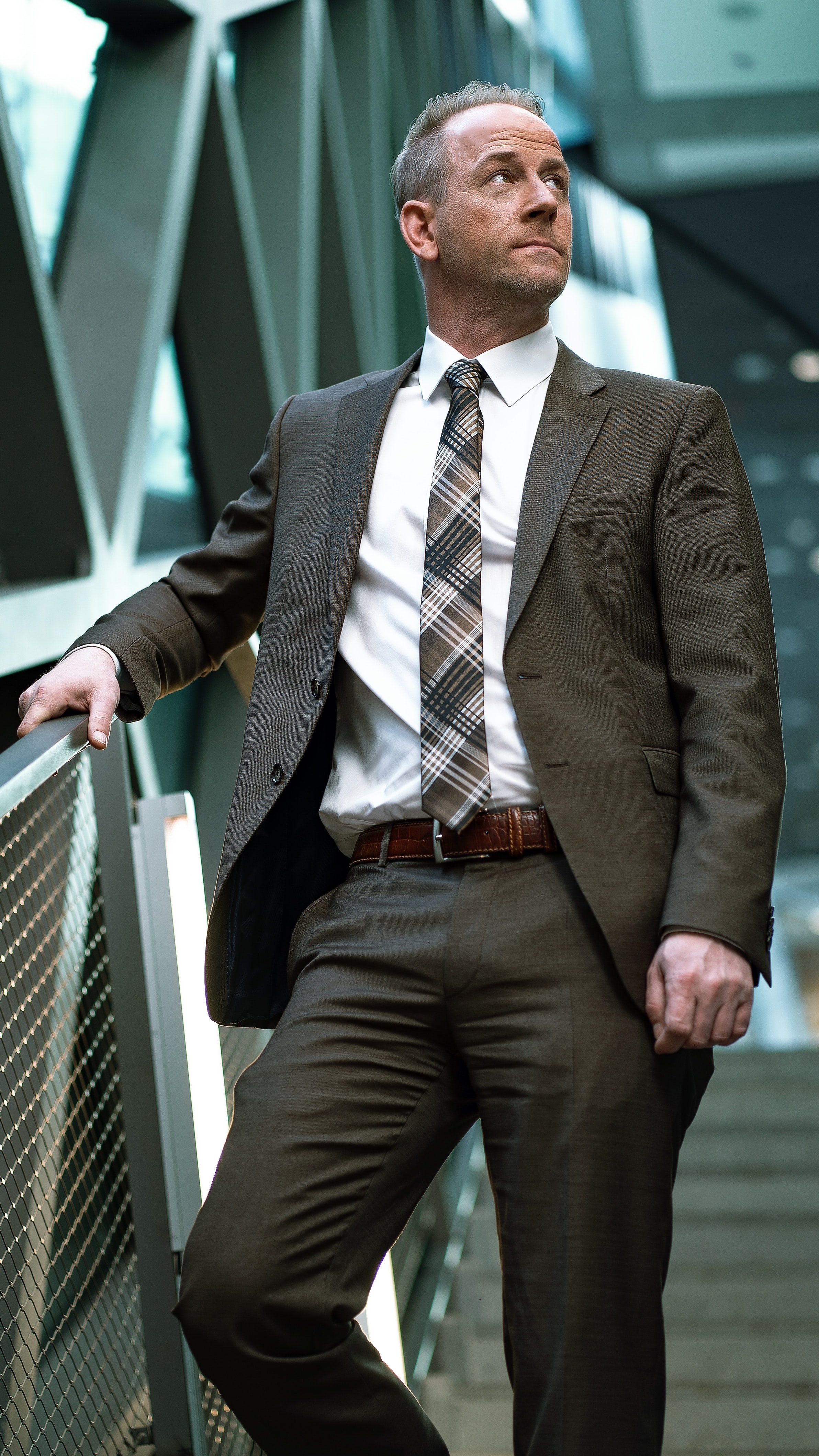 A better man I may never know, without Maxwell both I and our country would be lost.
- Gelran Belfust 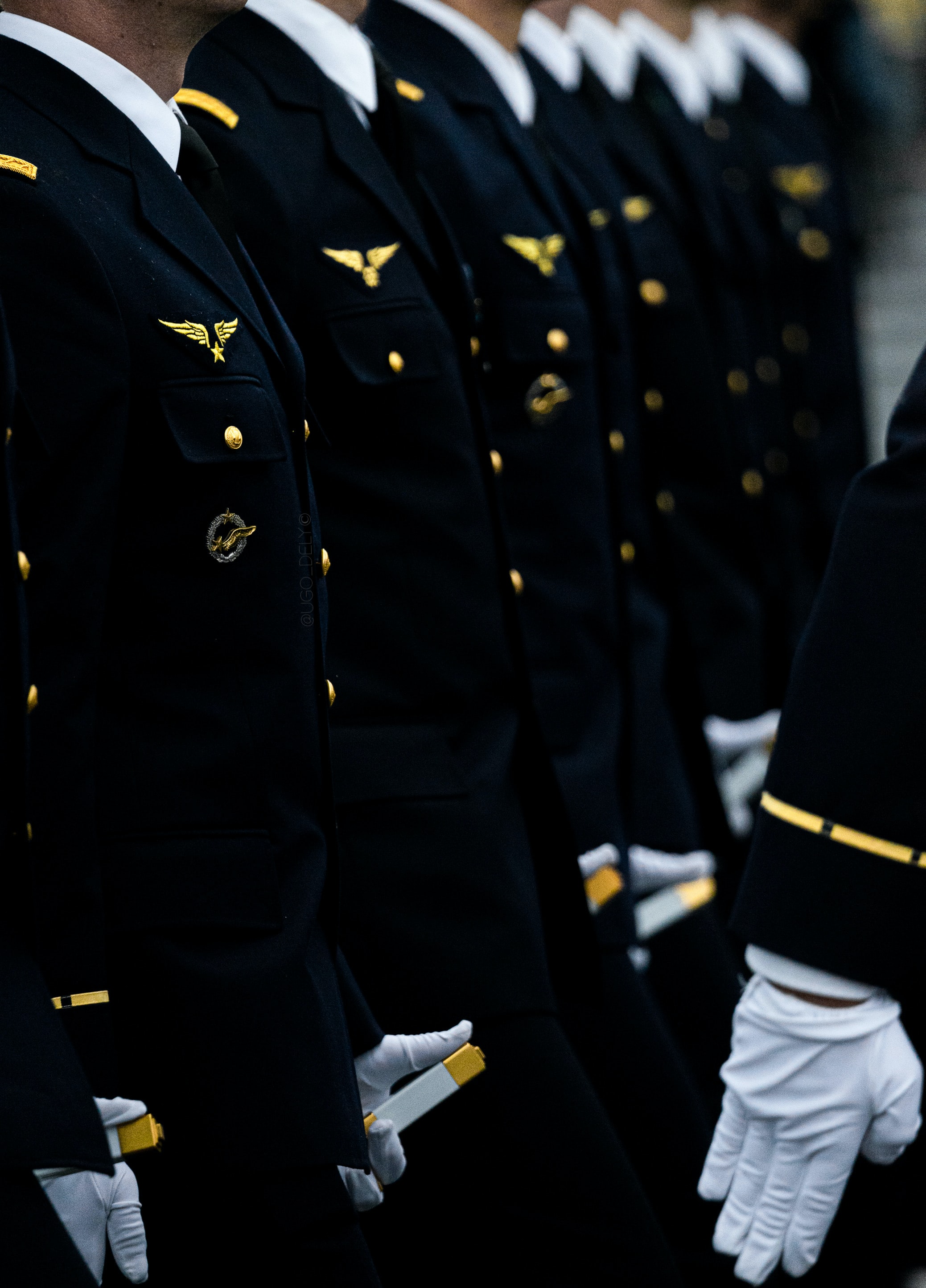 Photo by Hugo Delauney on Unsplash

Answering: "a great leader of their people"
Visit SparkyTheSec0nd's Competition Page Check all other answers to this prompt Competition Homepage Feel free to read. Chances are I won't be able to make the stream due to timezone shenanigans, but thanks anyway.

Feel free to check out my world ASTRAESTO!

I appreciate the response and the permission! <3 Have a blessed one!