Solaris    Inner World    Mercury      Walker
This article is a stub. It will be expanded upon later.

We who follow you invented forgiveness
And forgive nothing

— For a Coming Extinction by W. S. Merwin

A young nomad soothes his Walker as they pass by a graveyard of it's kin; their exoskeletons boiled dry by a torn sky. Similar husks litter the expanses of Mercury, a testament to what happens to those who do not adapt.
Walkers are the backbone of nomadic life on Mercury. They are docile, massive stick-like insectoids that generally graze on lichen. At their largest, Walkers have a shoulder height of up to five meters, and a body length up to ten meters. Walkers are under threat of extinction in the wild after the weakening of Mercury's atmosphere, but thrive in domestication.
Table of Contents

Despite their carapace-covered exterior, Walkers are surprisingly fragile and generally cannot directly carry goods on their backs. The most common method of using Walkers as beasts of burden is to have two Walkers side-by-side with a tarp slung between them. Even in this configuration, care has to be paid to ensure that the weight is distributed evenly and aross multiple points of a Walker's back.

When a Walker is exposed to significant amounts of smoke they enter a cataleptic state. Nomadic Mercurians purposefully induce this state by burning incense around the olfactory organs of the Walker. Once the Walker is immobilized, fabric is draped over the Walker to create tents. A campfire is typically lit to maintain the stasis, but occasionally incense burners are hung up around the head of the walker.

Walkers have three life stages. They lay eggs, which hatch into nymphs. These nymphs eventually mature into adult walkers. Walkers typically go dormant during the Diurnal phase, and awaken during twilight. This has led to many species getting boiled alive after the loss of the majority of the Mercurian Atmosphere.   Many species of Walker today only survive in domestication, where migration keeps them out of the most extreme heat. A few wild Walker species have adapted by hiding underground, or have sped up their life cycle to reach maturity as a nymph rather than growing to a full-size Walker.

Walkers lay hundreds, even thousands of eggs during their life cycle. In the wild, few of these eggs survive until adults. Walker eggs are large, usually between 10cm to half a metre tall, with a hard shell that varies drastically between sepcies. These eggs have a lid-like structure from which the nymph hatches.   Most species of walkers are parthenogenic, meaning that they can reproduce asexually. There are species which are obligate parthenogens, particularly hybrids of species which are genetically distant enough to have troubles reproducing sexually. The majority of walkers can reproduce either sexually or asexually.   Walkers eggs vary wildly in shape, coloration, size, and even composition. Egg clutches vary wildly depending on the speces. Some Walkers lay eggs in substrates that protect them, while others bury eggs or hide them in caves. A few Walker species are particularly productive, laying thousands of eggs at a time and depending on numbers to ensure successful reproduction. Other Walker species take the opposite route, laying relatively few eggs and attaching them to their own bodies to ensure safe hatching. 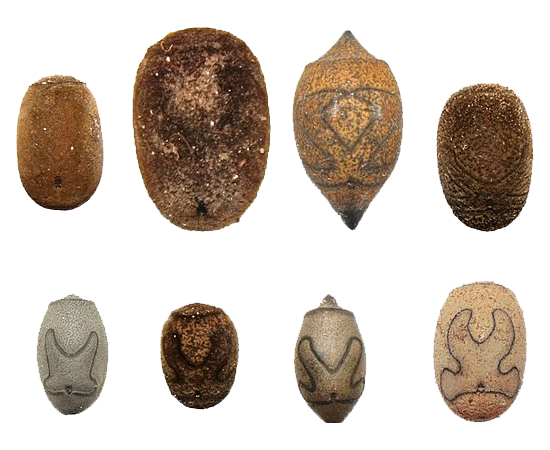 Walker Eggs make excellent containers due to their size and strength. These eggs are hollowed out and preserved to be used for storage. Some Walkers are even bred specifically to create nicely-patterned pots.

Some rare Walker breeds even lay eggs with filament surrounding the shell, or a sponge-like outer shell. These Walkers are known as bristlebreeds. 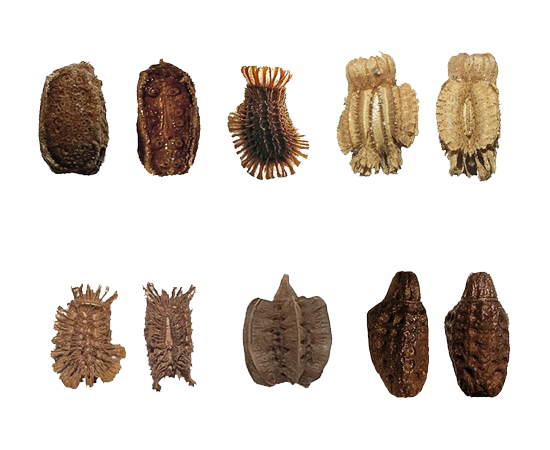 Walker nymphs are much smaller than the adults. After each instar, nymphs molt and grow significantly larger, and late stage nymphs are sometimes difficult to distinguish from adults. Early-stage nymphs have soft carapaces and tend to be more avoidant, while mid-stage nymphs are more active and at times aggressive. In many species, they are opportunistically carnivorous and can be seen eating other creatures.

Adult Walkers are usually seen grazing, roaming, or reproducing. Practically every species of Walker is docile at this stage, relying on their massive size and tough carapace to protect themselves as they conduct their lives. Some species have additional defenses such as spraying caustic substances or growing spines. Walkers are capable of living for many Mercury cycles, and there are stories of family Walkers that have walked with a Mercurian's grandparents, and their grandparents before them. In the wild, however, it is rare for Walkers to survive more than ten cycles even before the Scorching.

This Article was written for Moonflower's Livestock Flash challenge.

Those are fascinating creatures! I like how people breed hem to gt nice pottery pattern out of their eggs, and how they've been impacted by the loss of the atmosphere. That evil sun! >:(

That evil sun indeed! Thank you! Aren't the eggs so neat? They're pictures of actual stick insect eggs! I was so fascinated when I learned about them.