While this group is technically disbanded, the last Captain, Oradoal, decided to name his portion of Vullavual Laud after it when he became a HavocLord.   So the crew now includes everyone living in Razor's Edge. Ora, who's known for his strange humor and fondness for gardening, is rumored to refer to the inhabitants as his Roze Garden. Though this hasn't been confirmed, it is a popular saying among the people living there none the less.

When it was a simple pirate crew the structure whent somethingalong the lines of Captain > Firstmate > Doctor > Crew.
Now though the structure is a spiderweb of informants and connections all tied to a vie who often denies having such things and actively tries to push the leadership onto others. Though this usually ends in him gaining more followers and power, much to his dismay and amusement.

RazorRoze was a small band but they became one of the most profitable pirate groups of their time. Their assets included a Starrunner, a Stardriver, a Skybreaker, a Doctor who could preform surgery as well as create medication other drugs, connections with syndicates in Lord Ciwn and coteries in Ciarn, and a great deal of favor, respect, and fear from other pirates.   Now the group rules a quarter of Vullavual Laud.

Originally founded by Carah and Trigger, they took in Jecce who was fleeing from debts owed. Things went well until Jecce got jealous of Trigger and tricked him into getting Carah pregnant. Thinking Trigger had tricked her Carah tossed him out into space and went to get the child removed. In looking for some one capable she found Doc Razor. An act of desperation that turned out to be a most profitable move. The baby survived and was raised by Razor, (and later by Ora).   RazorRoze began getting a reputation and acquired a new crewmemeber, a kid named Ora. Carah and Razor both grew close to Ora and the crew started to feel more like a family, except Jecce's jealousy kept growing. With Ora's dumb luck and good nature they started gaining connections.   The baby left the crew once she was old enough and they took one some new crewmembers, Sparks and Buckeye. Then Jecce's past caught up to him and he was killed by Ora. The crew was a little uneasy but things smoothed over quickly with the trouble maker gone. Janus was added to the crew.   Eventually Carah died and Razor was kicked from the crew for being a shit about it. Ora became captain and things went on normally until the Vida disaster. Sparks' family was caught up in the disaster and the crew decided to disband and focus on other things. Sparks and Janus went to live in Aeance, Ora became a traveling merchant, and Buckeye went to live in Ciarn. 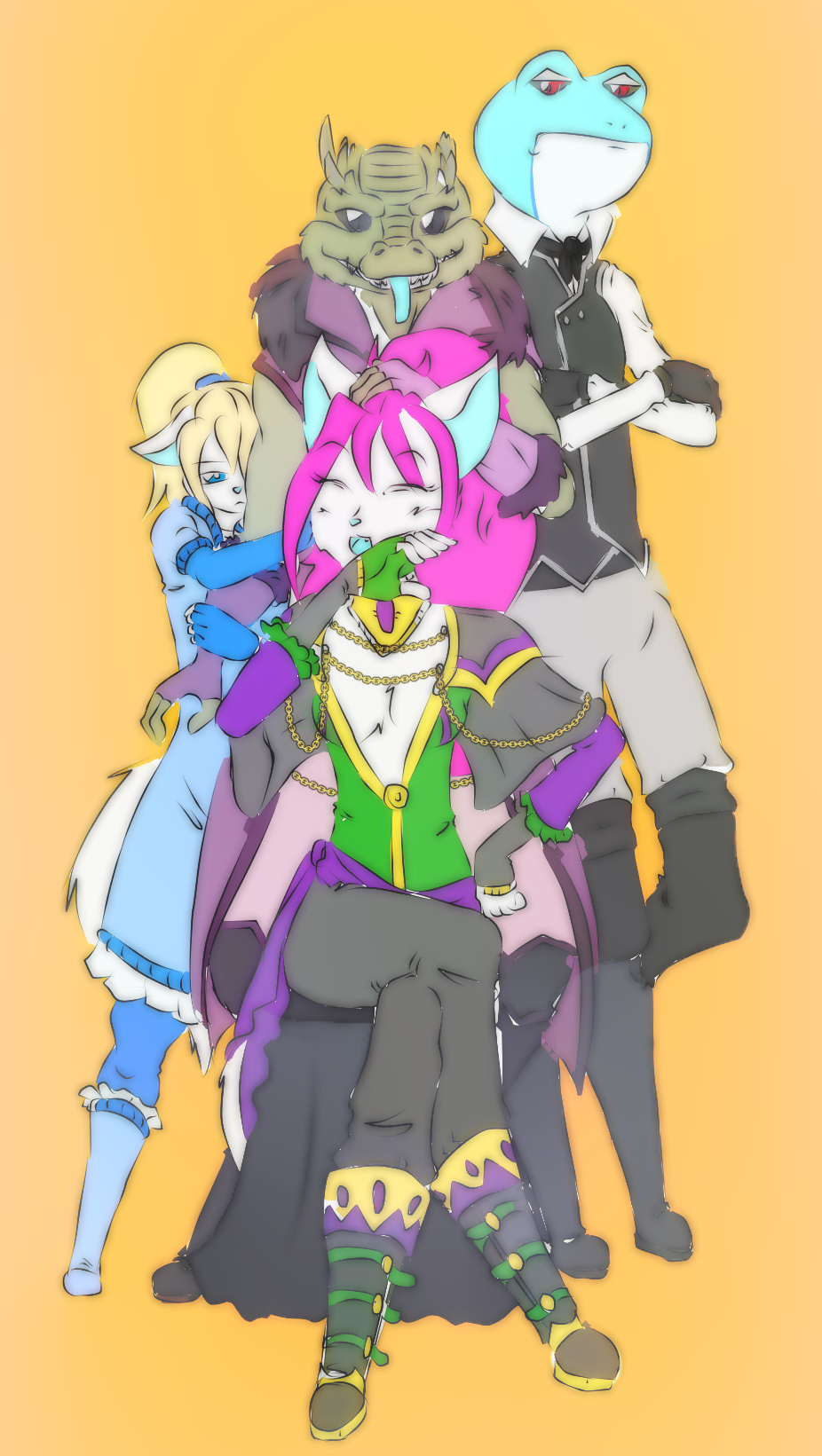