A mysterious Minotaur, Yenward Firestomp joined the group after the death of Duncan Joybottom, along with Rodswell Joybottom.   Years before meeting Rodswell, Yenward grew up in the basement of the main church in the town of Aubrey. The church burned down, and Yenward was assumed to be dead by the townsfolk but he managed to survive and set out upon the road.   Not much is known of Yenward between escaping the fire and his chance meeting with Rodswell. Yenward claims he had nothing really to do, so he followed Rodswell in Rodswell’s quest to find his step-son. Since joining the group, there has been a decided lack of boredom in Yenward’s life.
Show spoiler
Arc 1
Recently, Yenward and the group met with Lariss Darkhoof, king of the Thunderspire Minotaurs. Lariss was having trouble with his nephew, Kravel, who would become the new leader once Lariss stepped down as it was his time. Kravel wanted to take the minotaurs and claim lands further south. A deal was struck that, if Yenward gave Kravel an honorable demise, then he would become heir apparent and Lariss would march on Overwatch. After facing him in single combat, Yenward defeated him, fulfilling his end of the bargain, not only gaining the support of the minotaurs but also becoming next in line for the throne of Thunderspire.   Yenward returned to Aubrey recently, where he returned to the ashes of his former home, sifting through the rubble for a momento.   He would stay with the group while building the army to fight Overwatch and with much help, would land the killing blow on King Carter. After that battle, he also fulfilled his promise to Ironhide that justice was coming for killing Thoril and threw him out of the castle tower.   When Overwatch fell, Yenward renewed his push the become king of the minotaur, cutting deals with the Drow to oust the Dwarves from Stonesunder. Most of the party disagreed with his methods and amid the controversy, Yenward disappeared. He was found dead some time later alongside the road outside of Brightport. Stormrender was missing and it appeared that he had been killed in single combat via a blast to the chest.

From his muscular haunches to his massive arms, Yenward looks the part for an adventurer. His glossy black fur shines like a moonlit sea which never seems to be tarnished by the blood of his enemies. The large horns which protrude from his head are elegant, yet fierce with a rough texture.   Although Yenward is a Minotaur, he is far from aggressive and foolhardy. Usually quiet, patient and doesn’t seem to particularly want to charge headlong into battle as his kind stereo-typically do. He has been proven to be a good friend to a drunken, saddened Malchus. 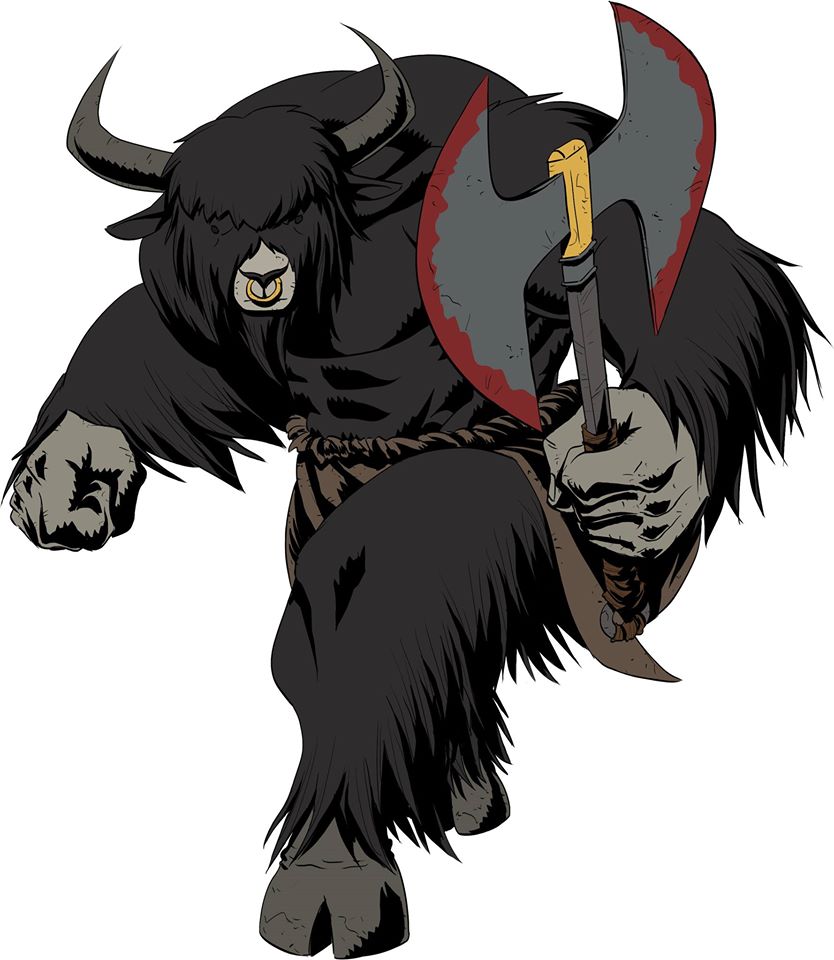