The Stonesunder Mountains, and more specifically the area now called Stonesunder is the home city of the Dwarf clans of Theria.   The dwarves have carved and excavated a large portion of the mountain, managing to dig into the underworld home of the Drow.

Show spoiler
Arc 1
Long ago, the Dwarves, tired of wandering around Ellara attacked and displaced the Minotaur who were living in the caverns of the Stonesunder Mountains.   They immediately began digging and eventually burrowed deep enough that they unintentionally pushed a fair amount of Drow out of their homes too.   King Stonesunder agreed to take his troops to help with the war against the Overwatch and after returning home have not been seen on the show. 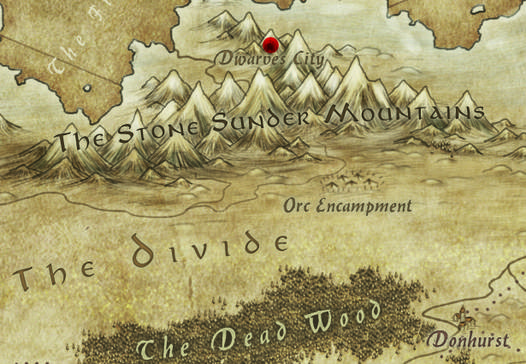