Durnhollow is a small, single road town with few businesses and many people without fruitful employment.

Show spoiler
Arc 1
For many years, Durnhollow had only two sources of income: prostitution and slavery. The first fell when Group 1 came to town and inadvertently burned down The Honest Harlot. The second ended when Jeb and his brother Merle were killed.   The White Ravens and the Overwatch army fought for the town but in the end it was the Ravens who won and helped rebuild the town. Many of the faces who lived in the town were killed or left in the chaos but a few remained.   Arc 2
After the Honest Harlot was rebuilt and slavery was replaced by some honest businesses, many people returned. A second brothel, Cherry Blossom Heaven was built. The town has seen a resurgence recently but it is still a comunity built on vice and crime.

Orcs from The Divide, Nu'Val Slavers and a variety of common wildlife prowl around the town. 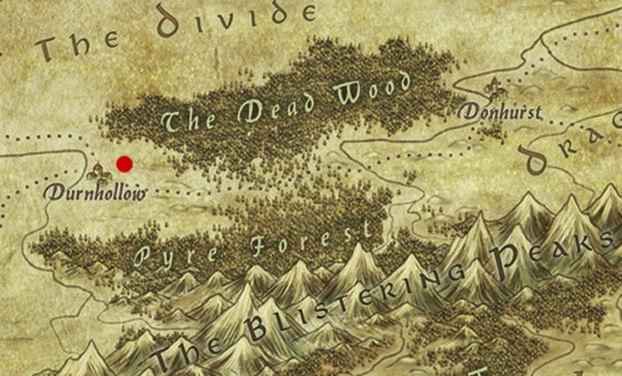