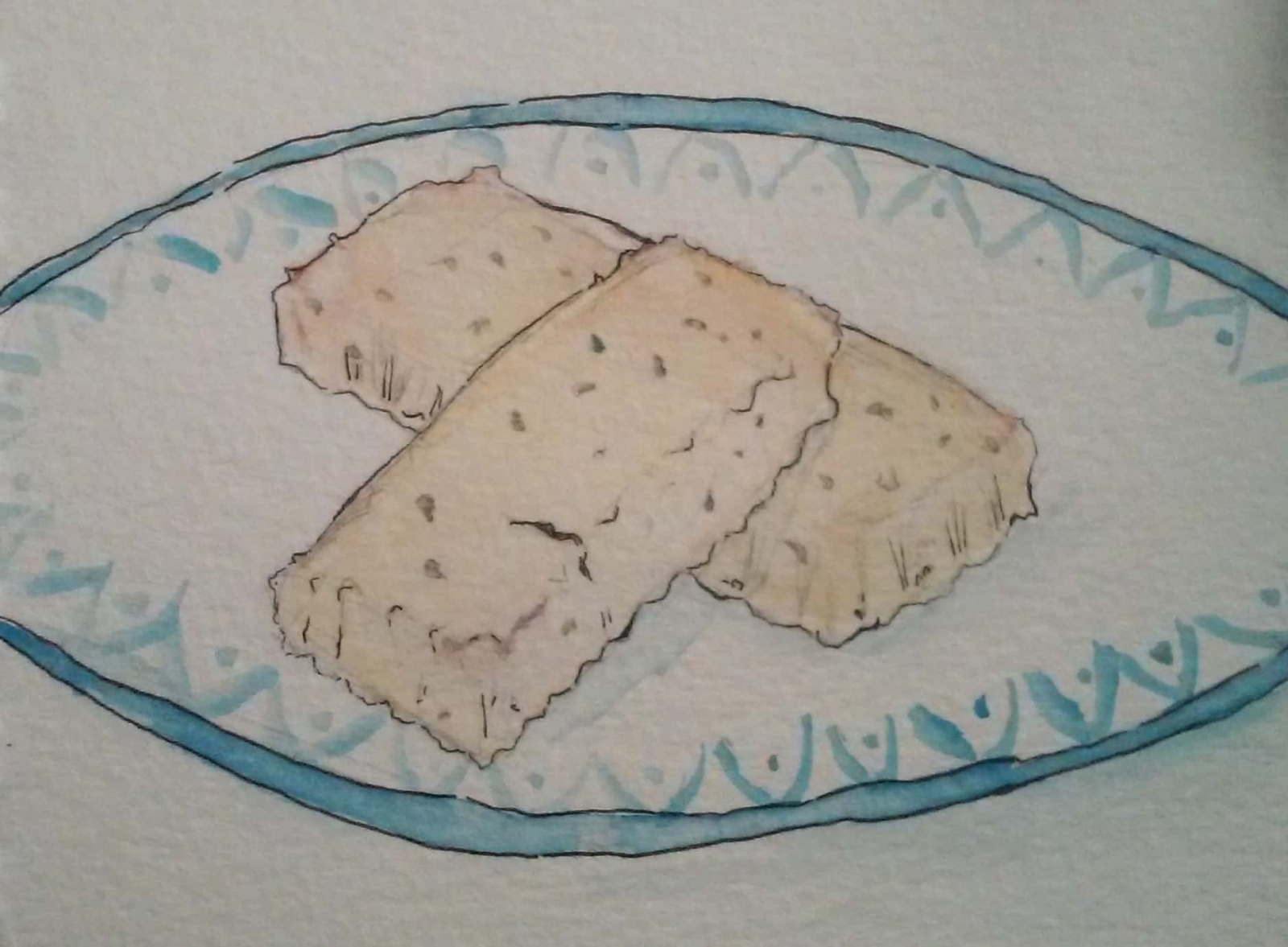 Made from Pulel tea, these pastries are a common comfort food up the eastern coast of Yatràpà and into the Koni mountains.

The exact steps and process vary from family to family, but on average the traditional recipe goes like this.
First, the flour, sugar, baking soda, and salt are mixed together. If tea leaves are included, they're added here. Then the butter is slowly mixed in until incorporated. Then mix the wet ingredients together in another bowl. Once mixed, the wet ingredients are slowly drizzled into the other bowl as its mixed.
After the dough has come together, its rolled out on a floured sheet pan to 1½ cm thick. Traditionally, these are then cut into small rectangles. They're then baked until light golden.

Pulel tea pastries are common in households throughout the fall and winter. The tea inside is good for illness and Mana Deficiency, so the freshly baked pastries are both comfort food and treatment for those affected by the chill winter months.
They are traditionally baked by the mother or grandmother in a household from the house's own tea plants.
In the south where pulel herb is less common, the recipe is amended with local flowers and teas. Only the rich in Rubefià can afford to have the tea imported in enough quantities to have the traditional pastry on a regular basis. The nobles frequently have a serving of these at their feasts to show off their income rather than for medicinal purposes.
Item type
Consumable, Food / Drink

The recipe used in this article is a modified version of the one posted here. Given the lack of baking powder, some substitutes had to taken into account. I haven't actually tried either recipe, but I'd be curious to see how they turn out!

Great article! I loved the lore behind it :D

Thank you for following my world! I'm glad you liked my article's lore!

Nice article! Love the header :3 Why is it shaped like that? So it should be eaten in two bites? or is it big enough to put into your mouth in one go? is it chewed on or sucked? Why is it the mother or grandmother that is baking them? Is it because they are the ones who bake in these families or is there some other reason? Are they believed to be more healing? Do the pulel herb taste differently than the other herbs in Rubefià? how can people tell that those pastries have the herbs?....how does it taste?

Thank you!
The shape is probably good for two small bites, I think. Its chewed, for sure.
Its usually them, partly because they do the cooking, but mostly because its seen as a comfort. Its sort of the ultimate form of a mother's kindness in times of illness. Its also a superstition in some families that it 'has' to be the mother, or the effectiveness will decrease.
I'm not sure exactly how it tastes, but it probably does have a unique taste. Beyond that... obviously I need to a bit more world-building on this article, huh? Thank you for the ideas for expanding this!

'rather for medicinal purposes. ' - You're missing a 'Than' there.   That aside, I kind of want to try baking these now xD

Thank you!! So did I, honestly. I still haven't gotten around to trying to make it actually. They sound delicious though...

I just noticed your username is minttea. I'm sensing some influence here :P

You would be correct, haha. I really wanted to get some more tea into my world, you've found my ulterior motive