To follow development and see what's planned next for the Ral-mi and other Kinds page, Join the Ethnis Discord!

'It's never a good day when I have to wear the suit.'

She knew that whenever her suit came out, it meant that some asshole was going to pass down bad news and they wanted her to look presentable to fight it.

She strode around the corner, head held high and golden gaze locked to the door of the virtual conference room.

It had been four years since she took up management in her company, in that span she had become a hero to her team— a shield from middle-level management hell.

The position treated her well; her natural leadership and Akjhe kept her motivated, and her physical stature came into play more times than she liked to admit.

Her hand took it's sweet time on the permission pad, scoping out the room before stepping in. Two sat in the room— A Gearheart and an Aen. The Gearheart was her current supervisor, the Aen was a new face.

'Yep, knew it.' She whispered under her breath, she was going to have to play defense for her team.

The door chimed and opened for her. She stepped into the corporate arena, where her words served as swords and her demeanor was her shield.

The Ral-mi, short for Raluine Mih'ai, are a Kind of Sazashi. They were built to defend and lead, through both physical and charismatic means.

Designed to be patient, empathetic, and protective, the Ral-mi are skilled negotiators, stalwart defenders, and superb leaders.

They will seek the meek of the world, and use their abilities to rally and strengthen them, as they did with the Hiserabi. With the Ral-mi's leadership and Hiserabi's numbers, they formed their home in Nege-Tai.

It matters little how a Ral-mi stands or fights. It matters how many stand and fight with them.

Like the Shejlt-Rajh and Parisan, the Ral-mi were one of the final creations of The Vadakendanic Procession, and like them they were built for defense.

To help them fulfill this role, the Ral-mi were designed with a natural empathy, and ability to sense the physical and mental state of those around them. It is difficult to hide intentions from a Ral-mi, and it is hard to resist their natural charm if they wish to unviel them.

A Ral-mi's facial features are smooth and alluring. Their entire body is coated with silken black fur, with dark spots that become denser at their extremeities until they turn into darker sleeves and socks. Their thick tails drape down past their feet, capped by a jet black tuft of soft fur.

Their eyes are bright and empathetic, framed by expressive brows that flow upwards into angled and majestic ears.

A Ral-mi's eyes are designed to be soothing and hypnotic. The colors are derived from the many comforts of the Verin homeland; golden fields, warm hearths, the green of the calm forests, just to name a few. Ral-mi eyes can sport a gradient, flowing from red to orange or lime to dark green.

Ral-mi were given claws suitable for defense in a pinch. Short, strong, and hooked— their retractable claws are well suited as weapons should they need them. They also work well as cutting tools, with sharp inner-edges.

Their fangs are more pronounced than the Shejlt or Parisan, but still small enough to remain hidden when their lips are sealed. Only when they smile or sneer do their fangs become prominent.

A Ral-mi's claws are dangerous weapons, many will gild the inner-edges with obsidian or fine metals to amplify their fighting abilities. Their fangs are invisible except during sneers and smiles.

A Ral-mi is designed to understand and translate micro-expressions and speech patterns, they can understand intentions and inflections in their peers that others would miss. They use this to help understand those around them.

Ral-mi are built to lead and protect, to faciliate this, they have a higher mental capacity for understanding where their teammates are and if they are under duress.

A Ral-mi will find themselves traveling one of two paths in life, they will either rise for the oppressed, or rule over them.

The Ral-mi originally beared the name "Raelsyk" by the Verin before renaming themselves the Raluine Mih'ai (Kin of Night). They served many roles in early Verin society, bodyguards, caretakers, teachers, and military leaders.

After the Sazashi Revolution, the Ral-mi were left in a rough spot. They had no one to protect, and for a while they drifted with no nation of their own.

They realized that they were weak without others to protect, and so they took on the Hiserabi who had been subjugated by the Kajh. With the Ral-mi's strength and leadership, the Hiserabi were freed from their slavery. Both Kinds founded their own nation, migrating west and claiming the Nege-Tai.

Ral-mi Culture is centered on thier desire to protect. Family and group dynamics whether by blood or by choice follows the Ral-mi wherever they travel. They are known to host great parties and feasts, no matter if there is an occasion or not.

A Ral-mi who travels can grow comfortable in the culture of those they have found, this is why Ral-mi can be found thriving in nearly every Banner. Though the concept of inter-personal interactions draws them to The Apple of Hedonism in large numbers.

I must stand against that which threatens my people.

Every Sazashi is born with an engineered mental desire, a drive that motivates them. A Ral-mi's Akjhe is tied directly with defending those around them.

This desire to protect leads the Ral-mi to form a group of friends of followers. Anyone unfortunate enough to mess with a Ral-mi's group will soon find themselves the target of a scorn unlike any other.

A Ral-mi's Akjhe is reliant on having someone to protect. This makes them likely to set out in the world and find a group whom they can serve with. This may take the form of physical or mental protection. 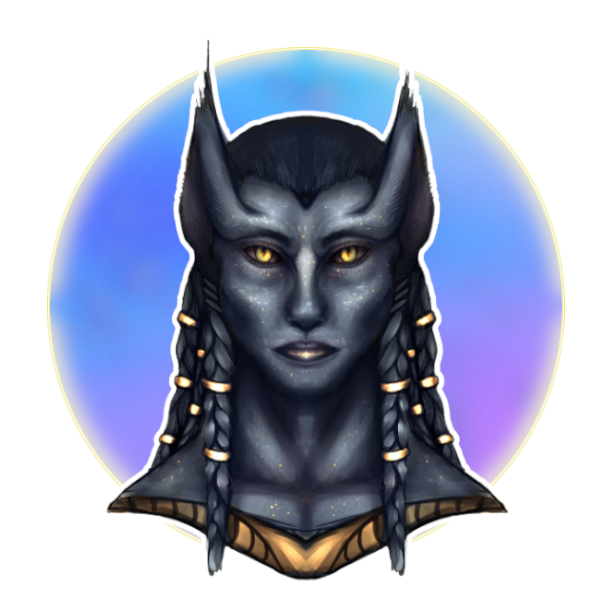 ValuSelu Pact
The Apple of Hedonism
The Jupiter Syndicate

Church of The Somnolent
The House of Sorrows

You are the glue that keeps your group together, no matter if you are on the battlefield, in the markets, on the jobsite, or anywhere in between. You serve for those around you, and they respect and admire you for it. Their safety and wellbeing is your contentness.

You don't have a single group, you find more enjoyment of finding those who need help and bringing them up. You are a wandering lifter, and those who find themselves in trouble can rely on you to raise them up and stand them tall. Their success is your success, even when you move on. 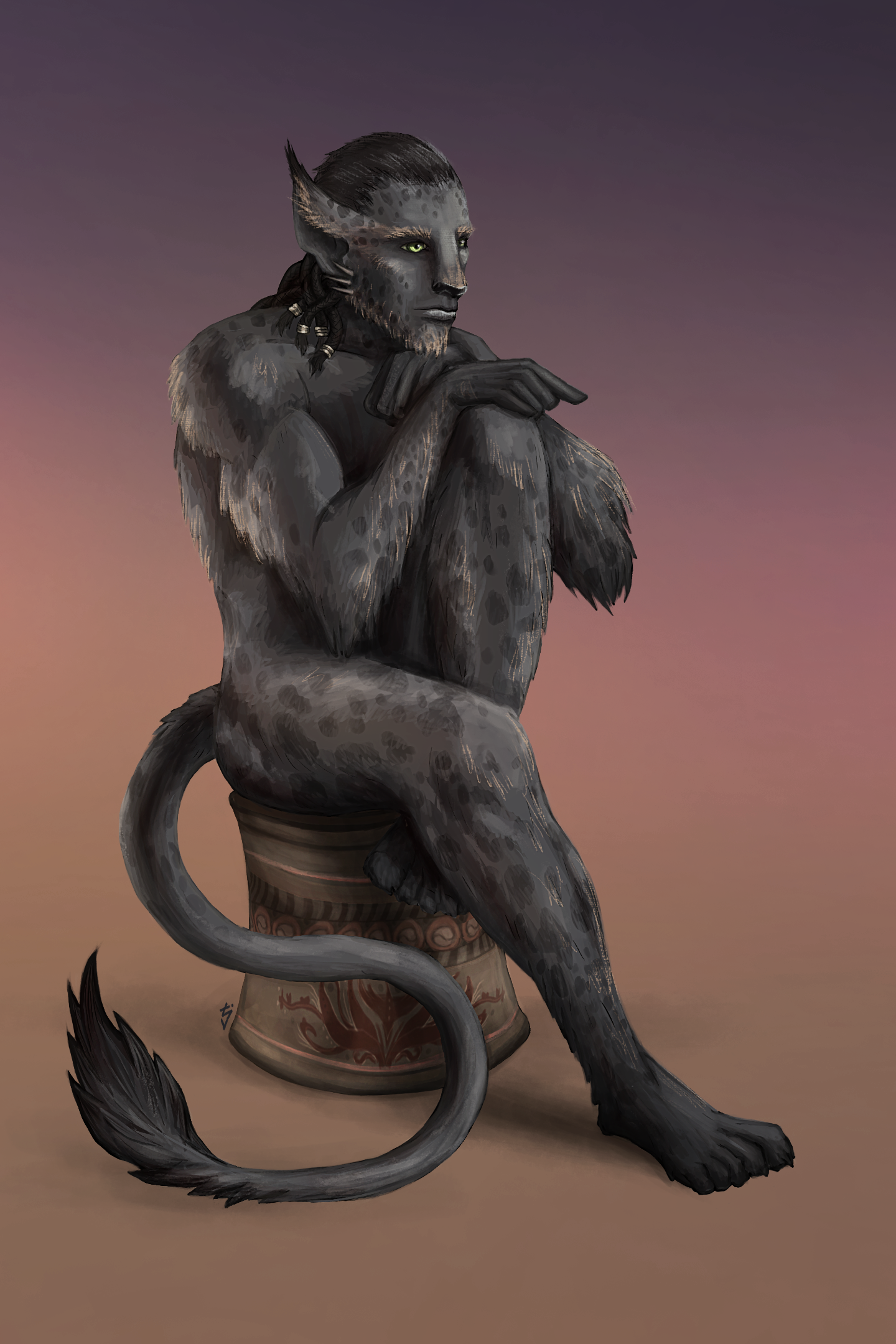 A Ral-mi is a fantastic role to play if you want to have a mix of physical strength and team-based skills. They work well in social games, but are strong enough to play well in physical confrontations.

They may be harder to play in solo games, unless you are given NPCs to interact with! It's not impossible though, a Ral-mi is still plenty strong enough to fend for themselves.

Ral-mi NPCs are great guides for a group, if they have no group already, they might join the party!

Ral-mi are team-players, wherever you find them they most likely won't be alone.

Ral-mi are always ingrained in the culture around them, especially if there is a subculture of the downtrodden.

A Ral-mi can make a great fighter for the party as well as a leader, if the players need some extra punch a Ral-mi is a good option!

A sellsword by trade, a defender by passion. Kil'lahni straps herself in heavy plate and travels the universe looking for those who need her skill. Her arsenal, a lightning-arcing sword and Sunmetal shield. Her strengths? Tearing through whatever foes decide to mess with her or her 'employers.'

She will stand in front of her group, slamming her sword to her shield in a taunting display, her firey eyes beckoning for her enemies to "have a go."

"I can take anything you throw at me, you best be ready to take it back." 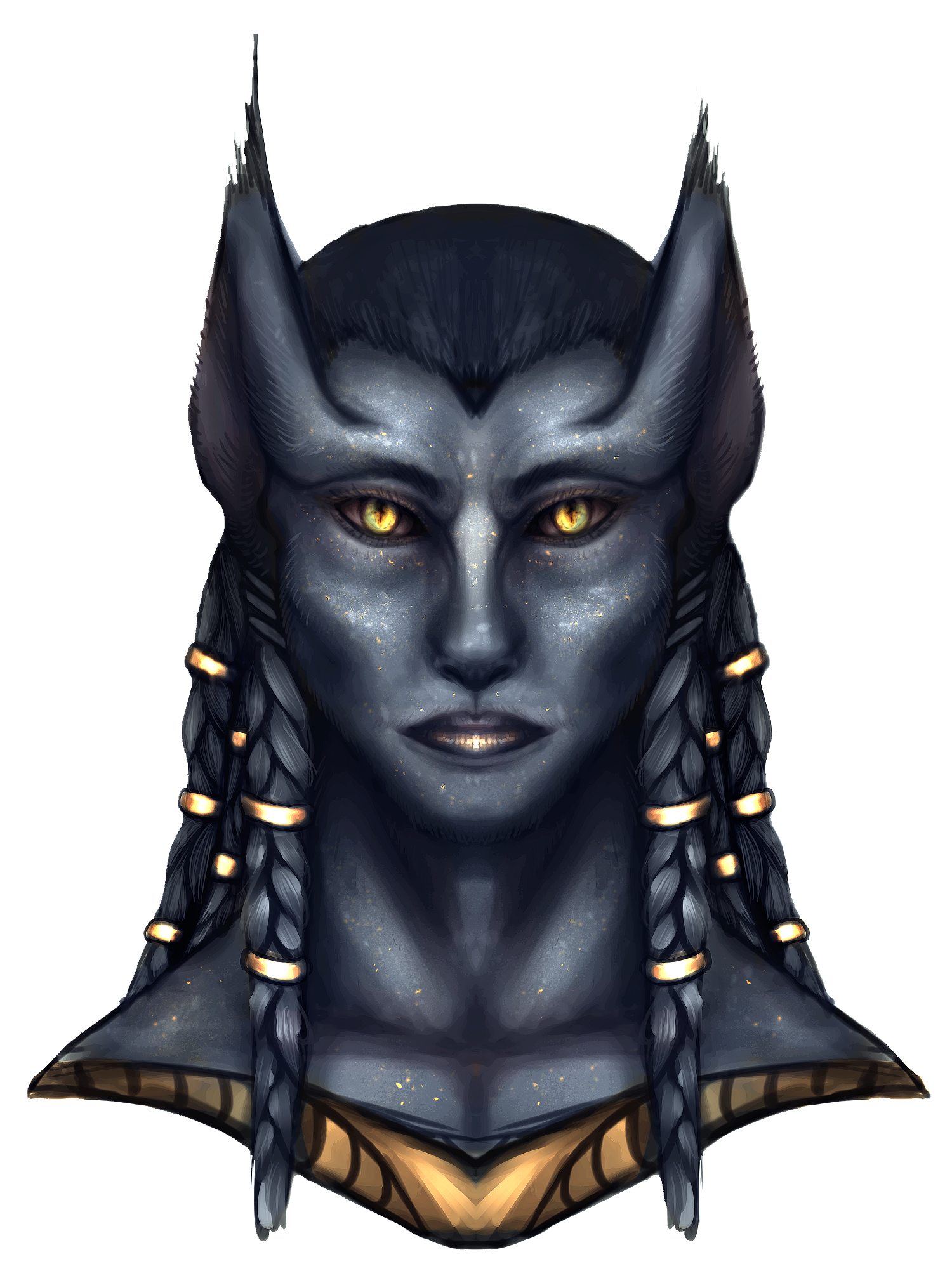