TBD: The Story of Horj the Bar-tending Kajh, how he created, ran, and eventually defended his own bar with his own two hands in the deserts of Sig V.

The Kajh are a Kind of Sazashi, with a raw strength and productive Akjhe that places them at the forefront of industry and labor.

A bold and brave people, the Kajh also serve as some of the best fighters of the causes they wish to fight for.

Combining their strength with that Akjhe which leaves them yearning for productivity, the Kajh are capable of raising mighty cities out of naught but rocks and sand. A trait that can be traced back to their desert home of Kajh-Tai.

What is it the humans say? "Alpha and Omega?"

That's us summarized! We create, and we destroy better than anyone else out there.

Kajh came to be as the Procession required manual labor. Short and stout, strapped with muscle and hulking arms, the Kajh fulfilled the role well. The Verin's grand expansions were built on the strength on the Kajh, and many of Jhoutai's most historical sites still stand because a Kajh made them to last.

As one of the first Sazashi to be engineered by the procession, they lack many of the Verin appearances that other Sazashi inherited. Their facial structure is typically squared, their cheekbones sit high and angular. Sharp horn-shaped ears curl upwards, sitting below naturally bushy eyebrows that reach back into the start of the mane.

A Kajh's fur is primarily a mix of ruddy oranges, reds, tans with grey stripping and spotting. The Kajh have long, weighty tails ending with a short fan characterised by coarse and rigid fur.

Kajh have intense stares punctuated with warm colors. They are reminscent of Jhoutai's star upon the sands of their home of Kajh-tai, ranging from brilliant gold to hazy reds, and the vibrant oranges in between.

The claws of the Kajh are strong devices, rigid and flat to supplement their skill set. Many Kajh use their claws as chisels, screw-drivers or other equipment needed to get their jobs done.

Kajh have a pair of tusks that jut out in front of their upper lip. The outer pair grow longer than the inner set, often reaching all the way up to nose height. The tusk structure evolved off of the Sazakraht subspecies used to create the Kajh.

Many Kajh will sharpen their claws for driving through opponents or materials, and they can harden enough to be able to punch through thin steel or stone without fracturing. Thanks to a slow growth rate, Kajh claws can be fashioned into implements for their trade.

The natural abilities of the Kajh come from the strength of their bodies and the control they have over their own power. A Kajh can break their limits or maintain their position whenever it is needed.

At will, a Kajh can push their musculature beyond their physical limits. Strikes and movements can become so powerful that the Kajh's own flesh can rip, muscles can tear, and in the most extreme cases, bones can fracture.

Kajh have the ability to lock and hold their musculature in place if needed. In this muscle-locked state, they can resist more force and hold their pose for hours at a time. Skilled Kajh can hold their lock in sleep, masters can hold it in death.

As the Verin of the Procession gained the ability to make new Sophont, they started outsourcing manual labor to these new creations. The Kajh were made to handle the strenous tasks such as resource harvesting and construction. The Kajh harvested the physical fuel needed to keep the procession alive.

When the Sazashi Revolution came to a head, the Kajh not only fought on the front lines, but strangled the Verin supplies. Without the Sazashi, Kajh especially, the infrastructure of the Procession ground to a halt.

After the Sazashi gained independence, the Kajh took the land of Kajh-Tai. The desert country is rich in resources, but only the Kajh could make it hospitable. From their home, they developed a rich culture of food, dance, and combat that has defined many Sazashi traditions.

Introducing people to the Kajh Culture is always an experience.

Some have a hard time believing that we big-armed 'brutes' do so much more than punch all the time. Yet they don't realize that so much that makes the Sazashi unique came from a Kajh.

The culture of the Kajh is an eclectic mix of their skills, abilities, and unique resources native to their home of Kajh-tai. Their strength stands as a center piece, but branchs off into robust infrastructure, competitive sports, expressive dancing, and eclectic cooking.

Many of the Kajh contributions have reached the entirety of the Sazashi, especially their sports and Meyfar. Some, are so unique that only the Kajh can safely participate such as Shalegkua and their Kajh Pepper Pickling.

Each Kind of Sazashi is born with an Akjhe, a mental programming that can drive their desires.

For the Kajh, their Akjhe pushes them to work until they are tired. In the days of the Procession, this applied almost entirely to the manual labor the Kajh were forced into. In the Banner Era, what a Kajh does to satisfy their Akjhe can vary to any sort of physically demanding activity.

With their impressive upper body strength, many militaries and adventuring parties let the Kajh take the front. If anything decides to be threatening, a swift punch from a Kajh's fist will put them in their place or in the ground.

Kajh can use their strength to craft large buildings and objects with ease, and can often be found throughout the galaxy leaving their mark where ever they need to survive and thrive. 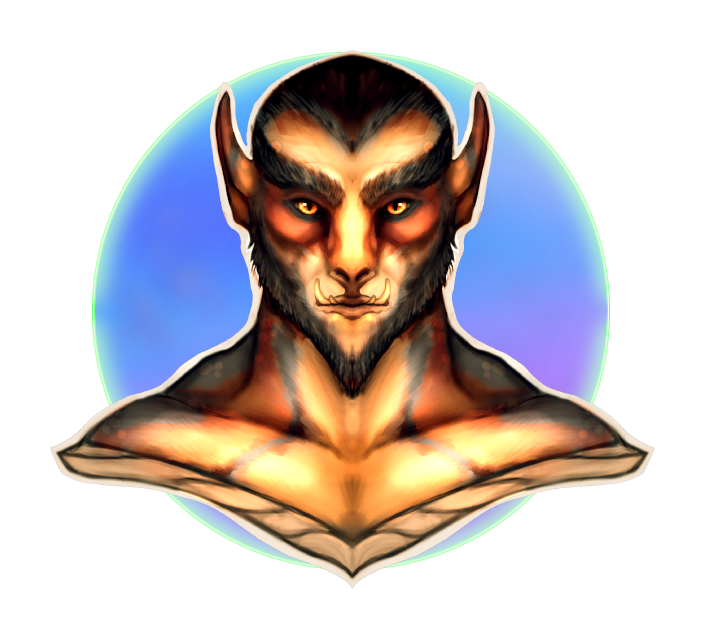 You are a sportsman, partaking in one of many sports that the Kajh excel at. Dancing, sparring, building, whatever it is you strive to improve your skills to master your chosen sport. You might work as part of a team, or you may be alone in your pursuit.

You strive to be a master of your craft, and there are many to choose from. The pursuit may be harrowing as to set yourself apart requires placing your skillset in tough situations.

A fighter through and through, you are what many think of when they imagine the Kajh. Fists and fury, all bundled up in a mass of fur and muscle. Your punches are increasingly powerful and as you progress through life, fewer things can stand up to your might.

If you want to be up-close and personal, a Kajh is a safe bet. They have strength and vitality, and their abilities provide unique strategic options to hold things together or punch things apart.

A Kajh player might enjoy having a hobby or two to take part of, as building a Kajh built solely on combat can lead to some one-dimensional and boring play, especially in campaigns where combat may not be the entire focus.

Kajh make great fighters for a group, which might be useful if you have a party of players not so keen on combat.

Kajh are often well-versed with the local culture, contributing their own into the mix. They make great guides!

Many Kajh are hospitable to new folks, they may be the first to welcome the party to a new area.

If the party needs to get something built, a Kajh is a fantastic option to help them out. 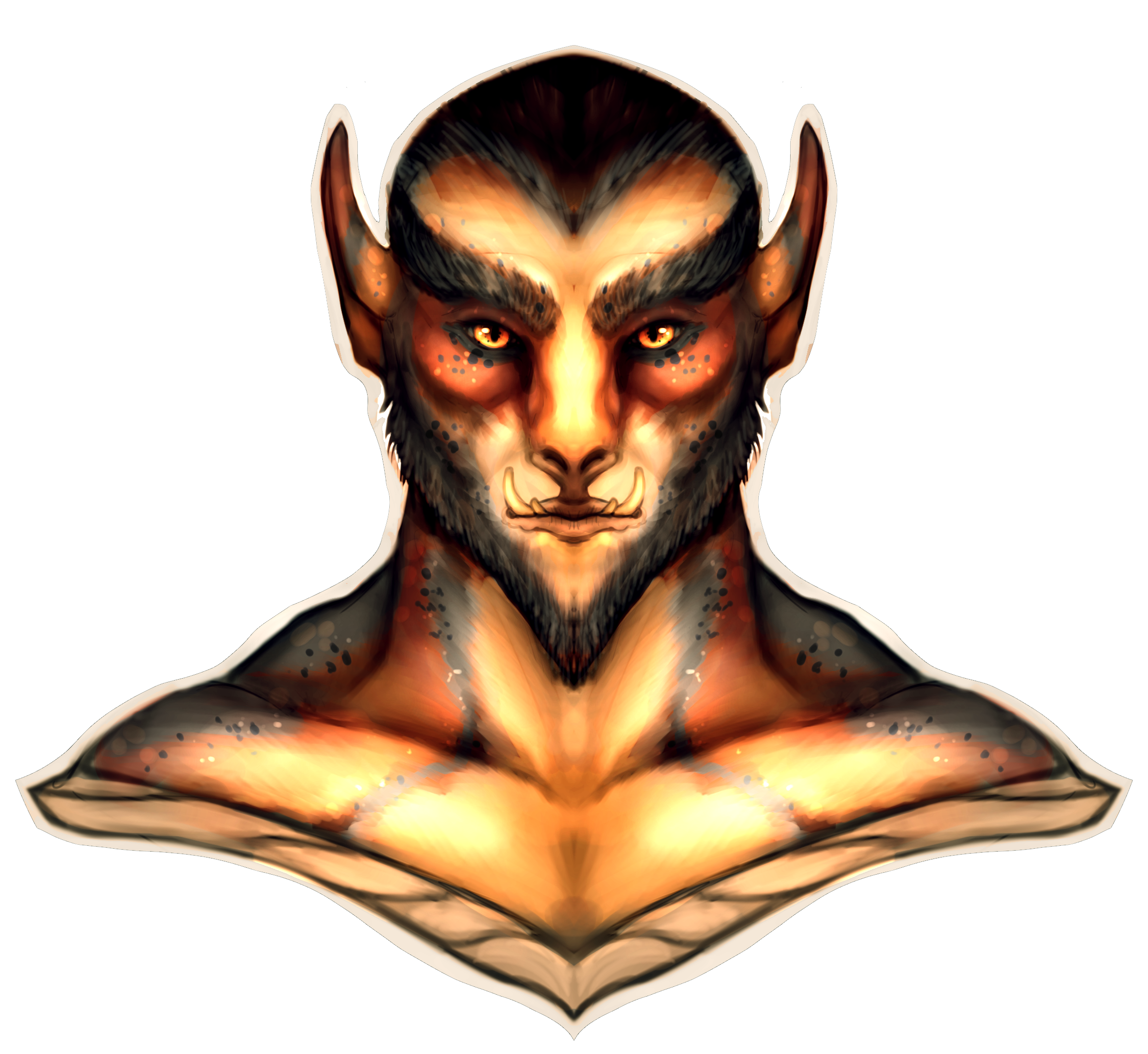 'Nothing tops the exhaustion of putting in a hard day of work.' I love this - it sums up the culture/species you have described, I think.

Boiling down the complexity of any kind is a difficult task! I'm glad you enjoyed it!

The changing of the Akjhe from forced manual labour to the love of hard physical activity is a really great bit here!

The evolution of Akjhe is always both fun and challenging to write about. It's an alien concept, one that could be misconstrued if we aren't careful!   I'm glad you noticed it!

I love the artwork in this, and the idea of their muscles being able to lock up for extra durability is such a cool feature. I do wonder why a master would like to lock up in death?

The strength of a Kajh's muscle lock is enough to hold a door closed, or hold up a great weight. It is most likely rare, but a Kajh's Muscle lock can essentially be a lasting swan song in death if need be.