To follow development and see what's planned next for the Hiserabi and other Kinds, Join the Ethnis Discord!

Jun slid beneath a market stall, rounding towards a nearby alley.

A familiar crack flew past Jun's bobbing ears, chunks of wall sprayed against his face as the rifle round pocked the concrete wall he ran against.

"Nope! Missed me!" The Hiserabi taunted whatever nameless weekend-warrior mercenary decided to try and kill the messenger. For his own sanity, he squeezed the data-chip tucked under his arm.

They were starting to get a bit too close for Jun's comfort, so it was time to get vertical. He looked for an escape route, head craning upwards as he sprinted away on all fours.

A set of balconies loomed over the alley, the railing just within reach for the Hiserabi's long reach.

Another burst of rounds slapped the ground at his feet. It was encouragement enough to make his leap. He grasped the railing his hands, using the momentum to flip himself onto the balcony.

From there it was easy to parkour up to the roof, and once he was on the roof no one could hope to stop him.

Jun lived another day, and another revolution message would be delivered.

The Hiserabi are a Kind of Sazashi. They were designed to maintain infrastructure and pilfer the places that the Vadakendanic Procession couldn't.

They were designed to be able to move anywhere, with a dimunitive size and limbs made for mobility. A Hiserabi can live and thrive in places where others could not, and they do.

There is a stigma around many Hiserabi, a result of millenia fighting drug addiction and bad reputations forced upon them by their mistreatment early in history.

Hiserabi are a universal constant. The state of them is not. They can live anywhere, even in the worst environments you can find Hiserabi making their lot in life finding anything of value.

The Hisearbi have enlongated limbs, strengthened tails, and a light weight build that afford them mobilty in both urban and natural environments. They are easily the most agile Sazashi, with a vertical mobility that can be as fast as their horizontal speed.

The early design of the Hiserabi shows by their more animalistic appearance, taking more from the Sazakraht ancestory.

Their faces are defined by long, pronounced fangs, an enlongated skull, and more jowl-like lips. Their manes wrap around the entirety of their neck, down to their upper back. Their fur is coarse and thick, ranging from tans to dark browns with a lighter chest and abdomonal. Most hiserabi have dark stripings and spots that flow from their face to their back and down their legs and arms.

Hiserabi Eyes are intense and attentive. They are bestial in nature, but sparkle with an intelligent and cunning. The colors are just as intense as their gaze, pulling from deep shades of red, orange, and gold.

Hiserabi have a wicked set of natural tools at their disposal. Long, sharp, and hooked claws wait in a Hisearbi's fingertips, ready to be used to assist in climbing or leave nasty gouges in a threat. They also work well for manipulating small objects, such as screws or cloth.

They sport some the most pronounced fangs out of the Sazashi, they naturally fit infront of the Hisearbi's lower lip. They are also embedded deep in the skull, giving them a potentially nasty bite.

Hisearbi claws are long and shark, with a hook-like shape. Some Hiserabi will posion their clawtips, to give them a last-ditch weapon to defend themselves from aggressors. Their fangs average two inches long, with long embedding that travels up their skull. They are always visible, resting above their lower lip.

A Hiserabi has the ability to detect differences in the atmosphere by using specialized organs within their jaw. In order to use them, they will leave their mouth slightly agape.

Hiserabi inherited a unique storage solution from the Sazakraht. They have a craw that allows them to store objects for regurgitation or digestion later. Many Hiserabi keep their most valuable possessions within their crop.

There are plenty of theories on how were it not for the unfortunate history of the Hiserabi, they'd most likely rule the universe.

The Hisearbi were designed as the second Sazashi. They were made to construct and discover, to fit into the places where the Verin could not or would not go. They served as cavers, explorers, and construction workers.

When the Hiserabi came out of the Sazashi Revolution, they were left without a nation. Many found their way into other nations employeed in the jobs that many did not want. While they were scattered everywhere on the mainland, they had the largest concentrations in the dense Nege Forests of Khatoum and Nege-Tai.

Their strength and desire to collect valuable items and their sizeable population did give the Hiserabi a negative reputation among other Kinds, and while that is lessening as time goes by, there are still many places which view Hiserabi as Second-class citizens at best and vermin at worse.

Hisearbi Culture is based of their desire to find wealth where ever it may be hidden. They often live communal groups, picking clean where there surroundings. They can many times be found with a Ral-Mi, whose Akjhe matches well the group living that Hiserabi favor.

Scir'ra is a major driving factor in many Hiserabi groups. Scir'ra is the belief that what isn't in use belongs to whomever needs it the most. To many others this looks like stealing, as the moment someone isn't using something, a Hiserabi who needs it might just take it.

This cultural belief fits their akjhe well, as what is wealth but what is required to get something done?

What you find today may save tomorrow.

Every Sazashi is born with an engineered mental desire, a drive that motivates them. A Hisearbis's Akjhe enforces their desire to discover new wealth by leaving no stone unturned.

A Hiserabi can find this motiviation fulfilled in both illicit and legitimate means. They can make the best hunters and scouts, and they can make the most illusive thiefs.

The Hiserabi serves as a fantastic treasure hunter and seeker. This utilizes their mobility and size and their ability to grab and go unlike any other Kind.

Hiserabi's mobility allows them to survey any environment with little to no equipment. They are nimble, and quick. They make fantastic recon units. 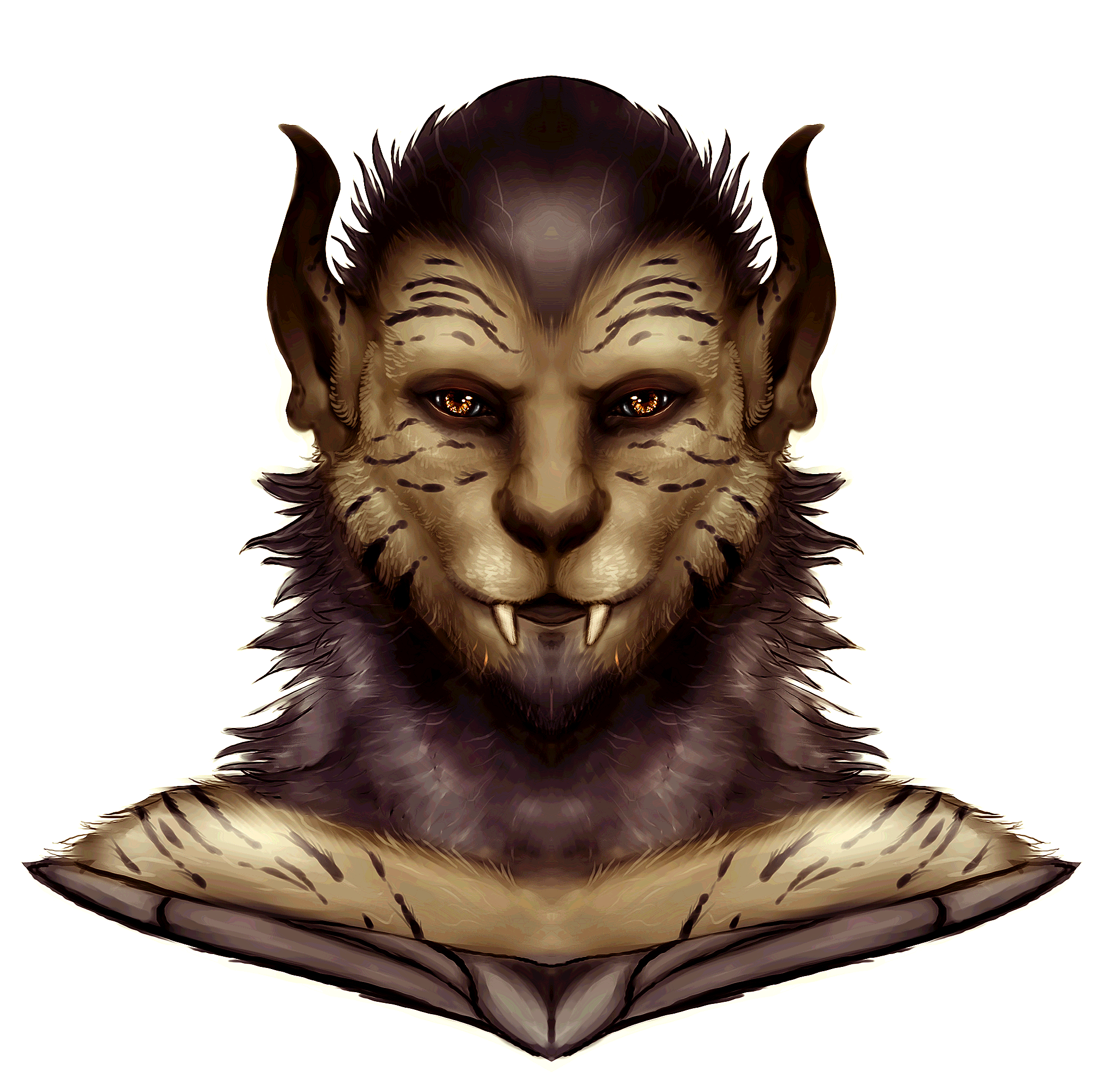 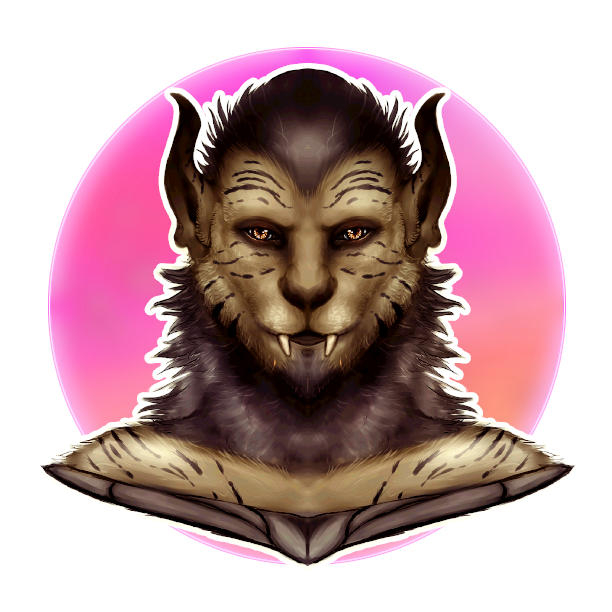 ValuSelu Pact
The Jupiter Syndicate
The Federation of Free Planets

Church of The Somnolent
The House of Sorrows

You are a Hiserabi just trying to make ends meet whereever you reside along with your troupe. This may be a group of your Hiserabi friends, or a party that you have become a part of. You serve your job in your troupe, and thrive when everyone does their part.

You operate outside of the norm, seeking to fulfill your Akjhe in the vast reaches of space. There is plenty of wealth to be fun where few people tend to tread. Whether or not you do this in a group is up to you and who you can reliably trust.

You live within the throngs of one of many urban sprawls within the universe. How you get by could be any number of ways, be it illegal or clean. What matters is that you manage to survive. If trouble comes knocking you know all to well how to outmaneuver it. 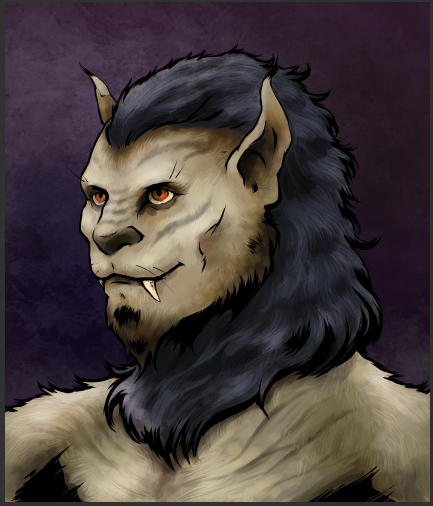 A Hiserabi is a fantastic support class or for characters who want to play someone focused on mobility. They work well in almost any sort of game, be it social, combat, or adventuring based.

Hiserabi are physically weak compared to many other Kinds, so combat may be difficult without someone to take the damage!

Hiserabi NPCs can be fantastic ways to discover the inner-workings of a location. Though players may have trouble following them!

Hiserabi can often be found in groups, it may prove valuable to make them allies, or dangerous if they become enemies.

Hiserabi can be found anywhere. They can be found in the best and worst parts of town, or even where other sophont do not tread.

A Hiserabi can make a great scout for the party, checking out places for the party or using their mobility to find unique solutions to puzzles.

Known to others as "Cory," Cory works as a delivery boy making ends meet in the rundown city of Cuidad Uno. He seperates himself from many of the other Hiserabi as he does not bend the knee to the local crime lord Sora-Khai. He fights for himself, seeking a way to get out of this city and to find a new life of his own amongst the stars.

His life as a delivery boy has taught him how to get where he needs to go, and the fastest route to get there. No one knows the city like him, and few can even hope to keep up.

"Yes did you order this pizza? Why is there so many dead bodies behind you?"

Really interesting race - it sucks that something another race did to them besmirched their reputation for so long. :(

They are making a hell of a comeback don't worry! Thanks for reading!

They are a very fun species to explore and write! I'm glad you love em!

Rises up from the depths of paper, yards of thread latched onto pins with more papers, she doesn't trust the 'net with what she can hold or destroy as a hardcopy
It's all a ploy - the Hiserabi will rise up and have their revenge against those of us who kept them down. Though maybe they should. What heights could a power reach under the guidance of a Hiserabi? Who would make better spies than the ones who can go anywhere and go unseen for seemingly being "lesser" or secondclass? Now, where are my keys? What do you mean I wasn't using them?!
User ChangeMyMind has logged off

You are a dork and you should never change.   Thanks for the laugh! :D

I meme to entertain. And everyone loves a good underdog rising story.