Note: this article is a work in progress.
Made for the History Challenge 2020.
"Mom, when is dad coming back?"   "He won't, sweety. He is working in the cheese factory now."

The Mousari Tribe is one of the unseen factions of Bridgeport, living and working beneath the streets. Only a few people in the city have actual knowledge of the Tribe and its whereabouts and some even have contact to its members.   Mousari have everyday jobs like anyone else in the city as the growing Mousari tribe with currently around 8,000 members all over (or rather under) Bridgeport County has many needs. 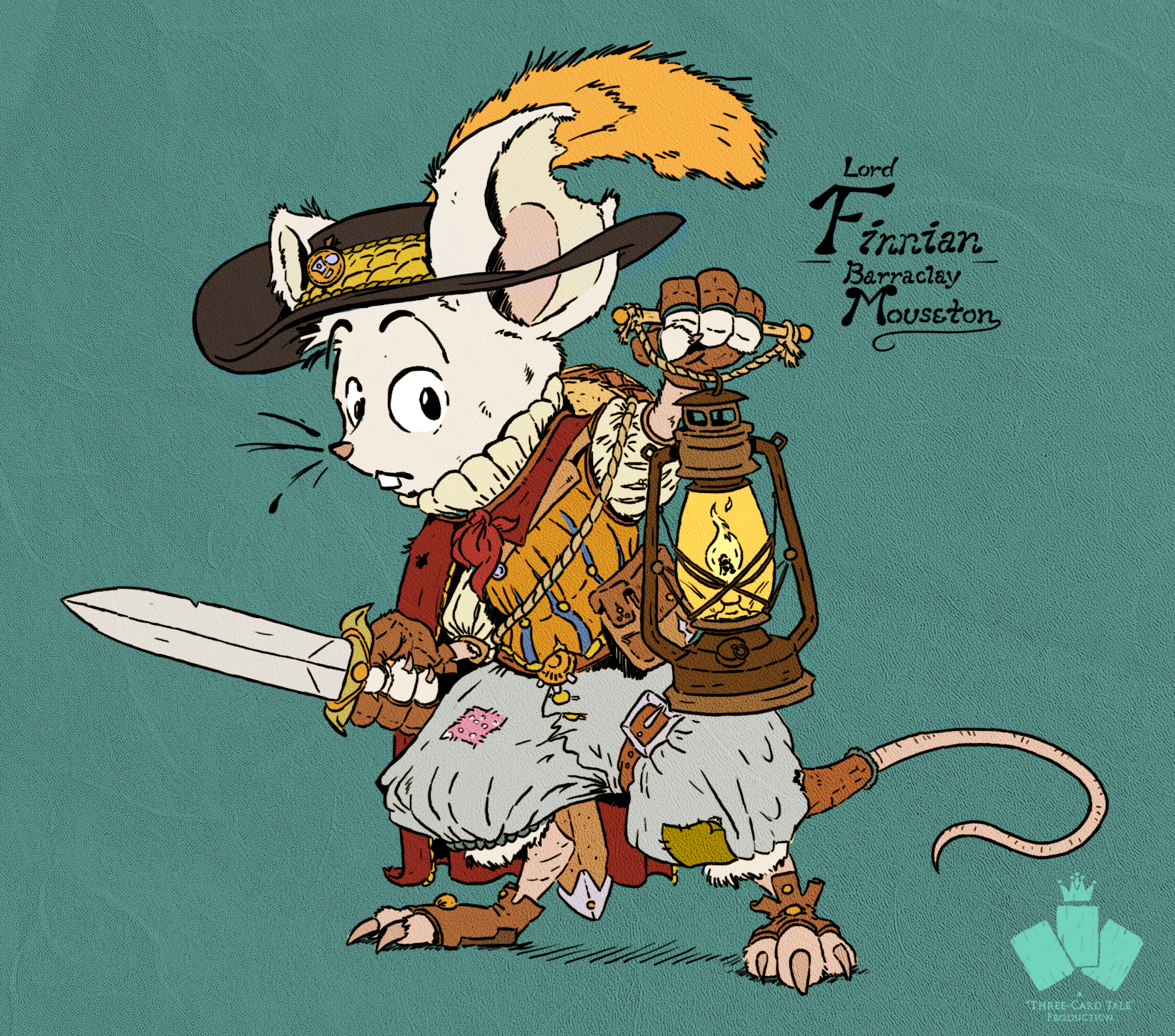 The Mousari have copied the official organization structure of Bridgeport with their own Little Council of Ten and a military unit called Grey Guard. All Mousari are part of one of the following groups:

The Accountants calculate or estimate the number of things the Tribe needs and send out the Scouts, Gatherers, or Movers to locate those things and bring them in. 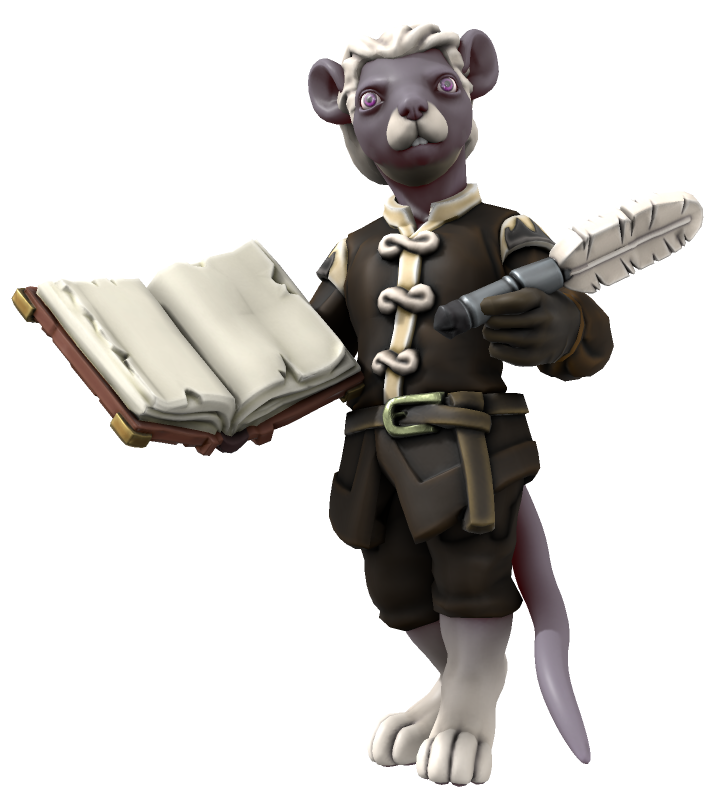 Things the Tribe needs and cannot be found are made by the Crafters. They also build and furnish the simple homes of the families. 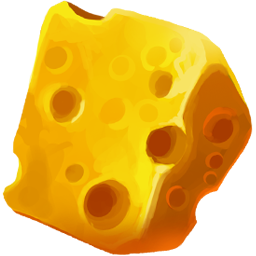 If there is something the Tribe needs but the Crafters can't make it, or if something is interesting enough to examine, the R & D team of the Mousari is coming into play. The team is examining, researching, experimenting and developing. Lately, a few members have taken interest in the works of Wummer Kolfe's Gnome Workshop and have started to copy their inventions. One day one might see a small Mousari airship armada.

Corn, sugar, grapes, needles, nails, small sticks, everything that is carriable by one or two Mousari is collected by the Gatherers.

The Grey Watch is the military unit of the Mousari Tribe. Highly trained and equipped with tiny weapons, they defend the Tribe where possible.

Their job is to bring home anything the Tribe might need but is too big to get carried by the Gatherers, like half a pumpkin or a dropped bread. 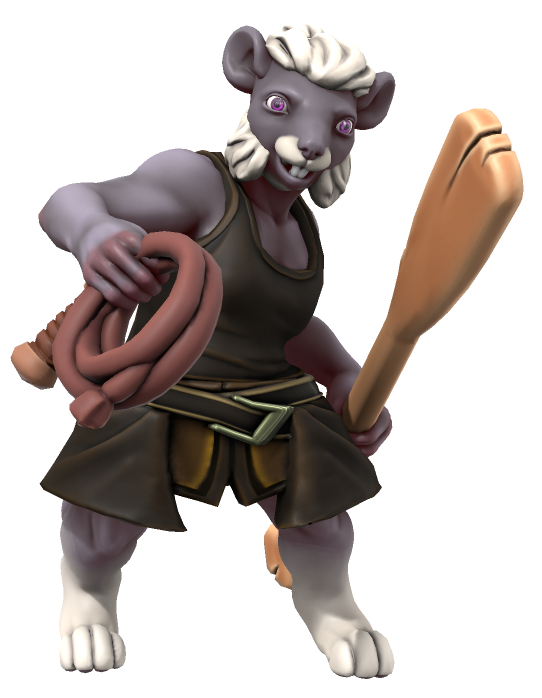 They check for danger, enemies or larger interesting objects that require the Movers to get retrieved. 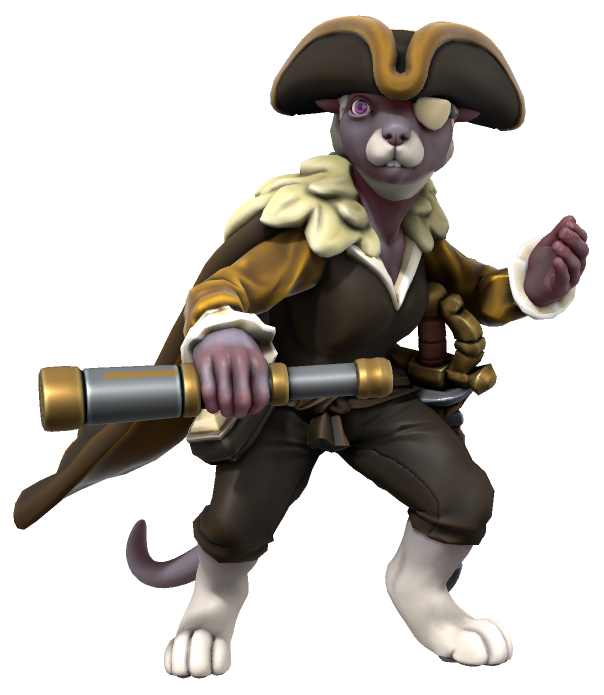 "Whole pumpkin rolled off a cart in Burbon Street. Movers, go get it, you need 14!"

The ten most experienced members of the Mousari Tribe come together as the Small Council of Ten and have the last word in all major business, political, and judicial decisions. They also have control over the Grey Watch.

Everyone else belongs to the Family. That's mostly very young, very old, pregnant or other Mousari that need the attention of others. 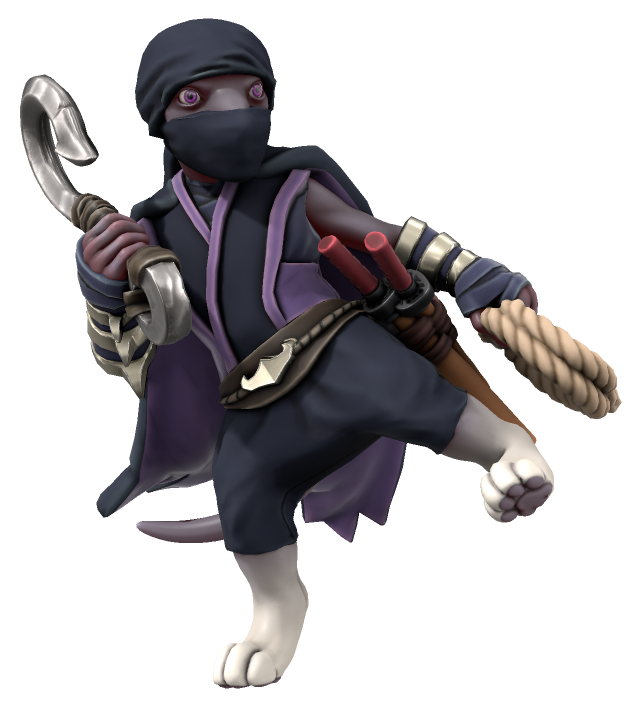 Mouse Spy by HeroForge
Several ancient basements underneath Bridgeport, that are not accessible for anyone larger, have been taken into possession by the Mousari, as the sewers turned out to be under full control of rats. Those basements are heavily guarded by several lines of defence, Mousari spies watching every entry and members of the Grey Watch guarding the pathways. 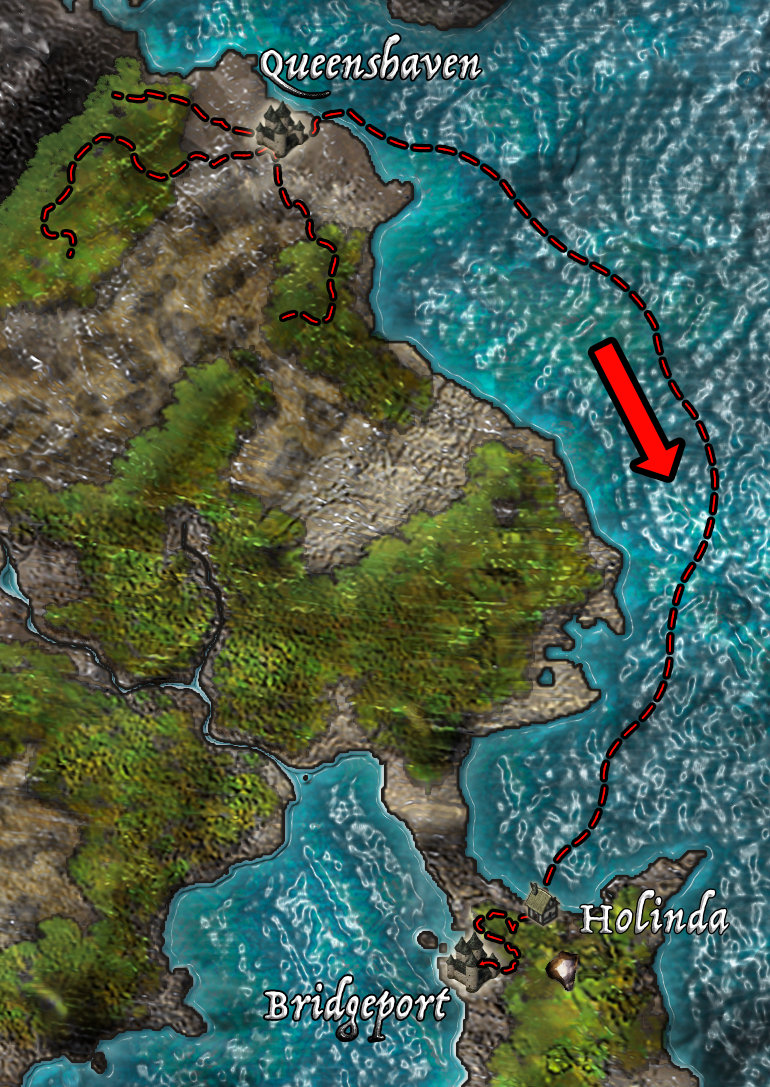 460 years ago the Mousari Tribe has been founded in Kingshaven (now known as Queenshaven) by a small group of 250 mouse folk. The eldest got elected to rule, and the tribe members were assigned to operational groups.   About 300 years later the 2nd Boresian War between dwarves, elves, and humans began. In four years of war, even Kingshaven could not escape destruction and famine, the size of the Tribe got almost cut in half. Using all their courage and wit the Mousari ended the war by stealing and placing battle plans of the different war parties strategically.   In over 140 years the Tribe regenerated and lived a good life until a devastating fire destroyed the whole city. Too many houses, too tightly packed together, nothing was left after the fire. All inhabitants had to flee into nearby regions, the Mousari did not have that much luck and many were just too slow. After many weeks outside the ruins of the city, the remaining Mousari reassembled and sent out scouts to find a new home.   A long, cold winter killed many of them until finally in the new year the scouts came back with a new place: Bridgeport. Packing up all their belongings the Tribe immediately left, using the next ship that arrived with material for Queenshaven's reconstruction.   600 Mousari exited the ship in Holinda and immediately started marching down the 14 miles to Bridgeport. Unknown predators from the woods attacked the group, causing 50 deaths among the Mousari.   Finally, the Mousari arrived in Bridgeport and moved into the locations found by the scouts. Bridgeport got officially declared the new home of the Mousari Tribe and the Tribe defined the current year as year one of the Era of Reconstruction. The tribe eldest died during the declaration due to exhaustion and excitement, making the Tribe replace the Ruling of the Eldest by Ruling of the Strongest (in body and will).   Within the next 8 years, the Tribe grew significantly, many mouse families spreading out into Bridgeport County. Soon more Mousari lived outside the city than inside.   With the beginning of the 3rd Boresian War, food in the city became rare and almost all Mousari moved to relatives outside the city. After the war, only a small number of Mousari moved back to Bridgeport.   One year later, masses of melting snow flooded one of the large Mousari home areas close to Bridgeport harbour, making it unusable for several months.
The Mousari know a little bit more about the cause of the fire and Cimmerius Shade's involvement, but they kept it a secret until now. They are trying to find help getting justice for the tribe members that died in the fire.

About 3,000 members of the tribe populate Bridgeport, another 5,000 are spread out over Bridgeport County. The oldest members are about 25 years old, the current average lies at 7 years.

Bridgeport and all the surroundings are claimed by the Mousari as theirs, which is a ridiculous claim, but it works for them. Inside Bridgeport the Tribe has taken over four large spots: 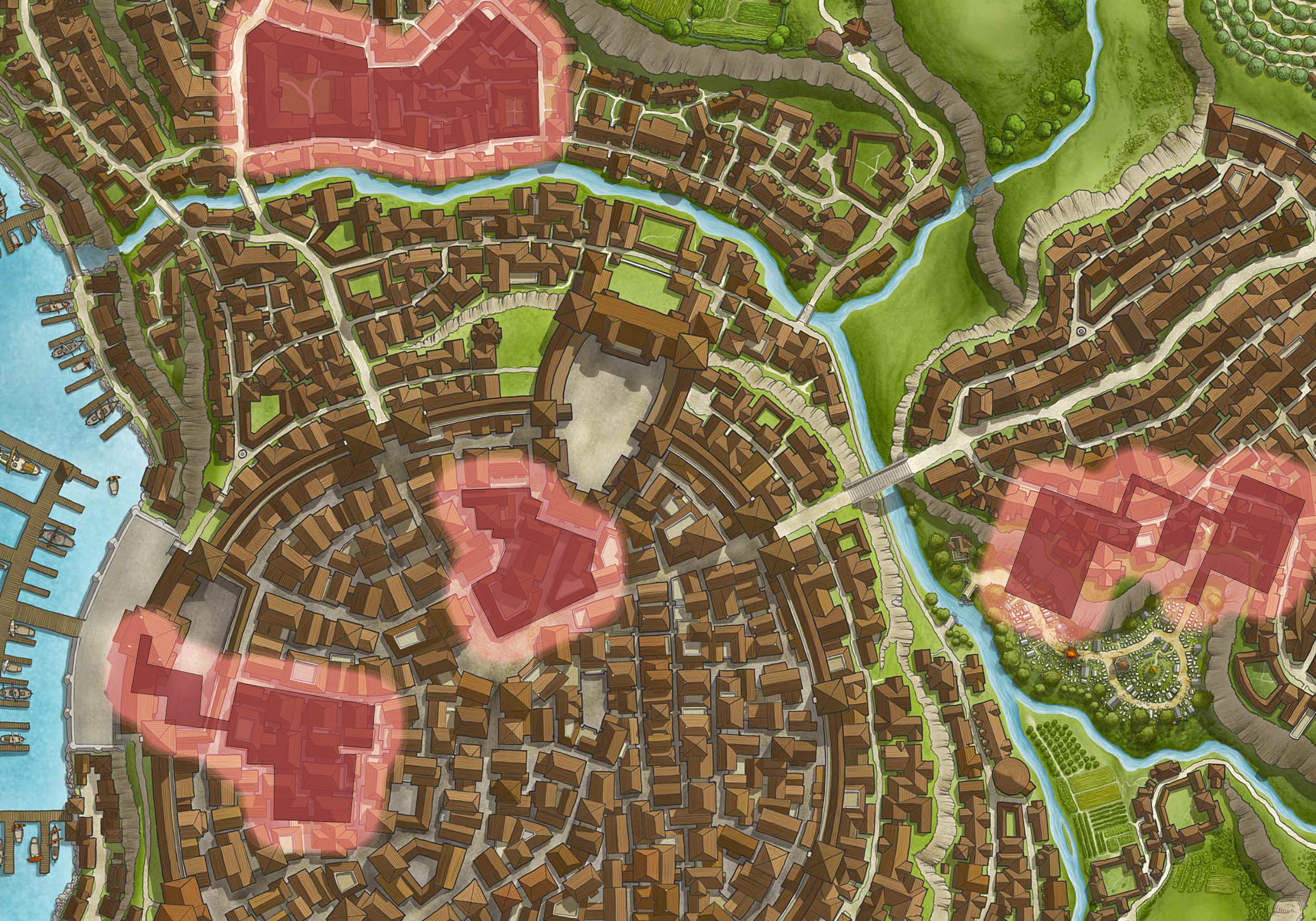 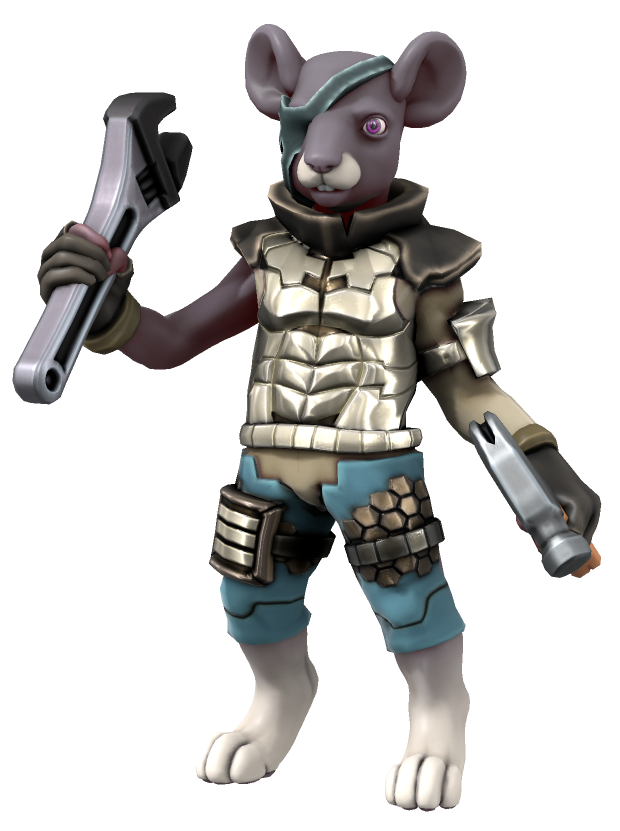 Mouse Researcher by HeroForge
Mousari scientists (part of R & D) have found out that due to their underground life, Mousari are not uneffected by the tiny bits of Aeum hidden in the ground, granting them their small part of magic power. Mousari magic is not performed by spells, it is rather allowing them to jump higher or wider, fall from heights without much damage or get away unseen when needed. The powers are used intuitively. Individual Mousari though may have found other ways of using Aeum magic. 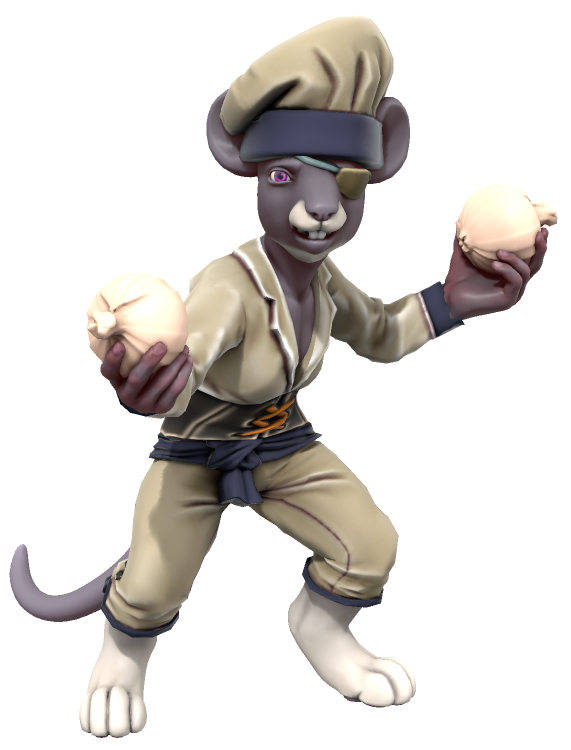 Mouse Cook by HeroForge
Most of the Mousari food has its origin in the harbour of Bridgeport. Loading and unloading freight produces a (for the mouse folk) huge quantity of edibles. A fallen down fish or a thrown away piece of an apple nourish several Mousari families. The Gatherers also collect food behind bakeries or butcher shops, and there are countless fruits to find below the bushes and trees in the close vicinity of the city. Large groups of Gatherers are outside the city walls before dawn to bring in what the Tribe needs. 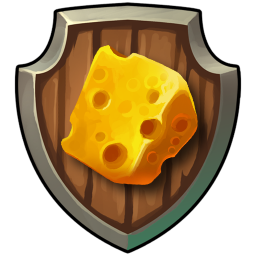 Click here for copyrights and used content / licenses / commissions / OGL   Content Usage: Do not copy! You are allowed to use my world's content while playing with your group,
you are not allowed to copy it and include it in your own products except when explicitely allowed by written permission from me.
Character flag image: Cheese by REXARD

Love it.   Really like the indentation symbols on the background, BTW.   Nice touch.

Looks great! I like the way the descenders break through the underline. May have to steal...errr... copy that.

Some dads leave to buy cigarettes, others leave to work at the cheese factory.

This has a TON of charm to it! I really like it. Great formatting and content all around -- and I really like the Public Agenda too, haha.   The history section was a little bit weird for me to read, as I had to scroll down, then scroll back up, then scroll down to keep reading.   I like the magical enhancements the Mousari have as well, that's a cool touch to add!

Glad you like it. :) Also going to check the history block.

Awww, that's so cute!   You might want to rename the "Technological Level" section though, as it is mostly about the magical abilities and not technology. And the actual technology level could be an interesting thing to add as well! The opening quote mentions a cheese factory, does that mean that mice have some kind of factories or advanced technology in general, or is it just a metaphor?

As promised, here’s your critique for making it to the top 10 of the regular league!

This is a really fun concept! This contest has really seen a broad range of themes, from the lighthearted to the grim, and from the grounded to the fantastical. Yours definitely falls towards the lighthearted and fantastical end of the spectrum, though isn’t without its emotional weight. It opens on the topic of a father gone off to a mythical “cheese factory” after all!

Using Heroforge for illustrations was a very clever idea, especially since there was such a variety to use for the Mousari.

What does stick out to me is that the article is very much all over the place. I understand that this is part and parcel with using the templated fields, but the result is that, when reading it from top to bottom, there’s little cohesion of narrative between one section and the next. A way to combat this is to tweak the text of each to guide you in from the previous point. For example, at the start of the Structure section, you could start us off with “as the Mousari Tribe formed within Bridgeport, several major roles began to form…”

Guiding us from section to section, making it about either the formation leading to the modern day, or working from broad strokes to tight definitions, makes an article feel very cohesive. For this same reason, I suggest moving some of the smaller sections into the sidebar.

For tiny societies like these I’m always curious how they handle many of the logistic issues of society while being small. What is their light source? Do they ever experience food shortages? What laws do they enforce to keep their existence a secret? Do they interact with other Mousari tribes? If so, how so? There’s so much to play with here. I think that’s the hallmark of a good worldbuilding article—reading so much and ending up curious about so much more.

Thank you for taking part!

Thanks, I will revise the article soon, this helps a lot! :)

Great article! Stupid question, but are the mousari as tall as human or are they smaller?

Thanks! Also they are mouse sized. :)