Out of the many toy factions that formed the political ecosystem of Tierras Mágicas, the Canterburians were regarded as the most organized and economically prosperous.   The click people occupied the biggest and mightiest structure on the whole World of Plaza and organized under what was known as the Kingdom of Canterbury.
While Canterbury eventually fell alongside the many other factions in Plaza, their legacy carried on to the Lions of Vintiver, the only truly surviving nation originating from Plaza's Breath-of-Life. 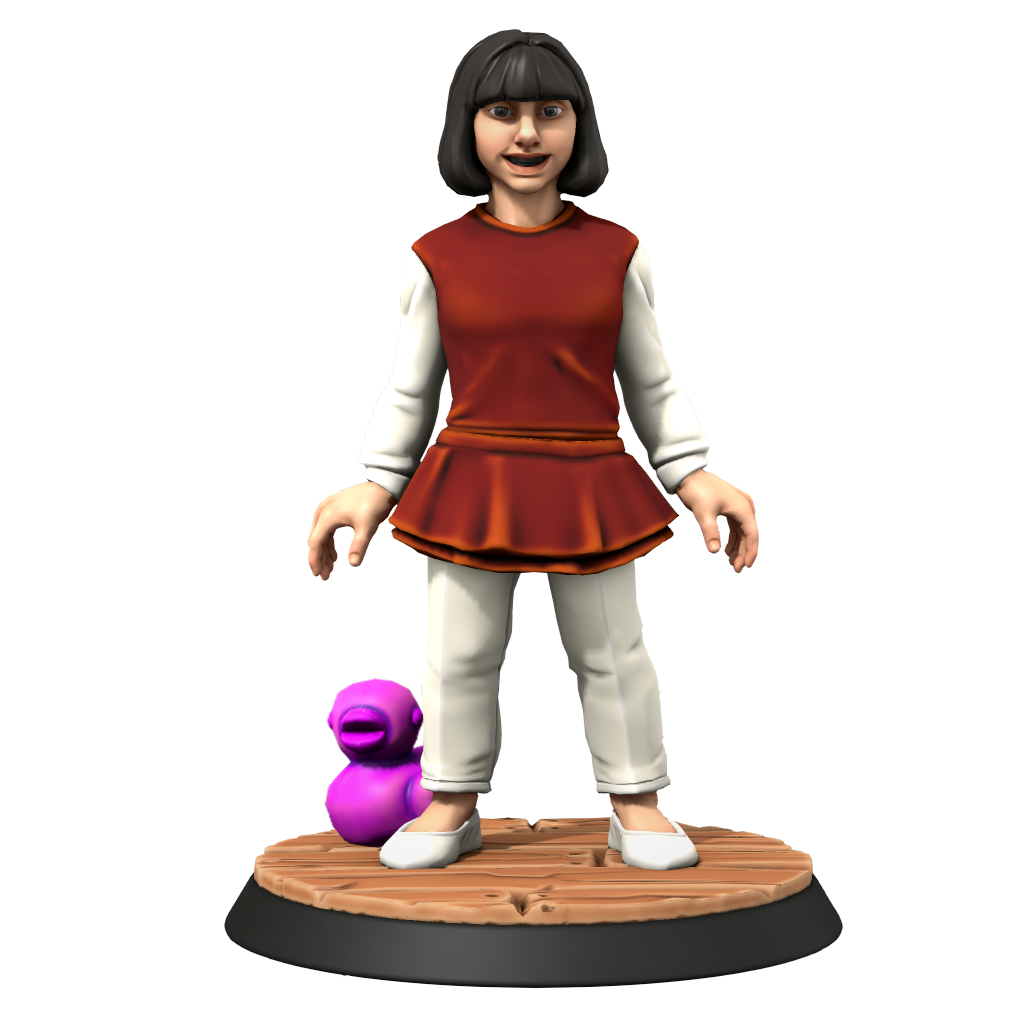 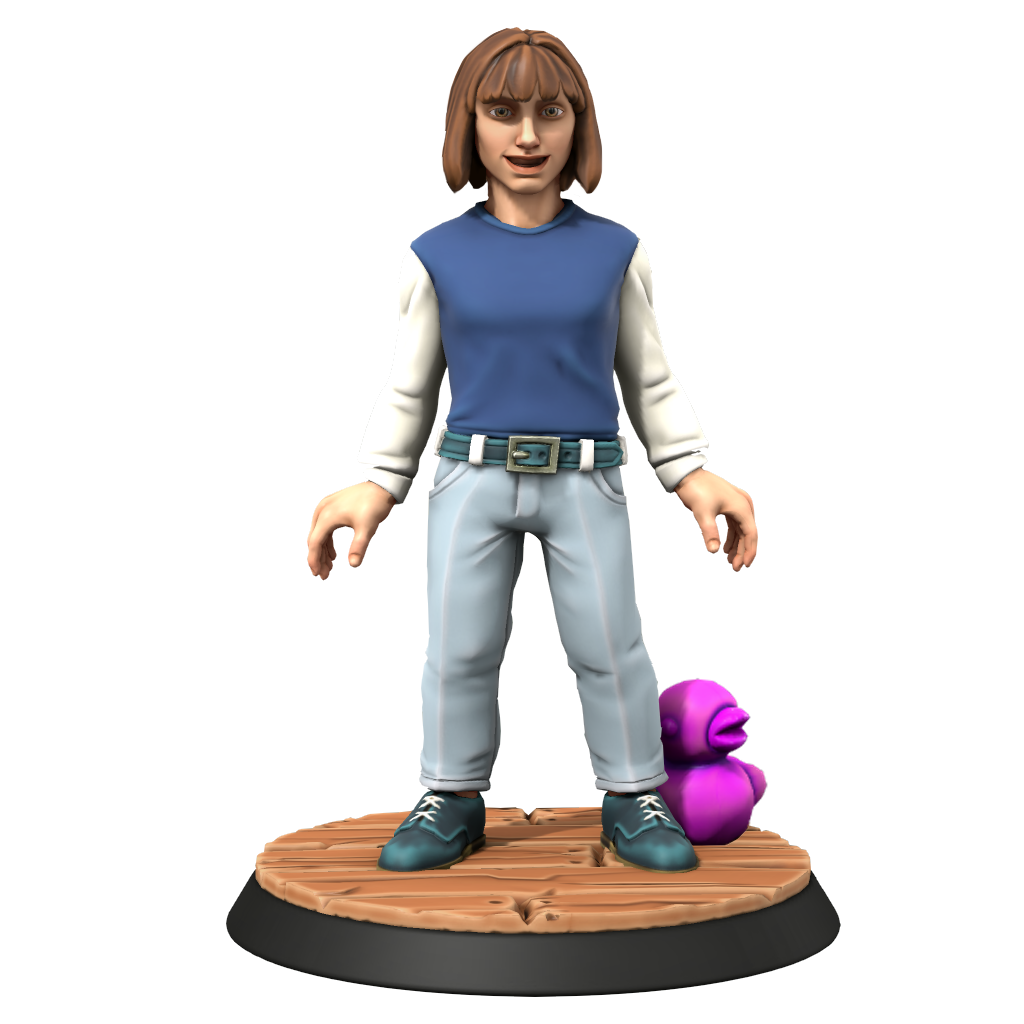 A male click
Clicks were simpler creatures in the times of the Canterburians.
Humans and horses were the only two types of click found in Plaza, both with fairly indistinct features by today's standards. Their eyes and lips were dark brown or black, and their skin pale ivory.   Canterburians dressed in plain clothing and very rarely wore any accessories. 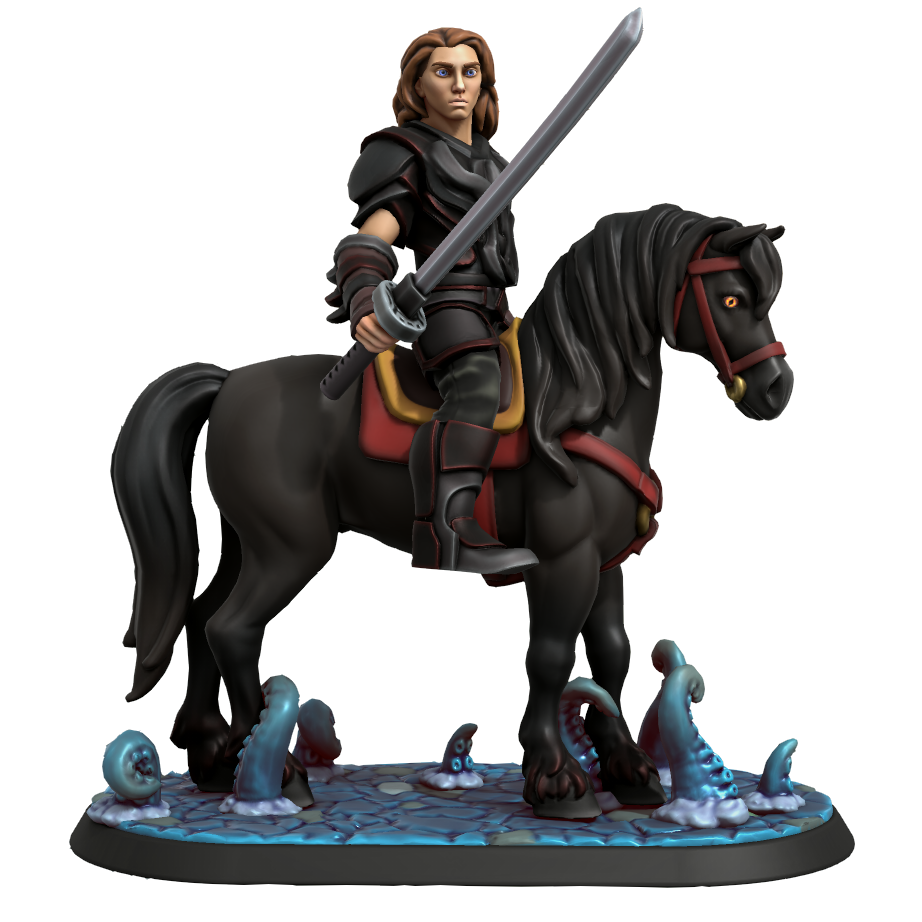 Knight Sebastián by Naelin
The Canterburians were a knightly people, known for their constant efforts to keep dangerous creatures such as the geyser snakes at bay to protect all citizens of Tierras Mágicas. 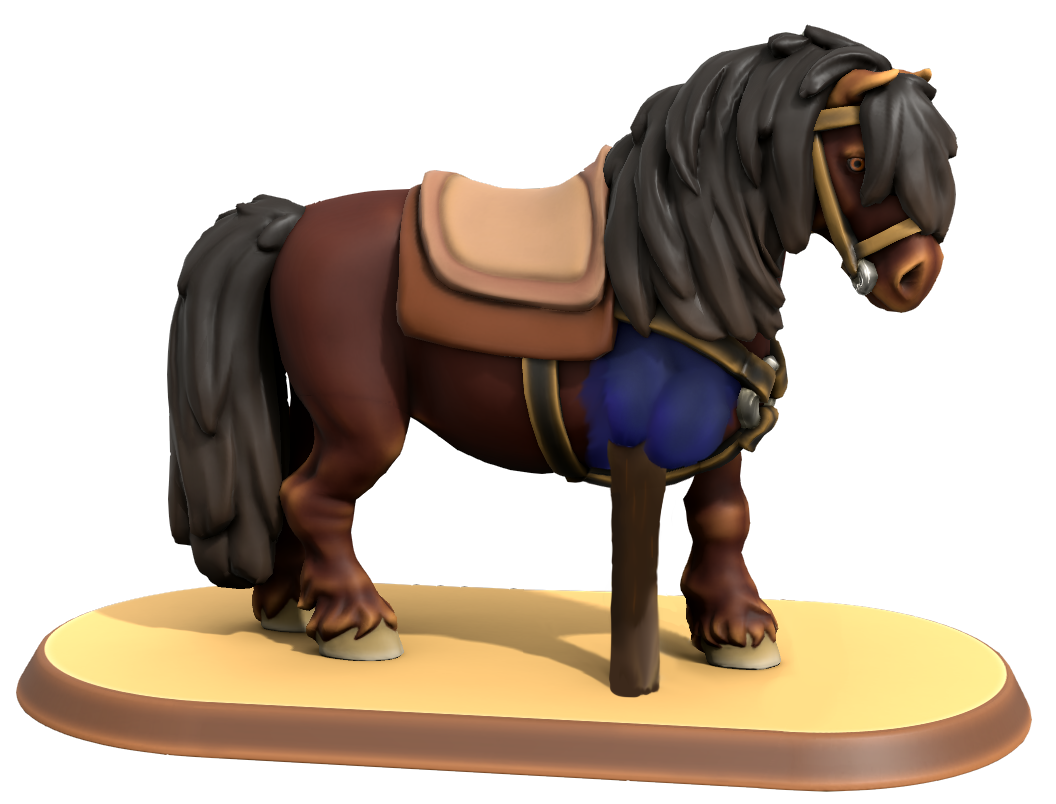 by Naelin
They never conceded themselves to brokenness, and always searched for ways to keep their people going strong despite their physical misfortunes. Canterburians also praised character and willpower above condition or age.   These cultural characteristics were exemplified by their lively queen, Laura, whose force of will, kindness and wit were recognized worldwide despite her short age, getting her to be elected as queen even by her adult parents.   While they were generally regarded as a positive and benevolent nation, the drive Canterburians had towards diplomacy, technological progress and inclusion sometimes made them patronise others, or commit to experimentation that led to morally questionable results. 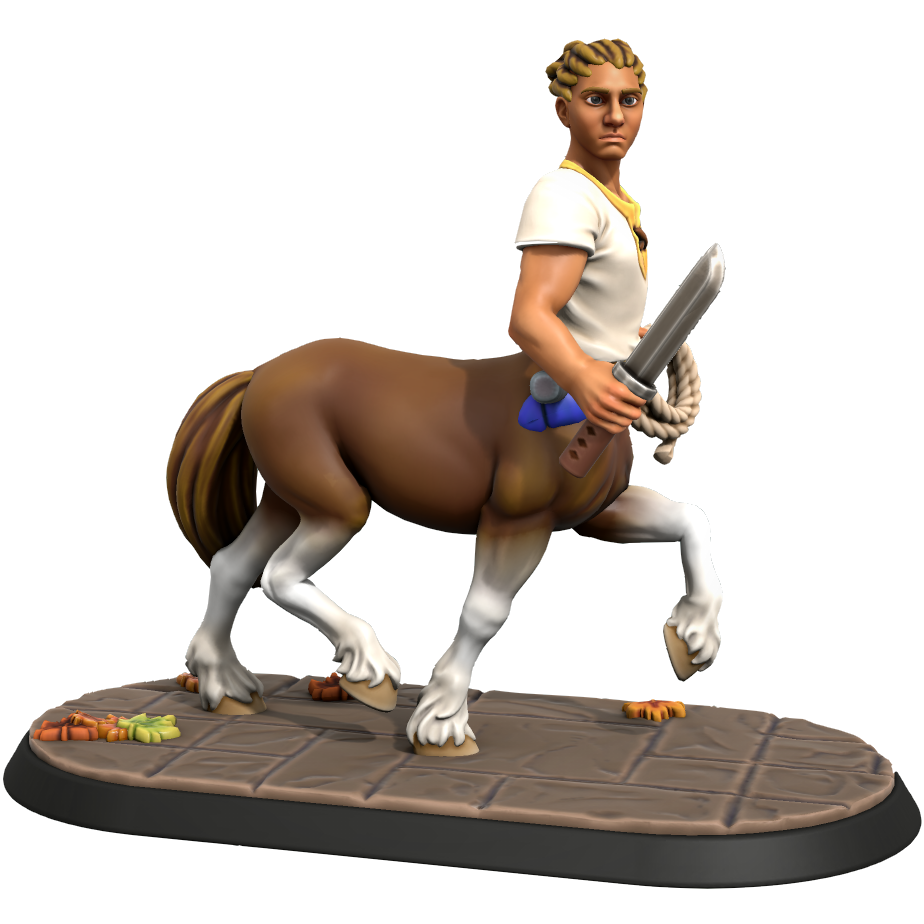 Courser by Naelin
While they were nowhere near the level of Micro City, the Canterburians enjoyed a prosperous economy and technological level.
Their castle contained a treasury of fine metals and other goods they used as currency to exchange for resources on the neighbouring Ciudad Comercial Chica and, while they usually shared its use with their allies the Clan of Elementalis, they held the claim of The Ship that allowed them to venture into the Ocean.   Their technology was medieval in nature, but what it lacked in modernity it made for in ingenuity. The Canterburians were the first toys to dabble into customization and the creation of chimeras when they tried a radical treatment for a man afflicted with brokenness on the legs: They joined his upper half with the torso of a mortally headless horse, creating a centaur man known as Courser.

Canterburians were among the first organized peoples to be given the Breath-of-Life in the recorded history of Tierras Mágicas. Unlike other nations, their numbers didn't change much during the course of their history, but they grew in culture, assets and wealth. 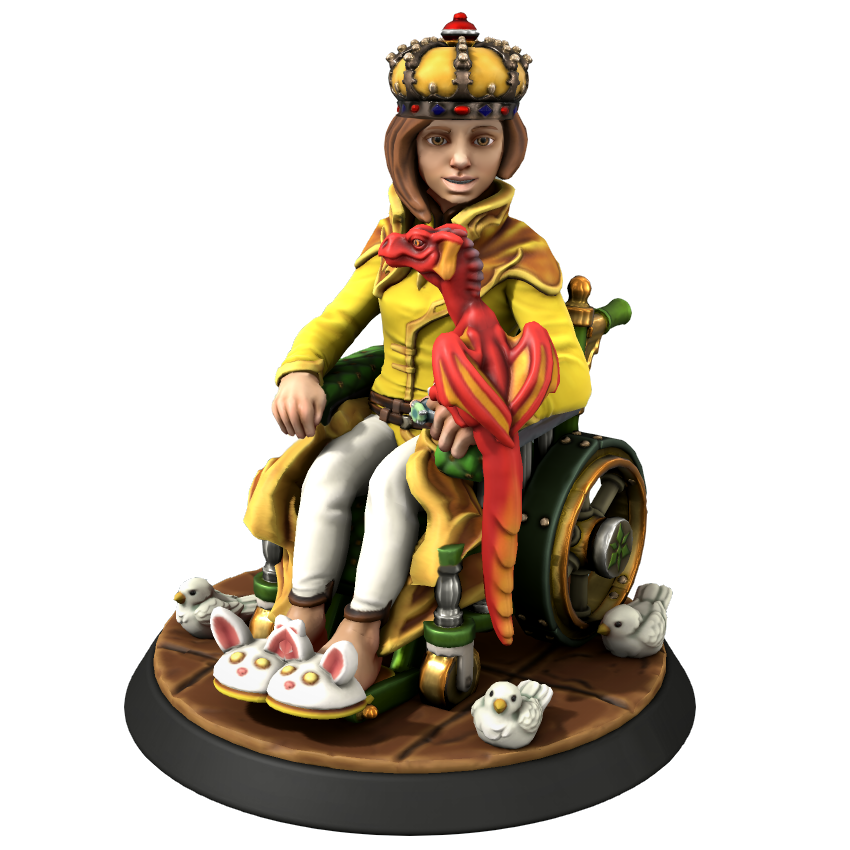 Queen Laura by Naelin
During the year 2003 of the All-Mighties, the clicks occupied the massive natural tower of Tierras Mágicas as their castle, claiming the founding of the Kingdom of Canterbury.
After a short adaptation period, they elected the young Laura as their leader and queen.   Canterbury quickly became Tierras Mágicas' knightly defenders, renowned for fighting off the local geyser snakes and invading monsters alike.   The World of Victoria was discovered the same year of the formation of the Kingdom, leading eventually to the acquisition of The Ship, then barely an Ocean-worthy vessel, who they shared with the Clan of Elementalis. Both nations worked on the reconstruction of the torn-down ship, adding new masts, rigging and castle. 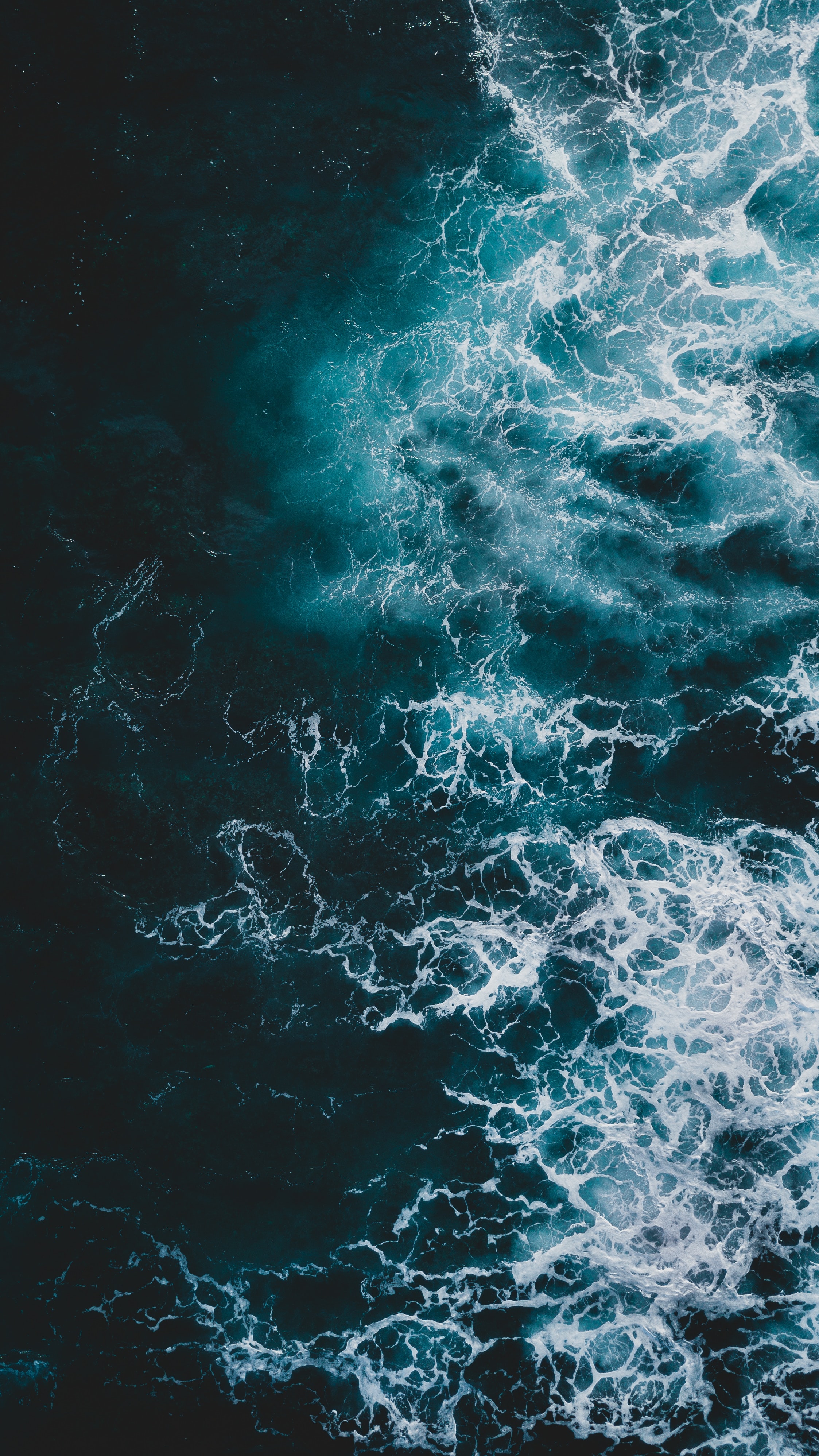 Knight Sebastián by Naelin
On the 24th of January of the year 2004 of the All-Mighty, a hot summer day, the Canterburians enjoyed a recreational trip to The Ocean on The Ship and decided to stay the night on the beach, under the safety of the Ship's cabin.
That was the fateful night of The Tempest.
At least a dozen wanderer All-Mighties had gathered inside The Ocean for a frenzied party, ripping The Ship from her anchor and taking the clicks out of her belly to thrash them about and pass them violently from hand to hand.   Then the wanderer All-Mighties were gone.   All the clicks regrouped, except for one. The famous Knight Sebastián, favourite of the Queen, had disappeared.
The knight's disappearance marked the start of the decline of the Kingdom of Canterbury. Broken with grief, the Queen and her people went through many attempts to find him, escalating in complexity and desperation. 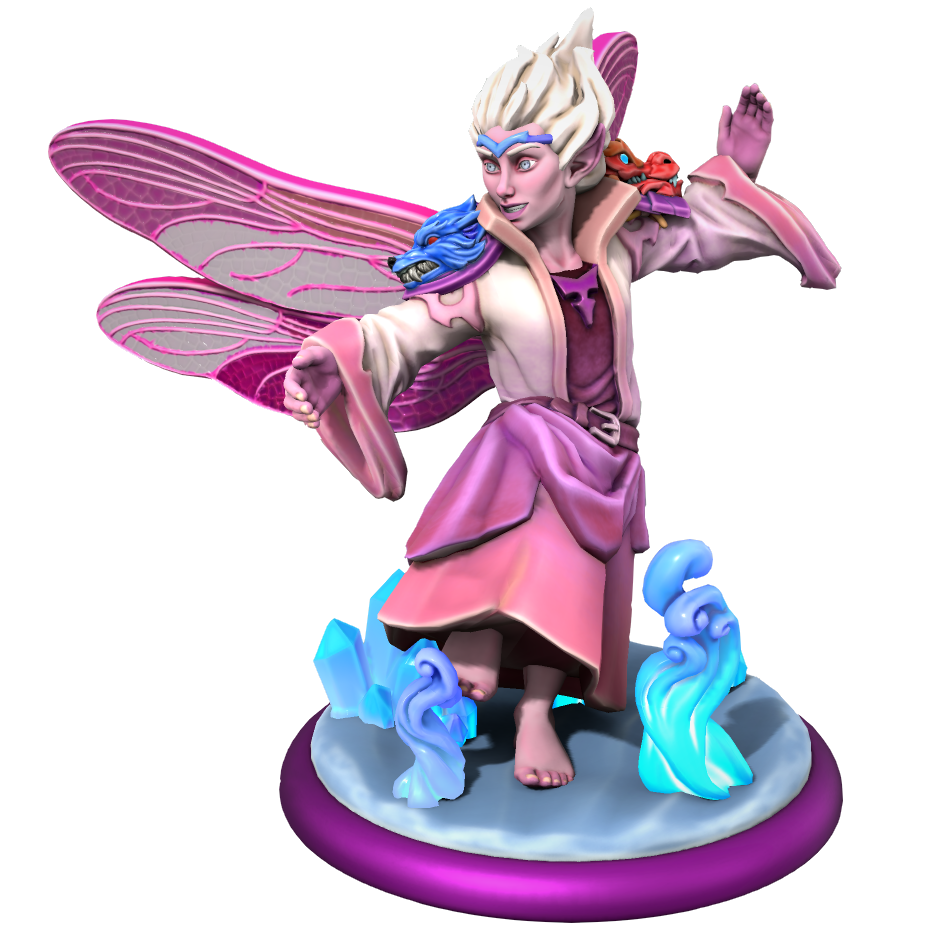 A Faerie by Naelin
After many failed methods were tried, the Queen herself climbed the castle to meet The Faeries at the top and get a miracle granted.
They told her to find a vessel to transfer Sebastiáns' soul into, as his body could not be returned.
A loyal subject offered himself to be sacrificed for the task, as he decided it was worth it to get the joy back to the Queen's face.
This was the final attempt at recovering the knight and, like all before, it failed. Sebástian's essence seemed to come back to this new body, but something was off and uncomfortable. As time passed, he was less and less himself, until eventually only a husk was left.   Neither the Queen nor the kingdom recovered from that last hit. Their knightly protectorate shrivelled until almost disappearing right until Tierras Mágicas was abandoned.   Two years after The Sacrifice, in 2007, the Cantarburians offered an unused part of their massive castle for the Lead Knights to inhabit, establishing a close alliance with them.   The downfall of Tierras Mágicas started three years afterwards, in 2010, with the grasslands drying and turning into hard terracota.
Soon after this was followed by the loss of The Ship as the Victorian All-Mighties claimed her back, and finally the last blow to the Nation of Canterbury with the exodus as the World of Plaza was finally abandoned.   The clicks resurged as new space-travelling powers, divided originally between the animal smuggler pirates, the renaissance sailors and, finally, the lion knights, the least of whom were soon coopted by The Lions of Vintiver, the now leading power amongst the descendants of the peoples of Plaza. Through their knightly heritage, the Lions consider themselves as the direct and cultural true descendants of the Canterburians, and try to honour them in their folklore and values. 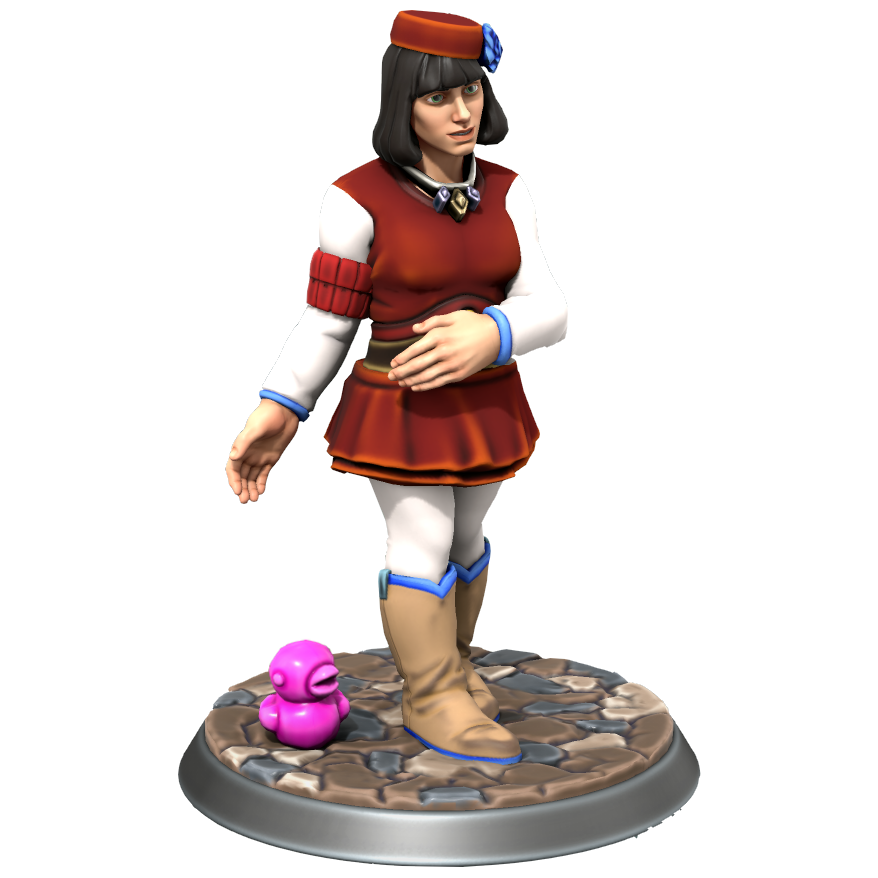 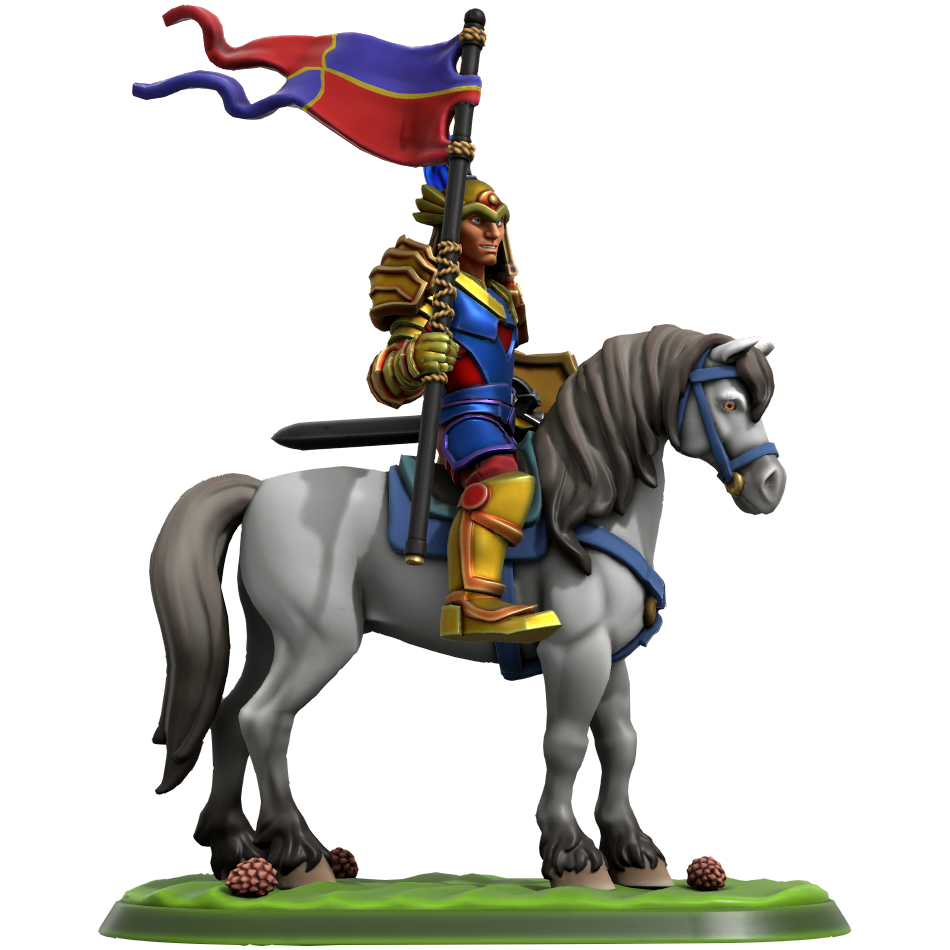 Knight of Vintiver by Naelin
The Canterburian civilization was already on its death throes when Tierras Mágicas came tumbling down.   Unexpectedly, the exodus from the crumbling, drying world proved incredibly auspicious for the hardy clicks.
Descendants of the Canterburians multiplied at never before seen rates, and acquired technologies in amounts unimaginable for what once were the richest civilization on the World of Plaza, thanks to the riches and resources the new lands provided.   The most prominent click nation is now The Lions of Vintiver, a society of knights and mages commanded by an oligarchy under the same name. 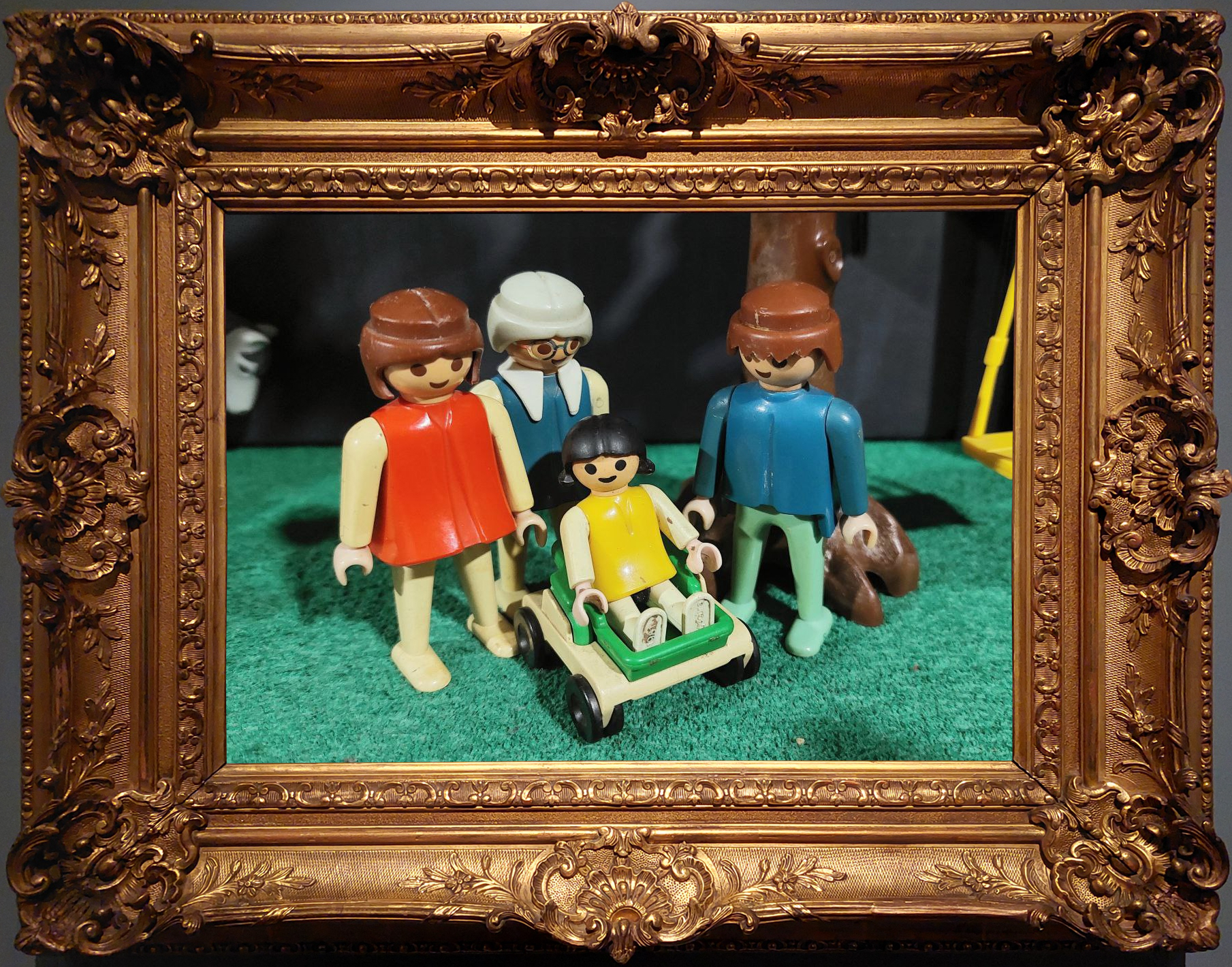 While Queen Laura and Knight Sebastián are the most remembered in today's history, Canterburians had a wealth of exceptional individuals.
Their trusty horses included Sebastian's steed Blacky and Pechan, chosen ride of Laura's mum. Laura's royal family included her mum, her dad and her grandma. One cannot forget mentioning the unclassifiable Courser who, besides having trascended as a technological hallmark, was also renowned as a loyal and trustworthy knight. 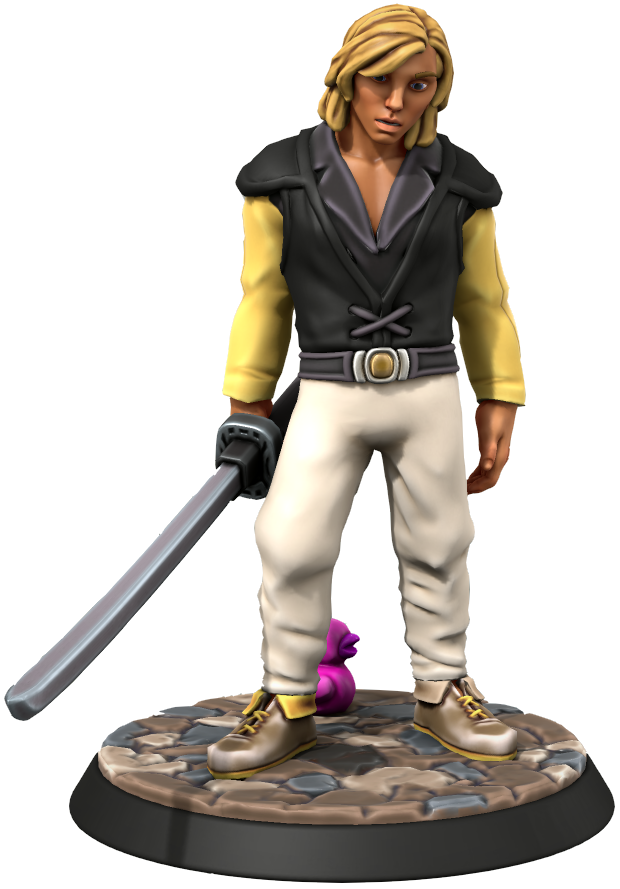 Transferred Sebastián by Naelin
History has unfortunately not recorded the name of the man simply known as "The Sacrifice", a loyal knight that offered his own body to be the vessel of the ultimately failed miracle offered by The Faeries to bring back Sebastián.

This looks fun! I'll make a note to circle back closer to the end of the month and see how it turns out!

Thank you RandoScorpio! The article is now finished, if you want to give it a look again :)

It looks fantastic! So detailed and all the links to the rest of the world are admirable! Good luck!

It is truly a delight watching this article take shape, I am looking forward to the finished product

Thank you very much drunknenpanda <3 The article is now finished, I hope you like the finished version :p

This is wonderful! I love in the timeline "... based on birthday parties ..." LOL Well done!

Thank you! Now the article is done and the timeline has quite more shape. All of this world is kind of like that by its very nature hahaha

This is fantastic!, Love the layout and the font and overall a great article!

Thank you very much Shadow!