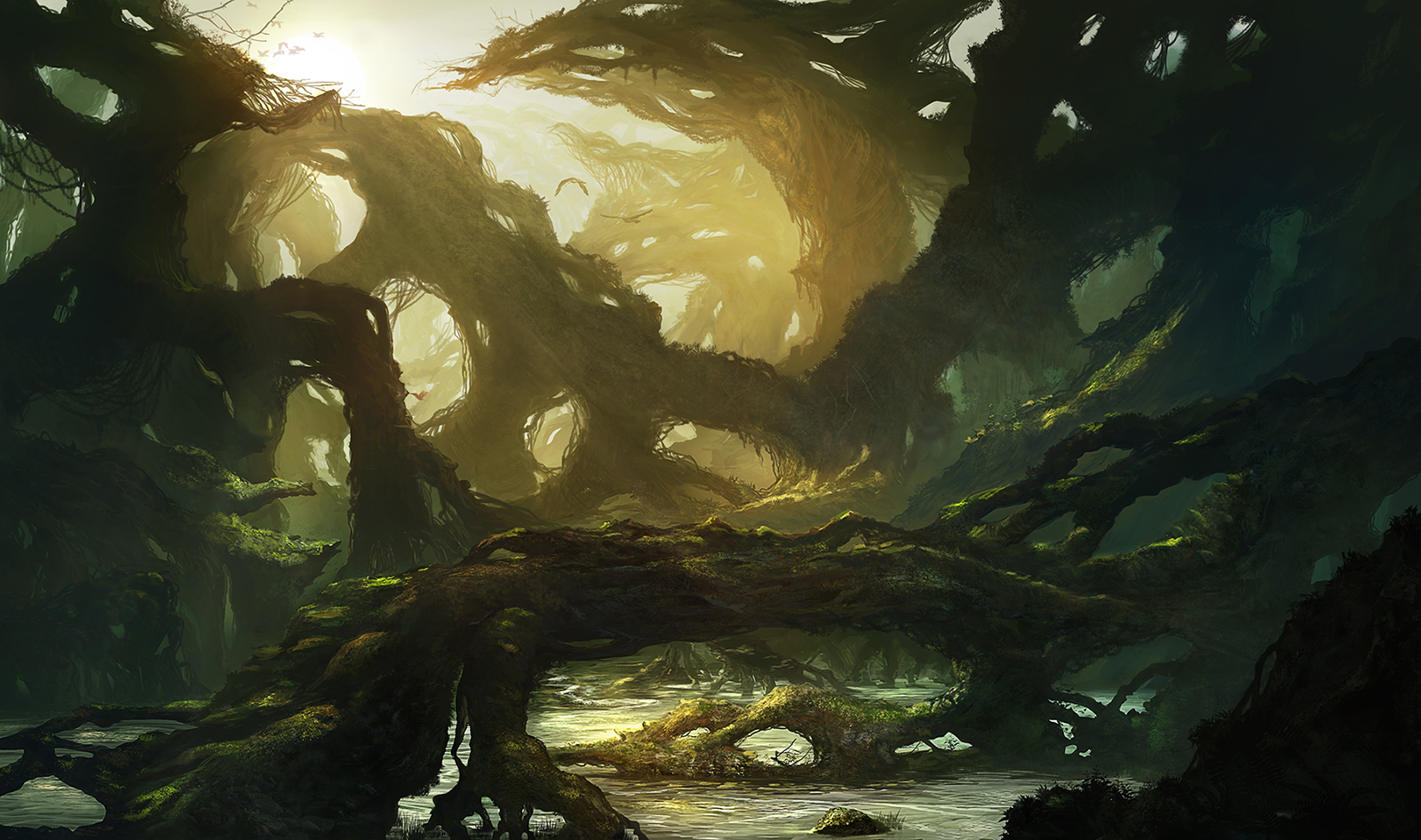 The continent south of Terra Main, beyond the Flowing Sea, is a dark and exotic land that few have dared to explore. It is home of the Aragonians, the strange, grey-skinned humanoids known for their black-powder firearms and Onyx-infused technology. Most people of NewGen know that Downspin's sprawling mushroom forests are infested with diseases, deadly lizards, and massive insects that live no where else.   The fringes of the explored regions of Downspin are ringed with volcanoes, geothermal vents spewing choking gasses, and toothy, lizard-like creatures so large that their footsteps sound like distant thunder. Aragonians lack the same drive to explore as Humans, and the vast majority of the continent is completely unmapped by the people of the civilized lands. Speculations abound regarding ancient civilizations and their ruins, terrible lizard-monsters, new magics unseen, and uncatalogued phylums of plant-life.   The true size and shape of this continent is unknown, even to its predominant species, the Aragonian people. What IS known is that the further south one travels, the hotter and more humid the climate becomes, and along with it, so too does the thickness of the teeming, overgrown jungles. Most explorers that sail the coast never return, but a few of their empty ships have been found, beached on the shores or even floating alone in the sea, rudderless and ragged.   As previously stated, the northern reaches of Downspin are home to the Aragonians, where they have carved out a relatively small, but efficient, early-industrial civilization among several port cities, land-locked villages, and their smog enshrouded capital city, Aragos. The surrounding environs consist of geometric farmlands carved from the mushroom forests, mines that bore straight and true into basalt mountainsides, and precise canals that connect all of these locations together in a designed network of waterways.