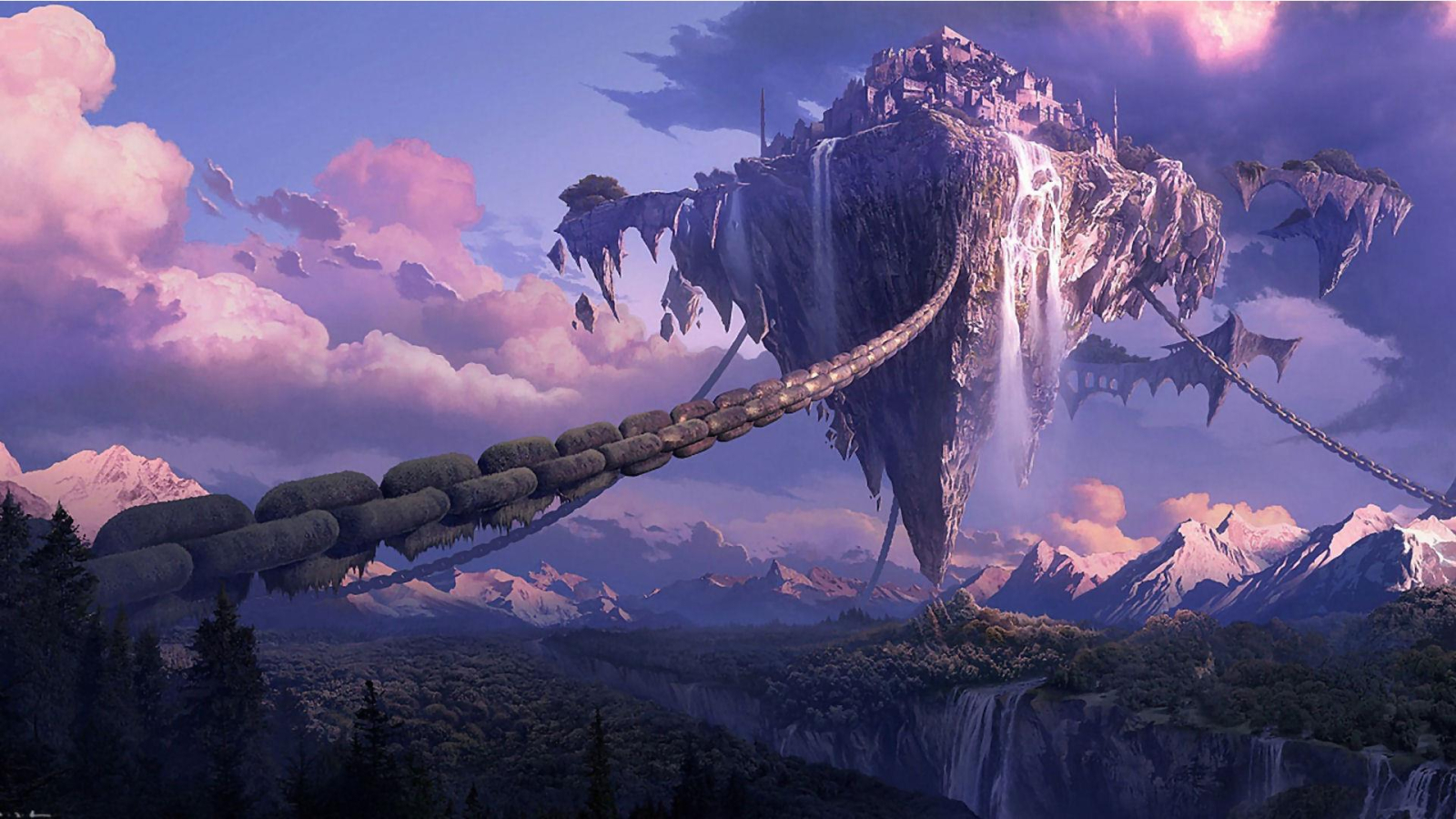 Floating above a hidden valley in the frozen Upspin continent, an island hangs in the sky, secured to the earth below by massive adamantine chains. Known only as the 'Floating Citadel', this unreal chunk of rock, and the castle complex built upon it, has changed hands over the centuries, with various powerful individuals and entities calling it home. The island itself does not seem to have ever been a part of the surrounding landscape and it's origins are unknown. The architecture of the citadel that covers the top of the island is of unknown design and doesn't seem to match anything in the known world. Crenelated walls, bulbous turrets, onion domed towers, sweeping parapets, and multiple layers of walls, gates, and courtyards leading to the central keep would make this a formidable castle, even on the ground.   Few know of its existence, and fewer still have ever set foot within its walled courtyards and gardens. Rumors swirl that the entire structure is a living thing in its own right, able to defend itself, shift and change over time, or perhaps, to match the whims of those whom it deems worthy to be a resident. How this process works, or if even there is a grain of truth to it, its completely unknown.
Founding Date
Unknown, possibly from the Old World
Type
Fortress
Parent Location
The Frozen North 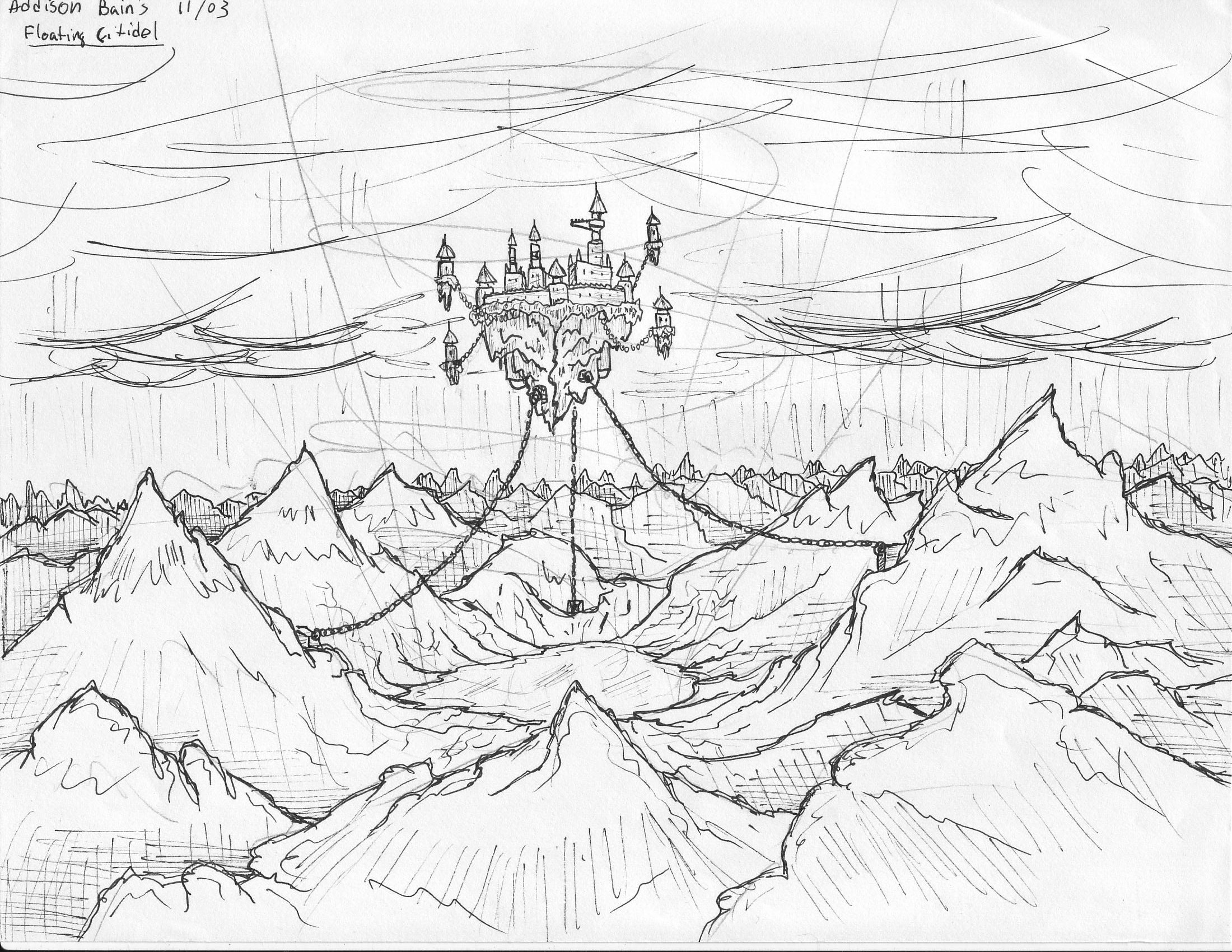