by Annie Stein
Humanoids are a catch-all term for sapient bipedal beings that vaguely resemble humans. Humanoids are not necessarily related species, but instead an example of covergent evolution.

Humans of the Moons

Humans are by far the most prolific humanoids in the Sol Systems, despite not being particularly hardy. They are native to the moons, but there is no consensus on which moon exactly.
Skin Coloration

The fragile Mori are moth-like people from Mercury. The former denizens of the Sunscrapers are very distinct with their massive white manes, and fluffy feather-like antennae.
Distinctive Features
Antennae, Mori antennae are often fluffier and plume-like.
Manes, big puffy white manes that cover their neck and sometimes their torso.

The Kara are a hardy people. They are insectoid, disposed to thick segmented callouses on much of their body.
Distinctive Features
Antennae, Kara antennae are usually tough and club-like.
Ceratinous Plates, Thick, segmented plates cover much of their skin. 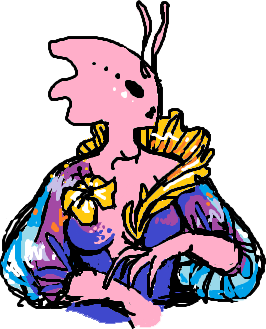 Venus is inhabited by the plantlike Fei, masters of self-modification. Their striking appearance demands attention, with coloration in all shades of the rainbow. Their breath is toxic to other humanoids, so travelling Fei wear masks to avoid poisoning others.
Distinctive Features
Toxicity, Produces intoxicating fumes.
Mutability, the ability to cultivate their own physiology.
Skin Coloration 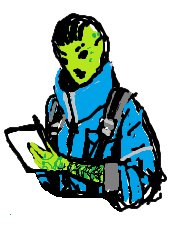 The green Lysa are usually just known as martians. They are known to be hyperliteral, but that's a matter of culture rather than a inate trait.
Skin Coloration

Nymphs of the Outer Worlds

Most of the humanoids in the Outer Worlds are known as nymphs. There is debate on whether or not humans are another variant of nymph. 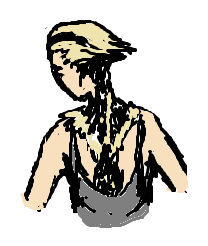 The Sirenes are ethereal and graceful. Some draw a comparasion to the Seraphs of the Scourge.
Distinctive Features
Feathers, mottled feathers dot their brow, the sides of their face, and the back of their neck
Breezy, Sirenes often appear like they're always in wind.
Rare Features
Winged ears, sometimes these wings are developed enough that they can cover their face.
Wings, mixed race Sirenes can also have wings.

Harpids have a reputation for being shrill. Not all harpids are winged, but the majority are.
Distinctive Features
Wings, big feathered wings instead of upper arms.
Feathers, Harpids have feathers rather than body hair. The distribution varies. 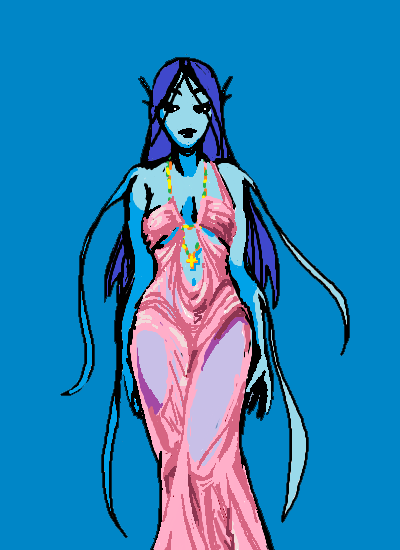 Oceanid are one of the nymphs native to Neptune. Oceanids have a natural aptitude for hydrokinesis, which allows them to propulse themselves through the seas despite their lack of hydrodynamic anatomy. Oceanids seem more attuned to mysticism than most, with a far higher rate of precognition than other humanoids.
Distinctive Features
Vibraelles, mobile sensory organs connected to the joints.
Hydrokinesis, the ability to control the movement of water.
Auricles, Fin-like ears.
Skin Coloration
Common
Rare

This article, really grabbed my attention during WorldEmber '22. The clean, simple and vibrant appearance of the article blew me away - who knew articles could look so good with such relatively simple styling?   P.s. I've featured this article in my New Year's Resolutions article <3