Nikit's has a pliable body made of a protoplasmic compound with a plasticine feel. Scavenged samples from Nikit have contained elements of water, copper, nitrogen, keratin and a combustible energy.

A scattering of tiny holes brushes across Nikit's nose and under his eyes. Looking closely, they appear to move and sparkle as a live constellation.

A bright grass green halo emits from Nikit's sunken eyes. The resultant shadows obscure his face from being easily recognizable.

Slight branching greenness travels from the core of his heart, around his torso, up his neck and embraces his skull. He can make these markings appear at will, accompanied with bright sparks and streams of green current.

Nikit is mocked as the "Sperm", literarily from his infamous statement and visually from his favoured means of locomotion throughout Manidweepa.

We are not even ants to them. We're more like sperm. Their sperm.
— Nikit on his realization of the relationship between living things and all ethereals

The quantum particles that make up protoplasm, exist in various sizes in different states of existence that move seamlessly between each other.

The quantum particles that make up protoplasm, bend and absorb most forms of the electromagnetic spectrum allowing Nikit to turn invisible at will.

Has demonstrated the power to change the shape of his body into intangible holes and alternate shapes.

His powers of dignitas allow him to match and overlay the electrical messages of an organic's nervous system or a machine's circuitry.

The immediate temperature surrounding Nikit drops, particularly when agitated, and is the source of his armour and melee weapons.

Much as is possible, Nikit is able to alter the properties of his own body to other advantageous qualities.

A common tight fitting suit that covers Nippy's body entirely except for his head. From his white collar to his gloved hands and stretching to silver boots.

A battle garb composed of a stark white hood, a baggy shirt and pants and flowing cape jacket.

A hand-held weapon of a retractable blade controlled by pressing a button on the hilt. When sheathed, the blade is entirely contained within its hilt, making it small, compact and easy to carry.   When released, the blade extends rapidly to a length of approximately one meter by unfolding segments.

A summonable, transparent plate that emerges upon command from his chest, hands, feet and eyes.

Nikit has expressed a repeated fear of lightning. Extreme weather conditions when in the real realm have been known to paralysis him in anticipated fear.

All ethereals, who bother to explain it, possess several alternative means of registering external information. For Nikit, he has confessed to being able to:

There is a great mystery regarding which wave Nikit Mathur was apart of. He has always been evasive in the rare instances he was asked.   Like an alphi and a delphi he possesses an interactable body. However, like an epsilonian and a thetían, that body can traverse through incal crystals.

Integrate humanity with the Ethereals

Mathur has a strong sense of empathy with all sentients around him. He sees their mental consciousness as the unifying aspect to make into a common entity.

He works hard when his mind is committed to any the task; except when he's distracted. Although, he is not considered book smart, he is clever at resource planning and tactical maneuvering.

He rarely gets overly mad or emotional and only takes important matters personally; like when dealing with his archenemies.

He enjoys making puns and exchanging witty banter with anyone clever enough to keep up.

Nikit has cultivated a unique position among many inhabitants among both sides of the portal, through few fully understand his nature. All a result, he has been able to bridge hostile relations or connect groups unknown to each other.

Not-so-unique to complex ethereals, Nikit acts cavalier towards threats to himself.

There are moments when he under-appreciates his allies though he is always thankful to have them.

He expresses a great, and often distracting, obsession with stars, moons and planets.

A dangerous extreme sport among ethereals where they surf the breath of Hothtaaz.

When speaking, Nikit's voice is accompanied with a low hum which produces an echoy effect as he talks.

Locked away in the Keep, Nikit maintains a treasury of enchanting items, a moat of crystals and a secret vault all siting on top the golden range.

Only the strong can afford to be merciful 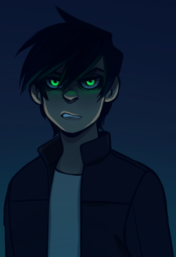 He shows little respect to authority. Destroying property during his heroics while relentlessly mocking his opponents.

We can't move against anyone so well liked. He wears his fame, his notoriety and his public image like it were armour.

Competition Homepage
In response to the prompt Who is the greatest philosopher of your world. Describe what they taught and how it changed the the way people react to the world.