A somewhat powerful wizard and former member of Nikolaj Baratov's inner circle. He was telepathically tormented by Gleb for weeks on end until he gave into Gleb’s commands as part of a Sunken God plot until he stole Nikolaj’s skull the day before his coronation. The Royal Knights Brigade found and interrogated him for information, and together with Baba Yaga's they went into the sewers of Oblast to rescue Nikolaj’s skull. True to their word, Jax and the rest of the party let him escape into the Myltevian wilderness with Baba Yaga after defeating Gleb’s forces. He joined The Shroud in Poroshenko, but he died helping the party fight the Sunken God's sahuagin forces in the sewers.

Oleg was a humble farmer in Vostok with a wife and son when Cpt. Tarkov first started amassing power in Myltev in the 870's. In the fall of 876 his wife and son disappeared in a mysterious fishing accident in the Gulf of GamethGulf of Gameth, nothing to explain their disappearance save for some scratch marks on their abandoned boat. Oleg tried to distract himself from the grief by throwing himself into his farmwork, but his need to learn what happened to his family pushed him into the study of the arcane.   Oleg began his studies as a hedge wizard, picking up every spellbook and scroll that passed through the docks of Vostok. The school of conjuration fascinated him the most as he hoped to one day summon his family safely back home. He agreed to join Cpt. Tarkov's pirate crew and obtain access to more powerful spells and tomes, but over the years Tarkov's greed and cruelty disgusted him more and more. He refused to join any pirate raids, working as a fence in Oblast to sell off stolen goods and keep any magical items for himself.   In 896 Oleg caught word of an opportunity to dethrone Cpt. Tarkov and bring a sense of order back to the islands of Myltev. Nikolaj Baratov the Skeleton Priest, Tarkov's distant half-brother, was amassing a small band of rebels in the village of Chernenko, so he fled north to join Nikolaj's forces and  become one of his most trusted advisers for his knowledge of the arcane and Myltev's shifting politics. In 897 he sailed with Nikolaj to Oblast where they announced Cpt. Tarkov's death at the Battle of Chernenko and the imminent coronation of Nikolaj as the nation's new monarch.   Nonstop days of celebration filled Oblast with a sense of relief at Tarkov's death, but terrible nightmares kept Oleg awake for countless nights. Gleb, a former member of Cpt. Tarkov's inner circle, had survived the Battle of Chernenko and joined forces with the Sunken God to obtain the telepathic powers of a mindflayer. Gleb established a telepathic link with Oleg to project dark thoughts and visions into his dreams, pushing him to the breaking point to do the Sunken God's will. By the end of the third sleepless week, Oleg was willing to do anything to get a good night's rest.   Gleb's orders came the night before Nikolaj's coronation as the new king of Myltev. Oleg cast a powerful spell to separate Nikolaj's skull from the rest of his skeleton body and toss it into Oblast's sewers for Gleb's agents to collect. The spell worked and the skull disappeared into darkened sewer, but Oleg's escape from the city was interrupted by an investigation from the Royal Knights Brigade. He had tried to meet with Baba Yaga to ask for her to escort him from Oblast, but the RKB stopped him at Baba Yaga's cottage doorstep and forced him to tell them everything he knew about Gleb and the skull's whereabouts. Surrounded by some of the most powerful adventurers in Pescaliat, he told them everything about Gleb's weeks of telepathic torment and work for the Sunken God.   The RKB used this information and Baba Yaga's powers to sneak into Oblast's sewers and rescue Nikolaj's skull. They found it sitting at the bottom of a reservoir, surrounded by monstrous oozes summoned by Gleb. Oleg tried to fight with a handaxe Jax had given him, but he was mostly an observer to the battle as the oozes drained the fighters of the physical and mental powers. When the fight ended with the RKB victorious, Nikolaj gave Oleg a tongue-lashing and threatened to have him executed for his treason. Oleg accepted responsibility for his actions, but at the last minute Jax pushed him back into Baba Yaga's cottage and let him escape the city and Nikolaj's wrath.   Baba Yaga's cottage carried Oleg across Myltev's largest island to the Glacian city of Poroshenko in a matter of hours, safe within the borders of a foreign nation. He began a small practice as a spellcaster-for-hire and eked out a living, but after several weeks he began to be wracked with guilt over surviving the terror of the Sunken God. Oleg couldn't sleep at night knowing that this monstrous deity was out in the world tormenting so many others, so he decided to search for a way to join the fight against the Sunken God. Days of wandering Poroshenko took him to the doorstep of a cigar shop, where he learned of an anti-occult organization known as the Shroud. He became an official member in a matter of days, joining the Shroud's Poroshenko branch to keep an eye on any sahuagin or Sunken God forces infiltrating the city from the docks.

It was here where he came face-to-face with the Royal Knights Brigade again, traveling through the city on their way to Kassædeia to defeat the Sunken God once and for all. Fellow Shroud agent Beleren Hazid met Oleg at the town's cigar shop and agreed to work together to clear the city of the sahuagin plaguing its sewer system. It was an awkward meeting for Oleg at the White Kraken surrounded by former rivals, but the party was glad to have another person help them investigate the sewers.   He joined the RKB and Kacie Whately as they waded through the ancient tunnels and dungeons beneath Poroshenko, some passages dating back to the Myltev Empire of the 2nd Cycle. They ran into several giant crocodile and an entire squad of sahuagin, but Oleg held his ground this time and used powerful spells to attack and slow down the monsters surrounding them. He helped save Beleren from the clutches of a shambling mound, and he tried to help the party when they came face-to-face with a reservoir full of explosives with a magical blue flame counting down the seconds till detonation.   The Sunken God's sahuagin forces had placed one last trap to flood the city with a massive explosion, and the RKB was powerless to stop its detonation. Oleg stayed behind to try and cast one last spell, allowing the rest of the RKB time to snap the wiring that connected the detonator to explosives rigged all over Poroshenko's sewers. The party managed to cut the wiring, but Oleg's 'Counterspell' failed and he died in a fiery inferno that echoed down the sewer tunnels. A part of the Temple of Aurithrym collapsed above-ground, but the rest of the party survived the explosion and save the rest of the city from total destruction. Despite their best efforts, 'Revivify' was unable to bring Oleg back from the dead. Flora conferred with the rest of the party on whether they should bring him back from the dead or not, and Flora decided to preserve her powers and leave him for dead. He died a hero, and Jax buried him in the woods outside of Poroshenko the next morning. 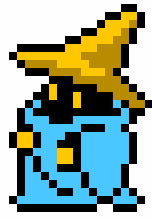