Darkness Moon Chronicles       Introduction    Feats & Traits    Backgrounds    Vampires      Exotic Pet
On Kruqesk 25th, 1852 EoL, the Itude Empire legalized Exotic Pets as a form of slavery. Though, the empire refuses to use the term "slave" in correspondance with their Exotic Pets. These Exotic Pets are usually Prisoners of War, selling them off for the highest bidder at Exotic Pet Auctions, throwing them in the Capturing of the Pets, or even straight up catching them out in one of the surrounding nations on Chymoús.   Exotic Pets are described as a collection of species from the Depths of Malfair, the Land of the Druidic Circle, the Moonlight Expanse, the Torched Emberlands, and the Vol de'Iaigle, and are kept in households, though not typically kept as a pet, and are the legal property of a vampire, in which they are forced to obey their owner or master. With auctions, the selling of Exotic Pet is used to raise money for the war against the Retribution Alliance, and are usually a white-tie event with a Gala theme.   There are four different types of slavery in the world:     And the form of slavery that is used in the empire in chattel slavery.

Each collar is made up of a different metal or stone that represents a species' metalic or stone allergy. Different allergies can lead to a variety of conditions that could potentially kill the Exotic Pet. 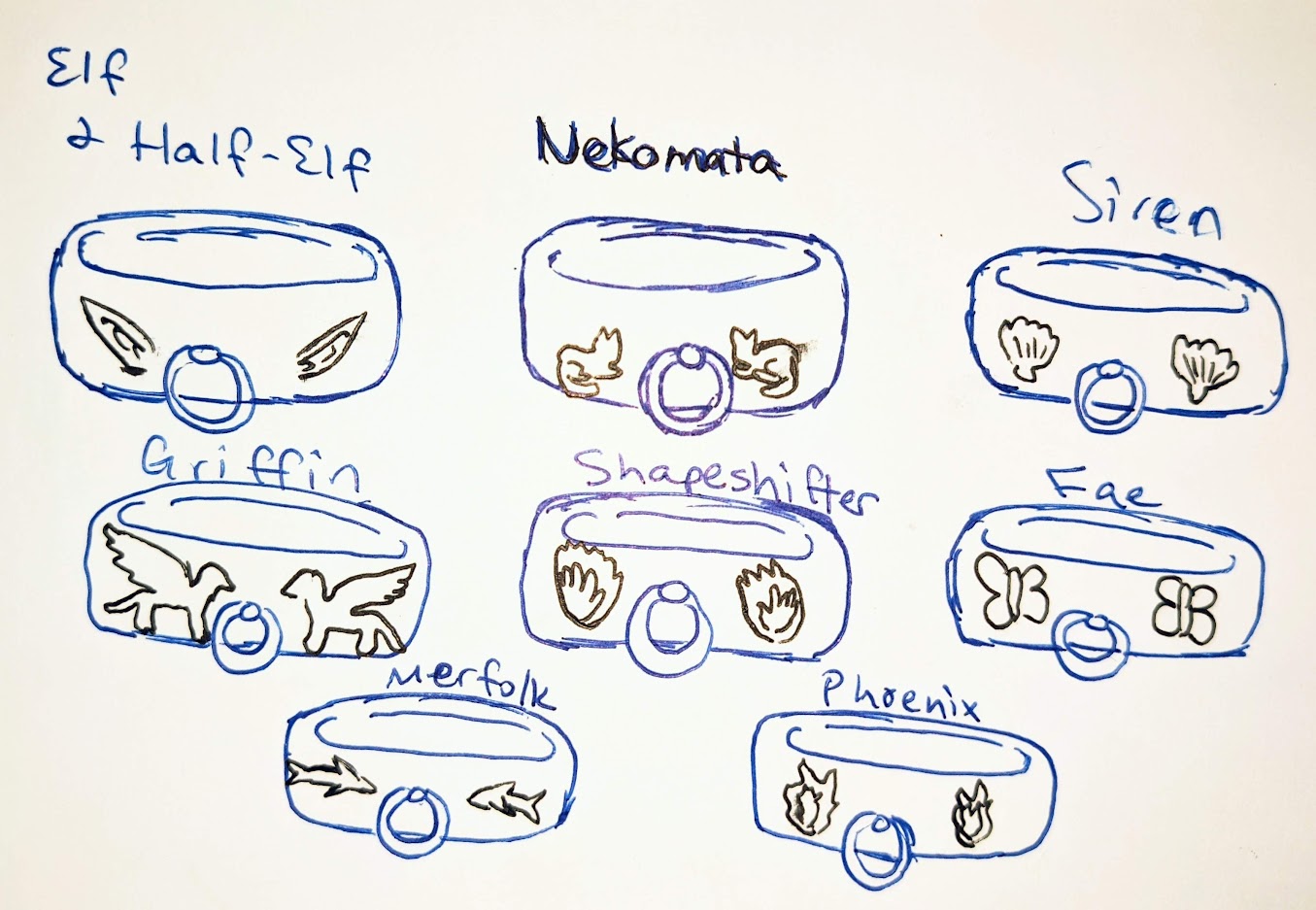 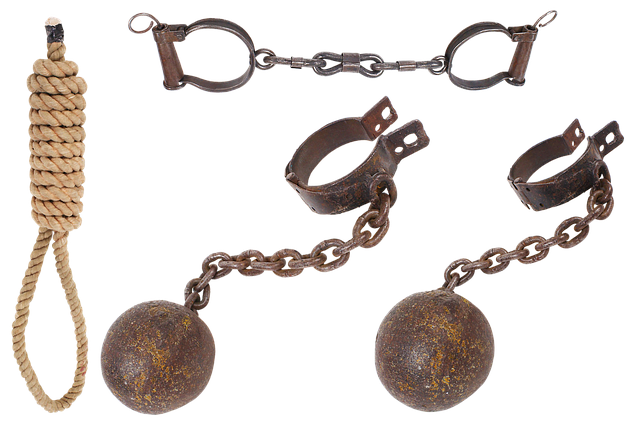 Demand:
Luxury; only the nobility or higher can afford one 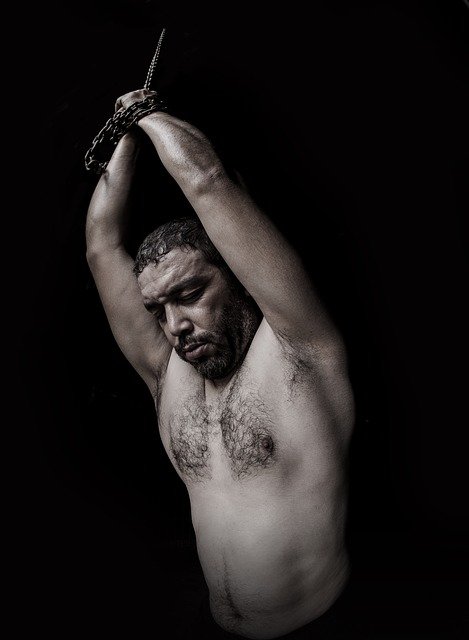 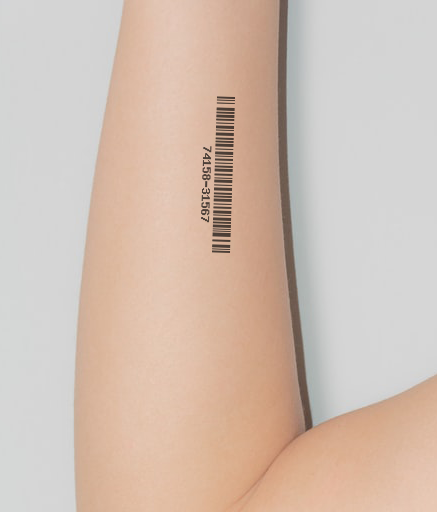 by 莎莉 彭 (Unsplash) Modified with Barcode
When one becomes an Exotic Pet, they are cataloged with a black tattoo that resembles a "barcode" with a number underneath it. These marks are to help locate an Exotic Pet if they ever attempt to escape and get caught. A simple scan with a barcode adapter will instantly tell who the Exotic Pet belongs to, which also leads to a severe punishment to the Exotic Pet when brought back to their owner. These barcodes never fade, nor can they be hidden with magick. They are permanently presentable so that the Exotic Pet is locatable.   The ink for the ID number is made with blood magick and a rare █████ ink so that it is unable to be removed with other kinds of magick if the Exotic Pet is ever able to escape and make it back to the Moonlight Expanse. 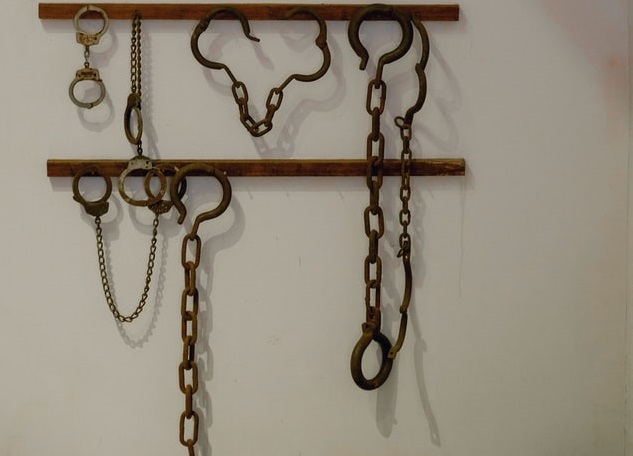 by Henry & Co.
Back on Kruqesk 9th of 1852 EoL, the Exotic Pet Laws were first proposed by Wolf Slayer, who wanted to make the werewolves pay for slaughtering Empress Sin-Yeona Cheonsa and Crown Princess Marinette Cheonsa and making those within the Moonlight Expanse, who acted out war crimes against the empire, suffer as a result. These laws allow for vampires to own up to five Exotic Pets. They can also do whatever they wish with their Exotic Pet (mainly torture or use them to feed off of). These codes also allow an owner to retrieve their Exotic Pet without their permission.   Any citizen of the Itude Empire has access to the Exotic Pet Laws document. Under sub-clause 78-9B of the Itude Empire Laws document: when one wishes to view the Exotic Pet Laws, they must provide their ID and passport (if from another region in the empire) to gain access to a copy of the laws. The only exception to this rule is the nobility already contain a copy as it is easier for them to refer to it when they own Exotic Pets. With the signature of the Emperor and Wolf Slayer, the document is made legal in the eyes of the Raven Senate.   These laws would soon be modified by Emperor Vladimir Tepes as a way to treat any war prisoners as slaves. Wolf Slayer attempted to challenge this modification, but it was shut down by the Raven Senate, who stated the laws were to punish anyone who dared turn against the empire and claim that the vampires were the real violators of peace. Thus, the rule was to stay in place and the Exotic Pets were now to be of any race other than vampires or the citizens of the empire.

Incredibly well detailed! Fantastic reasoning behind the reason for chattel slavery -- and the fact that really, the vampires just wanted the slaves and to show dominance.