Darkness Moon Chronicles    Introduction    Sophonts    Playable Sophonts      Werewolf
To begin, the werewolves are like one big family. They work together, support one another, and give each other the shirts off of their backs. You can easily call this a pack, where hierarchy is absolute. Everybody tries to get along. Well, most of them do. There is the occasional asshole in the pack, who tends to start fights and puts others in danger for the sake of their "ego". There is really nothing the pack can do unless the asshole decides to harm a member of the pack, especially a pup, the Luna, or the pups of the Alpha and Luna. Then, and only then, does the Alpha get involved and banish the threat, relieving the pack of whatever trouble was bothering it.   Werewolf culture shares a lot of common ancestry with other humanoids, which has become more diverse over the centuries. Werewolves consist of humans, halflings, elvish, dwarvish, half-elvish, and half-dwarvish people. These species share a connection through the humanoid ancestry with language and religion being some of the differences between the five ethnicities.

On Eskǎvaëís, there are three continents with werewolves - Chymoús, Shálmâne, and Vash'gir. On Chymoús, the Moonlight Expanse contains five wolf packs - Blue Desert Pack, Silver Forest Pack, Shadow Lake Pack, White Mountain Pack, and the Winter Moon Pack. Two packs on Shálmâne are the Dark Forest Pack and the Scarwood Pack.   However, Earth has a different tactic. The packs are governed by the Bond of Silver with the Representative of Werewolves looking over them. There are too many packs to name across all of Earth, but four of them (located on North America) are known as the Vain Pack, Horn Pack, Claw Pack, and the Storm Pack.

Bold and hardy, werewolves are known as skill warriors, scouts, and hunters of nature. Though they stand well over 5.5 feet to 7 feet tall, werewolves are so broad and comapct that they can weigh as much as a body builder. Their courage and endurance are also easily a match for any of the larger folk. 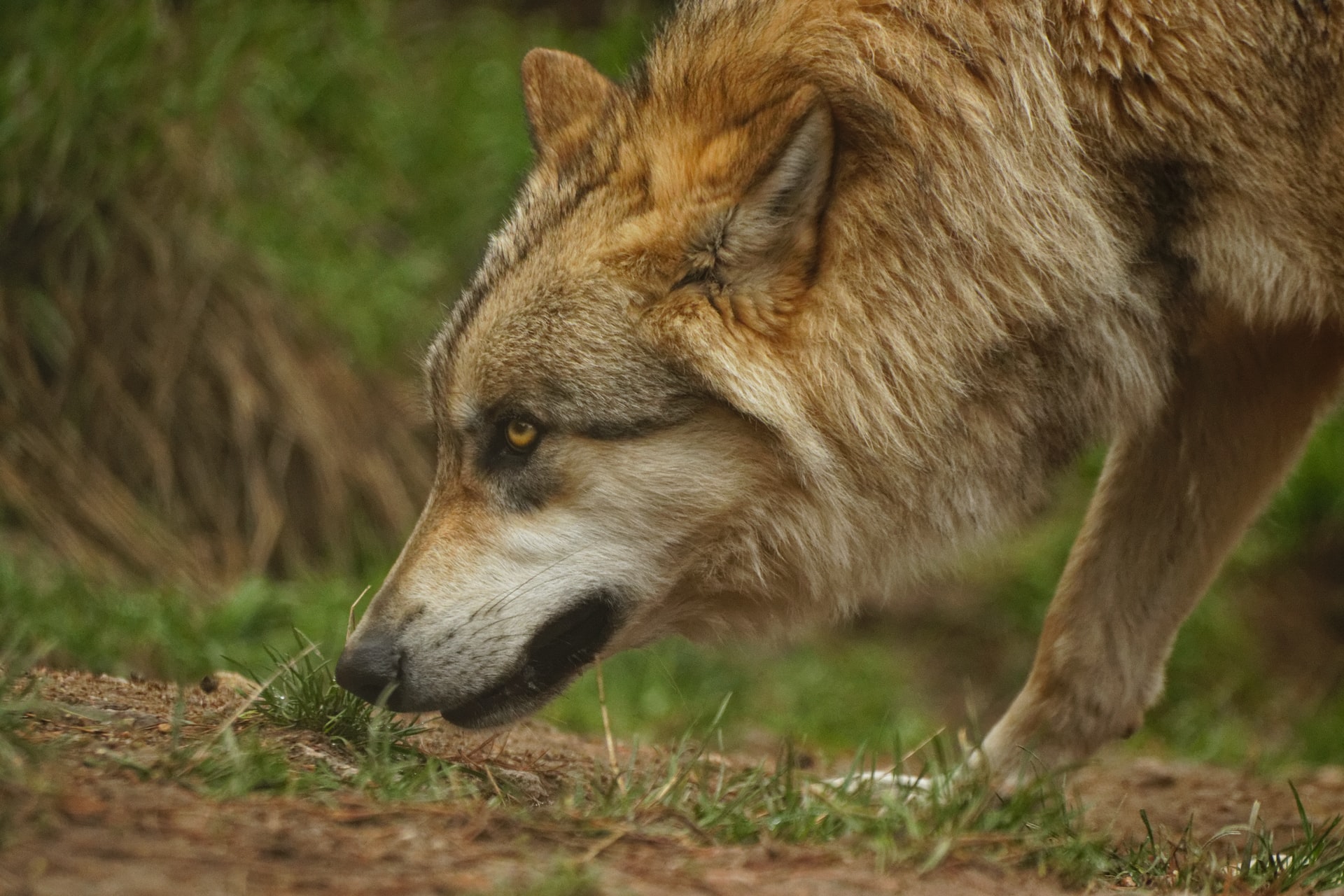 by Margot-Noyelle
Werewolves can only live up to a max of 100 years, yet they have outstanding memory when it comes to the any slight against them. They are solid and enduring like the moon that they love, weathering the passage of time with stoic endurance and little change. They respect the tradition of their clans, tracing their ancestry back to the founding of their most ancient strongholds in the youth of the world, and don't abandon those traditions lightly. Part of those traditions is devotion to Bavara, the Moon, who uphold the werewolf ideals of industrious labor, skill in battle, and devotion to nature.   Individual werewolves are determined and loyal, true to their word and decisive in action, sometimes to the point of stubbornness. Many werewolves have a strong sense of justice, and they are slow to forget wrongs they have suffered. A wrong done to one werewolf is a wrong done to the werewolf's entire clan, so what begins as one werewolf's hunt for vengeance can become a full-blown clan feud.

Werewolf packs stretch across their territory, where the werewolves farm and take care of nature. They love the beauty and artistry of nature and farming, and in some werewolves, this love festers into avarice. Whatever wealth they can't find in their respective territory, they gain through trade. They dislike boats and airships, so enterprising humans and elves frequently handle trade in werewolf goods along water routes. Trustworthy members of other races are welcome in werewolf settlements, though some areas are off limits even to them.   The chief unit of werewolf society is the clan and werewolves highly value social standing. Even werewolves who live far from their own packs cherish their clan identities and affiliations, recognize related werewolves, and invoke their ancestors' names in oaths and curses. To be clanless is the worst fate that can befall a werewolf.   Werewolves in other lands are typically artisans, especially weaponsmiths, armorers, and farmers. Some become mercenaries or bodyguards, highly sought after for their courage and loyalty. 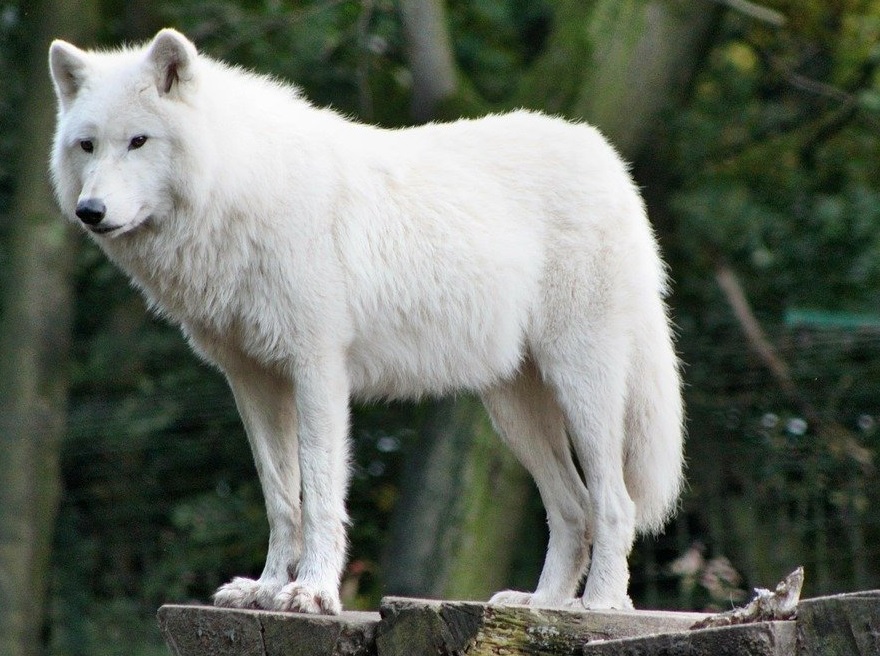 Related Myths:
The Legend of Wolf Slayer
The Lycan Prophecy

Ability Score Increase: Strength +2, Dexterity +1, Constitution +1   Age: Reach adulthood by 16 years, and live less than a century.   Alignment: Any   Size: Medium   Speed: 30 ft. (walking), 60 ft. (running)   Languages: Common, Wolf Terminology   Darkvision. You have superior vision in dark and dim conditions. You can see in dim light within 60 feet of you as if it were bright light and in darkness as if it were dim light.   Shapechanger. You can use your action to polymorph into a wolf, or back into your true form, which is a human. Your statistics, other than your AC, are the same in each form. If wearing any equipment, it will be torn to shreds upon changing shape. You revert to your true form if you die.   Inner Wolf. You can use your bonus action to let your inner wolf take over. Your statistics, other than your AC, will change based on who your inner wolf is. As long as your inner wolf is in control, you cannot choose what attacks or movements you make, but you can offer suggestions. During this time, the KT has control over your inner wolf, who is an NPC. If you and your inner wolf are working harmoniously, then both of you are in control and you can make the choices of attack.   Keen Hearing and Smell. You have advantage on Wisdom (Perception) checks that rely on hearing or smell.   Pack Tactics. You have advantage on attack rolls against a creature if at least one of your allies is within 5 feet of the creature and the ally isn't incapacitated.   Wolf Resilence. You have advantage on saving throws against poison, unless it is silver, and you have resistance against poison damage.   Wolf Combat Training. You have proficiency with the battleaxe, handaxe, light hammer, warhammer, and melee attacks.