Darkness Moon Chronicles    Geography    Eskǎvaëís    Chymoús Countries      The Moonlight Expanse      The White Mountains      White Mountain Pack
TW: Sexual Assault, Verbal Assault
Snow, ice, and everything frosted — that is what makes up the White Mountain Pack. Set deep within the White Mountains, the WHMP is home to a pack of mercenary wolves. The pack works entirely to wipe out the vampiric species, and is run by Alpha Tyler Caldmen, a ruthless leader with very little regard for others. With Alpha Tyler in charge, everyone fears him, knowing to submit and do as their told or face a cruel punishment.   The pack is known to have a vast culture and military. They have been regarded as a fairly even combination of both mountain and forest wolf practices, increasing severity of one culture having prominence over another with closeness to either side of the mountain range. Therefore, wolves living here tend to have pale skin and light eyes, with an even mix of red-haired and black-haired inhabitants.

Legacy is important. If you do not have one, you are not part of this pack.
— Pack Motto 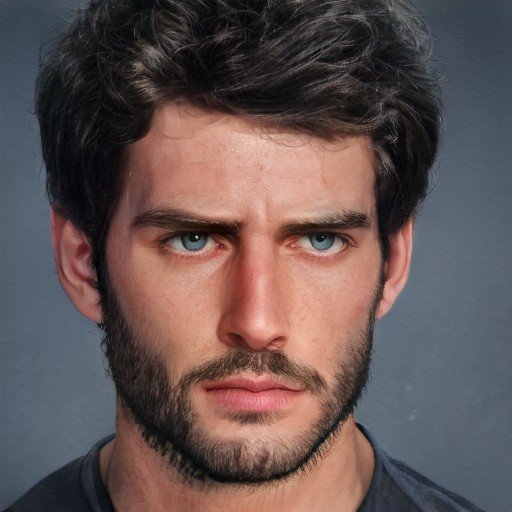 by Amelia Nite (Artbreeder)
The Caldmen family has been in charge of the WHMP for 10 generations, dating back to 1822 EoL. Around every 20 years, the next Alpha would be born with Tyler Caldmen being the latest. He has yet to have an heir for his pack, however, he has his eyes set on creating the first Alpha of magickal blood.   This family is also wrought with blood and chaos. It was by their ancestor, Bishop Caldmen, that their family took Alphaship from Alexander, who is said to be a direct descendant of Alpha Herrick James. Bishop was once a rogue who saw that the WHMP was crumbling to the pressure of the Northern Narrows District. He forced Alpha Alexander into an Alpha Challenge and took the title for himself, changing the flow of the Moonlight Expanse's path ever since. 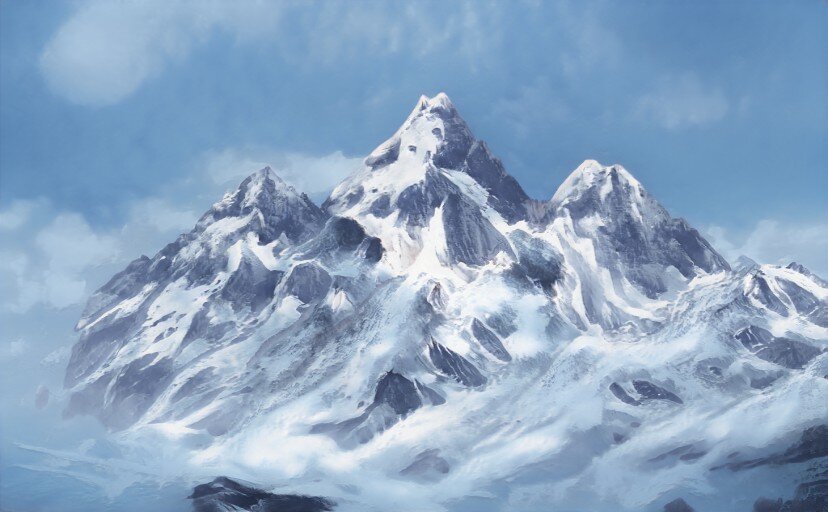 by Amelia Nite (Artbreeder)
The WHMP is found nestled in a frozen mountainous region where countless peaks jut into the sky and form a circular enclosure around a large set of boreal forests that protect the pack as an extra barrier. A large lake is near the northeastern portion of the pack with a stone bridge that leads to an island in the center. That small island contains a set of stones that are used for pack ceremonies, such as transition of power between an Alpha and his heir.   The climate of the mountains is broadly similar to that of the Icywind Alps to the far east, though with a slight inclination toward more snow than rain at colder times. The south of the range, though still rather cold, is flattened out by a bit or mildly hilly, providing fairly decent animal farmland. The overall temperature begins to quickly reduce, however, as one travel northwards with most established settlements becoming unsustainable when the subarctic land transitions rather abruptly into desnse, highland mountains. The northern half the region is almost completely uninhabited by any race as the climate can rapidly shift to polar with the ever decreasing vegetation. The land becomes dominated by jagged mountaisn which remain snowbound for almost the entire year, separated by an abundance of huge glaciers and deep fjords even further north. 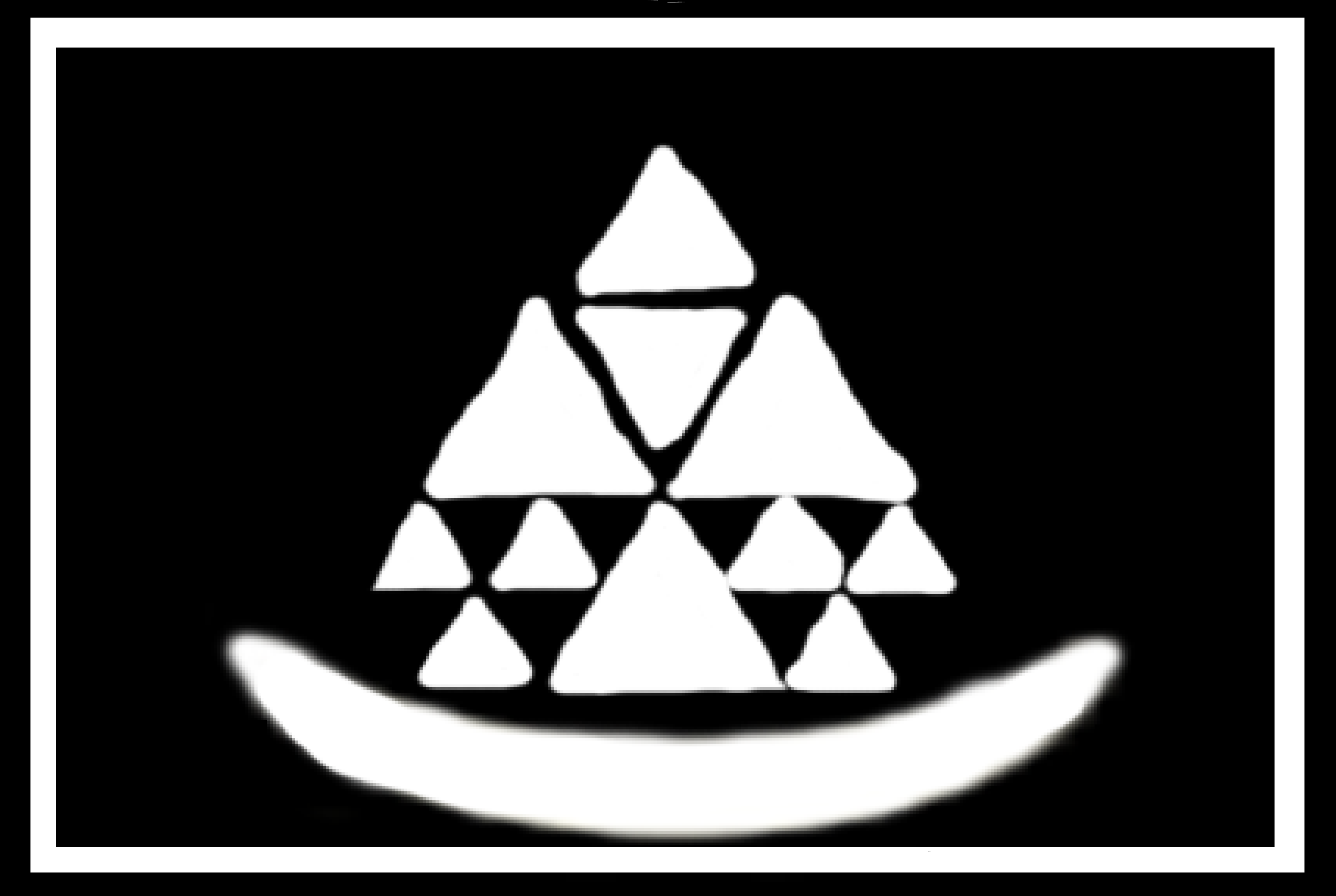 Everyone who shows up at the pack knows that the first place to go is the town square, where they can get a map explaining all the best shops. If one is lucky to be a high enough rank, they can meet with the Alpha in his office and discuss where they are going to stay.

These storms started appearing around 1492 EoL, right when Alpha Herrick returned to the pack after slaughtering Empress Sin-yeona Cheonsa. As of recent, the storms have grown frantic, to the point the glacial storms start up at any point of the year.
Due to this harsh environment, the region remains quite sparsely populated even to this tday, with the hills much more than the mountains providing sustenance to most of the large population centers. This reliance on the hills has ensured that the regions have become the primary trade hub of the northern section of the expanse, with a great many of its inhabitants being known as excellent herders and mountain climbers of the small but sturdy craft they prefer.
White Mountain Pack
Open full size

The Alpha runs the pack and regularly call pack meetings to talk things out with the pack, giving directions for how he wants the pack to be run over the course of the next month. The Wolf Council is only allowed to step in if things aren't running smoothly and certain pack rules are on the verge of being broken.   Alphas are announced after an Alpha Heir has reached 16-years of age and met his mate.   The current government of the pack:

The pack has three main organizations:   WHITE MOUNTAINS
The White Mountains is the head organization of the pack, run by the Alpha and his Luna. They are tasked with keeping the pack's morals lifted while making sure everything within the pack is functioning correctly. They are also in charge of driving their Warriors, Hunters, and Scouts to fight back against the Itude Empire.   WOLF COUNCIL
The Wolf Council is run by the former Alpha and Luna that have retired. If they die before the current Alpha and Luna have retired, but the council members before them have yet to die, the former council members are tasked with being in charge. They work to keep the Alphas in line.   THE SILVER HOUNDS
A loyal group of assassins that work for their Alpha. They wear the white WHMP crest symbol on their left bicep with a small black dot for each kill they have made.

The Moonlight Expanse mainly uses Lava Crowns as their currency, but they have been known to practice with haggling and different forms of trade. With the WHMP, they try to stay in the now, using only currency for their goods.   While the pack is mostly run on a pack hierarchical order, they do not make much money this way. So, in order to stay afloat, a former Beta used his knowledge to convince his Alpha to make Omegas, regardless of their sexuality or looks, into brothel workers. This suggestion helped many wolves in the WHMP with relaxing after a long day of work. The Omegas, however, have not been keen to it, but they are submissive to it as they don't know how to fight nor do they have the courage to stand against their Alpha.