Darkness Moon Chronicles       Introduction    Feats & Traits    Backgrounds    Wolves      Alpha
The Alpha is the leader of a werewolf pack and his mate is known as his Luna, who rules beside them. The next in line is known as the Alpha Heir. Alphas are the highest rank of the pack and are very strict, not allowing any kind of flirting with their mate. Everyone is to answer to them as their word is the law. They also contain the right to punish, banish, and reward whomever they like and due to their severe tempers, they are known to be ruthless to anyone who harms a pack member. An indicator of their anger (or even sexual frustration) is the darkening of their eyes. In other words, whatever their normal eye color is will slowly morph into a pitch-black hue.   When an Alpha or Alpha Heir finds his mate, they will become possessive. In their minds, a mate is theirs and only theirs; they believe that no one will ever be capable enough to protect their mate as thoroughly as themselves. Also, don't mess with an Alpha's mate (whether their mate accepts him or not), as an Alpha is willing to kill anyone who puts his mate in danger: emotionally, mentally, physically, or verbally.   They are the biggest and strongest members of the pack through blood and genetics, and also through working blood, sweat, and tears into their jobs. Their duty is to protect their pack and mate, no matter what. Though, their mate and pups come first in all cases. Alphaship is passed down by blood from son to son unless there is an Alpha Challenger or Alpha Takeover.   When an Alpha Heir becoms an Alpha, they physically change over the course of the next month. Not only do they become more muscular, they grow nearly another foot in height, totaling their height to around 6'11" to 7'3". 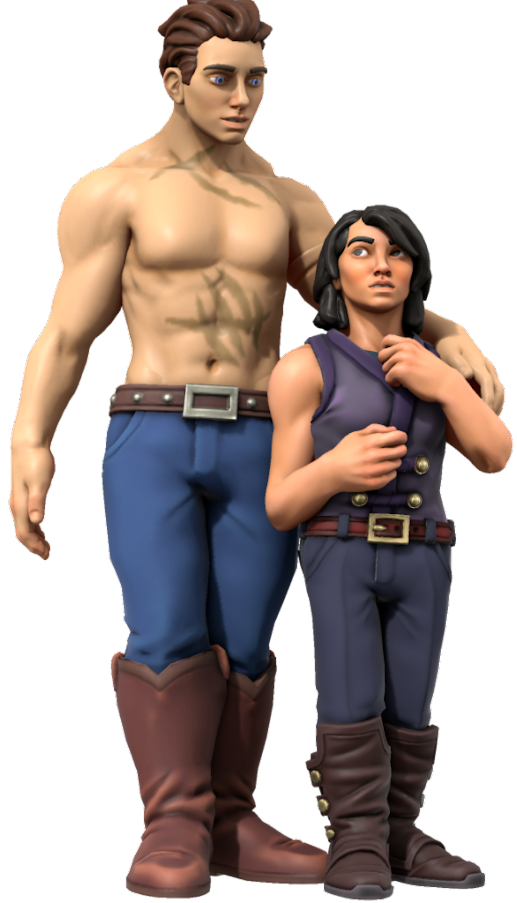 Source of Authority:
The Pack