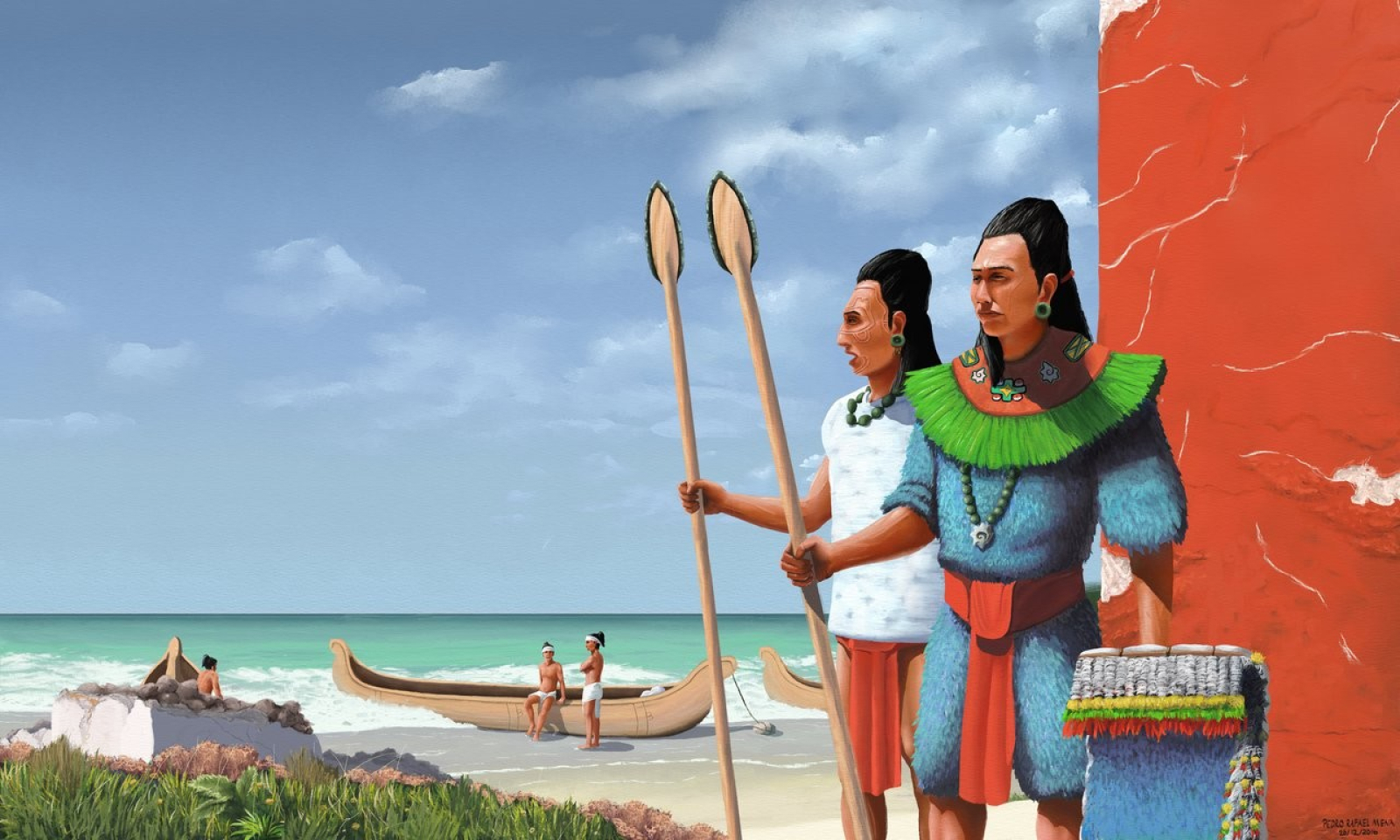 Head shaping helped to identify elite members of courtier society. This was seen as particularly useful due to the many population explosions in their existence that required many migration periods to the former colonies. Elongation practices also moved into the colonies with the growth of the new aristocracy from the previously ordinary member so as to improve their social prospects with the Corn Court.

By the Light of the Corn

The phrase: "By the Light of the Corn" commonly refers to Cinteōtl's pervasive glow. It traditionally starts the proclamation of official statements and punctuates the end.

Corn smut is also an indicator that the corn's seeds are suitable for a questionable and risky medical practice involving the insertion of a contaminated corn seed into a wound and allowing the spouting root to take hold and absorb whatever disease or toxin was ailing the person.

The interior of the domes feature evenly spaced and sunken panels that ring around the inner dome, reflected by the raised panels on the exterior, in mimicry of the kernels on a cob.

For classical courtier architectural design; the dome's apex, besides the entry door, is the only natural source of light to the interior as it is never covered. The light from which moves around the patterned floor like a sundial for its residences to tell the time of day.

Courtier towers serve multiple purposes. They provide a visual focal point, a platform where a crier proclaims edicts, and as a pillar of support to other nearby constructions due to how much materials go into its thick walls.   The basic form is of a base, tall spiraling shaft, a conical cap and a head with a roof-like canopy adorned with ornamentation.

Many of the city's courtyards house the family tomes to past queens and the graves of commoners. Throughout the day, many citizens can be seen offering prays to their queen on block section of red, black, yellow or white sandstone.

There exists four techniques of preservation reserved exclusively for when a queen dies.

Involves making many incisions into the body's trunk and shoulders to drain fluids.

Involves coating the body in a special mud.

Involves taking the body apart, treating it, and reassembling it.

Just one month after birth, a child's pliable skull is bound between two pieces of wood for about six months. This is done because of the ideas of the 'Unfinished Self': the belief that anything material (even a newborn baby) can and must be improved upon.

Courtier burial rites simply involves a nude, natural burial of the deceased in a random place inside the Mais Rows followed by a lengthy wake full of dancing and socializing over the grave site. Their stamping feet turning over the earth and disguising the grave as another patch of earth.

It is considered heretical at best, and treasonous at worse, to publicly contradict the corn queen. By the queen's grace, her edicts are devotedly followed through; and if the fault in some unforeseen circumstance lies in the queen's plan, blame is shifted to the dead. That being the mummified husks of the past venerable queens, the living one chose to council her.

The exiled god of the corn who is said to have been vanquished during one godly machy and sought to hide on earth with the aid of his earthy followers. The entirety of the courtier population follows Cintēteo which worships of a divine group of corn siblings.   They are sons of the god Cinteōtl, who hide under the roof of the Sheien, and the goddess Centeōtl who is incarnated through the corn queens.   The names of the siblings are:

After the establishment of Soonous; its founder, the Corn King, inadvertently vanished and the leadership role was forever since taken up by his wife, the Corn Queen.
It is difficult to decipher just what the Corn King is to the Children of the Corn. Historically, the Corn King was the official title to their first leader; and ever after referred to as such since his actual name has been forgotten. This, at first, would appear to be the usual results of difficulty in record-keeping.   Except that within the Maze that surrounds the city, inhabits a mysterious creature also labelled as "The Corn King". The origins of the name of this King is somewhat mysterious. Some believe the corn beast is the first ruler of Soonous, reincarnated to continue protecting his people. 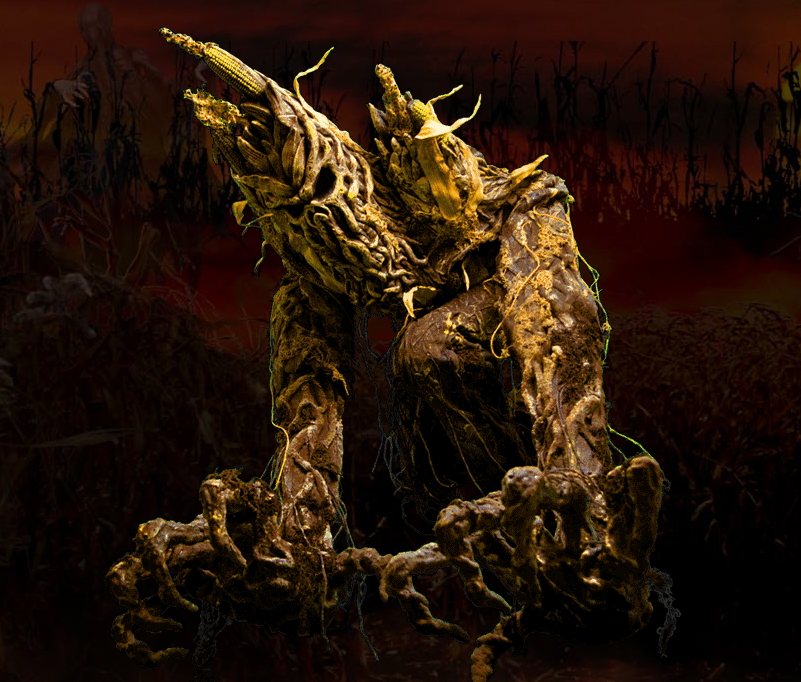 Said to be a protector to the people and a monster to outsiders. Those who claim to have glimpsed it describe a humanoid figure with multiple roots for legs, skin with the color and texture of a corn husk and a turned-over basket for a head.

Much like all times before and since, the Gods have made and remade men as often as they have made and remade the sun. With the dying of the Red Sun; Ehecatl, the Crippled One, was raised to the Violet Sun to take Tlaloc's place. And in his honor, the new men were grown from corn seeds and they flourished. But as before; when a sun dies, calamity strikes the earth be it fire, wind or quakes. For the end of the Red Sun Era; there was a second seeding of huge rocks falling from the sky to upturn the earth for the new corn men.

A person with an elongated head is thought to be:
More Intelligent
Of Higher Status
Closer to the Spirits

The seat of government inside Soonous where the corn queen sits upon the cinteotl and projects a formal presentation of her divine right to rule.

There are three cooperatives operating within Soonous that produce and facilitate the movement of goods from the Floodlands to the larger valley through Mais.

The judicial responsibilities of Highwatch is a secondary role harped onto them to police the rural areas of Soonous. Their first and continued role is that as a border watch, skirmishers and first respondents.

Sons of many high officials are given fine dress and bejeweled spears to stand vigil at entrance points and along many columns and pillars.   Their presence is largely ceremonial and convey the level of importance of the respective noble's family. They are not expected to actually fight and appointments are more political, but those of higher ranks must pass various written exams on warfare. 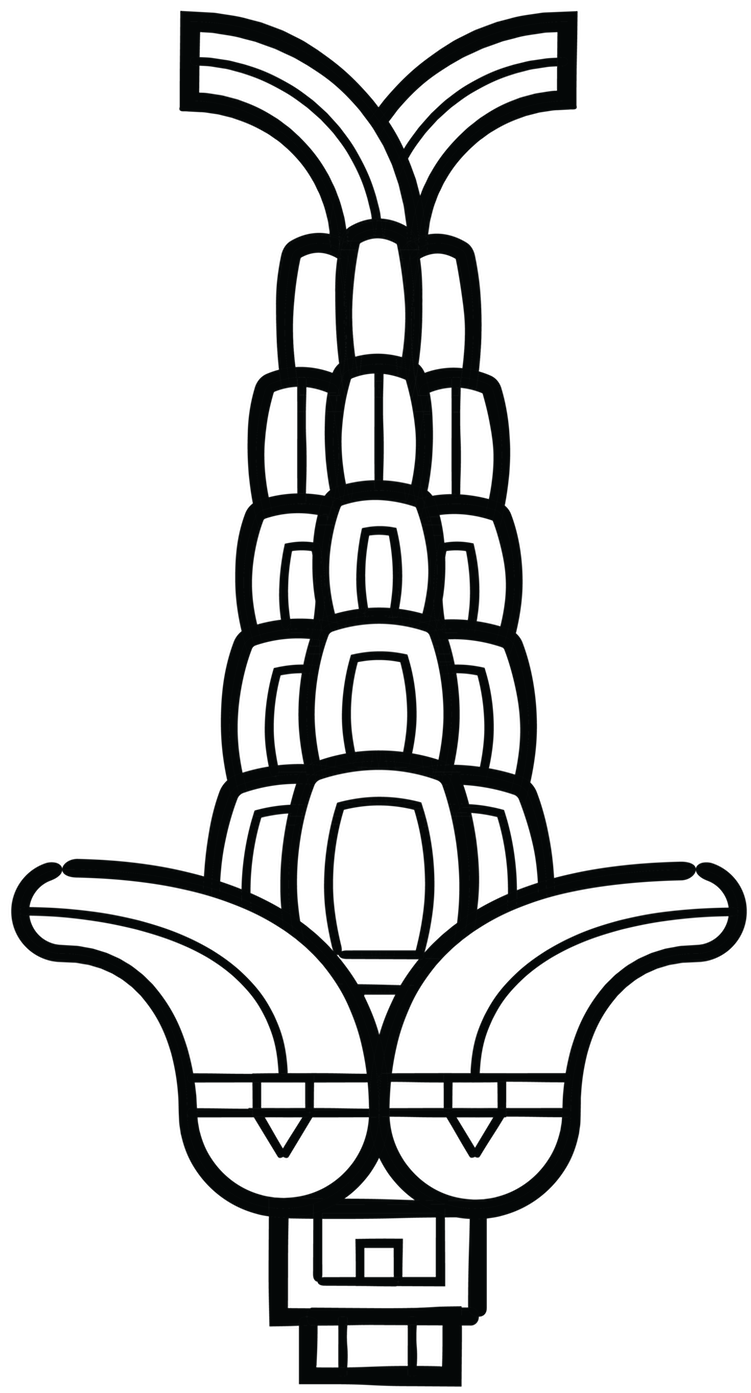