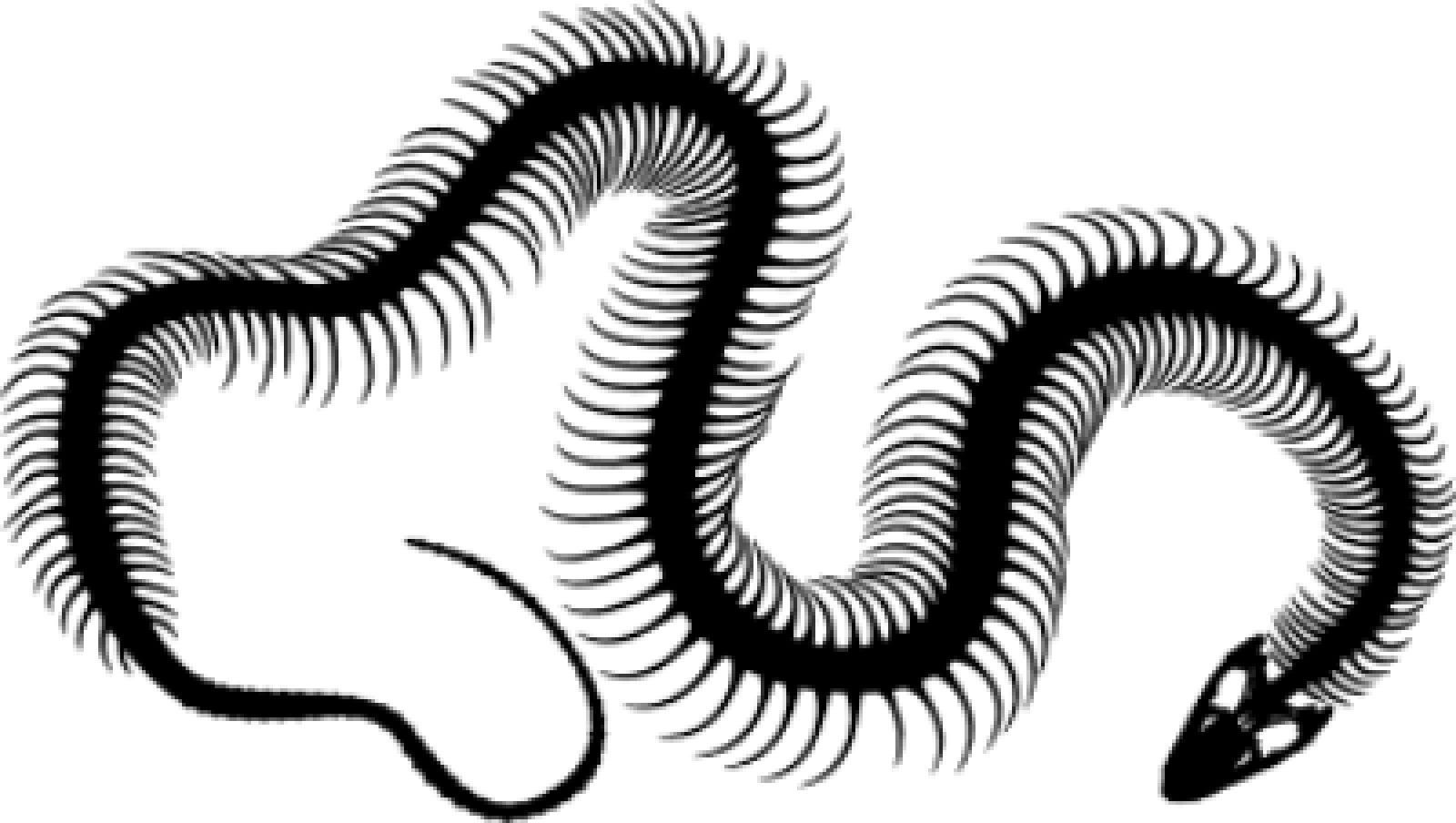 As the Sinks are a development of the mountain peoples on the Step, the demographics of the Sinks consists mostly them. The term 'Sinkling' is a catchall term for those living in the Long Step's Sinks. The lawbreakers, war prisoners and purchased slaves from as far as the Corn Court near the most southern of the valley and as far west as Sangsalgu itself. There is a strong minority within the Sinks who have found a preferable place for themselves.

Both men and women had great powers of endurance. From childhood onwards, the ordinary people had been used to hard physical work. Even the women were accustomed to walk great distances, in the thin air, following their menfolk, carrying equipment as well as nursing babies.

When given the choice, humans will chose to live in temperate regions. But given that sinks started as penal colonies in a place called the Cold Swamp; it does not imbue such a sense of comfort. But rather of cold and dampness.

The inhabitants in the Wilds mostly acquire sustenance through hunter gathers. Food stuffs, particularly meats of giant insects, frogs and birds, are stored in home-dug pits filled with harvested ice. When meat is particularly craved, groups form into war bands to hunt outside, what might be considered their territory, for the larger, and more dangerous game.

Labored in its birth, delivered its peoples, wrote its laws and gifted it gifts every year. It might be expected sinks to take after the Step culture:   Step society is rigidly divided between nobles, commoners, serfs, and slaves. The noble class is complex and specialized. Noble status and the occupation in which a noble served are passed on through elite family lineages; with the exception of the 'Mother' and 'Father' titles, which are voted on. Nobles are literate and wealthy, and typically live in the central areas of the Cavern cities.

As it turned out, however, all the Sinks acted as misbehaving children.

Slavery is all but barred among sinklings. Unsurprising, given that the original colonizers were slaves and serfs.

The few Step nobles who managed to retain their riches, let go of their rigid mannerisms and accept their held little political power.

Priests, particularly those of older religions, hold greater significance in the Sinks than the caverns.

On the Bad Step, hair on the face was considered unpleasant, so much so that Step mothers applied hot cloths to the faces of their young sons in order to stifle the hair follicles and inhibit the growth of whiskers. Those in the Sink, on the other hand, let their hair and beards grow out to help against the temperature.

Most of their faces are broad with eyes of black or brown and almond-shaped, and possess epic folds at the outer corners from the heavy folk influence on the sinkling blood.

There is no distinct ethnicity with regards to sinklings. Even in the earliest days the Sinks were not dominated by the peoples along the Bad Step. You were just as like to find Rangers, Courtmen, Gardeners and, even some hosts from the deep swamp on occasion; whether they were there willing or not, anyone can make a home in a Sink.

There are no usable sources of salt past Dragonsgrave, and the area is, for certain, too cold for one to mediate a salt bath for enhancing natural abilities.

The Trust is a figure from the Protilla nobility reappointed every year to oversee the health of the colony. Endowed with overall power over the people, Trusts have passed along responsibilities to the year-round priests while they entertain themselves in whatever way they please inside the one stone building: The Admin.

'Old' is the single word that comes to mind when one hears about priests, mystic men and hiking preachers casting illustrations about the past. And in the time before the white case, it was so. Priestly nobles decried the loss of tradition and their influence in their caverns; but they were largely ignored in the face of a growing sense of common Step identity.   These men have refound their power in the run down Sinks. Expanding to other Sinks and sometimes wielding greater influence than the 'Trusts'.

They consider it to be highly attractive to file your teeth into sharp points. Wearing hoards of jewellery, copious body piercings, and tattoos would place you in the elite class and you would be considered popular and important.

Men and women on the Step are expected to maintain the societal expectations of their respective genders. But for the sake of efficiency, in combating the troubles in struggling Sinks, these pressures are relaxed to force productivity along.

While one might expect employing a professional matchmaker for their son (17 or 18), or their daughters (14 or 15). In Sinks where there is such a large proportion of men to women, a potential husband can actually lose out if they followed proper procedure as dictated by the caverns.   To one willing to appear petty, this can mean marriages are made and consummated quicker than a woman's family (if she had one in the Sink) could respond.

The notable gender imbalance within Tonda has lead to a curious but predictable arrangement between the male and female populations. Eytn-kethi are the breeders of a house of consisting of a small group of men (usually 2-5), and the children of those men to the few women inhabiting a home together. This is problematic as many mother cities do not recognize children of such families with regards to normal inheritance laws.   Regardless, this system persisted and is actually favoured by the women themselves. There are many circumstance by which one can die in the Cold Swamp; circumstances that tend to favour the men. As a result, to maintain a stable home, the Eytn-kethi are given dominance in property and inheritance rights; which are again NOT recognized above. But the practice continues on unconcerned, in part, because those being sent to the Sinks are predominately men; meaning that more girls are true born sinklings than boys who understand no other way.

New arrivals who refuse to conform and share their wife are not actively punished but are really disadvantaged. Several institutional norms have evolved in the time since their founding that make 'going it alone' very, very impractical.   These sorts would surely die within a year of arriving unless they moved to a sink with a favourable surroundings. Those able to find a place becomes a teyn to his brother husbands. He would serve either in a labour camp or, more preferably, work in bands in the Wet Wilds with his fellow teyns within and without the home. He continues on in this vain, until after a certain amount of time and social contribution would be granted time with his Eytn-kethi.

Just recently, the Wet Wilds' yearly refreezing has slowed considerably. So to take the most possible advantage, the caverns have begun financing new technologies and new laborers have been sent to reinvigorate Sink economy.   Even so, due in part to the desire for political independence through the Vanilla Wars a great many unique weapons were developed: wands being the most famous and world changing. Others include the mytenii bow, fire lance and atlatl stretcher.

Because of its demographic makeup, a great mix of cultural traditions inhabit the regions claimed by the Long Step.

Raiding the Slitherkin bones from their jar graves in the still truly wild places in the Wet Wild for potions or for sale is made illegal with hefty penalties if caught.

Primarily due to the descendants of serfs or forced moved serfs or debt slaves is the introduction of a legal limit to the amount of financial debt a sinkling can accept or be forced to take on.

A cultural belief of a fire that emerges suddenly from within large clumps of ice in the Deeper Swamp. Though, it does not melt them, it still burns its surroundings into a hard blackness, all while giving off no heat, only a breezy cold.

From talk of warts, Kin and white trees are spun tales of long dead creatures imprisoned in the grass who, as the winds thaw, slowly unfreeze and walk the lands again.

Answering: "Describe the predominant species of the location."
Visit hughpierre's Competition Page Check all other answers to this prompt Competition Homepage