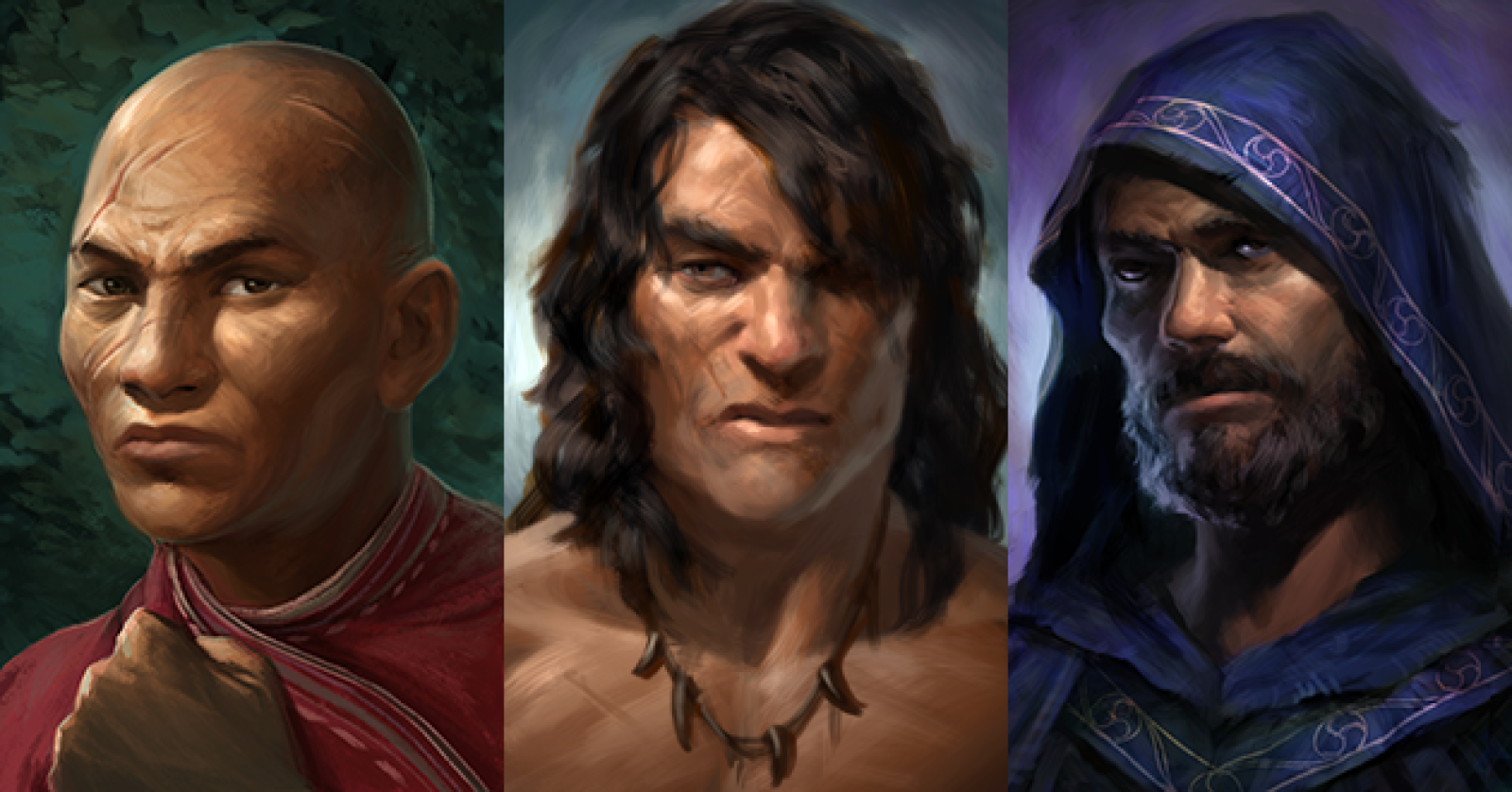 Tilling the silt on sauoomsae's shores requires plenty reshuffling of the soft earth as part of organizing relevant infrastructure. As it is recognized that mining the bedrock, or the Hot-Rocks as it is locally known, diminishes the warming quality of the river; so they instead pack the very fertile soil into brick-like low walls for the irrigation network. This lessens the amount of yield the land is capable, which is why clans divide themselves in two, in order to work both sides of the river bank and double production.   Both sides need to be self sufficient and see to their own defense as it would take too long for one side to cross the river to come to the other's aid. Additionally, the warmth from sauoomsae does not extend to so far into the swamps as to accommodate large populations. Therefore, as a caution, toiks time the disintegration for their mud networks with moving their shelters twice a year and allowing what had once been a farming community to return to nature.

Through trial and tribulation, these toiks eventually managed to tame the native terror birds by learning their language. By using gestures, dances and clicks and whistles; a riding culture, unseen anywhere else, emerged that would be their greatest advantage on the international stage and their greatest contribution to the College.

It may be said that the concept of self-sacrifice was introduced when half the refugee toiks, who sheltered in Tlopetla's tunnels, voluntarily ventured to the sauoomsae shores and joined with other toiks, who swam across Lake Lightning, to eke out a living where there previously was none.

The act of paying taxes or offering religious devotions through labour. Many homes, communal houses and channel dugouts were built through this tradition for individual clans.

There were no broad regulations on water control. Rather, irrigation is the responsibility of local families.

A crisscross network of earthen walls created along a field of crops that would be flooded by the river. When the floods came, the water would be trapped in the basins formed by the walls to hold water longer than it would have naturally and allowed the earth to become fully saturated for planting. Once the soil was fully watered, the floodwater that remained would be drained to another basin to start the process over again.

Water and slit are manually carried from either a well or the Sauoomsae to water crops which naturally fertilized the ground, along with pigeon manure gifted by the College.

The toik clans that live along the sauoomsae are quite decentralized; bearing more similarity with Giantsfall's Swingers than with their cousins under the mountain. Within their skinny environment, sufficient resources are hard to come by on ones own. As a result, a healthy and generous attitude to the allocation of goods.

Rectangular pieces of fabric that are wrapped around the legs and tied to hanging chains of material.

Naturally, to protect their usually exposed feet and legs from freezing temperatures.

A mantle is a cloak fashioned from a large piece of material with a hole for the head to go through, hanging in ample folds round the body and distinguished by a heavy hood and sometimes with a shawl to wrap around the neck and a round cap to place over the head.   There is also the submantle, a protective layer put under the coat. These coats are very resistant to water because they retain animal wax.

Stilt houses raised on piles over the river, the river banks and along the soft soil shore. Stilt houses are built primarily to act against flooding and to keep out vermin, but they also address the need of finding comfortable space for family units.

The further out from sauoomsae, the ground becomes rock hard stilts change to a simple flat foundation with a white painted border.

During times of high tension or war with swampers, excursions under the cover of a punishment would enter the the Cold Swamp or the Deeper Swamp and harass trappers, ambush trains of swamp sleds and capture wildmen to sell in the valley markets. This is considered the highest form of the warrior's rites with the aim being to fight and return with something of value, useful to one's community.

Initiates are generally isolated from the community and housed within menstrual, nuptial or birthing huts overseen by a community elder, where they are dipped in a tub or the river under a special enclosure or under the fractured sky.

Children of these riverside communities are frequently given guard roles atop Terror Birds. Not because they are particularly observant of their surroundings, but because the birds are.

Even recently tamed birds possess a certain awareness of how their adopted human society works and come to understand what is asked of them. They are trusted to fulfill their duty unsupervised by a handler, while the child is entrusted to improve their situational awareness and riding endurance.

The body remains at the home until it is cremated on the river banks, which is usually within a day after death. The ashes are typically scattered at over the sauoomsae or at some other place of importance to the deceased.

The River of Life penetrates deeply into the Deeper Swamp, passing along its supernatural warmth onto its shores and widening the livable areas some for the toiks. But other creatures, wildmen, venture from the swamp's woods to absorb the warmth and claim territory as animals always do.   As the name implies, wildmen craft primitive but effective tools and weapons to stake their claim, which in turn has forced the people who live here to become more territorial than their upstream kin. Overtime, both sides established a tentative border that is easily broken when an individual from either side strays onto the other side.

The people by the Sauoomsae river are in-fact descendants of those refugees who were forced to flee from their homeland or who were expelled from the as of yet established College of Birds during the Shadow Binds when resources were in short supply. This forced many groups to become conservative in their wares.

Both sexes tend to be very tall, broad-shouldered and possess of long arms and legs.   The College believes that they are taller than their average predecessor for during the shadow binds the Toiks who needed more food than the primitive farms could provide were larger than their peers and voluntarily exiled to the Cold Swamp concentrated their traits to the river shores.

Toiks placed no significant value on virginity and individuals are free to pursue sexual relations, so long as both the parties involved weren't married to anyone else.

The original purpose of settling in Tlopetlan was to find sanctuary from invaders. To hide, and only venture out to offer measly tributes. All the while, growing their strength in secret and fostering various means to multiply their power projection safely from their mountain.   River toiks share a cooperative relation with the mountain toiks; having experienced the same cultural trauma in their shared origin has endeared them to help each when they can. For example, the college frequently donates foodstuffs and wares to the Toikorien region, which is reciprocated in their time and labour in the college's external pursuits.

A mass attack tactic of Terror Riders against an enemy line in an unprotected frontal assault with densely concentrated formations.   The name from the effect Terror birds have when hunting their natural prey. Though the reasons why are still a mystery, these creatures emit a near silent sound from their enormous beaks that induces confusion and dizziness onto the target. If exposed for long enough, the prey (or enemy combatants) crumple to the ground and begin heaving their last meals; leaving them vulnerable to be torn apart.   Individuals, or small cohorts, on mercenary missions contracted by city states of the valley routinely use this ability in the their service. However, doing so on mass was done only once during the 'Dissolution of Crochide'. 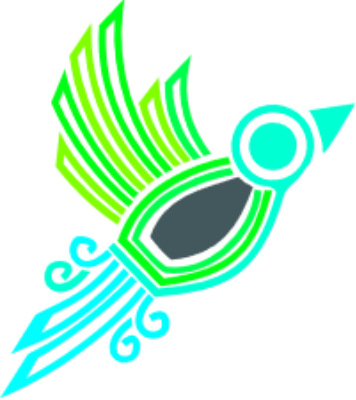 Military Conflict | Jul 20, 2020
Offered sanctuary to those displaced by the bombardments