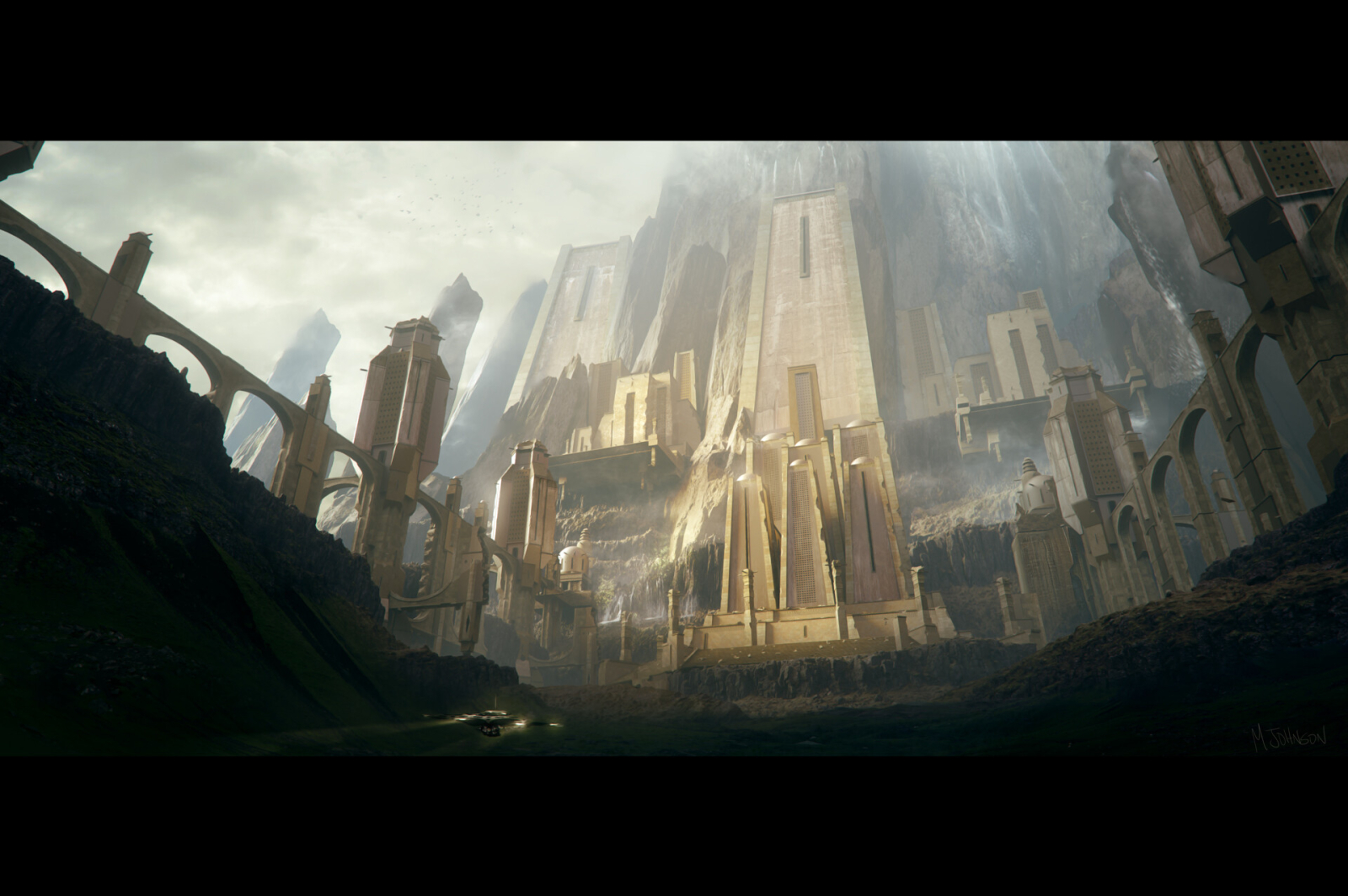 Sheien is the name given to the interior of the court's super structure. Unusual among the temples and other building in the valley; a significant amount of high blend iron went into reinforcing Sheien's massive walls and roof courtesy of the gold salt floating everywhere.

The sheien's layout matches that of the human eye when viewed from above:

Naturally, it begines with the queen at the center.

However magical it may be to imagine the Corn Queen atop a towing throne made of light surrounded by members of the high families in attendance. "The gold corn" standing at the iris at the corn court, with flakes of its salt drifting in the enclosed air. One cannot help but think that this scene, if true, would be an uncomfortable place for the daily administrative work that would be going on.
— comments from Tuxmen on the King's Quater

The main purpose in constructing Sheien at all, was to maximized the amount of salt that can be trapped and put to market. A frustrating property of gold salt is its tendency to amalgamate with any substance under the sun, other than itself. As a result, the cavernous chamber that makes up majority of the interior appears as a vault of solid gold. In reality, the walls are covered in by the butts of salt saturated wall unable to dissolve any further.

There are many fanciful tales on the secret chambers and legends. Even so, the more skeptical of the city suggest actual court is held in the rooms projected onto the towering flats of the walls and the corn court itself is a just collection room for the gold salt.   These are rooms quartered away from the central chamber via layers of spider silk curtains. They house offices, private chambers and meeting halls where most affairs of state are conducted. However more reasonable; this view tends to sap the mystery and splendor out of the storytellings, so finds itself pushed to the back of the collective mind in the populace.

Courtier towers serve multiple purposes. They provide a visual focal point, a platform where a crier proclaims edicts, and as a pillar of support to its interlocking walls due to how much materials go into its thick walls. The basic form is of a base, tall spiraling shaft, a conical cap and a head with a roof-like canopy adorned with ornamentation.

Building / Landmark | Jun 18, 2020
The bridge is commonly associated as the entry point of the bridge directly into the corn court.

Cinteotl is as tall as a hill; with several multi-level platforms leading to and from it. Only the courtier elite are allowed into the King's Quarter, much less into Sheien, to see the queen. The cinteotl throne dwarfs the female ruler. She sits at the top third, on a protrusion in cinteotl's surface like a chair with dugout recline depression for her back.

In its early establishment, before Sheien was even a thought, the corn king (when he was a man) fortified his town by walling it up to Soonous hill and stretched around where the Corn Light touches the ground. Later Corn Queens raised these old walls and incorporated them into building the Sheien and in the process created a section exclusive to the elites.

Tradition / Ritual | Jul 17, 2020
A method of building tall buildings by utilizing gold salt that fuses and lifts the normally heavy materials for easier carrying, turning upright or levitating to higher positions without excessive scaffolding.   As a result, many buildings made using the queen's method appear massive and too heavy to have ever been moved. And thus appear grander to those uninitiated into this practice.

A Source of Salt, A Throne, A God

Answering: "a building associated with crime or justice"
Visit hughpierre's Competition Page Check all other answers to this prompt Competition Homepage