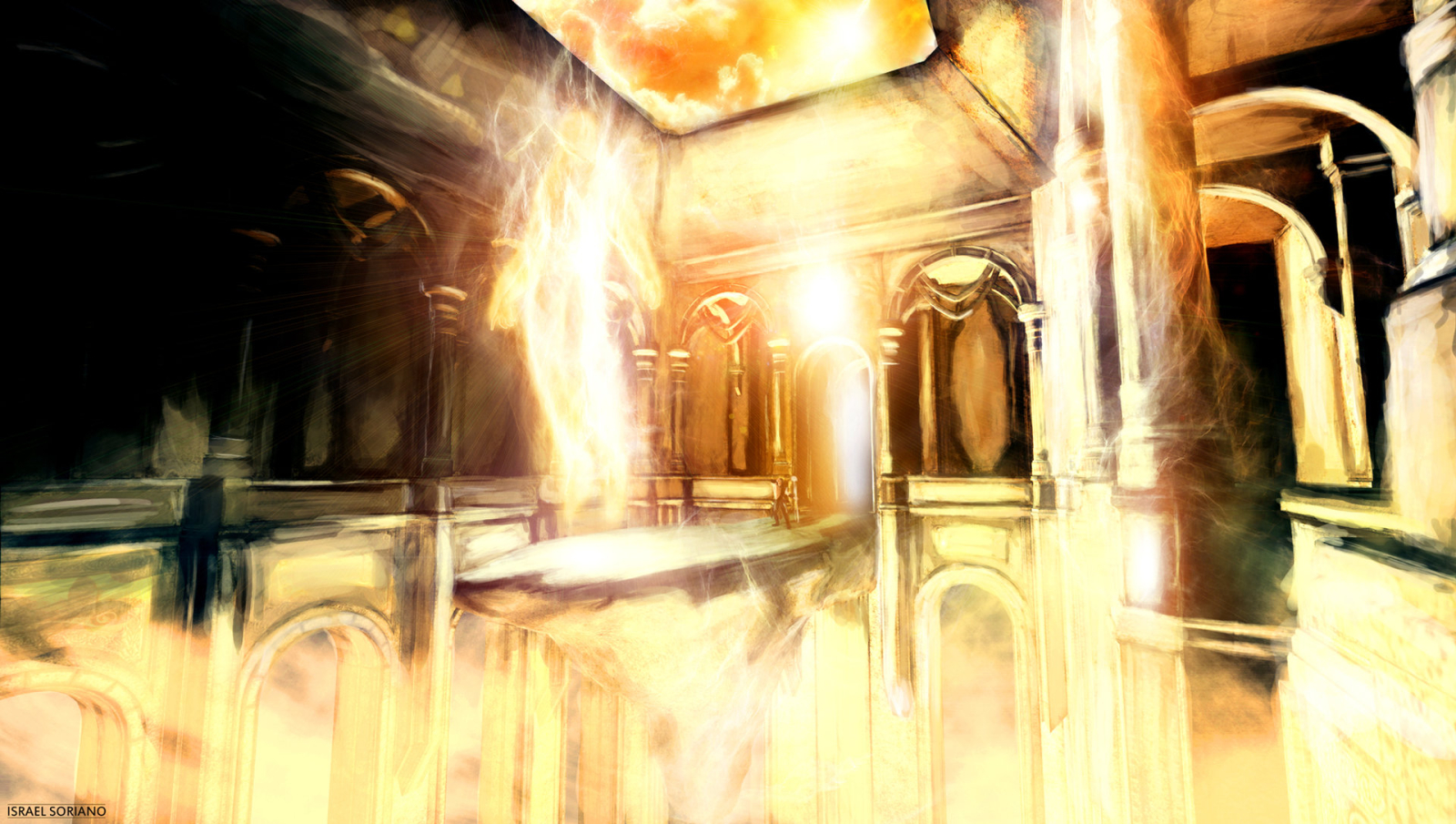 Soonounites love to pay homage their God of the Corn, which is also the living golden throne where their beloved queen sits.

It is not really known how the Cinteotl materializes its salt. Just that gold salt precipitates from the corn light through the air and clumps along the court's huge walls.   But regardless, as always, people spin their own stories of the salt. Saying it is a gift from a grateful deity or the sweat of a dying God. In fact, part of the motivation in the building the Sheien that totally surrounds Cinteotl, it is said, was the fear that it would eventually expire from the 'decay' of the gold salt. 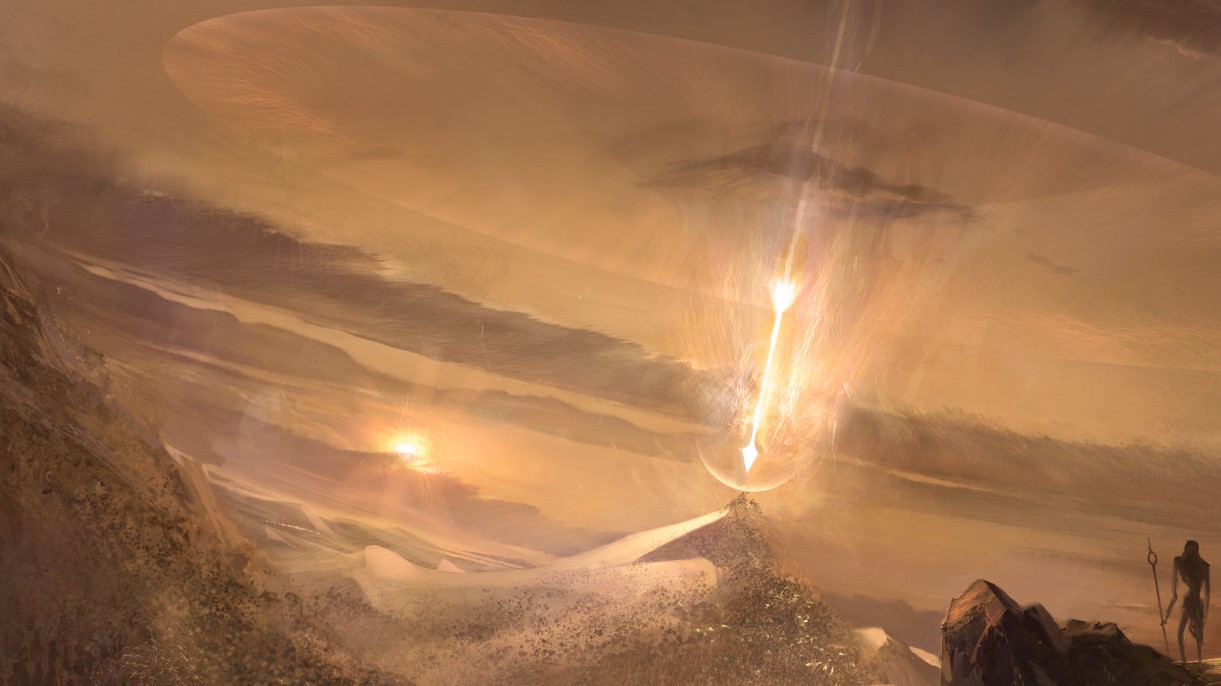 Wrath of God by Titus Lunter
As the story goes; a wanderer, who would later become the immortal Corn King, witnessed a brilliant falling from the sky. A maize shaped glowing rock had planted itself in the center of the mais valley and had showered the wanderer in an initial exposure of gold salt.   It is thought to have extended his life beyond natural limits, but might have also cursed him to become a Corn Demon. 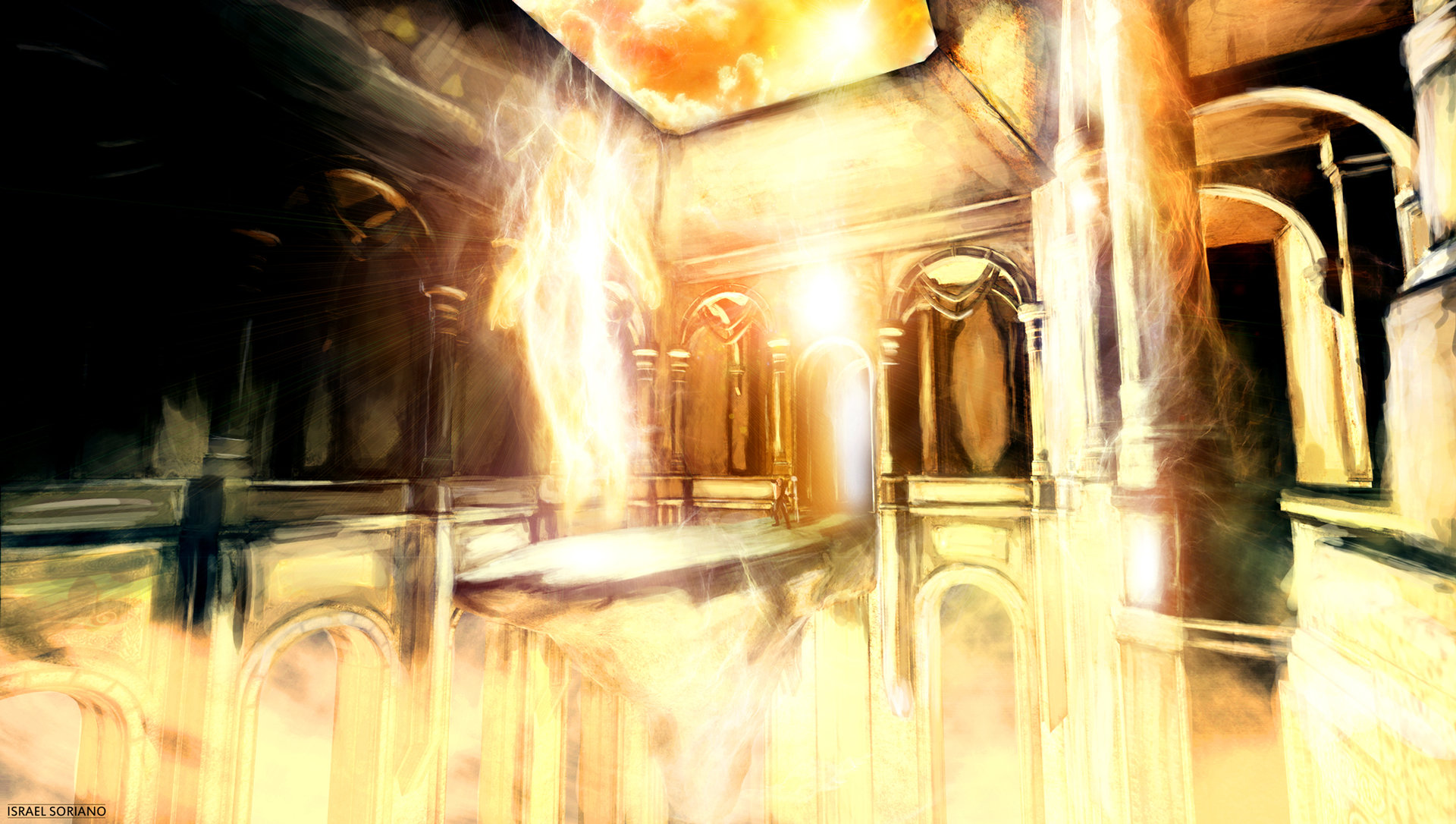 Temple of the sun god by Israel Soriano
Cinteotl is as tall as a hill; with several multi-level platforms leading to and from it. Only the courtier elite are allowed into the King's Quarter, much less into Sheien, to see the queen.   The cinteotl throne dwarfs the female ruler. She sits at the top third, on a protrusion in cinteotl's surface like a chair with dugout recline depression for her back.