A Fomorian Alliance for Mutual Defense


“Look around you, at our ‘great Empire’,” he said, swinging his arm around them as if they could see out across the vastness of the occupied systems from their armchairs. “The only reason that any of this exists at all—this library, this nation, this tobacco even—is because our Progenitors went far enough from the elves that we could build ourselves up away from their hostile eyes. But we can’t stay confined to these small worlds forever. If our people are ever to be something more than barbarians, more than mere animals who know nothing but murder and theft, we must be sure that the elves know to fear our steel and our cannons. Especially the ones who fancy themselves part of their ‘Imperial Navy’, since they take it upon themselves to police the stars against the ‘Orcish scourge’."

The Solstice Pact was an alliance of spacefaring Fomorian peoples who banded together for mutual protection and defense at the outbreak of the First Interstellar War(IW1). The alliance included signatories from eight star systems and eight different species. The Pact later became the foundation of the Fomorian Empire.

The Pact was originally formed between three large Fomorian powers Grunrras and Harakrryrrsû had a number of client states that were brought into the war as their ruling powers joined the Pact. There were also a handful of smaller, independent co-belligerents who joined the war at various points for their own reasons.

The Pact was a disparate hodgepodge of allied tribes, clans, nations and worlds. Coordinating them in military actions was challenging at best. Because many of the constituents of the Pact came from tribal warrior cultures, it was imperative that the commander of their armed forces be able to coordinate diverse forces under centralized leadership, but also, to excel in personal combat.   The commander of the united Fomorian forces was known as the War Chief. The first War Chief for the Pact was Guntur Ironlaw, Orc High Chief of Harakrryrrsû. He won his position by a simple vote of the leaders of the Quadrangle, but maintained it through repeated challenges of personal combat, until his death in 4620 AC.   The remainder of the Grand War Council consisted of the other leaders of the other belligerents in the conflict. Ultimate decision-making power sat with the War Chief, but the other members of the council served an advisory role. Naturally, any one of the co-belligerents could take their armed forces and choose not to serve the War Chief if they were angered by his decisions, so a certain degree of political acumen was also required to hold these disparate forces together.

Leaders of the Quadrangle

Leaders of the Co-Belligerent Powers

Each of the larger imperial powers with client states also had their individual war councils, made up of war leaders and political leaders from their dependent powers; however, they usually did not appear at, or take part in, the Grand War Council. There was one notable exception, nearer to the end of the conflict. (See Elatha .)

The Solstice Pact banded together for mutual protection of the Fomorian people of space in the wake of increased elven aggression.

The members of the Solstice Pact between them could muster more than 1000 warships, and up to 1000 fighter craft and gunboats. Only about 60-75% of them were available to deploy at any given time, however, depending on momentum of the conflict and location of the current theatres of war.

The diplomatic achievement of the Solstice Pact should not be underestimated. While the Fomorian peoples have had historical reasons to work together, they have also had a long history of intertribal and intercultural wars between them. This was the first interstellar alliance between Fomorians, and it shaped the historical course of Known Space.

The Pact was ultimately handed a crushing defeat by the Avalonian Forces. After the shattering of both Solstice and Ankor with powerful elven magic, the remnants of the alliance broke and fled to the far corners of Known Space. Those unable to flee remained to sign the Treaty of Solstice, which ended the First Interstellar War -- at a terrible cost for the Fomorians.   Of the Pact's nine signatories, eight were spacefaring cultures, and they were forced to give up their starfaring arcanology under the terms of the Treaty. Remnants scattered across Known Space before the Treaty was signed, many still with their starships. Whenever they were found by the Avalonian Imperial Navy, they were treated as pirates.   Some of those remnants went to great lengths to avoid the Avalonians. A fleet of orcish ships under the command of War Chief Elatha, and their families, sought out a world that the elves had not discovered. They settled a hot planet in a previously-unknown system, and named it for their last War Chief and first High Chief. This group became known as the Balorians .   The Solstice Pact thus became the foundation of the Fomorian Empire centuries later, when the Balorians called upon the ancient Pact, and rallied the Fomorians to battle once more in the Second Interstellar War (IW2). 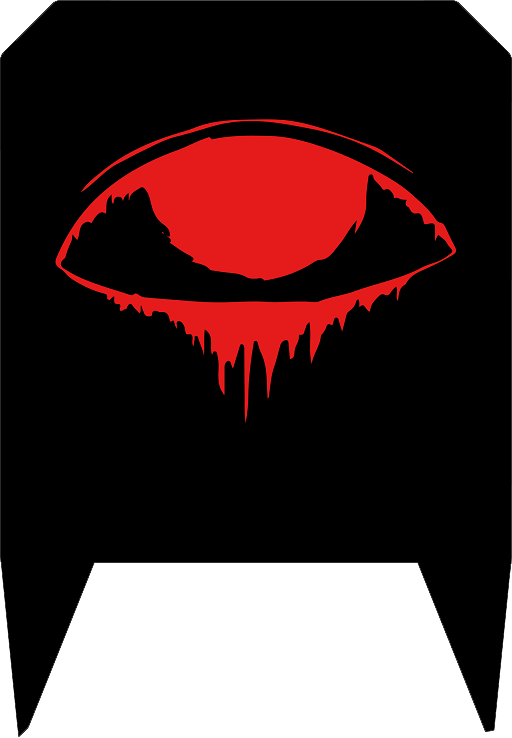 80
The Pact is enamoured of the resourcefulness and determination of this dirtsider culture. Na'Hiith is wise enough to recognize the advantages of their connection with the starfaring Pact members, and get along well with most of them.

55
Harakrryrrsû is well liked by the other members of the Pact. They keep their eyes on the other powers, however, due to size or expansionism.

75
Grunrras is a key member of the Pact, and they work to support their allies.

50
Áststeinn is an asset to the alliance with their powerful warriors. However, the other Pact members worry they will attempt to take over after the need for the Pact has passed.

50
Xocamakche has a good relationship with the Pact as a whole, and serves a valuable function. Individual relationships are another matter.

40
Zjòrrmnóstà's theocracy is dedicated to their faith, so they are often troubled by the lack of faith in other Pact members. Still, the Pact appreciates their ferocious zeal, and their devotion to the cause.

50
The Pact appreciates the advantage that Llûthun's way of life gives them, but gets frustrated with their individualistic ways. Llûthun finds them restrictive.

50
Hrurk-Thronr supports the Pact, but recognizes the other Quadrangle Powers as potential threats.

50
The Pact see Dragan as a necessary evil. Dragan appreciates the protection of the Pact, but doesn't fully trust them.

“‘When war is a way of life, the soldier is always at the ready,’” he quoted from Elatha’s book.   The Captain nodded approvingly. “You’re pretty well educated for a mercenary, Gor’tar Bolvi. But I prefer A Balorian Manifesto myself. ‘We shall trade recklessness for patience, rashness for foresight, and fear for courage. And when the time is right, we shall trade our blood for elven lives.’”

Captain Doomspear, quoting A Balorian Manifesto by Elatha
— To Know Your Enemy by Diane Morrison

Articles under The Solstice Pact

~ Thank you for your support! ~
If you couldn't tell by the elves, orcs, and magic flying sailing ships in space, this is a work of fiction. Any resemblance to people or locations, living or historical, is purely coincidental, with the exception of Alberdingk Onestone, who may actually be an alternate dimension's version of a famous scientist, only as a gnome.
The Toy Soldier Saga is copyright (c) 1995 by Diane Morrison. All rights reserved.
Cover image: Leaders of the Quadrangle by Created in DM Heroes
Character flag image: Fomorian Banner by Diane Morrison
Article template
Organization
World
Toy Soldier Saga
Category
Fomorian Empire
Author
SableAradia
Publication Date
27 Sep, 2020
Creation Date
6 Sep, 2020
Last Update Date
13 Jan, 2022
Visibility
Public
Views
758
Favorites
26
Comments
1
Work In Progress
Tags
Solstice Pact Fomorians Fomorian Empire

I loved seeing all the different factions coming together to form an alliance in this one despite the amount of differences. I can't help but sense a similarity between our own World Wars however. Especially since the Elves hurt the Solistice Pact so greatly that they came back with more vigor.   I am also reminded of the early days of american independence with the formation of this warchief, and how the different nations did not 'have' to rally to the call. I wonder if this is what caused such failure?   I could only imagine how strange it would be seeing such a diverse range of warriors fighting together.   Well done!

Just saw this... and I appreciate how you've picked up on so much of what I have not directly said, here - including similarities to the World Wars, which was a conscious borrowing on my part :D Thanks for the insightful (and complementary) commentary! Glad you enjoyed it.