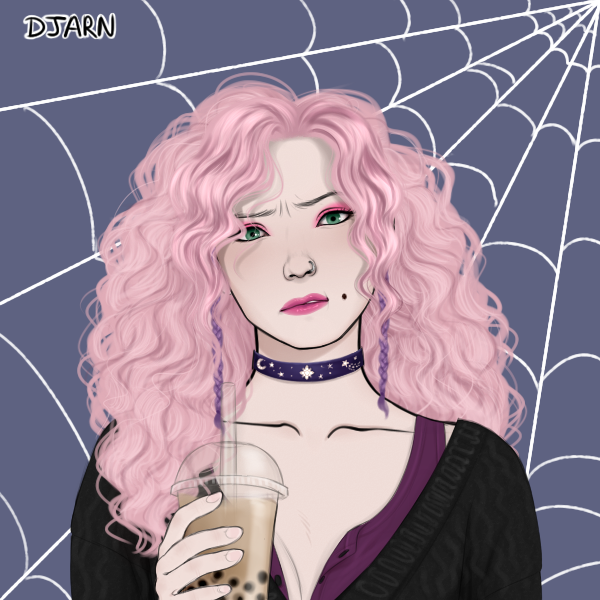 3 raccoons in a trench coat.

When I'm not digging through your trash, I'm writing about witches, wolves, and warrior women, whether in fiction, poetry, or creative non-fiction. Currently I'm a witch trapped in the big city; my hope is to eventually move to a big house in a small town on the edges of the wild, where it will be easy to slip away into the woods on occasion.   I share my life with a husbeast and our assorted collection of books, video games, and DVDs. Aside from writing, I enjoy knitting, crochet, arts and crafts, and committing pixel homicide.

This is the broader world in which my books Bellica, The Jade Star of Athering, and the upcoming Anala take place.   Bellica took me 13 years to write (I started when I was 12), and a lot of that time was spent building up the world. Worldbuilding is a HUGE part of any story I write, but WorldAnvil is the first time I've decided to be so public with it. It's a little scary but also really fun.

I went ahead and created another world to more fully explore the world that Bellica and its sequels take place in. I realized trying to keep it ALL in The Aradian Universe would quickly get unwieldy. So if you're here because you wanted more about the Bellica Trilogy, then check out the Zarqon world.

Yep, I'm well-aware there's a video game franchise with a similar name. Absolutely no relation -- I came up with my series name before knowing anything about the video game.   The Borderlands Saga is probably my most challenging world-building task, to be honest. It's a parallel-universe spanning portal fantasy series in which gods become mortal, mortals become gods, and the laws of physics are more guidelines than actual laws.   None of this was intentional. I plotted Stranger Skies to be a standalone, but partway through drafting I realized it was the first in a who-knows-how-long series. It, like most of my projects, grew exponentially when I wasn't paying attention.

This is a world I'm creating under the name KA Manuwai, as that's my pen name for the books that will eventually be published.   The idea for this world came out of half of my formative years: from the age of 12 to 22 I lived in Hawai'i with my mom and our wolf-dog, Blue.   Yes, we lived with a wolf dog in Hawai'i. That is relevant to the book series.   Wahi Ho'ano is a fictional island set in an Alternate Universe Earth that's very similar to our Earth except for some key historical differences and the presence of quite a bit more magic and mythical creatures.   It's an island in the Pacific, north of The Kingdom of Hawai'i, where mythic creatures of all sorts have made their homes for centuries. It's a bit of a sanctuary island for various mythic beings. It was also a major hub for piracy, and the reason the Pacific was able to have a Golden Age of Piracy in this AU Earth.   The books I'm writing set on this island are going to be paranormal mysteries, and that's about all I'm saying for now.

This is another pen-name project. I'm writing this series under the name KC or Kat Leannan and it will be GameLit. (Less-crunchy LitRPG.)   The Unmade Lands is the setting of a video game. Mostly. (More on that later.)   The Unmade Lands is Earth, just after an event made magic come back to the world. In this case, it literally unmade some places and created new ones, hence the term The Unmade Lands.   Not a new idea, but I hope to put my own spin on it.

Want to chat with me about my worlds (or anything else)? I have a Discord! It's small but chill. Please join and let me know you found the link via WorldAnvil.

The Fifth Element, The Fountain, V for Vendetta, The Mummy

This dates back to the formation of Korlune and Ankoresh; 2000 years before "The Korpes File Series" takes place.

A potion that allows the user to delay emotions. Great for overwhelming situations.

Sisterhood of the Den Mother

The Sisterhood of the Den Mother heals warriors and protects and advances the needs and rights of Orc and Fomorian women and children.