all content, maps images etc. almost all made by me using photoshop, daz3d etc.

You don't have a project for NaNoWriMo 2022 event.!


So, Akimotos (aki-mo-tos) who is he? Well. that would be me, the name is from an old childrens book (1935) My website: true.
Some more details: Born in Amsterdam in 1966, married in 2003 and still happy living together.

The cover image is made by myself on one of the first trips I made to the USA. I did 15 years of military service (veteran).

My real name is Paul Fijma.
Other names i use: Tec (Star Citizen), Tupok, Aktanom. 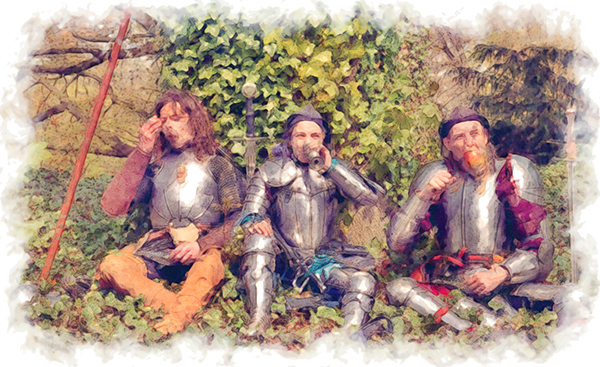 Knights taking a rest... by Akimotos

I have no camera anymore and dont photograph anymore.

Working with Daz3D, Project DEIOS (mapmaking) and other similar tools to add unique stuff to my worldbuilding...

Some films are so bad... and still are on my list, due to something i really enjoyed. for example: 'Dragon Crusaders' where i really like Cecily Fay as Aerona, a female warror.

clue what the film was about, but her skills... awesome! I love her fighting style. Skilled in singing, dancing and ballet. She is also trained in the martial arts of Silat Melayu.

I also love many animated movies l like almost all of sudio Ghibli, but also Dragon Hunters (2008, animated) is absolute a great movie.

After that i was hooked on Sci Fi books. (loved Perry Rhodan up until ep. 222, then it was repeating itself.)

great story in 'Day after Tomorrow' by Robert A. Heinlein. m.k.wren (phoenix rebellion)

There are more... but i can't remember titles i learned about slippery jimmy degriz instead. I dont like the new sci fi books as much.

Space games like privateer, star citizen as i am always searching for the next best game to have fun with friends.

This was not the place for a concert. The bard kicked at the stonework. A royal hall, an arena, a theater, or even the gaming fields would be better.

Ligea- Daughte of the Sea. An artist with a luring voice.

A prolific songwriter with a biting sense of humor and a penchant for social commentary, Roway was cursed by the goddess who loved her to live for just twenty-seven years in each iteration of reality thereafter.

So this is how this whole story of Dark Lord and epic Questing Party to defeat him started: with a prophecy as is proper...

Sonos Virens Ulrot is the most famous living composer of Deep Dronology from Deepmot. He has been writing and composing for nearly 300 years and is the favoured court composer for the Empress Nolno Vengassi

An album of filk songs written, recorded, and filmed entirely within the November 2021 Game of Tomes event