Jack is the Alpha Heir of the Winter Moon Pack. While he can be a stubborn wolf, he is kind and respects those around him. Everything he does is in regards to making sure his pack is happy, safe, and flourishing. There are times where he has a habit of not expressing himself, which leads to miscommunication between his family and his mate, Kěith Cheonsa.   Every chance he gets, he attempts to prove his worth, whether he is an Exotic Pet or taking a day to practice being an Alpha. Jack is a good person and always seeks to help others, including giving the shirt off his back if need be. While he can be nice, Jack also struggles to forgive the vampires after all that they have done to his family. Even the infamous Wolf Slayer can't earn his forgiveness, especially after taking his pop-pops, Rider McClain, away from him at such a tender age. 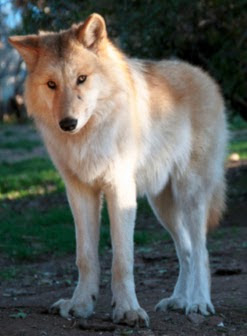 Zeya by Leah Horstman
As every wolf has an inner wolf, Jack's would be Zeya. There are a few notable clues as to why this inner wolf is so special. The first would be his golden pelt. Only two known wolves have ever been born with a golden pelt, Jack/Zeya and Rider McClain. Due to his golden pelt, Jack is considered a rare oddity and many vampires wish to claim his pelt for their own.   Zeya can be defined as brash and always down to flirting with his mate, which leads into heavy dirty talk that causes Kěith to become an absolute flustered mess. He quite enjoys the look on his mate's face when he starts to flirt and will increase the flirty until he knows that his mate is puddy in his paws.   When angered, Zeya is a force to be reckoned with. He does not control his tongue, especially toward his elders and more importantly, toward the vampires who hold him captive. The second he sees his mate struggling emotionally, he becomes overprotective and is willing to rip the head off of anyone who hurts him, and just like any Alpha, Zeya abhors the sight of his mate being injured or even attacked. There is no execuse to justify hurting his little mate.

Jack means "God(dess) is gracious". Terrance means "of unknown meaning." McClain means "son of the servant of Saint John", who is believed to have come from Hector Venetianer in the 13th century.   Zeya roughly translates to "source of light or radiance," in Islam or it can translate to "success" in Burmese.

Jack is helpful towards his pack, and will be difficult to persuade otherwise about it. His feelings spring from the desire to do right among his pack members. The Alpha Heir admires his dad, and feels strongly about it. They rarely fight and always seem to have each other's back. Sometimes, Jack wonders if his father knows about his secret of being gay. Family has always been important to him, which is shown in how friendly he is toward those he considers family. This includes all his adopted siblings, his dad, mom, pop-pops, great-grandparents, and mate (after learning to give him a chance).   Once he is bought by Kěith, Jack reveals just how cold he can be. He is extremely antagonistic toward Kěith, and while he is slightly confused about his urge to flirt with his mate, he struggles to not act upon these feelings. His personal prejudices against vampire-kind have left him unsure of what to think about his mate. While he knows he begged Bavara, the Moon for his mate to accept him and love him when he was really little, Jack now remains conflicted as his mate harbors a dark and terrible secret. Though, this hasn't stopped Zeya from acting in a highly flirtatious manner toward Kěith.

You can easily catch Jack out on the farm taking care of the animals and tending to whatever else needs to be done. He may also be in the fields, if the job requires it. Or he could be working on a broken fence or section of the barn that needs repairing. But his best hobby is horseback riding. By the age of four, he knew how to saddle a pony and then, at the age of twelve, he could saddle a horse. He is also fantastic at taming wild horses and even training new recruits on the ranch. 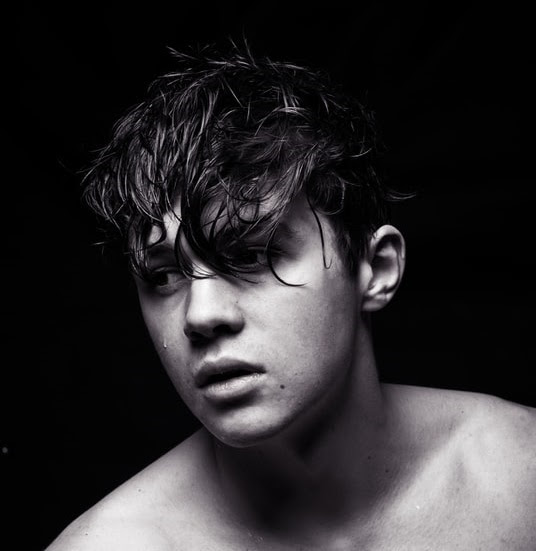 Jack wants to help free his friends from the empire and is willing to hire someone to do it.

Collar:
Silver with a howling wolf etched into it on either side of the chain link

Affiliated Organizations, Secondary:
Moonlight Expanse
Children
On Kruqesk 20th, during a harsh icegrasp, Jack was born to Lucian McClain and Suna McClain. Jack seemed to radiate a cool, frosty energy around him, covering the windows in a thick ice and turning the nurse's hands blue. All that could be done at the time was keeping in him a crib and calling for a witch specializing in water magick. When the witch tested him, they discovered that he could do a variation of water magick known as ice magick. Though, it was later discovered that he did not have ice magick, but instead, a play off of moon magick with a frozen twist. It remains unknown why he has these abilities.   When Jack was three-years-old, he received his inner wolf, Zeya. The two got along extremely well, leading to plenty of trouble a little toddler could only get himself into. At five-years-old, Jack met his childhood best friend, Minerva Dre, at the WMP Nursery. Together, they were inseparable and a lot of the pack members wondered if they would eventually growup to become mates.   Around the time he turned eight-and-a-half, Jack had been playing with his brothers when he discovered a ghastly scene a short walk away from the pack village outskirts. The image was forever burned into his memory for finding his pop-pops' corpse. His pop-pops was skinned alive in his wolf form, so that only his muscle was showing, glistening under the heat of the sun. Carved into his body were the letters "WS," indicating that Wolf Slayer killed him. This was the moment that Jack vowed to stop all vampires that crossed his path.   About seven years later, Jack was captured at the age of fourteen-years-old by rogues that desired to break a young Alpha Heir. They first broke his back leg as they began torturing him. Soon, he found himself rescued by the crown prince of the Itude Empire, Kěith, and the crown prince's bodyguard, Syus Nightingale. He was brought back to his pack territory, where he told his father that a vampire rescued him. His only crime was not telling his family who it was.   A few years later, on Sihm 5 of 2016 EoL, Jack was abducted by vampires from his territory (known as the Winter Plains Region) and tortured viciously. They injected him with silver, injected him with other random liquids, slashed and stabbed him, beaten with fists and blunt objects, and also injected with diluted wolfsbane to suppress his wolf. On Totosius 8 of 2016 EoL, Crown Prince Kěith bought him as an Exotic Pet. At the time, it was the only way to save his life.