Lucian McClain leads the Winter Moon Pack as its Alpha while navigating a treacherous war. He rules over the pack with his mate, Suna and their children. Jack is their biological son, whereas Seán, Destan, Bryant, Ciera, and Trevin are their adopted children. As the leader of the pack, he must keep up his appearances so that his pack mates can count on him to keep everything in check.   With such heavy burdens weighing on his shoulders, it doesn't come as a surprise that Lucian can barely keep his sanity. Currently, Lucian is bogged down by the knowledge that Jack has been captured by vampires and is unsure if he'll ever return home safe and sound. But that is a bigger plea that one could ask for.

Dad barely uttered the word as he looked up from his paperwork. His eyes misted over as his hand dropped the quill he was writing with.

Jack returned, a grin spreading across his face while he nodded.   Tears welled in his eyes the second Dad's chair was knocked back and Dad embraced him in a tight hug, their arms wrapping tightly around one another. They clung to each other like lifelines. Jack breathed in Dad's scent, the musty oak trees with whiskey tingling his nose hairs. He chuffed at the warmth circling him.   He truly was home.
— Jack returning home
Blood Bound, Bound Series book 2 scene snippet 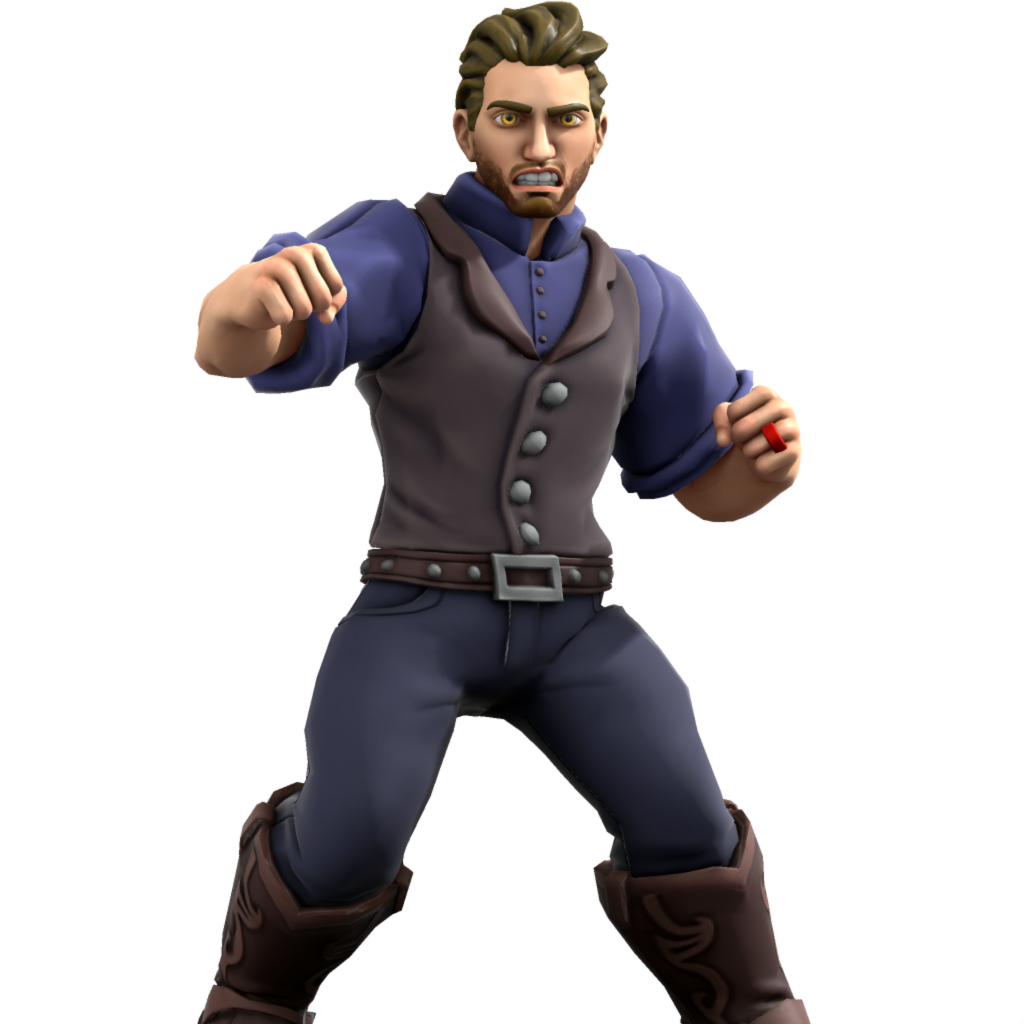 by Amelia Nite (Hero Forge)
Lucian is known to be kind and thoughtful, putting lots of effort into his work. He never dreams of leaving his pack mates to suffer and puts them before himself, unless Suna is in danger. He also never leans on anyone to support him unless all over avenues are exhausted.   There are times that Lucian can be resourceful thanks to his smarts and studies of nature and the history of his homeland around him. He takes great care to ensure that the pack grounds are safe and that no vampires are able to locate the pack. This usually comes in the form of organizing scouting parties that is sometimes participates in.   Of course, Lucian can also be compassionate, innovative, and understanding, which is highly unheard of for an Alpha. Throughout the history of the Moonlight Expanse, all emotional problems were shifted over to the Luna of the pack, yet Lucian believes that a man should be able to express his feelings and help out whenever needed, and also not be afraid to cry in public.   Family is one of the biggest points in his life, which tends to draw out his bravery whenever they are in danger. After Jack was captured by the vampires, Lucian has not stopped searching for him. Nearly two months have gone by since then and he's looks and acts like a changed man because of it. His family is in danger and nobody is going to stop him from rescuing his son! While he is overcome with emotions of regret and self-blame for letting Jack wander so far from the pack grounds, he still works hard with his leadership skills as an Alpha to provide the pack with much needed security. Lucian can command his pack without any fear of negative backlash to come.   Now, nobody's perfect, of course.   Lucian can sometimes be shallow and careless when he lets a task overtake him. The same thing goes when he's pushing down his feelings. His closest friend and Personal Omega, Austïn Lén King, nearly left the pack because of the strain in their friendship. As a result, Lucian nearly died from being distracted by his own guilt and suppressing it during a rogue attack.   When riled up, his hot-headedness and stubborness can cause arguments and sometimes, it can lead to a brawl with one of his Warriors or even his son. Fortunately, his resourcefulness is usually there to soften the blows.

Lucian constantly pretends that everything is okay, but that is far from the truth. Besides certain secrets he keeps close to his chest, Lucian has faced difficult tasks as Alpha. He wants the war to end, especially after his pops' death at the hands of Wolf Slayer. It certainly didn't help when Jack was the one to find pops dead. Lucian partially blames himself for this as his pops had gone missing and he let his pups play outside without supervision. He feels as though his pups could have easily suffered the same fate if Wolf Slayer had stayed behind.
Available only for those writing the Bound Series. If you are a participant in the correct subscriber group, special notes will appear below.

Lucian's job requires him to be on call 24/7. While he doesn't mind keeping busy and helping out the pack with whatever needs fixing at the moment, he does enjoy being the head rancher of the pack. As the head rancher, Lucian takes care of the cattle, sheep, and horses. He requests hardworks to be at his side, including his kids, if they're up for the task. He may also be breaking in a new recruit if Jack is not up for the task, or on the training fields, helping to toughen up the Warriors, Hunters, and Scouts. 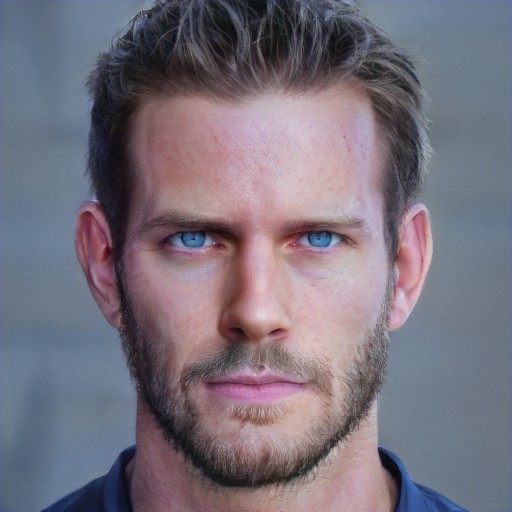 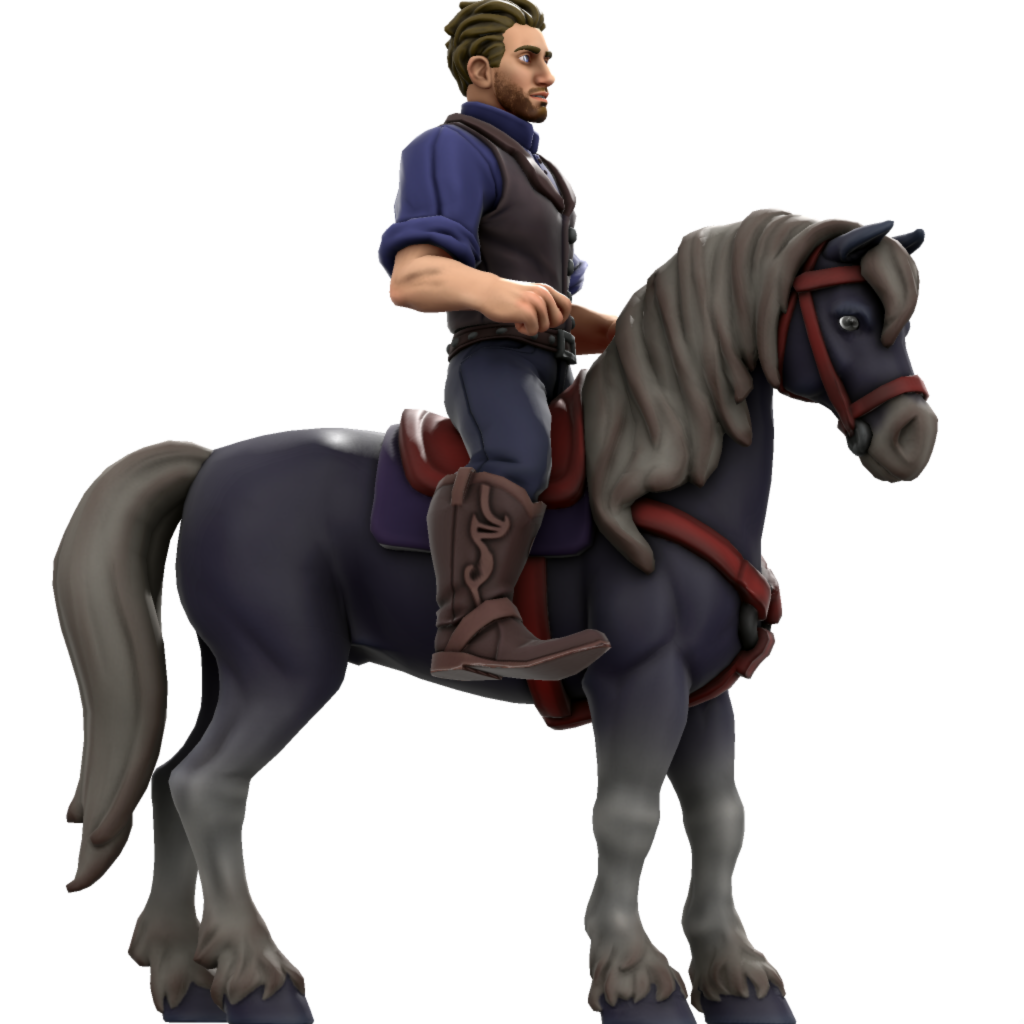 An Alpha always needs a few hobbies to keep him entertained during his rest hours. Working the ranch is obviously the quickest one to point out, as well as horseback riding. Although, he does enjoy fishing and grilling. Sometimes, he'll go for nature walks near the Luna Grove, but you can be sure to catch him on the farm every day, starting at sunrise and lasting until duskfall. 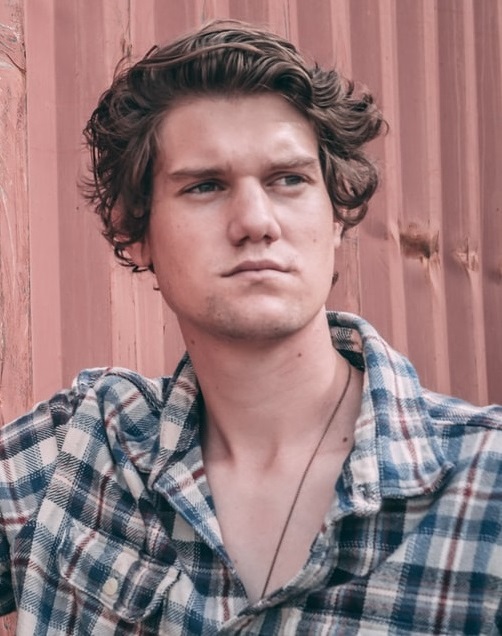 by Jordan Koons (Unsplash)
Every Alpha is allowed a Personal Omega to work for them. In some cultures, one might see an Omega as a slave, which they can easily be but for the Winter Moon Pack, the Lucian values the Omegas as pack members and never forces them into something they wouldn't want to do. They also get paid. As for a Personal Omega... Alphas are busy so much that they sometimes require a little help organizing and planning. That is where a Personal Omega comes into play. Their work is considered equal to that of a secretary, and Lucian sees his Personal Omega in the same light.   For the past 22 years, Austïn Lén King has worked for Lucian, providing him with any information he could need to help move the pack along. He also writes up reports for Lucian to look over and address. Austïn's loyalty knows no bound as he truly believes Lucian is the best person to have entered his life. He is overly protective of Lucian and will stand up for him if pushed to the brink. However, Austïn knows his place and won't put his Alpha in a dangerous place.   Over the years, the two have developed quite a great friendship, with Lucian becoming distressed whenever Austïn is upset and when Lucian needs someone to talk to, Austïn is there for him, regardless of the time or day. 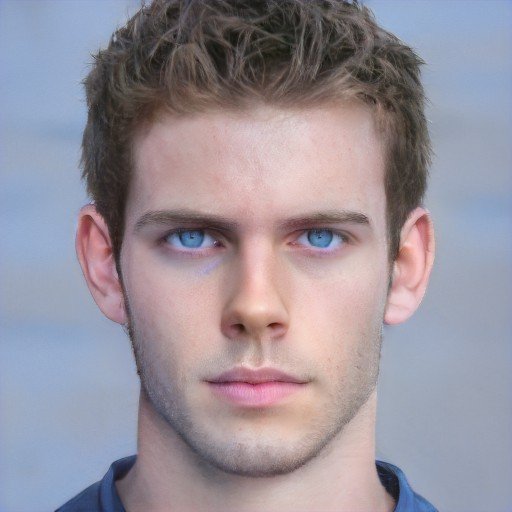 by Amelia Nite (Artbreeder)
Born to Rider McClain and Nacrissa McClain around the middle of the 1973 EoL, Lucian lived a peaceful childhood without many regrets. By the time he was ten-years-old, Lucian knew he was different. He did everything to keep it a secret, but his best friend, Suna, found out about it. his fear of being ousted by her nearly drove them apart, but she was determined to prove that she did care about his differences. They were best friends and that was that. Suna merely teased him, but let him know that she would keep his secret from thereonout.   Lucian began his Alpha training when he turned thirteen, similar to the other thirteen-year-olds in the pack. Yet, his training was more rigorous and left him tired and unable to move by the end of the day. Around this time, Lucian started taking scouting tours, one which ended up with him battling a few rogues. This was the first battle Lucian ever had ever fought without it being considered training. He won the battle with ease and grew quite popular with the she-wolves of the pack after that. Soon after, rumors of Wolf Slayer roaming through the pack had him on edge. He wanted to make sure the pack would be safe, so he attempted to find the serial killer. Fortunately, his pack mates dragged his back to the pack.   At eighteen years, Lucian was made into the Alpha of the pack with Suna taking her place beside him as Luna. Together, they made new vows about being transparent with the pack and forging a future that would further help the werewolf communities and hopefully put an end to the war.   Seven years into his Alphaship, Lucian was traveling through the pack when he came above the Majestic Trunk brothel, where he discovered Austïn and found solace in being around him. Lucian appointed Austïn the role as his Personal Omega. It was only three months after that when Jack was born. His birth was celebrated among everyone.
Three years later, Austïn and Lucian's friendship was tearing apart and Austïn left to join the Blue Desert Pack. Lucian tried to win Austïn back, but after realizing how much he hurt him, relented and allowed Austïn to go. Nearly a month after the fact, rogues attacked the pack and Lucian was forced into a battle he mentally wasn't ready for. While fighting two rogues, he heard a pup's yelp behind him. Lucian turned to defend the pup to see Jack trying to fight alongside him at 3-years-old.   As Jack laid on the ground, bleeding from a gash on his back, Lucian went into a frenzy and killed the rogues, but not before sustaining terrible, life-threatening injuries. Austïn quickly returned to the pack during the aftermath of the event, sensing something horrible had happened. With Suna's help, Austïn was permitted to stay by Lucian's side and help him heal up. The two of them conversed and clearing up any bad air between them.   When Lucian reached thirty-four years of age, his dad, was murdered by Wolf Slayer and a young eight-year-old Jack found his dead body. Lucian has since vowed revenge against the slayer and he has trained his son to fight with all the fury he can muster against the vampires.   As of now, Lucian is ready to retire and for his son to become Alpha. But first, he has to get his son back from the vampires after Jack was taken captive during the Assault Of Tribulation.
Available only for those writing the Bound Series. If you are a participant in the correct subscriber group, special notes will appear below. 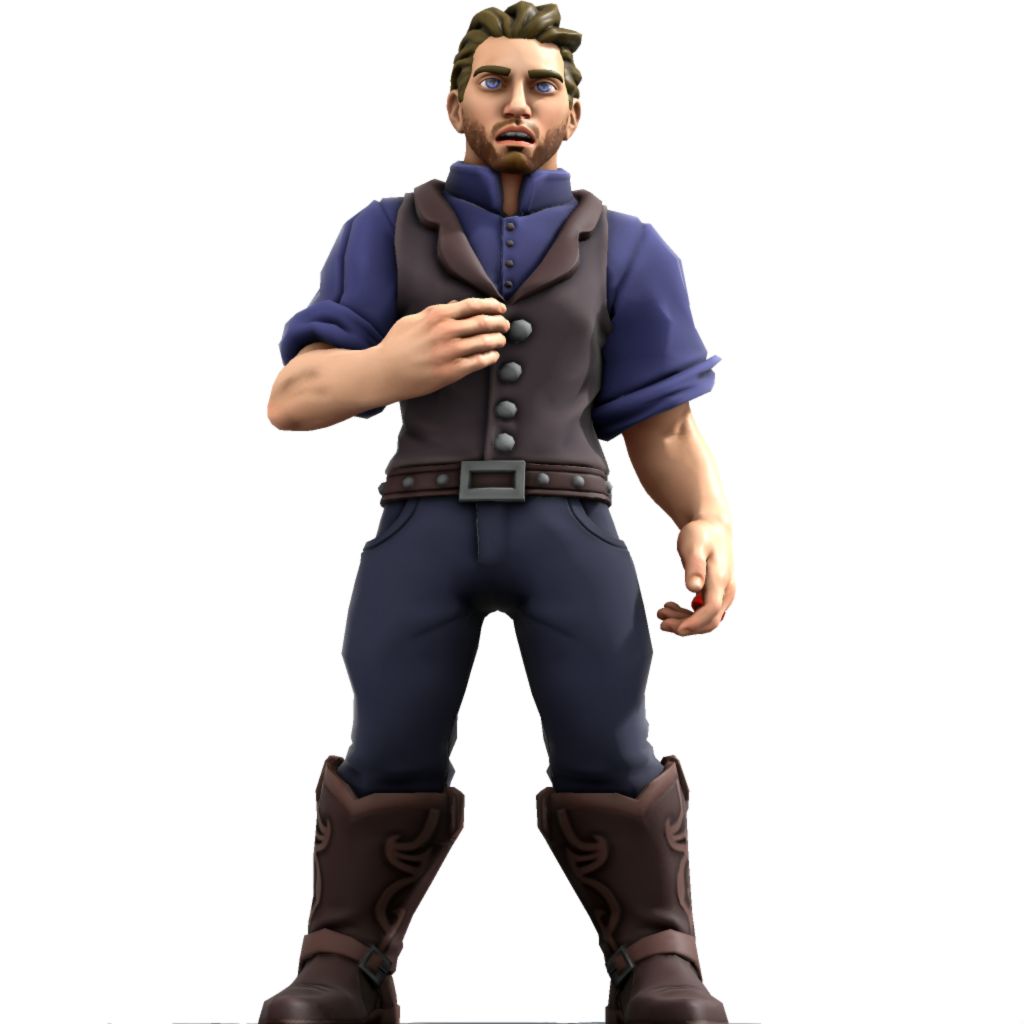