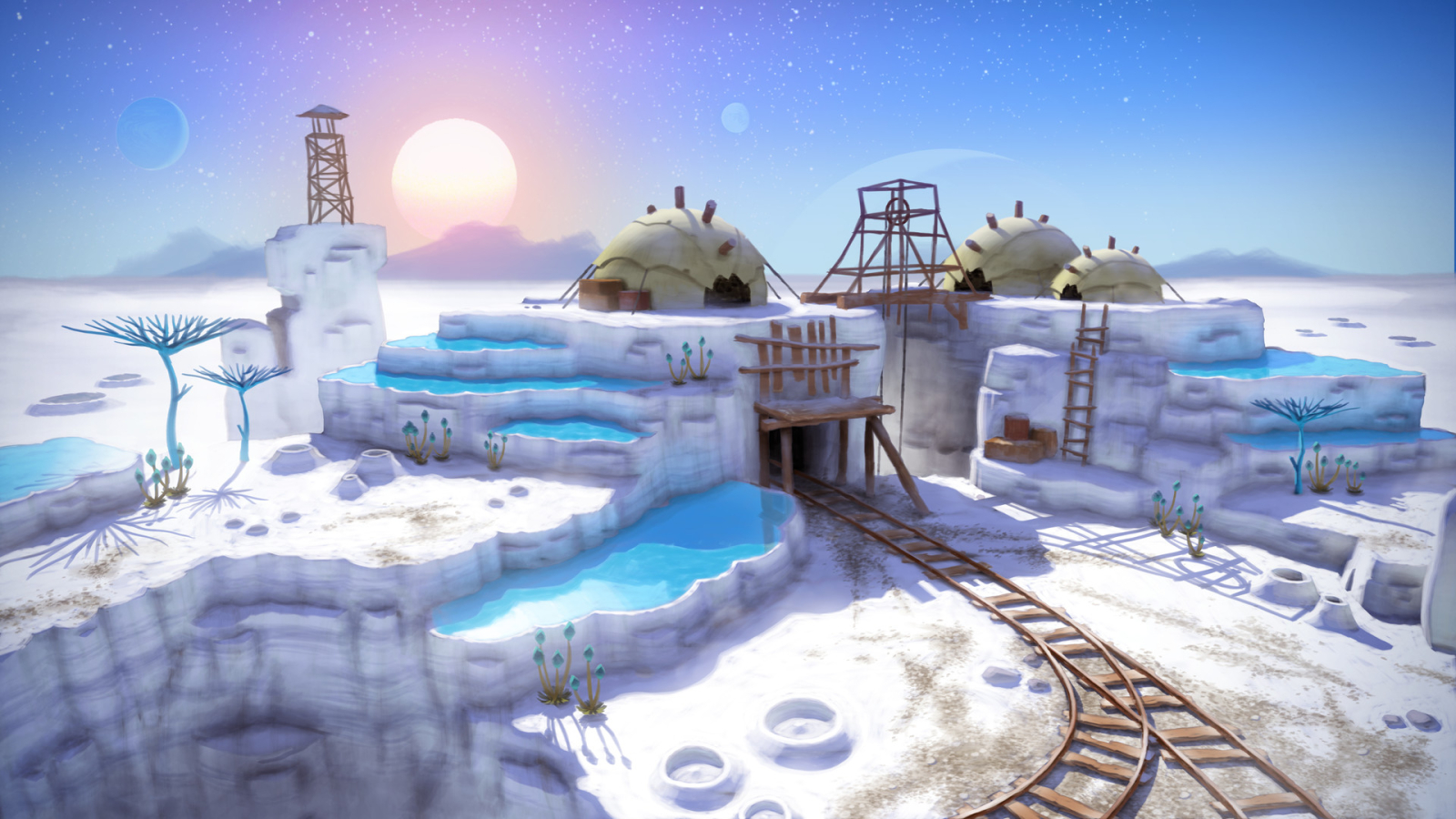 It is via salt, that the common people can go about their daily lives. People by the lakes can cheaply take salt baths which allows them to inturn manipulate salt particles for domestic tasks and as weapons for war.   It is commonly believed that magic can only be communicated through transmaterials like salts, glass, memory and gum. Proficiencies and capabilities increase inside magic enabling places such Brine Marshes, Mist Valley and general Hexes.

Much like all times before and since, the Gods have made and remade men as often as they have made and remade the sun. With the dying of the Red Sun; Ehecatl, the Crippled One, was raised to the Violet Sun to take Tlaloc's place. And in his honor, the new men were grown from corn seeds and they flourished. But as before; when a sun dies, calamity strikes the earth be it fire, wind or quakes. For the end of the Red Sun Era; there was a second seeding of huge rocks falling from the sky to upturn the earth for the new corn men.

In the midst of the great lakes; lies a small, oddly shaped white island of mixed sand, salt and wanu built up over centuries. This unprepossessing place sits at the midpoint of the coco route to Krix and is commonly a place of rest for rowers. Most would never think twice about mass of white rising one rod out of the waters and is about one third the size of Sangsalgu Proper. It's a place of crabs, migratory birds and wild tobacco dusting the interior.

Crabs: White and brown crustaceans who swarm over the land to mate and lay eggs every year.   Coconut Trees: A type of palm tree that grow along many coasts, but in Salt Docks, the ground had to be specially manicured to desalinize the soil. Regardless, nuts grown here are tasteless and induce soft headaches when consumed, but this is negated when they are turned into coconut oil.   Birds: Seabirds, shorebirds, and passerines frequently nest, roost and hunt in the surrounding habitats.   Century Cactus: It has a spread around 6–10 ft with gray-green leaves of 3–5 ft long, each with a prickly margin and a heavy spike at the tip that can pierce deeply. Near the end of its life, the plant sends up a tall, branched stalk, laden with yellow blossoms, that may reach a height twice that of a man.   It's growth is continued, however, by suckers or adventitious shoots from the base. It is often found in hot climates and where drought conditions occur.

Wanu: Different seasonal birds have migrated to this patch of land for centuries and have excreted tonnes of waste useful as fertilizer   White Salt: The most basic and common type of salt for use in salt spells.   Cactus Needles: Plucked from the century cactus for use in manufacturing textiles, as tools in medicines and tattooing.   Pulque: An alcoholic drink made by fermenting the sap from the century cactus.

Kingdom of the Docks

At least, from today 1000 years ago something strange and fascinating happened. It was here where freak accidents of war and revolution stranded 100 men and 1 king for 3 long years.
— as stated in the Parables of the Dark Prince

We are not sure from where, but three covens and an attachment of wights made it to the island of Salt Docks and slaughtered its few inhabitants. During the reconquest of the Tenula Peninsula, they left for Salt Side of their own accords.
— report from the Religious Bureaucracy to the Council of Four

Build atop the island's jaggered high point on its north western edge; it is a single drum tower made of burnt brick and covered in tar. The drum is fat and hollow for use by the tiny garrison, but always appears to be more worn than the surrounding squat civilian buildings that house travelers and plantation managers.

The majority of the island to set aside to growing century cacti to make pulque for noble consumption.

The decedent tobacco seeds, that those followers of the molten king carried with them, still scatter and sprout from the ground and yield a queerly flavoured variety. Merchants and rowers in particular wander in the island interior to freely pick and smoke a pipe on the shore until the time they leave.

Geographic Location | Jun 5, 2020
On the western horizon, the coast of Salt Side resembles the mossy haze of a green sun.

To build a history for people to get lost in.

To create a "Castaway" scenario in a mesoamerican setting.

It is via mining for salt, that the common people can utilize magic to ease their daily lives. People by the lakes can cheaply take salt baths which allows them to inturn manipulate salt particles for domestic tasks and as weapons for war.

World is culturally and physically colourful full of many opportunities to die.

Depending on societal status, characters might have affluent abilities but, even, then, most would be greatly impacted by environmental factor outside anyone's control

Salt spells are most prolific in the hands of women, with rare men also able to become prolific.

It sits at the center of a major trade route and is a common resting place for weary canoe rowers. Century cacti is widely grown here to trap them and also its high salt soil content is ideal to their growth.

Salt Docks is an island so isolated, that it has not known much conflict. But when it does, it is disproportionately violent.