Sangsalgu was erected on tiny stony islands. Those islands had a limited supply of drinking water, so an aqueduct was built to carry fresh water over the lake from springs at Ocumtit on the mainland. Flooding was a frequent occurrence, since the city's founding which became really problematic with its rapid growth. So a long wall/ embankment was built to prevent flooding from the saltiest side of the great lakes.

The construction of dike took began with double timber pilings being rammed into the bottom end of the lake by winching up a large stone and releasing it, thereby driving the supporting posts (or piling) into the lakebed. At the most opposite ends; pilings were slanted and secured by a beam, and multiple segments of these then linked up to form the basis of a pseudo-bridge.   Thousands of grass tree trunks were similarly driven into the depths of the lake bed all along the planned route and the spaces in-between filled-in with huge boulders, and layers of gravel and sand, finally being topped with planking along the length of the dike. Dirt was then piled onto the plank layer to create an area for grass transplanted from Dragonsgrave to grow and to make it easier to traverse.

The Grass Dike is fairly open to the public. The land entrances on Tenayuca and Coyoacan open onto extensive road networks for people to travel through at will. Also, along both lengths of the dike, canoes and rafts can latch onto the sides to allow people step atop and walk along the dike.

Species | Jan 19, 2021
The banks of the Salt Side facing length is also a place where wild and tame mace turtle like to beach themselves and sun bathe.   Scatterings of Eos and flightless birds are also placed along the walkway to maintain the growing grass. They also act a source off meat to supply the garrison stationed on Salt Docks.

Separate upstream pilings were used as protective barriers against flotsam and possible attacks while guard towers protected the entries. The length of the dike is been estimated to be roughly 150,000 to 200,000 feet; and its walkable width 23 to 30 feet. The depth of the lake bed can be up to 30 feet in some places, and the pressures exerted on it, particularly after heavy rains convince maintenance workers to drop extra boulders into the foundation for extra security against breaking.

The Sang leader who started the Sang's first great public works project, newly liberated after contention with Ocumtit. The speakership was not yet great but Cranotuilloil convinced many foreign states to contribute to the massive undertaking: The Teiks and the Teeks, the peninsula peoples on Coyoacan and Colhuacan, even the scattering of Mist Men who lived on Tenula.

During the Green Battle, the dike was virtually uncontested as the Tinged used it to circumvent the core of the defenders and attack the Sacred Precinct directly. And served as their means of retreat when their machines failed. 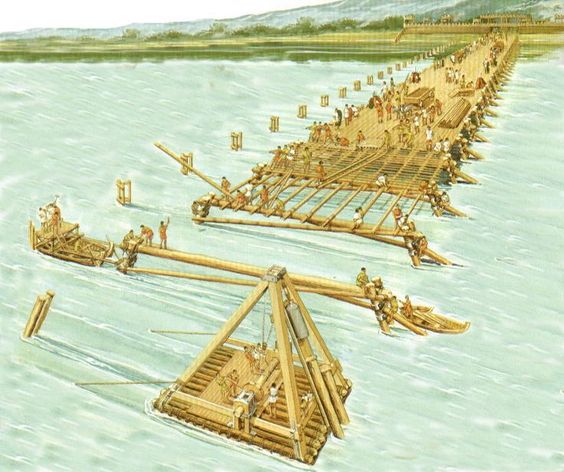