Not quite a sea port on the southern coast, Esterholt is still a large trade hub and a flourishing city. The city is dotted with large estates, an extensive market and a shop for every need. It is well known for having the largest orphanage on Ellara and is home to the Temple of Kord.

Show spoiler
Arc 1
In years past, Esterholt was home to an extensive criminal element, a murderous blood mage and a Mayor naive enough to make it all worse in the name of progress.   Christina Keller was acting Mayor and attempted to clean up the city by inviting another criminal element in to clean up the city. Sariff came on behalf of House Silverclaw but decided to take the city for himself. He did rally his troops against the other criminals but also eventually murdered Mayor Keller.   A group from Overdale/Overwatch had been in the city and ended up in a conflict with Sariff. It turned out that Una Anhelada was his daughter, as was Julie Fairway.   When dragons attacked the city, disputes were put aside and a tentative truce was called.   Not long after, a new Mayor was chosen in Jadzia Grace. She smartly chose Sariff as an adviser, while keeping herself protected by her husband and bodyguard Vallus Grimnas.   Arc 2
After discovering that a cult group called the Order of the Scale planned to resurrect Straad in Odysia, Esterholt sent a powerful group of individuals to stop them.

The Mayor is in charge of the city, usually with a partnership to the Temple of Kord. 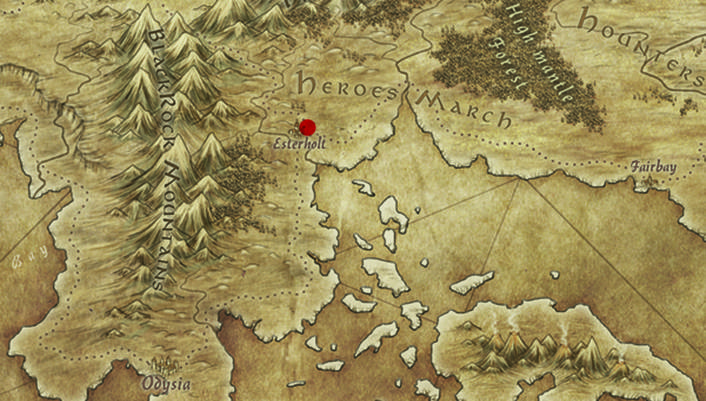