Vallus is an imposing figure, to say the least. Towering at nearly seven feet tall with jet-black hair and eyes, he is the very picture of the demon monster many people assume tieflings to be. That combined with his love for fighting means that he has not done much in his life to circumvent the stereotyping that his species suffers. He is covered in battle scars, and carries with him a weapon as monstrous as himself- a bear trap attached to a long, thick, heavy chain- The Kettenhund.   While his brother inherited quite a silver tongue and a personality that oozed leadership, Vallus has always been more of a follower. He stands in the background, thoughtful but quiet unless he feels the need to speak out. Oftentimes he finds others affairs more tedious than interesting, and feels little need to comment. He’s been betrayed and heartbroken, and though he may not voice his frustrations often he hates the stigma of his brother that he and his mother must suffer through. Fighting is his passion. He does it well, and the thrill of the fight drowns out his thoughts. 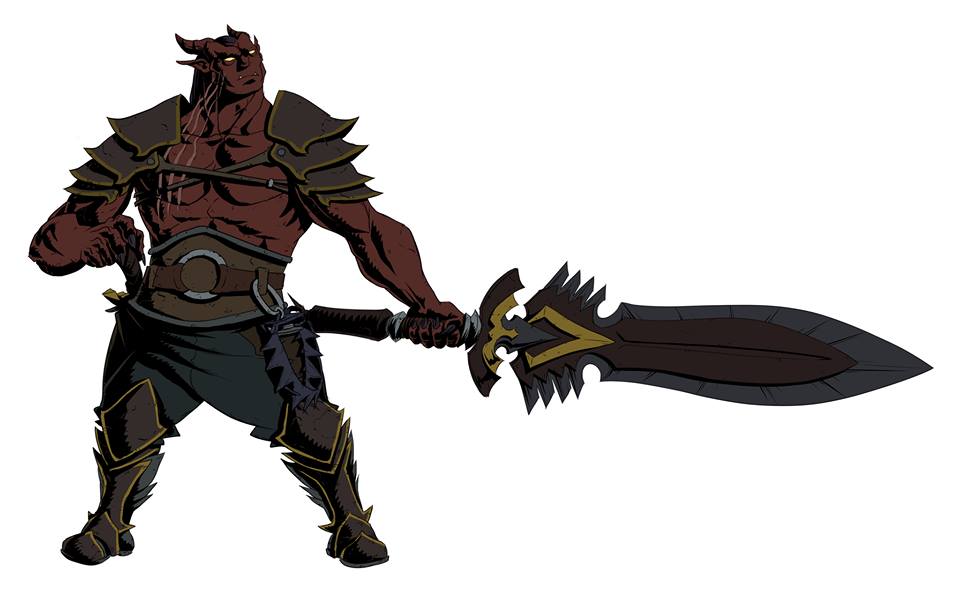