The battle at Paragon Networks was over, but it only raised the stakes. For Wyldfire, SAFEGUARD’s unexpected appearance wasn’t entirely welcome, but it was timely.

Using SAFEGUARD’s additional resources, evidence of Wyldfire or SAFEGUARD’s involvement was erased. In it’s place was a plausible story where Titan Securities stopped the Card Shark gang and possible corporate espionage on the part of Oscorp Industries.

As for the two Kryptonian Sentinel Troopers, they were quietly spirited away by SAFEGUARD for a trip to the Vault, the maximum security facility for meta-powered criminals. SAFEGUARD had some hard questions for them about the shadowy Society of Rao!

But that would never happen.

Meanwhile, high above in a SAFEGUARD cloaked jet, our heroes rest and recover. Using all the resources at hand, they are working to trace down that copy of Oscorp research data that left Paragon Networks. Their hope is with that data are the last of the missing meta-humans taken from New York!

Little do they know that right now, in a secret laboratory, that same data has just been delivered into nefarious hands. Is it the Society of Rao? Ocsorp scientists looking to perfect their mad Project Protector experiment? Or… is something far worse?

Hang in there, True Believers, for our heroes are about to make some waves in this case! Will they find that laboratory in time? Can they put the last clues together to stop the plans of Oscorp, the Society of Rao… or both?

Strange rumors send the Wyldfire team to investigate a modest and nondescript Oscorp Lab building on the southern edge of the Metropolis Research Park. Sources suggest Oscorp has some connection between five missing ooze victims in New York and a shadowy bio-genetic “special project” for “life enhancement”.

This is compounded by the fact that Oscorp is one of the companies studying the mutagenic ooze from the New York.


The plan, to use a "Bloodmobile" and administering company sponsored vaccines to the employees, went off without a hitch. Medkit and Dr. Blake provided cover, while the others searched the building. In no time, the search turned up:


The team has liberated one of the missing kidnap victims, research samples, copies of research report data, and a Kryptonian Tri-comm being used by Oscorp! As a bonus, they recovered a mysterious ‘replicant’ type android made from a mysterious polymer.

They know from a surprise ally in the form of an Oscorp Field Tech, that the other kidnap victims have been taken to a location in Jersey, an off-shore platform, or both!

And then, there is this “Dr. Joara Zarn-Del”, a scientist from New Krypton who seems to be the silent partner in Oscorp’s current escapades. What is her stake in this? The team doesn’t know, but the clues suggest something sinister.


A little tech help from ShadowStar pointed the team at a mild-mannered data center in Atlantic City, owned by Paragon Networks Ltd. This unassuming location was not only housing several actively used servers by Oscorp Industries but also was renting warehouse space out to Oscorp!

After the clever use of false IDs, the team has made their way inside the building. Using their clever ruse, they have uncovered that Oscorp Industries is renting the warehouse for their own nefarious purposes.

Also, Oscorp is not alone! They are working with an extra-terrestrial threat. The mysterious, and fanatical, Society of Rao! Kryptonians bent on returning to the “Kryptonian Way”. A philosophy that caused the doom of their original homeworld!

In Atlantic City, things got dicey!

Card Shark, in a desperate bid to steal the valuable high tech designs stored in Paragon Networks, staged an ‘office invasion’. A desperate move since all other digital methods of theft had failed.

But he didn’t count on Wyldfire being on the scene!

Quick as a flash, the Wyldfire team took the bad hand dealt them and turned it around! With a little help from SAFEGUARD, they stopped the digital designs of Card Shark all the while freeing another captive from Oscorp’s clutches.


As a bonus, thanks to the quick thinking of Dr. Adel Urda-Na, the team has a lead on where Oscorp and their Kryptonian allies might have sent a copy of the meta-power research. The same location where the rest of the missing meta-humans might be held!


They gained no new information about how deep Dr. Zarn-Del is involved. She could just be a silent partner. But she could also be an active participant in this ill-advised science!


And last, but never least…

Articles under Specter, Chapter 7: Heroing Hard on the High Seas

Tales of Justice is a work of pure, unabashed fiction. In fact, it considers itself rather heroic and quite proud of itself. Names of characters, places, events, organizations and locations are all creations of the author’s imagination for this fictitious setting.   Any resemblance to persons living, dead, or reanimated is coincidental. The opinions expressed are those of the characters and should not be confused with either of the authors, since the characters and authors tend to disagree a lot.   Unless otherwise stated, all artwork and content are © CB Ash and Jarissa Venters, 1993-2022, All Rights Reserved.
Original CSS "Comic" theme comes from Oneriwien but has been adapted/modified and expanded by Kummer Wolfe
Article template
Plot
World
Tales of Justice
Author
Kummer Wolfe
Publication Date
2 Feb, 2022
Creation Date
1 Feb, 2022
Last Update Date
24 Apr, 2022
Visibility
Public
Views
113
Favorites
6
Comments
1
Work In Progress
Tags
specter of peace wyldfire 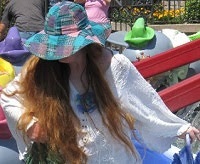 I think he was okay -- he didn't look dead when they shot him!
— Dr. Steven Reynolds as Cameron Cunningham, Shipwrecked Yacht Survivor, on who attacked the bachelor party