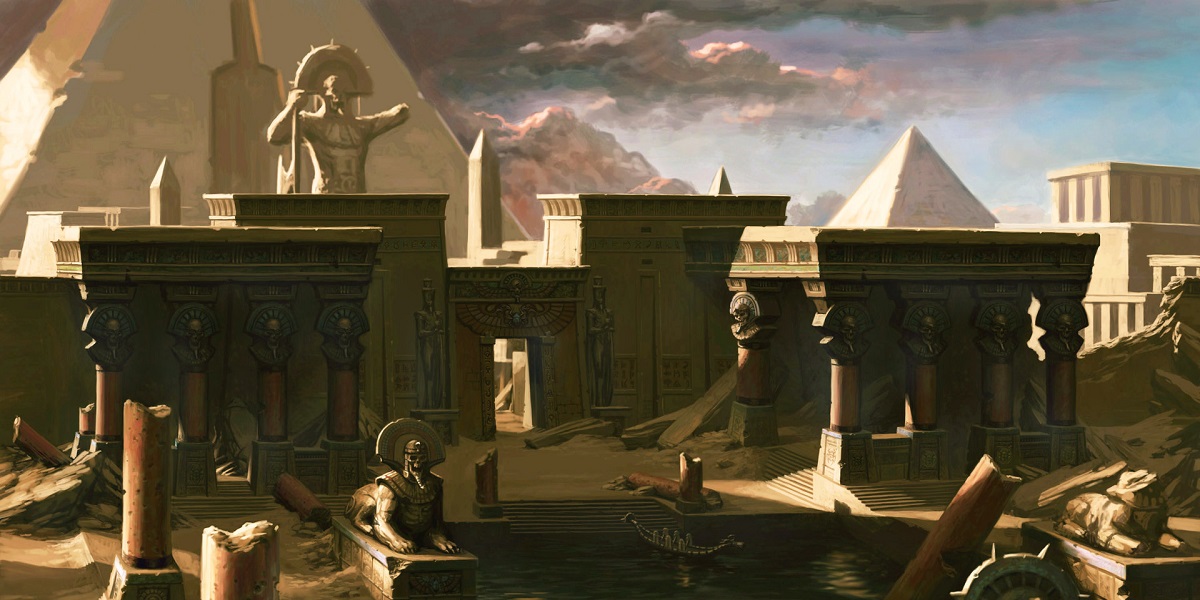 Scholars trace the origins of Khemit back many thousands of years ago when the island was inhabited by hunters and Khemit itself was a sprawling green grassland. Climatic changes turned the island into a desert, but the hunters survived by hunting and fishing and through a primitive form of cultivation they developed.

Geographically, most of Khemit is inhabitted only by sturdy tribesmen who have adapted to desert life and can somehow survive there. They carve out an existance in the desolate reaches of the kingdom and although technically living in the Kingdom of Pharoah, they are virtually a nation unto themselves.   The desertification of Khemit was halted by rains that eventually allowed the hunters to settle in Middle and Lower Khemit and access the resources of the The Nylle River. These farmers grew flax and wheat and wove linen fabrics. All maintained large flocks on the delta.   As the farmers maintained their existence, loose communities were formed that gradually became small tribal kingdoms. These kingdoms evolved into two loosely governed states, known as Middle Khemit, with Luxore as its capital, and Lower Khemit, with Buto as its capital. Upper Khemit was then, and still is, mostly uninhabited.   The two kingdoms vied for power over the land of Khemit. Eventually, the struggle led to the victory of the south and the unification of the Two Kingdoms under the command of Narmer. This was the beginning of the dynastic period of the Pharaohs and modern Khemit as it is today.

Civilized Khemit is mostly a broad brush down the center of the island, following the Nylle river from its source in Upper Khemit to where it flows into the sea at the delta. The majority of Khemits population and virtually the entirety of their knowledge, learning, magic and technology is based in that swath, the floodplain of the river. Most of the towns and cities of the country are there. There are a few exceptions with towns like Rosetta and Anhk growing up on the shores of the island and becoming ports for trade with the rest of the world. But for the main part, like in Khemit is based around the Nylle. In fact, for most in the country, the river is life.   Khemit is a land of high magic. This country is probably the single strongest location of magic on the planet, and indeed this is where arcane magic is most understood. The country is famous for its kheri-heb, Mage-Priests who wield unspeakable power. Indeed it is said by some, that the Khemit goddess, Isis, was responsible for introducing magic into the world of Rodinia. Wizards and sorcerers are the most common in this land of all lands in the world, and the Khemit pantheon of gods is many scorefold, meaning that there is no shortage of priests either.